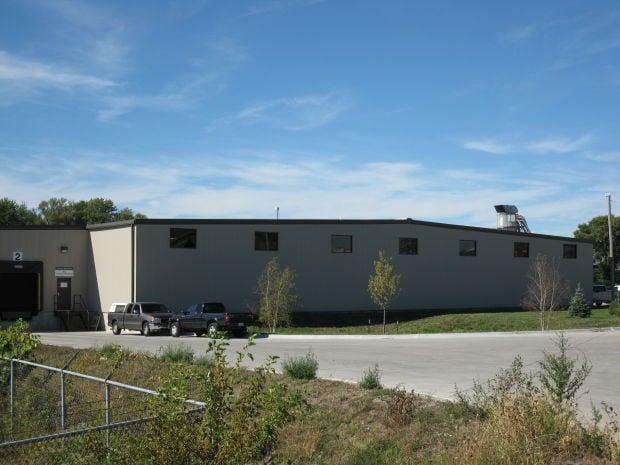 Crawford Co. has completed a 20,000-square-foot expansion of its Rock Island manufacturing plant. 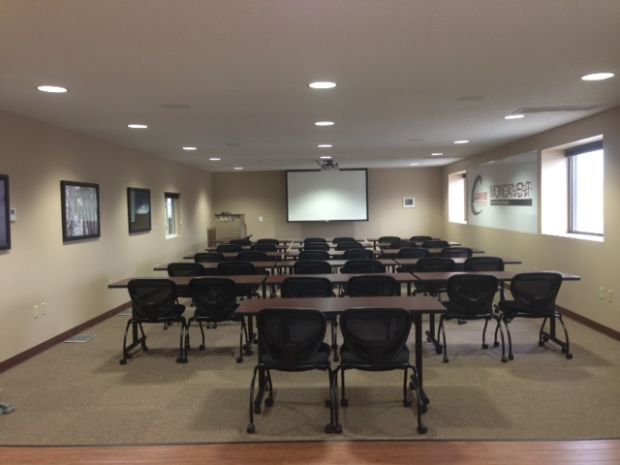 A state-of-the-art classroom is part of Crawford Co.'s recent expansion.

Nearly 18 months after ceremonial shovels broke ground, Crawford Co. and Monoxivent will showcase a $1.7 million expansion at its Rock Island facility with an open house today.

Crawford, the parent company of Monoxivent, will open the doors of its  facility at 1306 Mill St. from 3-7 p.m. to customers, vendors, suppliers and community members.

Ian Frink, a company vice president, said the 20,000-square-feet expansion has been fully functional since May when Crawford hosted its first training conference on site. A new state-of-the-art training center for up to 50 people was added as part of the expansion.

With the new facility, Crawford has 67,000 square feet of building space on 3.63 acres in west Rock Island. The new structure includes space for light production, warehousing, shipping and receiving as well as the training classroom. The project also included landscaping and added parking.

''The most exciting thing for us is that when we had the groundbreaking (April, 2012) we had 72 employees and since then we've grown to 105," Frink said.

Although the growing Monoxivent division was one of the original primary drivers for the need for more space, Frink said the company now also has seen significant growth in some of its other divisions, including welded fabrication, laser cutting, brewing systems and custom architectural. Crawford also has expanded geographically into Dubuque, where Crawford North has field crews at John Deere Dubuque Works and Hormel providing welding and fabricating work on site.

Founded in 1952 as Crawford Heating & Cooling, the company is a regional leader in heating, air conditioning, plumbing, laser cutting, and welding within the industrial, commercial and residential markets. Monoxivent produces indoor air cleaning systems mainly throughout the United States and Canada within industrial and commercial markets. It produces fiberglass reinforced plastics through the UnderDuct and Corrosion Composites brands.

In 2012, company sales surpassed $24 million for the first time.

The company is owned by Frink; his father, Bob Frink, and Jim Maynard. Another longtime employee, Larry Anderson, completes the management team as its chief financial officer.

Frink said the company is landlocked at its current location, but added that he would not rule out more expansion in the future.

Support for the project came from The National Bank, Quad-Cities Chamber of Commerce, Quad-Cities First, the city of Rock Island and the Small Business Administration. The project also created construction jobs across the various building trades, he said.

Particulars: The event will include facility tours, contests, games, prize drawings and refreshments. The ribbon-cutting will be at 3 p.m. with tours from 4-5 p.m.

GENESEO — An outdoor area in downtown Geneseo has developed into an important space.

Crawford Co. has completed a 20,000-square-foot expansion of its Rock Island manufacturing plant.

A state-of-the-art classroom is part of Crawford Co.'s recent expansion.