More than 1,300 killed in powerful earthquake that struck Turkey and Syria; death toll likely to rise 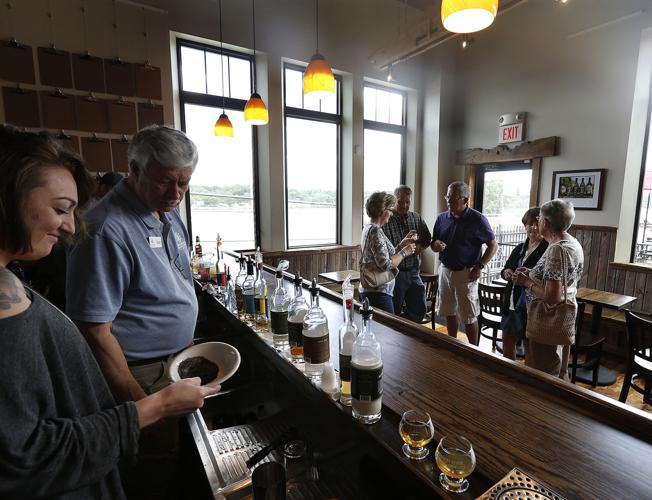 Bartender Jamie Harris tests recipes at the Mississippi River Distilling Co. in LeClaire during a public tour. The distillery opened a bar, called Cody Road Cocktail House, in June 2017, when Iowa law changed to allow distilleries to sell alcohol by the glass. 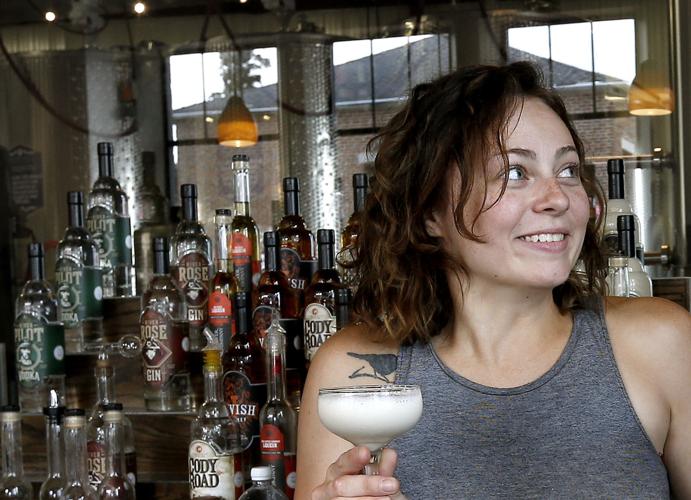 DES MOINES — To honor the anniversary of the first Iowa-made bourbon, Cedar Ridge Winery and Distillery each July hosts a festival on its grounds in Swisher.

Thanks to a new state law that allows craft distilleries to sell its product on-site, the most recent festival was a massive success: Cedar Ridge sold nearly 2,400 cocktails over the three-day weekend, a company executive said.

“In the past we’ve always just done bourbon samples, but this year we still did that and we were also able to sell bourbon cocktails,” said Jamie Siefken, general manager of Cedar Ridge in Iowa’s Cedar Valley. “It was just crazy. It was wall-to-wall.”

Similar success stories are being told across the state almost eight months after the effective start of the new law, for which small distilleries had spent years advocating.

Iowa distilleries have expanded, hired more employees and made more money now that they can sell their product in individual servings on-site, multiple companies said.

Before the state law was changed last summer, distilleries were not permitted to sell their product on-site. They could offer only samples.

Distilleries sought to change the state law not only to gain permission to sell their product on-site, but in their view to create a level playing field, since small wineries were allowed to sell their product on-site. Distilleries near Iowa’s borders also said the state law put them at a disadvantage because some neighboring states, like Illinois, do not prohibit distilleries from selling on-site.

“It will allow our businesses across Iowa to grow, hire more employees and sell their product not only in Iowa, but all across the country,” Iowa Sen. Roby Smith, a Republican from Davenport, said in a statement at the time. “This is a great bill for Iowa’s economic development and small businesses.”

Distillery executives and state officials say the impact has been immediate.

Mississippi River Distilling has added roughly 10 new employees and transformed a bar space it had been using for tastings into an area where customers can now order drinks, Burchett said. Sales have increased under the new law, which has helped increased tourist visits, foot traffic and interest from regular customers, he said.

“Really it’s the drink by the glass that changed things for us. We offer 20 cocktails that are made on-site for us, and it allows us to showcase the things that you can do with our spirits,” Burchett said. “It’s been a fantastic change.”

The new law has helped Cedar Ridge transform from being known primarily as a winery to a combination winery and distillery, Siefken said. The old bar at Cedar Ridge was torn down and replaced by a new one that is more functional for serving cocktails, Siefken said. The renovation started before the new law went into effect, but with the expectation it was coming.

He said revenue has increased roughly 10 to 15 percent under the new law.

“As far as day-to-day visitors go, revenues, that kind of stuff, it’s been wildly successful,” Siefken said. “We feel like the drinks by the glass was kind of that last obstacle to really put us where we would like to go on a local market. ... That was kind of the last obstacle that we had to overcome before we could grow the way we wanted to grow.”

Templeton Rye, in the western Iowa town of Templeton, underwent a $26 million expansion this past year. That project also began before the new state law went into effect, but with an eye toward its expected approval. The expansion included a museum and a 55,000-square-foot barrel aging warehouse.

The company did not return messages seeking comment, but an attorney for the company previously said the new law would have a positive impact on Templeton Rye.

“When people go to visit a winery or a brewery or a distillery, they do a tour, and then they want to have a taste, and then they want to buy a bottle,” Andy Anderson, an attorney for Templeton Rye, said in March 2017 while the legislation was being debated. “It’s harder to do this if you can’t do tasting, can’t sell a couple of bottles. This bill really gives us this opportunity.”

Previous attempts to change the law were rebuffed in part over opposition from beer wholesalers. A task force of government and industry officials met in the months leading up to the 2017 legislative session, and the proposed changes were approved during the session.

The top official at the state department that oversees and regulates alcohol sales said the law change has been a positive. The department said there has been an increase in statewide sales of native distilled spirits manufactured by small distilleries, but while the new state law may have played a role in that, it is not the only reason for the increase.

“(The new law) created new opportunities for our local entrepreneurs to expand their business models and have a new way to be competitive in today's marketplace,” Steve Larson, administrator the state Alcoholic Beverages Division, said in an email. “It also maintains the integrity of the three-tier system, which is vital in protecting public health and public safety.”

LeClaire distillery spotlighted in 'Made in Iowa' video

From Iowa’s oldest operating woolen mill in Amana to the state's first meadery, five artisans are spotlighted in a promotional video series, c…

Proof positive: Serving by the glass is a hit for Mississippi River Distilling Co.

On Sunday, people were three-deep to order at the Cody Road Cocktail House bar at Mississippi River Distilling Co. in LeClaire. They were join…

LeClaire distillery to debut its long-awaited cocktail house on Saturday

Bartender Jamie Harris tests recipes at the Mississippi River Distilling Co. in LeClaire during a public tour. The distillery opened a bar, called Cody Road Cocktail House, in June 2017, when Iowa law changed to allow distilleries to sell alcohol by the glass.