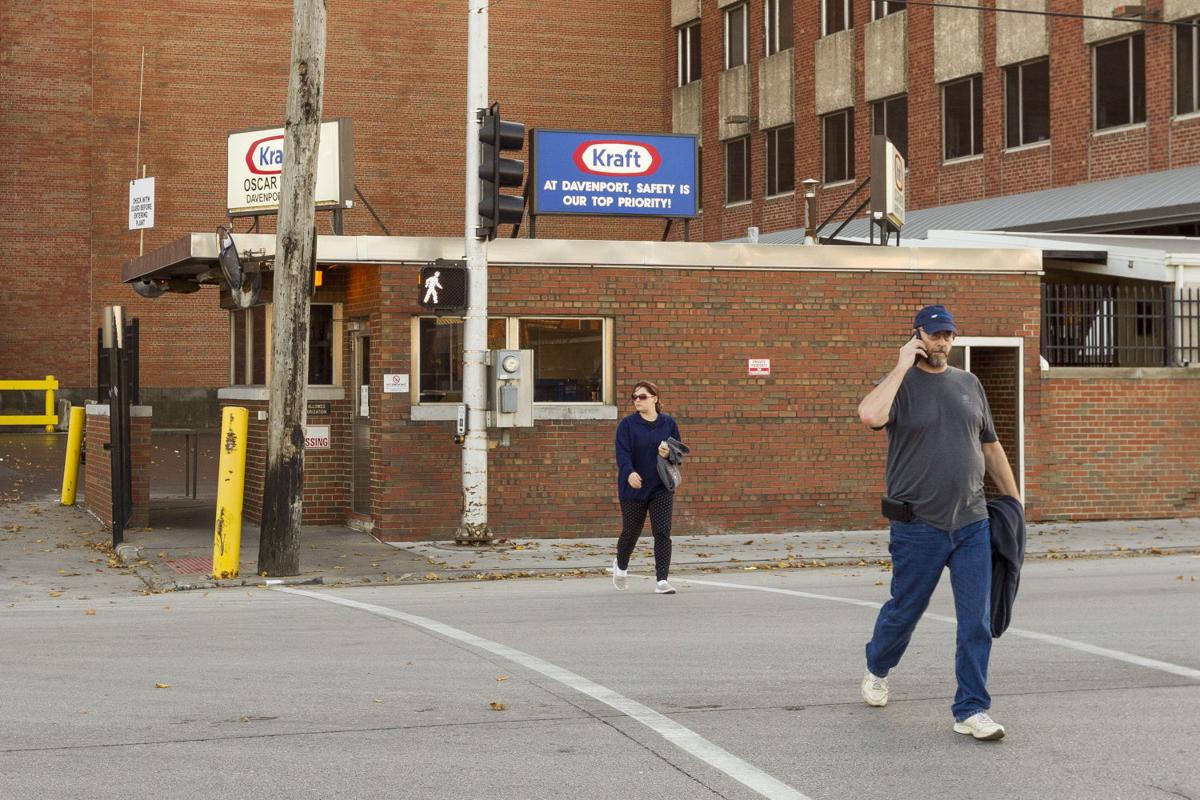 Workers leave the Kraft Heinz/Oscar Mayer plant Nov. 3 after learning that Kraft Heinz will move production from its current Davenport facility to a new $203 million state-of-the-art facility to be built in the Eastern Iowa Industrial Center in northwest Davenport. 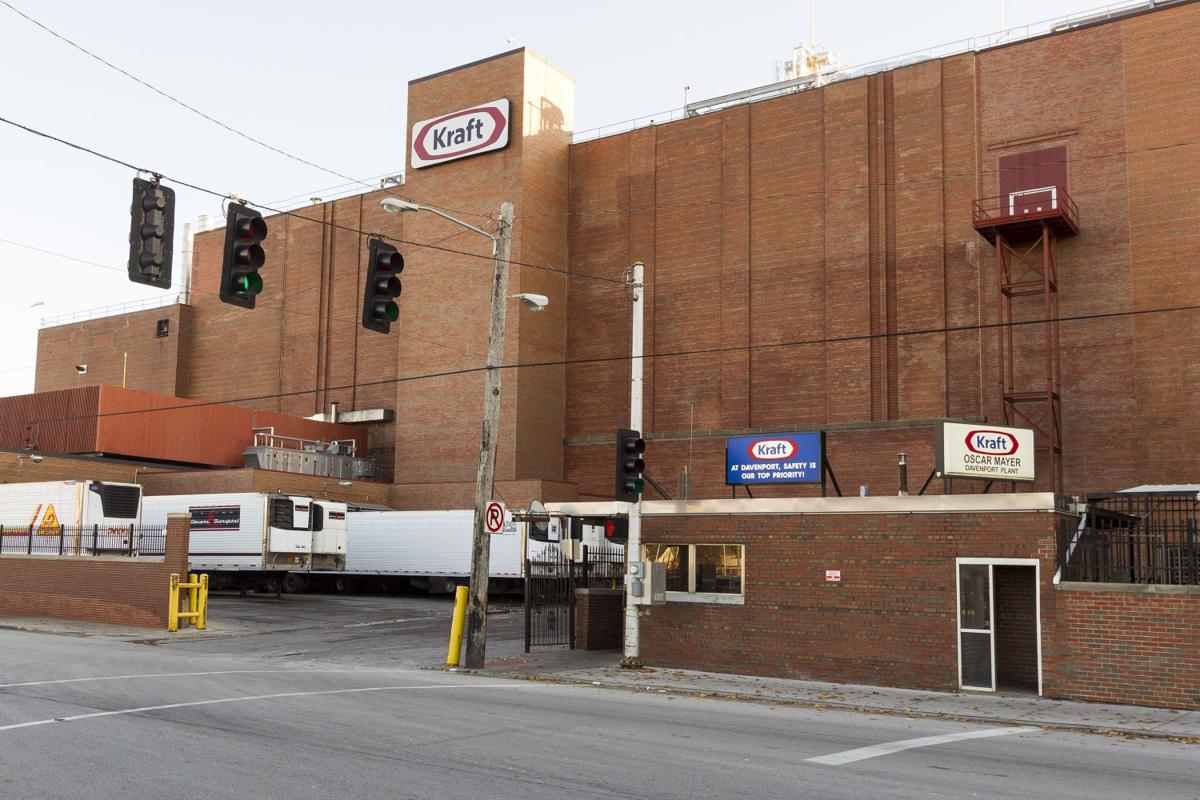 Kraft Heinz announced Wednesday that it will move production from its current Davenport facility to a new $203 million state-of-the-art facility it plans to build in the Eastern Iowa Industrial Center in northwest Davenport. 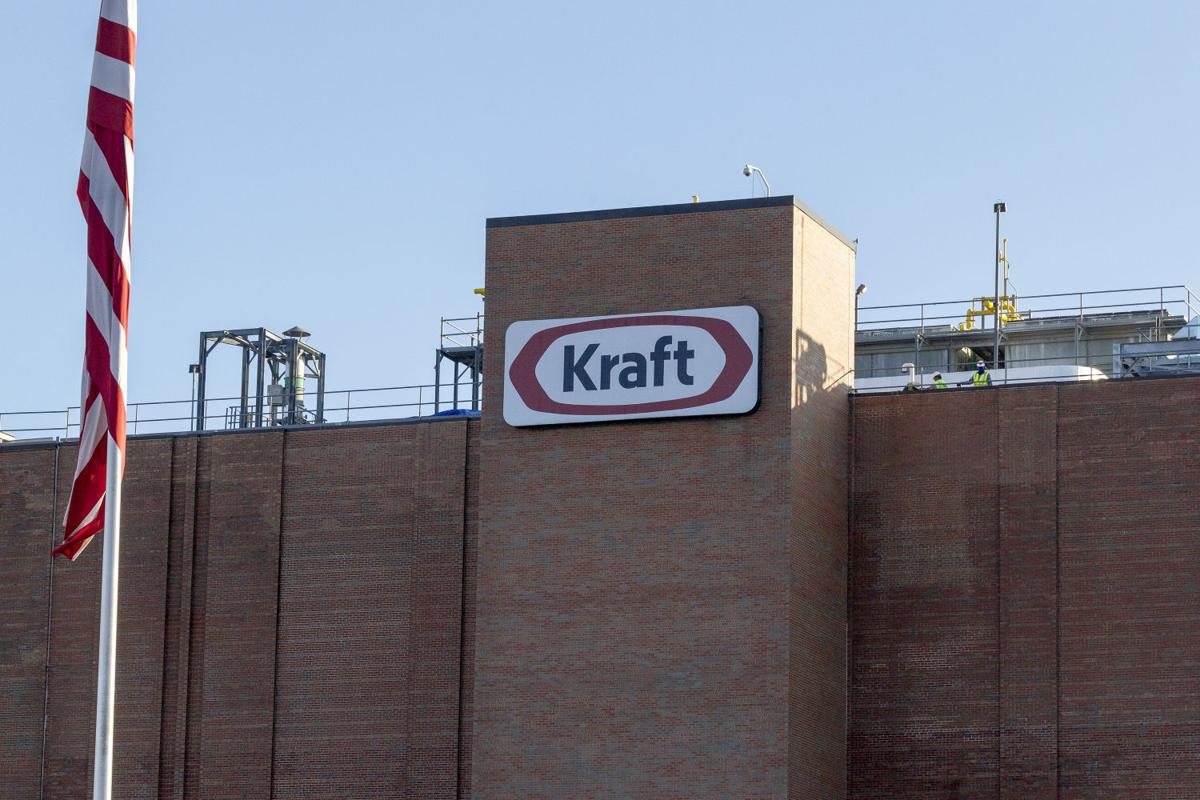 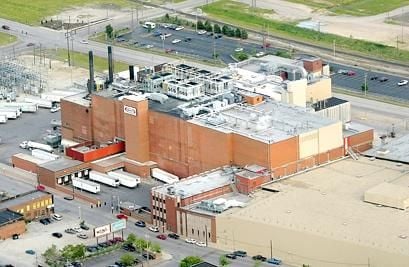 Kraft Heinz is the parent company of the Oscar Mayer meat processing plant in Davenport. 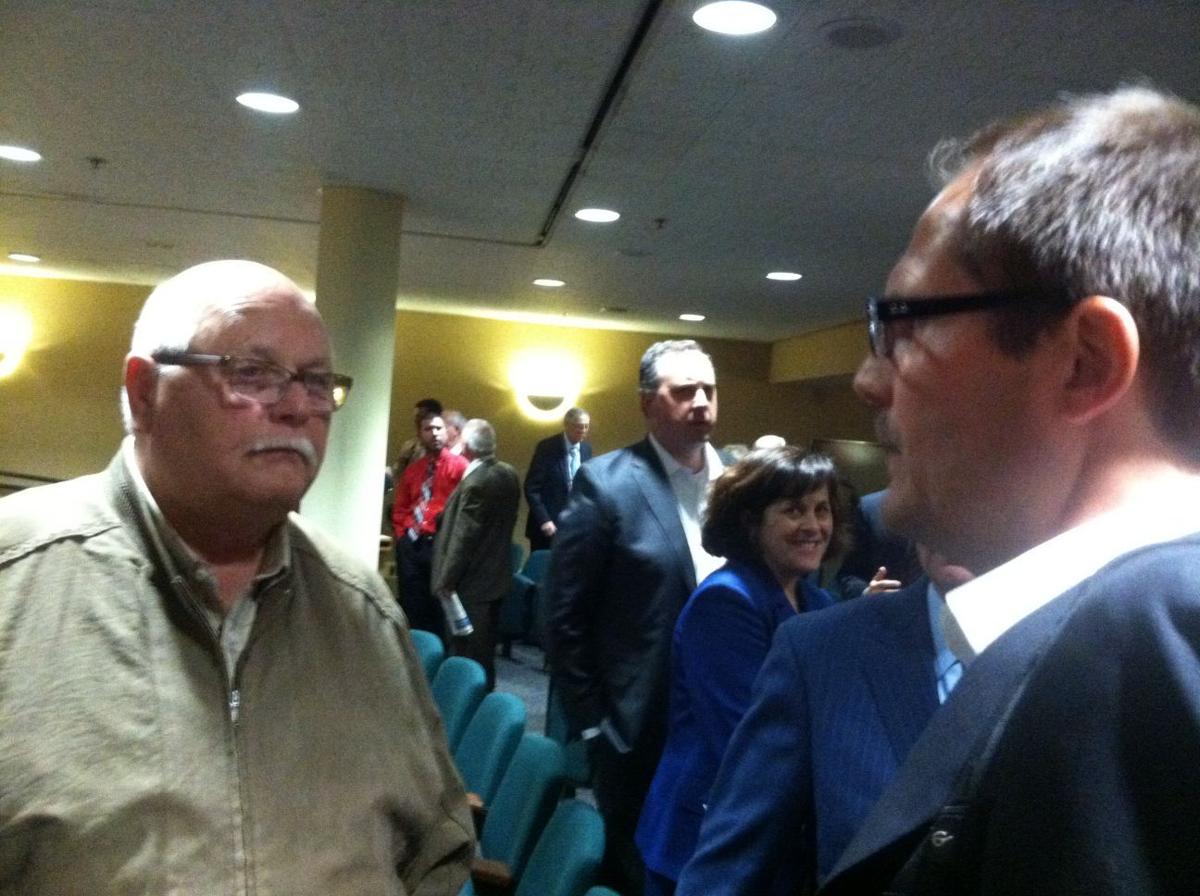 Kraft Heinz announced Wednesday that it plans to move its operations on Davenport's Rockingham Road to the city's Eastern Iowa Industrial Park as part of a company-wide restructuring that will mean a net loss of 2,600 jobs in North America.

Company officials did not say what would happen with employment levels in Davenport at the longtime Oscar Mayer plant. A company estimate in January put the number of workers at the plant at 1,400. But an economic development package that will be voted on Thursday morning by the Iowa Economic Development Authority calls for a minimum of 475 jobs to be retained.

State lawmakers who were on a conference call Tuesday with Debi Durham, Iowa's top economic development official, said they weren't given specifics but were told there will be losses here.

"It will be a reduction in force," said Rep. Cindy Winckler, D-Davenport.

Sen. Rita Hart, D-Wheatland, who is a non-voting member of the economic development authority and also was on the call, added, "they said this is better than to lose the entire plant and be left with an empty building."

Kraft Heinz was considering sites in two states for its new plant, according to a state document.

Kraft Heinz said in an email that it could not predict what employment levels would be in Davenport.

"Because the production move will occur in a staged process over the course of the next 12-24 months, the full number of impacted jobs is not completely known," the company said. It added that there will be no immediate employment impact.

As employees filtered out of the Oscar Mayer plant Wednesday afternoon after meetings with company officials, some said they were told as much as half the workforce would be lost.

Jerry Messer, president of Local 431, United Food and Commercial Workers,  said the company did not provide a figure in a telephone call to his office Wednesday morning.

Kraft Heinz will invest $203 million in the new Davenport facility, according to documents from the city of Davenport, which took up its own incentive package Wednesday.

Through the use of tax increment financing, the city will contribute an estimated $10 million over 15 years to the project, Davenport Mayor Bill Gluba said after the city council voted on a series of resolutions.

"If we don't do this, we'll get nothing," Gluba said. "We would prefer to keep 1,400 jobs, but in the real world it doesn't work that way. They may stay here if we give them an incentive package. Otherwise, they'll go to Missouri. You trade tax dollars for jobs; that's the reality of capitalism."

After the city council meeting, Mark Malenke, who said he works on asset strategy for Kraft Heinz, said construction on the new Davenport facility could begin in the spring. But he said it will be some months before a final employment figure is settled on.

“We’ll share as we learn, and as those details come out we’ll share them with you,” he said.

He acknowledged less labor would be required, something he said occurs “when you invest in new automation and a new facility that’s more efficient."

Asked whether there was any consideration given to closing the Davenport operation, he said, “We looked at all options everywhere. We went though everything we could, and this was the right answer. We feel good about building a facility here. We really do,” he said.

The existing plant, which was built in 1915, will be closed within one to two years when the new facility is completed, the company said.

The changes in Davenport come as part of an overall restructuring by Kraft Heinz that will close six plants in the U.S. and one in Canada, and cut 2,600 jobs.

In a staged process over the next 12 to 24 months, production in these locations will shift to other existing factories in North America.

The company also announced Wednesday it will move Oscar Mayer and its U.S. Meats Business Unit from Madison, to its co-headquarters in Chicago to centralize its U.S. business units. The relocation will move 250 jobs to Chicago.

The company’s cheese production will move from Champaign, Ill., into other factories across its network, and Champaign will be established as a center-of-excellence in dry and sauce production. Both moves will take up to two years to complete.

“Our decision to consolidate manufacturing across the Kraft Heinz North American network is a critical step in our plan to eliminate excess capacity and reduce operational redundancies for the new combined Company,” company spokesman Michael Mullen said in its statement. "This will make Kraft Heinz more globally competitive and accelerate the company’s future growth."

The consolidations come on the heels this year's merger between Kraft and Heinz.

Kraft Heinz's announcement, while outlining the loss of 2,600 jobs in North America, also emphasized it will invest hundreds of millions of dollars in improving capacity utilization and modernizing many of its facilities with the installation of state-of-the-art production lines.

"We have reached this difficult but necessary decision after thoroughly exploring extensive alternatives and options,” Mullen said.

Paula Arends, director of the IowaWorks office in Davenport, said her agency will provide job training, workshops, job search skills and other assistance when it is called upon.

(Brian Wellner contributed to this report.)

The Iowa Economic Development Authority will vote this morning on a package of incentives for Kraft Heinz through the state’s High Quality Jobs Program.

According to authority spokeswoman Tina Hoffman, the award includes up to a $1 million sales tax refund on the building materials for the new plant and a $750,000 Research Activities credit. It also includes a forgivable loan of up to $3 million.

The loan, she said “would only trigger” in the event that the existing facility at 1337 W. 2nd St., Davenport, is demolished. “We position our award so if that happens we make sure the community ends up with a development-ready property.”

The state award is based on Kraft Heinz retaining 475 jobs, and of those, of which 261 jobs must meet the laborshed wage threshold of $17.84 an hour, Hoffman said. The wage represents 100 percent of the threshold because Scott County is considered a “Distressed County,” she said. Without the designation, which is tied to an area’s unemployment rate, the jobs would have had to pay 120 percent of the laborshed wage, or $21.41.

Iowa’s state economic development board on Thursday approved nearly $5 million in financial assistance for Kraft Heinz, which is closing one p…

Most popular business stories of 2015

Here are the most popular business stories published in 2015. See more at qctimes.com/top2015.

Workers leave the Kraft Heinz/Oscar Mayer plant Nov. 3 after learning that Kraft Heinz will move production from its current Davenport facility to a new $203 million state-of-the-art facility to be built in the Eastern Iowa Industrial Center in northwest Davenport.

Kraft Heinz announced Wednesday that it will move production from its current Davenport facility to a new $203 million state-of-the-art facility it plans to build in the Eastern Iowa Industrial Center in northwest Davenport.

Kraft Heinz is the parent company of the Oscar Mayer meat processing plant in Davenport.