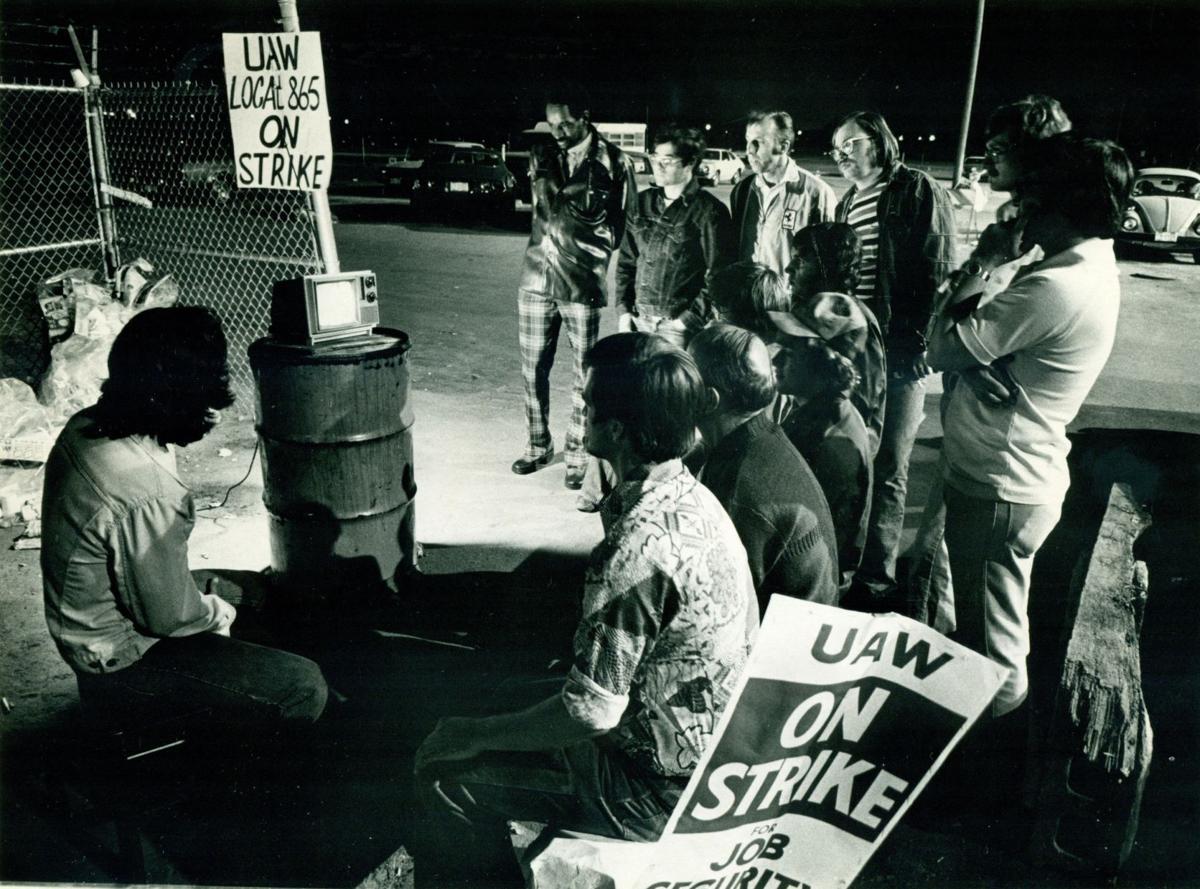 Striking Deere & Co. employees at the Harvester plant in East Moline moved their picket line around a television set placed on an oil drum so they could watch Monday night football on Oct. 5, 1976. The strike lasted six weeks. 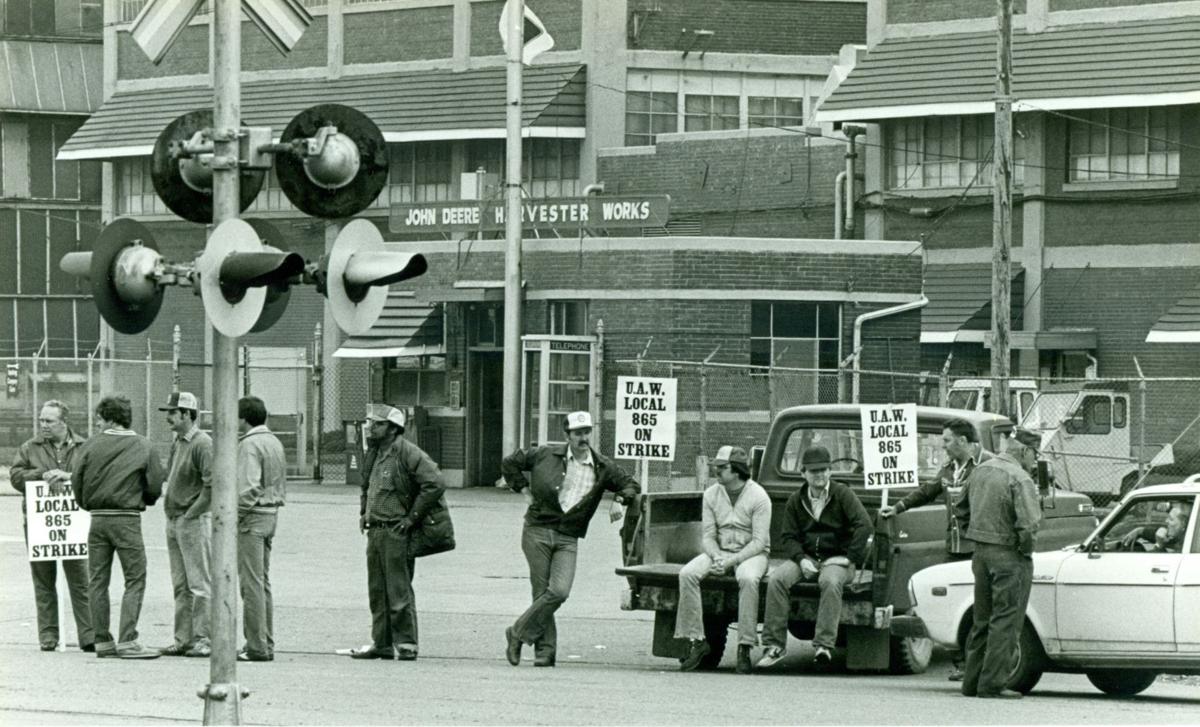 On June 2, 1983, picket signs came out, but workers speculated the strike wouldn't last long. It was over in about 13 hours.

The last time United Automobile, Aerospace and Agricultural Implement Workers of America (UAW) went on strike against John Deere & Co., they were out for 163 days, according to media accounts at the time.

The strike started on Aug. 24, 1986, and the parties reached a tentative settlement on Jan. 27, 1987. Requested job security measures were initially turned down by Deere negotiators, prompting the strike.

Throughout the five months, local Deere suppliers in the area suffered financial losses due to the sudden decrease in demand from Deere factories. Companies collectively laid off hundreds of employees to limit the financial impact.

Union members ratified the tentative settlement with 84% of workers voting for the contract. Workers gained settlement bonuses for the strike, diversions on the quarterly cost of living payments, an increase in retirement and pension pay, and Martin Luther King Day off as a holiday. In order to gain job security against layoffs, the union agreed to a wage freeze.

Union workers gained job security in 1986 through the Protected Employee Group. Ninety percent of laid-off employees were required to be put into the group, where they would be put into training programs or shift to a different type of work or plant location.

In June 1983, UAW workers went on strike for about 13 hours before a new agreement was reached. At that time, there were 28,500 UAW members at 11 Deere plants in Illinois and Iowa, and an additional 390 members in warehouse jobs in Colorado, Georgia, Minnesota and Tennessee, according to published reports. The workers received a 3.9% cost of living increase on base wages and quarterly cost-of-living adjustments.

On Oct. 1, 1979, about 31,000 UAW workers walked off the job at Deere, for a three-week strike. During that negotiation UAW targeted Deere for a strike while continuing to negotiate with the two other large implement factories, International Harvester and Caterpillar. They ultimately agreed to a contract with 3% pay increases annually, a quarterly cost-of-living increase, and increased retirement benefits that included free eye and hearing aid benefits for retirees and their dependents. according to published reports at the time.

Over 10,000 Deere workers brace for strike, supplemental employees could be left behind

Deere and Co. workers are expected to walk out if no deal is reached Wednesday.

Striking Deere & Co. employees at the Harvester plant in East Moline moved their picket line around a television set placed on an oil drum so they could watch Monday night football on Oct. 5, 1976. The strike lasted six weeks.

On June 2, 1983, picket signs came out, but workers speculated the strike wouldn't last long. It was over in about 13 hours.