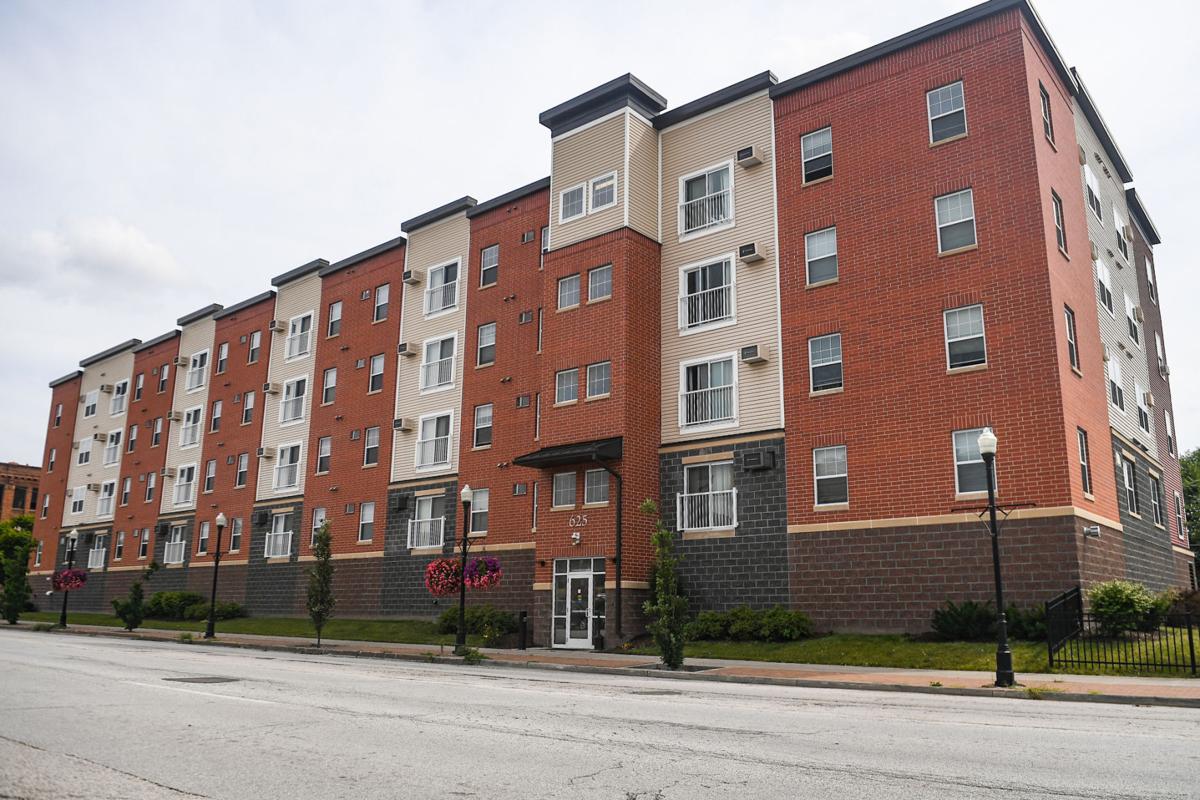 There are only 17 apartment complexes in Davenport that have income-restricted or median-income based rents for the general population. They are all in two census tracts, running east and west below 13th Street to the Mississippi River. 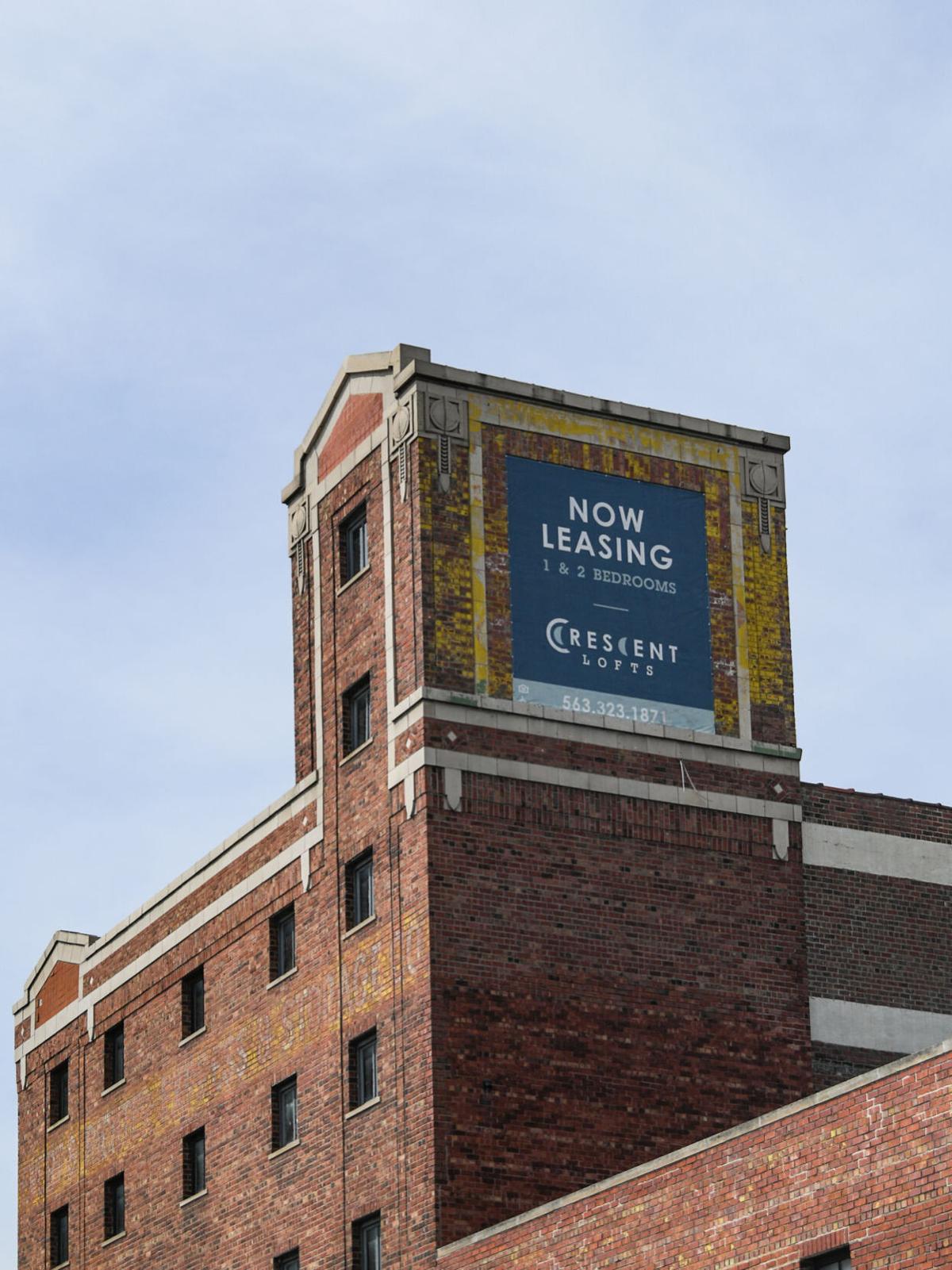 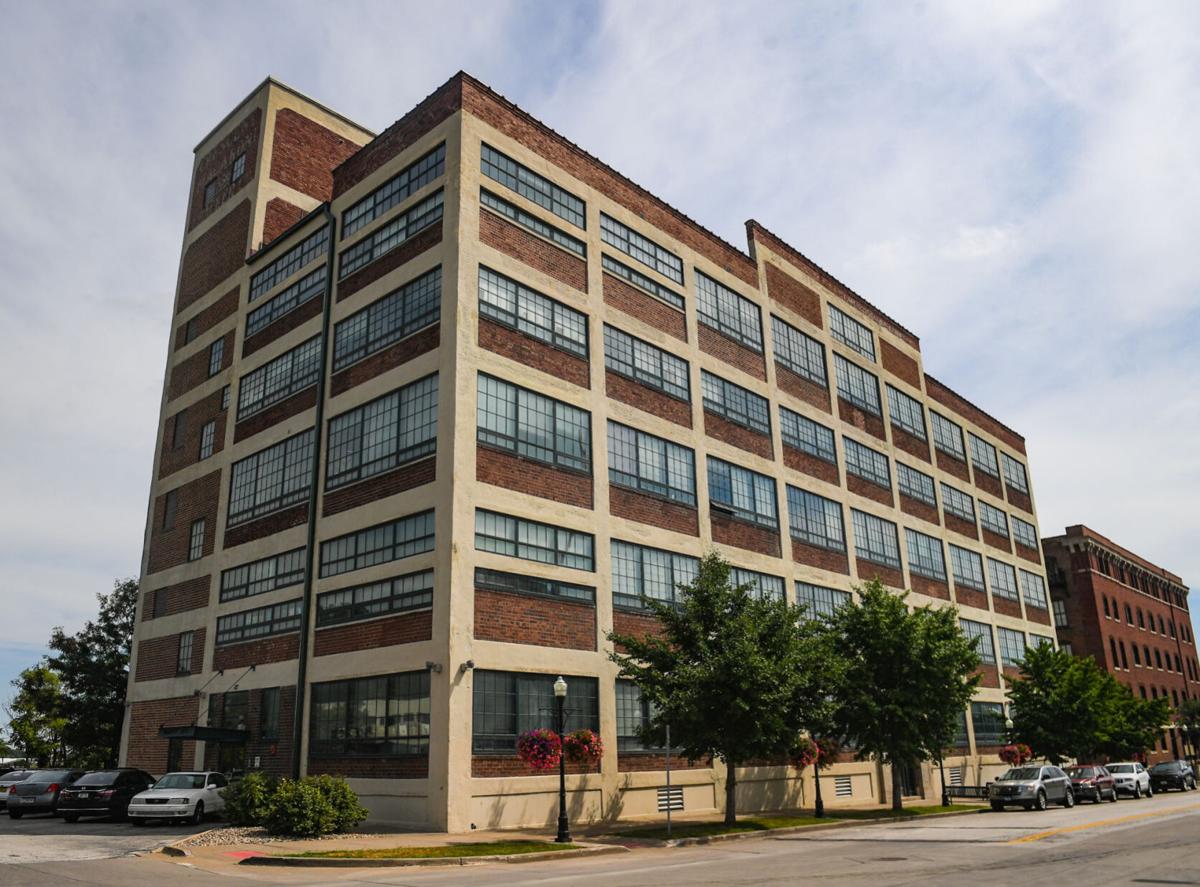 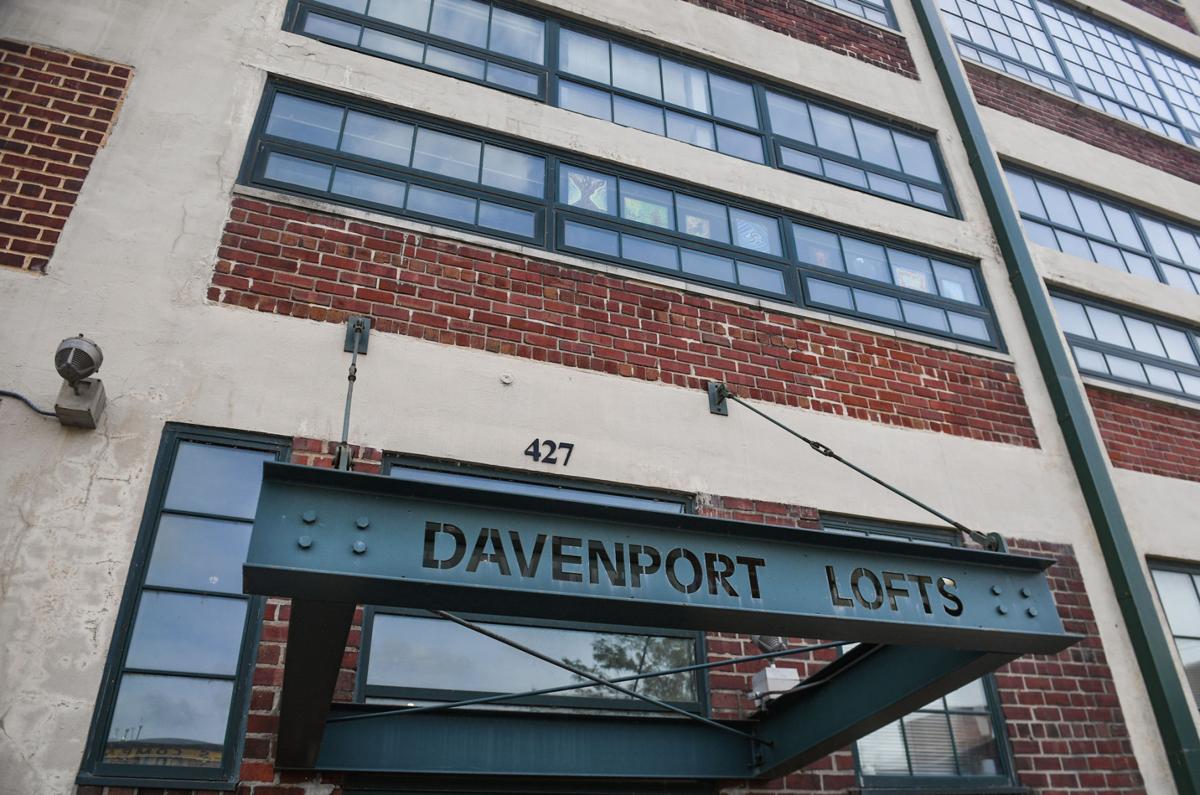 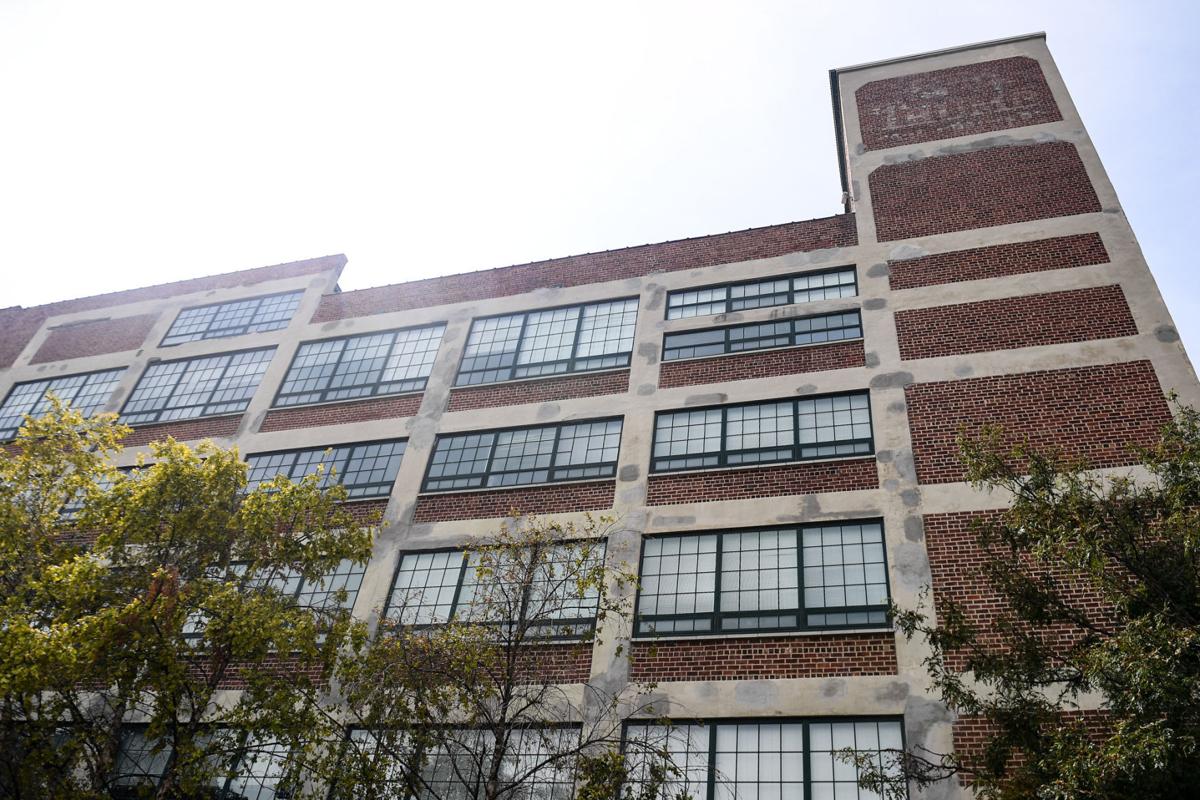 When thinking about a move from the Illinois Quad-Cities to the Iowa side, Rachel Pitchford imagined she'd live in a newly constructed, loft-style apartment.

Then she saw the rents.

Pitchford, president of PR Network of the Quad-Cities and Love Girls Magazine, found an apartment within her means, though she compromised on style.

Rent prices are climbing in Davenport, and it's becoming increasingly difficult to find affordable housing, especially for those who earn low incomes.

Davenport’s median gross rent prices are second-highest in the Quad-Cities at $771 per month. Median household income is second-lowest, according to data from the 2019 American Community Survey 5-Year Estimates by the U.S. Census.

Minimum wage earners — $7.25 an hour — paying the median rent price would spend 66% of their monthly income on housing alone. Financial advisors recommend paying no more than 30 percent. To do that, you need to earn at least $16/hour, more than twice the minimum wage.

“If they can own affordable housing or they can live in an area that's affordable, it gives them a chance to not put every dime they have into where they live,” Meginnis said. “I'm often giving them references if there's an agency I know that's got a way they can save some money on their energy bill.”

During her apartment search, Pitchford found the qualifications for government-sanctioned affordable housing. She said it would be difficult for people with such low income levels to ever move out of subsidized housing.

“You are leaving very little for savings for a person to ever come out of that situation,” Pitchford said. “Once you get a (higher) income, you are not going to immediately magically acquire savings because you just got a new job.”

A promotion might increase their income enough to make them ineligible for subsidized housing, but they would not earn enough to afford other housing, she said.

A cluster of low-income housing

Davenport doesn't have enough low-income housing to meet the needs of vulnerable citizens, according to the Housing Needs Assessment.

A review of the listings on Iowa Housing Search — the website Davenport officials recommend when searching for low-income housing — showed 29 low- to medium-income apartment complexes that are income restricted, have income- or income-median, based rent, are familiar with the Section 8 process, and/or received a tax credit during their construction. Twelve are restricted to seniors or people with disabilities. That leaves 17 apartment complexes open to the general population who meet income requirements.

Nine of the 17 are in adjacent census tracts, 109 and 106 — which line the Mississippi River in south Davenport, below W 14th Street and E 12th Street.

Otávio Bartalotti, professor of economics at Iowa State University, who studies economic mobility, said it is common to see low-income housing clustered in one part of a city.

These characteristics can perpetuate poverty.In these tracts:

Communities of color face extra challenges achieving economic mobility because of institutional racism that has historically prevented investment in communities with higher rates of people of color, which perpetuates poverty, according to the Urban Institute. Households of color make up the majority of the population experiencing housing problems in the Quad-Cities, according to the Housing Needs Assessment.

Current federal and state low-income housing regulations offer contractors additional funds to build in low-income communities, an attempt to provide housing to the areas of greatest need. But this can be damaging, experts say.

Clusters of low-income housing in cities further economic and racial segregation in the U.S., Bartalotti said.

Revitalization of older buildings in communities with lower incomes can help to meet the housing needs of a city while revitalizing communities, according to Bartalotti. But new low-income housing being distributed across the city would help to combat segregation.

“It would allow for better access to public services in more integrated neighborhoods, both racially and income wise,” Bartalotti said.

“You develop this pattern that becomes very difficult to reverse,” Meginnis said. “Here's cheap housing so we'll put more housing for poor people here, for people who can't afford to live anywhere else.”

Not only has Davenport concentrated the majority of low-income housing into one area, but Meginnis said Davenport and Rock Island share the burden of providing most of the low-income housing for the entire Quad-Cities region. But their facilities still aren’t enough to meet the demand.

A lack of funding from state and government entities can prevent the construction of new government-sanctioned affordable housing, according to Bruce Berger, director of community planning and economic development of Davenport.

“There's just not enough money out there to address a dire need,” Berger said.

Requirements to qualify for low-income housing funds from the government can also deter developers, Berger said. For example, flood plans and other paper work are regularly required to retain government funding.

Bartalotti said higher income neighborhoods with few residents of color can use local zoning regulations to preserve “the status quo.”

“People are used to what they are used to and they have a hard time imagining how it could be different and how we could do better for everybody,” Bartalotti said.

Meginnis said an equitable and more diverse community achieved through increased low-income housing, like her own neighborhood, is a healthier one.

“I wouldn't live anywhere else in the city,” Meginnis said. “When I talk about the core area of the city, it also has a lot of texture and richness that honestly, a lot of parts of the city doesn't have.”

Qualifications for housing assistance in Iowa

Bettendorf's rent prices the highest in the Quad-Cities

There are only 17 apartment complexes in Davenport that have income-restricted or median-income based rents for the general population. They are all in two census tracts, running east and west below 13th Street to the Mississippi River.