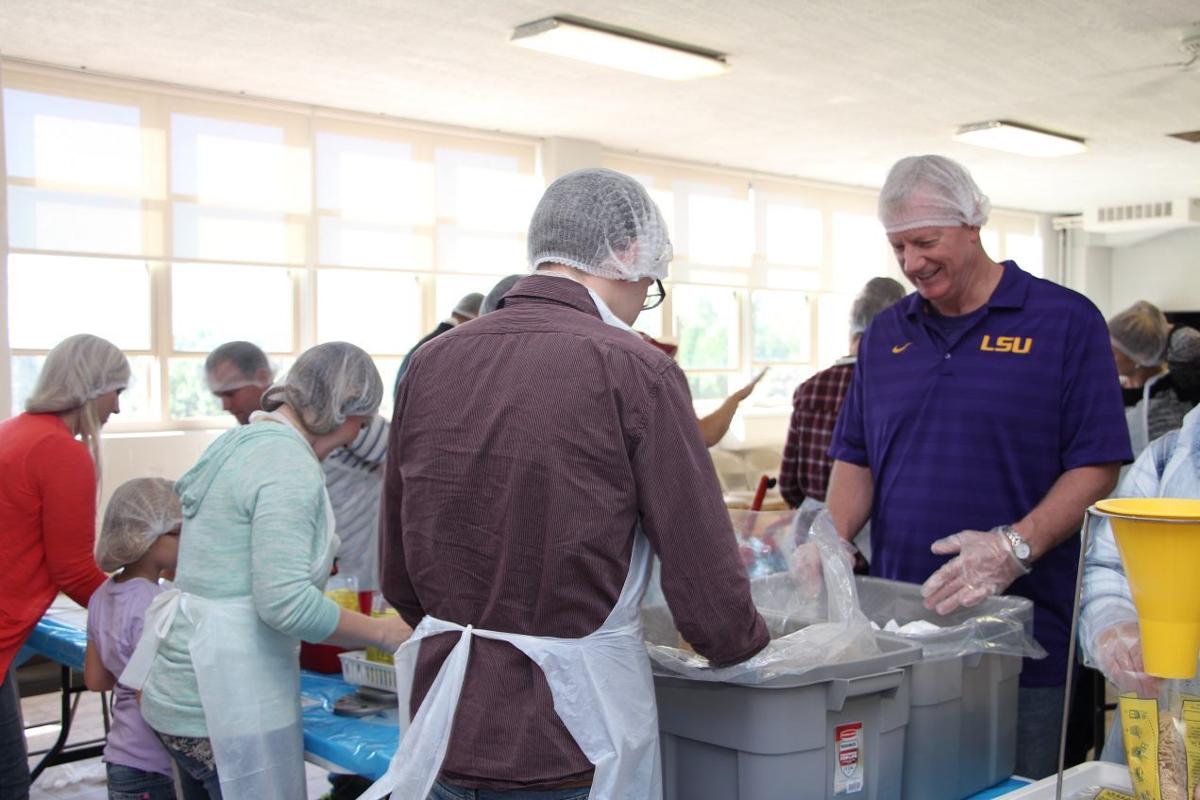 Kenny Massey, right, president and CEO of Modern Woodmen of America, joins volunteers in packing up 5,000 meals as part of the company's campaign to Knock Out Hunger. 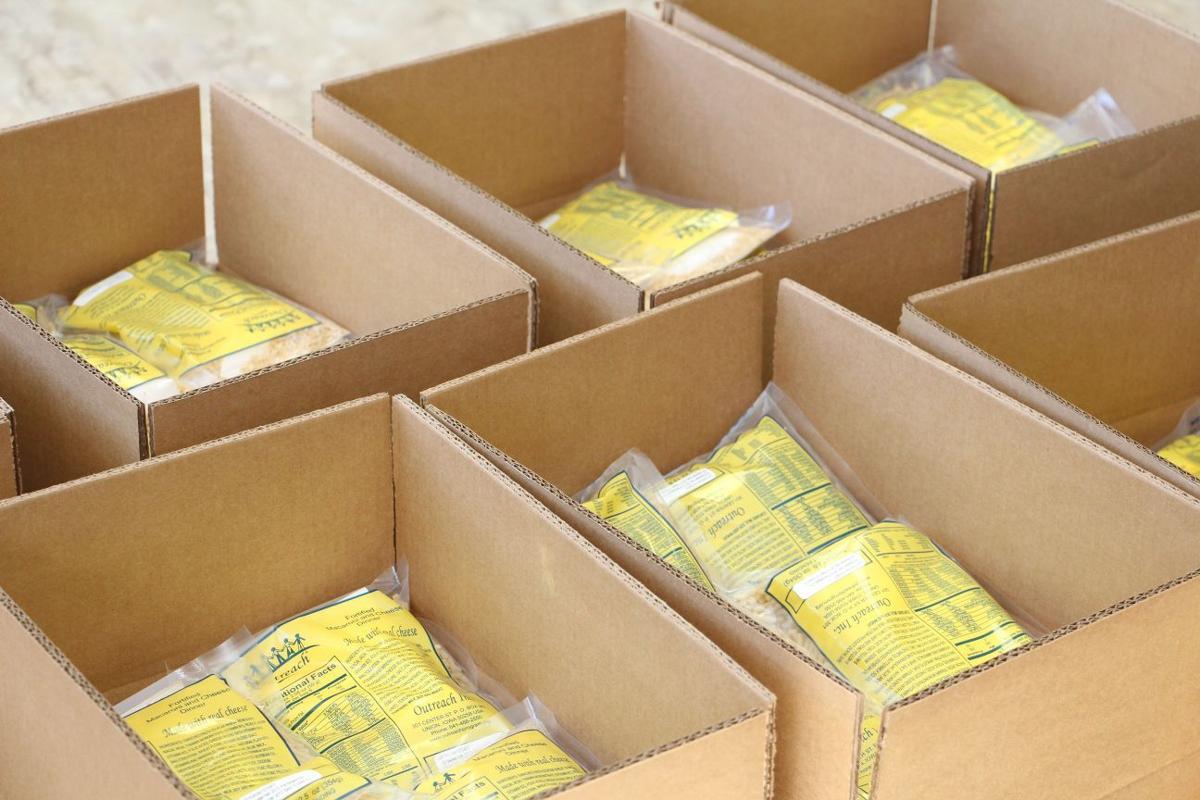 Over the past two years, Modern Woodmen of America has held 65 events to pack meals like these as part of its Knock Out Hunger campaign.

In the past two years, Modern Woodmen of America has rallied an effort to knock out hunger with 67 meal-packing events, 2,300 volunteers and 648,000 meals packed.

The Rock Island-based fraternal financial services organization kicked off the national campaign in an effort to address food insecurity and plans to continue the work through its chapters.

"When we learned how many people in the United States experience hunger, we were stunned," said W. Kenny Massey, Modern Woodmen’s president and CEO. "We knew we had to take action."

Citing 2014 USDA Economic Research Service statistics, the organization said about 1 in 7 households experiences food insecurity. For U.S. households with children, the statistic jumps to nearly 1 in 5.

The Knock Out Hunger campaign began in 2014 at Modern Woodmen's home office in downtown Rock Island. About 390 home office employees organized and participated in a meal-packing event that produced 50,000 meals for River Bend Foodbank, Davenport. They also collected more than 2,500 pounds of food, donated $15,609 to River Bend and volunteered more than 965 hours over the campaign.

The project grew last January when it was introduced to regional directors from across the country at Modern Woodmen's annual conference. Working with their families, the directors packed and donated 50,000 meals and were encouraged to return home and organize meal-packing events.

"Our overall support and enthusiasm for this project was tremendous," he added. "I can’t wait to see what the next year will bring."

Massey said the goal was to pack 500,000 meals last year. "Thanks to the overwhelming support of our employees and representatives, we knocked it out of the park."

The unnamed company is looking away from the Midwest to other regions of the U.S.

Could a Trader Joe's come to the Quad-Cities? Bettendorf resident hopes social media campaign pays off

Farmers needing some construction work done should be willing to open their wallets as well their calendars.

Kenny Massey, right, president and CEO of Modern Woodmen of America, joins volunteers in packing up 5,000 meals as part of the company's campaign to Knock Out Hunger.

Over the past two years, Modern Woodmen of America has held 65 events to pack meals like these as part of its Knock Out Hunger campaign.