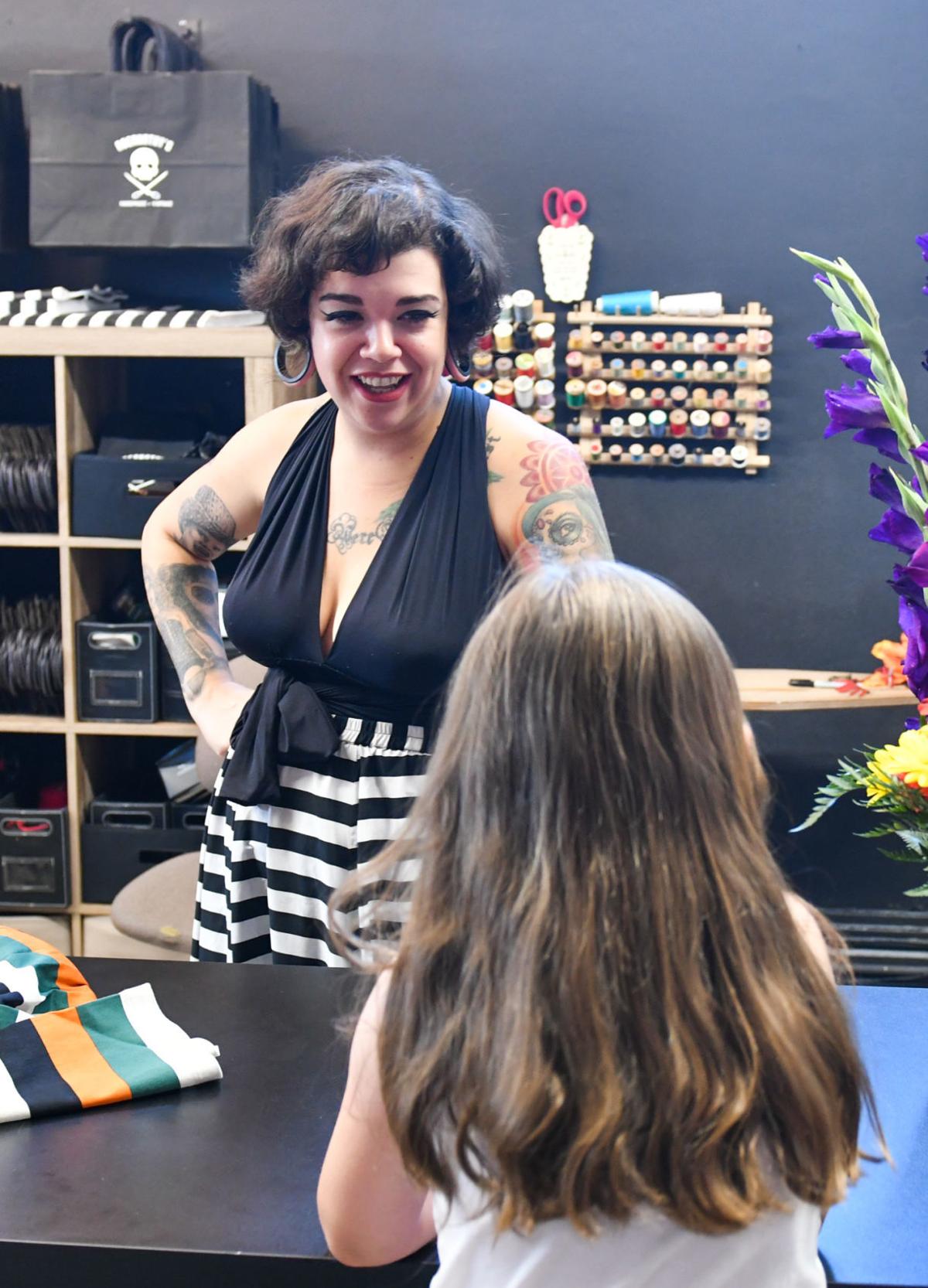 Abernathy's co-owner Rebecca Nicke chats with guests during the store’s grand reopening on Saturday in Davenport. The vintage clothing store was closed by flooding in late April, and opted to move to a new location at 132 West Third St., Davenport. 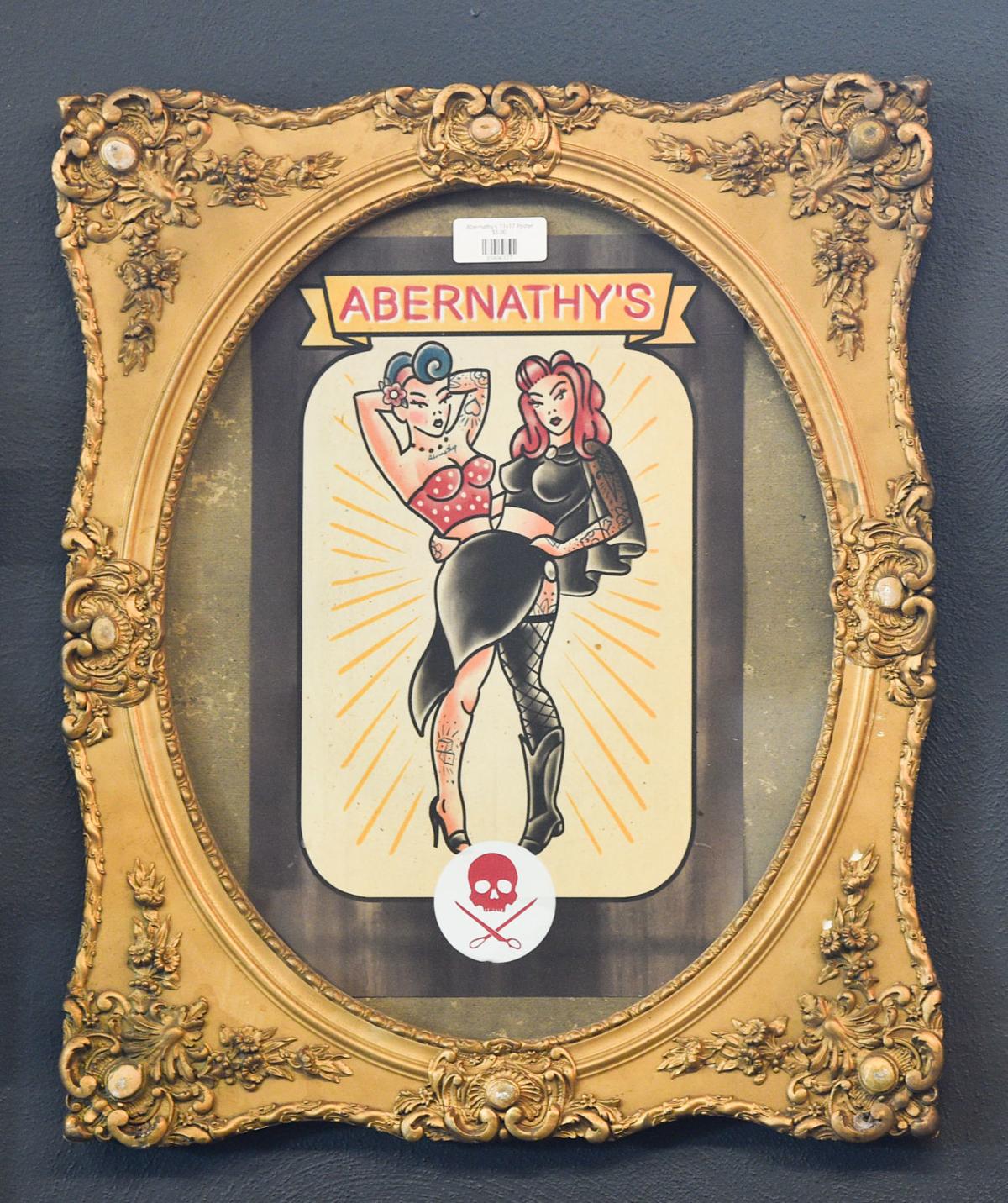 Abernathy's grand reopening on Saturday in Davenport. Abernathy's reopened after closing due to flooding for three months. 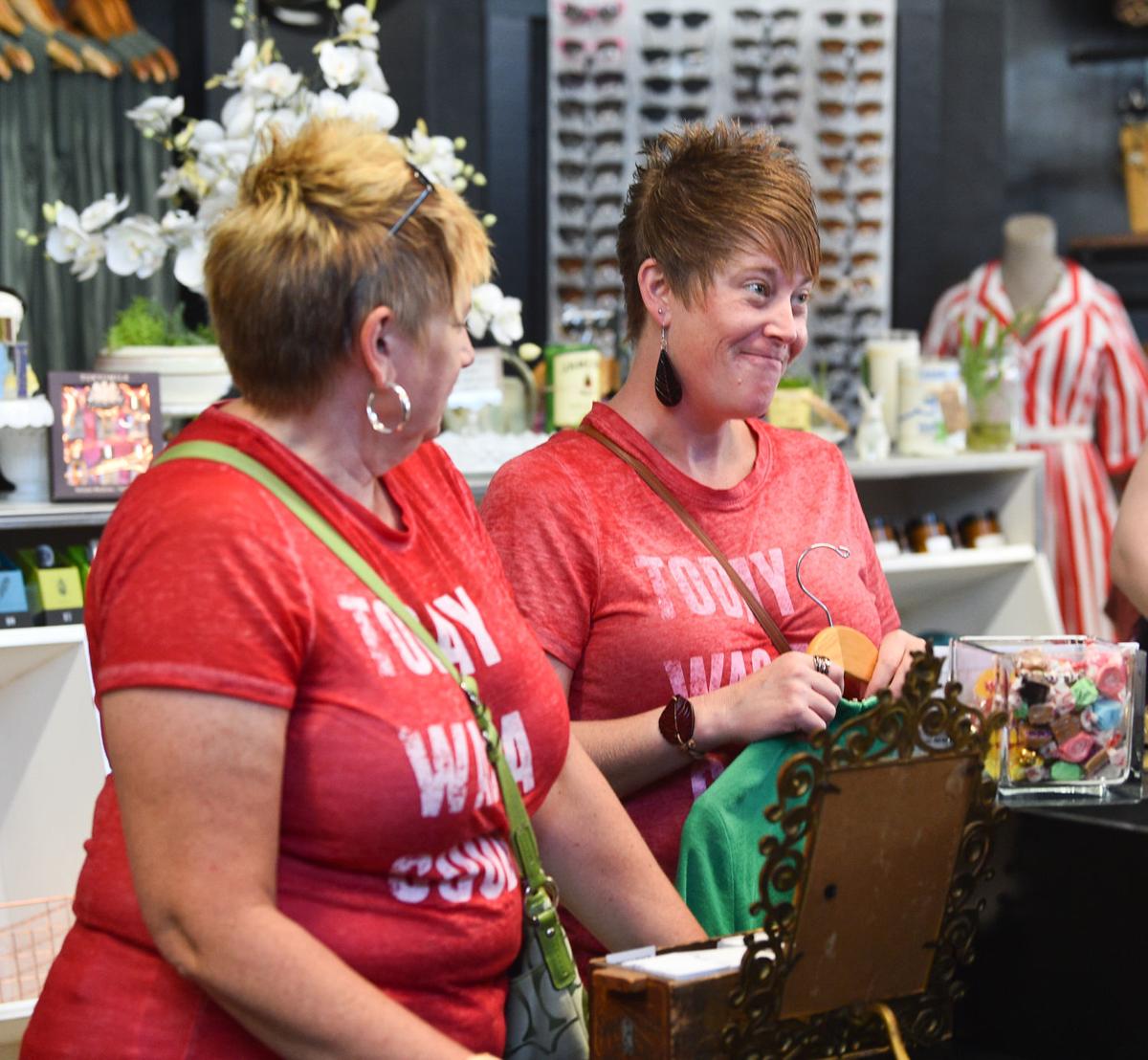 Chris Kessel, of Moline, and Jennifer Williams, of Moline, shop at Abernathy's during the store’s grand reopening Saturday in Davenport. Abernathy's reopened after closing due to flooding for three months.

It's been three months since the HESCO barrier wall in Davenport failed, leading to the downtown area and beyond being flooded for weeks.

While many businesses reopened quickly, some are just opening, and others continue to mull their options.

"We had been searching for an option since the day of the flood," co-owner Becca Nicke said. The shop moved to 132 West Third St., near 392 Caffe. They acquired the building in June.

Nicke said she and co-owner Red Perez wanted to stay in Davenport to make it easier on their customers. They felt loyalty to Davenport, she said. And while the shop was closed, they sold their products at events like car shows and music festivals.

Crafted QC avoided flooding, but plans to move down the street to 221 East Second St. Its current location will close after OMG Beckyfest, which is part of the Alternating Currents festival August 23-24, and plans to reopen October 1.

While Crafted QC reopened a week after the flood, owner Mary Talbert said business has been slow, and people still call to see if they remain closed. The new location, where Exit Realty had opened just two months before the flood, will give her the space for retail and classes. Exit Realty will remain in the building, but move upstairs.

On the west side, MidAmerican Glass owner Michelle Magyar says her building on Rockingham Road was surrounded by water for three months.

"We were unable to operate business as usual," Magyar said.

For a week after the flooding, employees boated in to work, and trucking operations ceased for two days. They had 30 pumps running constantly, to drain the area.

Once the flood level was down to 17 feet, water receded from the parking lot. But other issues arose, Magyar said. The north offices were quickly remodeled, but the south offices had to be evacuated and will cost "six figures" to remodel before staff can move back in later this month, she said. They also had to upgrade the phone system and relocate servers. Water in the underground phone lines meant static on phone calls or lost phone service for hours at a time.

Other businesses are still in flux. Dylan Steil, owner of Roam restaurant, which was at ground zero when the Hesco barrier broke, said he has not yet made a decision about reopening. The restaurant, had opened its doors just before the flood and suffered catastrophic damage.

"I've got to talk to my team first," Steil said.

"At the moment, we are working on things," Trash Can Annie owner Laura Heath said.

Relief checks are on their way

The grants are distributed in two forms: through the Grow Quad-Cities-Iowa grants, which range from $300-$3,000, and through funding by the Self-Supported Municipal Improvement District, which ranges from $1,500-$10,000. Businesses could apply for both; Abernathy's received $3,500 in grants.

Carter said the DDP is planning a media campaign with the help of donations from MediaComm and the Quad-City Times through the rest of the year.

"We're going to see consistent mass-media advertising for the next several months, and that's something I think is going to be very impactful," Carter said.

The campaign will stress how family-friendly many downtown activities are, Carter said.

Roam restaurant will not reopen in downtown Davenport

Roam, 210 E. River Drive, Davenport, which closed after the Flood of 2019, will not reopen, according to a Friday post on Facebook.

As tens of thousands of people descend upon downtown Davenport for the Quad-City Times Bix 7 and Street Fest every year, local vendors are alw…

DAVENPORT — If you like beer and want to support some important local causes, the 20th annual Brew Ha Ha is the place to be on Sept. 21 at LeC…

Could You Be Dealing with Crisis Fatigue?

Super Savings! Here Are Some Crazy Ways You Can Save Money!

Super Savings! Here Are Some Crazy Ways You Can Save Money!

Abernathy's co-owner Rebecca Nicke chats with guests during the store’s grand reopening on Saturday in Davenport. The vintage clothing store was closed by flooding in late April, and opted to move to a new location at 132 West Third St., Davenport.

Abernathy's grand reopening on Saturday in Davenport. Abernathy's reopened after closing due to flooding for three months.

Chris Kessel, of Moline, and Jennifer Williams, of Moline, shop at Abernathy's during the store’s grand reopening Saturday in Davenport. Abernathy's reopened after closing due to flooding for three months.