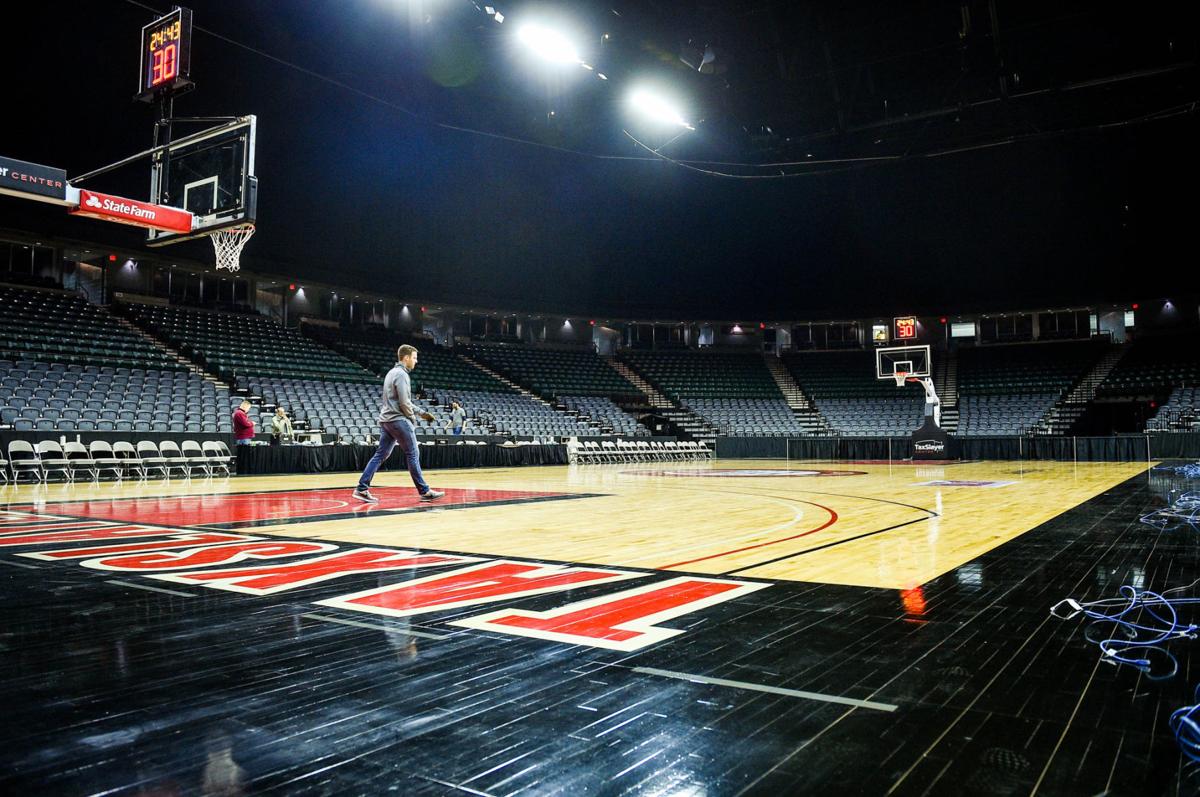 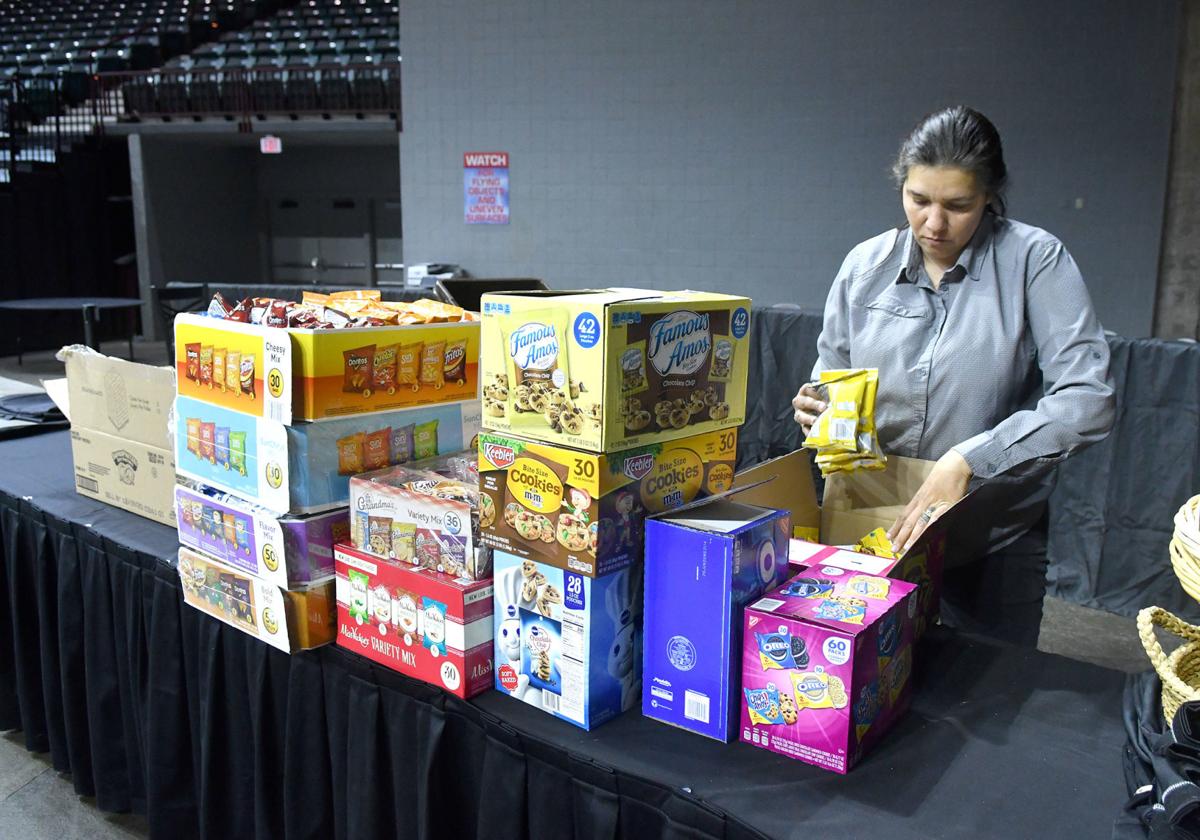 Unite Quad Cities is raising money to help Quad-City people and businesses affected by the new coronavirus. As part of the day-long campaign, the Quad-City Times and Moline Dispatch-Argus are showcasing stories that show how the pandemic has impacted us.

Like the rest of the country, the extent to which it will be affected will depend on the length of the pandemic.

Schools have begun to alter schedules, opting for e-learning if possible — that affects working parents and child care, plus internet access at home.

“Our systems, our public school systems, aren’t geared towards that; they’re geared toward in-person education," said Dave Swenson, an economist and professor at Iowa State University.

In fact, Swenson himself returns to work next week, but ISU students won’t be present in person.

“If they have to close schools for a while, the big issue there is that most of our households have two parents working, and one of those parents is going to get stuck with, especially younger children, daycare,” he said.

“A lot of people don’t work in jobs that have that benefit structure and if they have to take time off to watch their kids, then they’re going to lose their jobs. So these are complications that haven’t been well-thought-out at a national level.”

Quad-City residents have seen cancellations increase, with the most noteworthy cancellations being large college sporting events and several events planned around the St. Patrick’s Day holiday.

Brooke Barnes, Scott County Health Department spokeswoman said the goal of health officials today is to slow the spread of coronavirus and try to avoid overwhelming health resources. She said people showing symptoms of COVID-19, including sore throat, cough, fever and difficulty breathing, should call their health care provider before going to a doctor’s office, walk-in clinic or emergency room.

Giving information about symptoms to their health care provider will help medical professionals triage the cases and send the patient to the most appropriate care, and let health professionals take safety measures before seeing these patients. If people are in obvious distress, they should call 911.

While canceled events grab attention, Swenson said the economy will be tested if large employers, such as manufacturing jobs, have to idle due to coronavirus concerns.

Mark Grywacheski, investor adviser with Quad-Cities Investment Group, noted measures by Italy and China that included cities, if not entire countries, being put on lockdown for periods of time. If that happens in the United States, it would lead to less consumer and business spending.

“Does this start to impact employee payrolls? Do people get laid off? Do companies hold off on their expected hiring? So that’s from an immediate local standpoint. From a broader picture, all of these national economies are going to start to weaken, the global economy, which last year it had its slowest pace of economic growth in 10 years, is expected to be significantly impacted,” he said.

Thursday featured the single worst day for the U.S. Stock Market since 1987, and that volatility likely isn’t going to stop, Grywacheski said, as the markets continue to gauge what’s happening.

“Right now, no one has a definite answer to that, and that lack of certainty is causing this panic in the market.”

Swenson liked the idea of reimbursement of lost income because it would be targeted and send money to a person directly affected by the virus. He is against a proposed payroll tax cut.

“That’s not a very well-thought-out plan and that’s providing a lot of money, but not providing money in a timely way to the people that need it when they need it,” he said.

A payroll tax cut “was an extraordinarily poorly thought-out option,” Swenson said. “The administration right now is very ill-prepared, and it’s flailing. How it’s going to respond to this economically and normal operations in the community … bailing out the oil industry and the airline industry and the tourism industry, that doesn’t make sense. What makes sense is what are we going to do to maintain households?”

Grywacheski said the economic impact will be short-lived if COVID-19 begins to wind down in a few weeks.

“But if this COVID-19 outbreak lingers for two, three, six months, obviously, the impact on the global economy, the impact on the U.S. economy, will be much deeper, as well as long-lasting. That’s why you’re seeing these big sell-offs in the stock market. Sell first, ask questions later. It’s just an initial uncertainty.”

Noting Iowa State University students going to e-learning next week, Swenson said not all jobs can be worked from home. A person can’t work on a manufacturing line or cut hair from home.

“We don’t know if that’s what we’re going to get here. What we have here is these patterns and we have to wait and see what happens here in the United States,” Swenson said.

“The consequences for households, the aggregate of households, are probably much more important than the consequences of specific categories of industry. I’m hoping legislation will be geared in that direction earlier on as we begin to deal with this.”

To donate to Unite Quad Cities, visit unitequadcities.org or text UNITEQC (must be all caps) to 41444.

Unemployment claims continue to rise in Illinois and Iowa as the United States continues to grapple with COVID-19, and mitigation efforts to c…