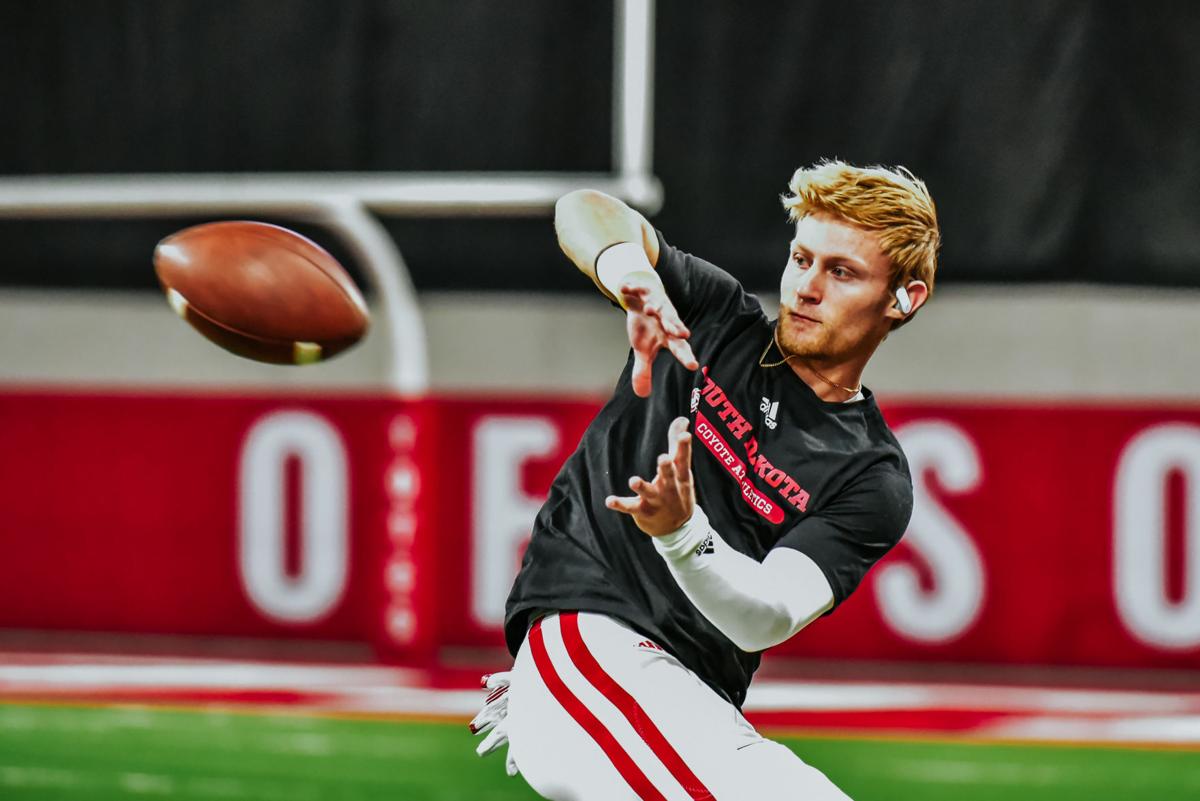 Even while playing quarterback at Bettendorf High School, Carter Bell knew his long-range future in football was as a wide receiver. 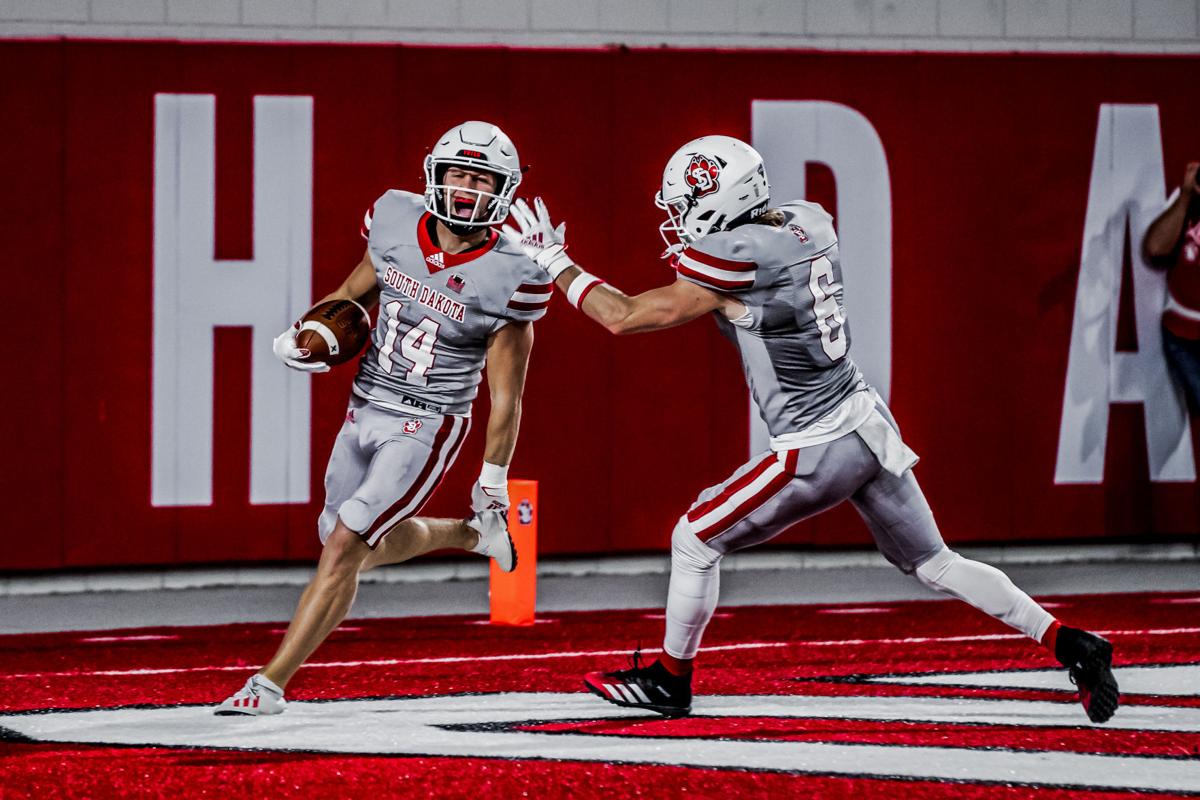 Former Bettendorf High School star Carter Bell (14) has found the end zone on six of his 53 pass receptions during his first 16 games as a player at South Dakota.

Carter Bell was a good enough quarterback at Bettendorf High School to be named first-team all-state. He was a co-captain of the Quad-City Times’ All-Metro team as a junior.

But there never was any doubt that he was going to undergo a position change at the college level.

He knew his future was as a wide receiver even though a few colleges did try to recruit him as a quarterback.

“I really wasn’t interested in that, to be honest,’’ Bell said “I wanted to play receiver. I had my mind made up after that fall of that last season.

“Just playing quarterback all through high school, I was open to playing receiver,’’ he added. “And then I went to camps as a receiver and I kind of liked it more than quarterback, to be honest.’’

It appears Bell made the right choice. In his third season at the University of South Dakota, he is firmly established as the top receiver for the No. 21-ranked FCS team in the country.

Bell has caught 29 passes for 402 yards for the 5-3 Coyotes heading into Saturday’s game at Western Illinois. He also led them in receiving during an abbreviated four-game spring season prompted by the COVID-19 pandemic and had some success as a true freshman in the fall of 2019.

Through the first 16 games of his college career, he has caught 53 passes for 740 yards and six touchdowns and has had two or more receptions in each of the past 15 games.

And because of the way things have worked, he still is only a freshman in terms of eligibility.

He played in only the last four games of the 2019 season so under NCAA rules he was able to use that as a redshirt season. And those four games in the spring also did not count against his eligibility because of the pandemic.

“It was nice with the redshirt rule that I got to play in those four games and still keep my redshirt,’’ Bell said. “I definitely gained a little experience playing receiver at the college level.’’

But he said he still feels as though he is in the developmental stages as a receiver.

“I’m learning new things every day,’’ he said. “It was a little rough coming in. I wasn’t sure how I was going to adapt to it but I adapted pretty well and I just keep learning every day.’’

The 5-foot-10, 170-pound Bell, who also serves as the Coyotes’ primary punt returner, plays primarily in the slot, catching a lot of screens and short passes over the middle.

“I look at myself as more of an after-the-catch guy. Getting open in space is something I’m pretty good at,’’ he said. “I know I’m not the biggest guy so I’ve kind of got to work my way around those bigger linebackers and stuff.’’

It undoubtedly helps that Bell is the son of a coach. He said he talks to his father, Augustana College head coach Steve Bell, after pretty much every game.

“He watches our film after every practice or every game, then we talk on the phone,’’ Carter said. “He’s not really coaching me. I’m more mature now so we have more conversations about the game and what works better against some stuff.’’

He said his father never has pushed him to do things in sports that he didn’t want to do.

“He’s helped me out here and there but he’s never forced me to do anything or told me how to play,’’ Bell said. “He really just kind of lets me be and learn on my own.’’

After a bye on Saturday, Bell and South Dakota are looking for a strong finish and hopefully a berth in the FCS playoffs.

The Coyotes play in what is widely regarded as the toughest FCS league in the country. In most weeks, the Missouri Valley Football Conference has five or six teams ranked in the FCS Top 25.

They recorded back-to-back wins over ranked teams — North Dakota and Northern Iowa — a few weeks ago before losing to unranked Illinois State. After playing Western Illinois, they finish with games against a pair of top-10 opponents, South Dakota State and North Dakota State.

“In our conference, you can’t go into a week thinking you’ve got an easy game or the other team’s not going to come out prepared or anything like that …’’ Bell said. “We played Illinois State last week and they were at the bottom of our conference and they ended up beating us. That just shows you how in our conference that no one is easy. Anyone can beat anyone.’’

'It's going to tie us together': Thousands of Quad-Citians celebrate, reminisce on completed Illinois-bound I-74 span

Thousands of Quad-Citians, current, former and visiting, paraded across the new Illinois-bound span of the I-74 bridge on Wednesday with many …

Festival of Trees parade returns to the Quad-Cities

The holiday season has returned to the Quad-Cities.

At Bettendorf Public Library, we are excited to provide the community with high quality resources, unique and valuable programming, and access…

There will be a community celebration on the new eastbound I-74, Dec. 1, said George Ryan, the I-74 corridor manager at a news conference Monday in Bettendorf.

These are Pleasant Valley Junior High School students on the Honor Roll for the 1st quarter of 2021-2022:

Even while playing quarterback at Bettendorf High School, Carter Bell knew his long-range future in football was as a wide receiver.

Former Bettendorf High School star Carter Bell (14) has found the end zone on six of his 53 pass receptions during his first 16 games as a player at South Dakota. 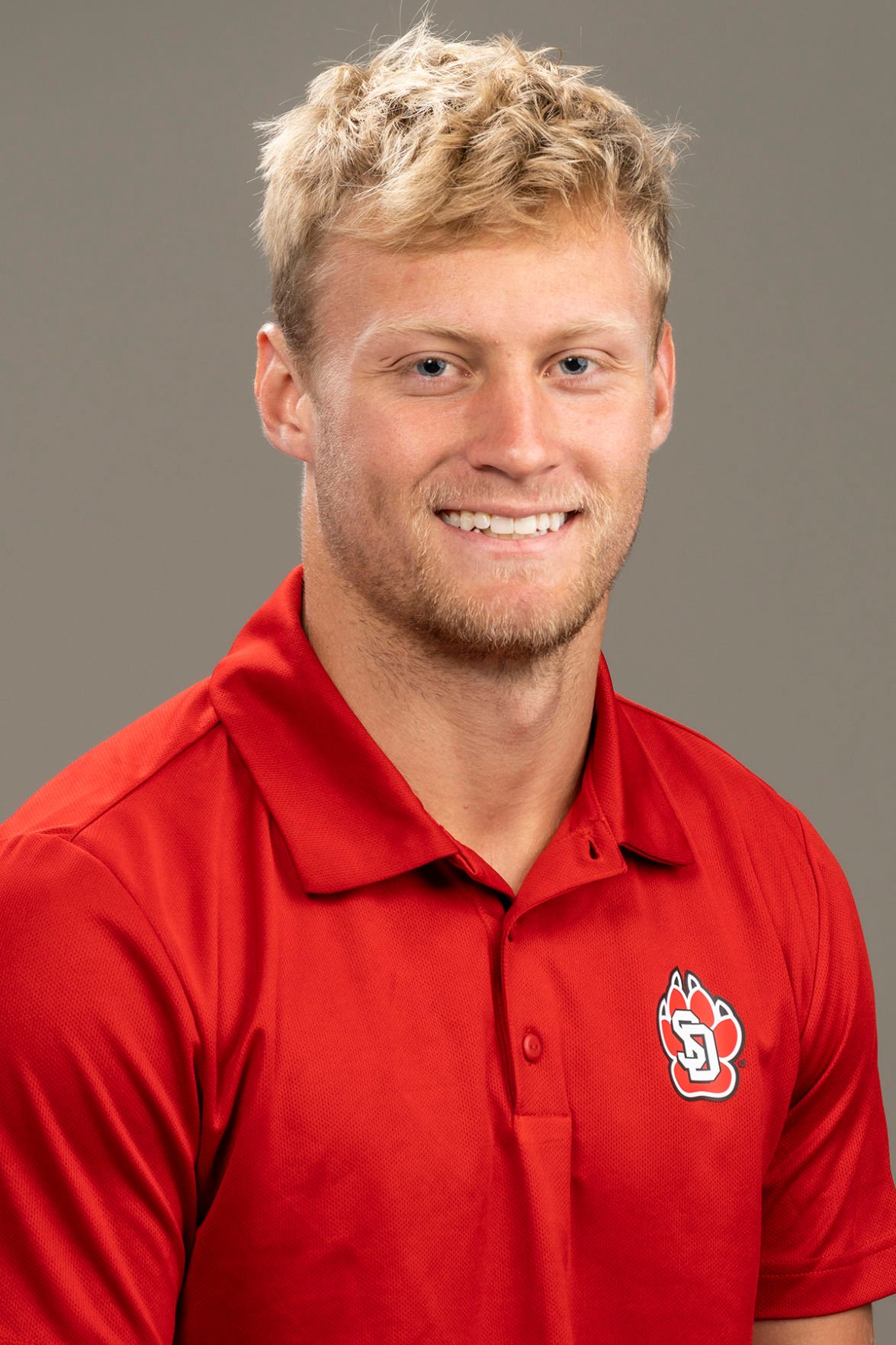