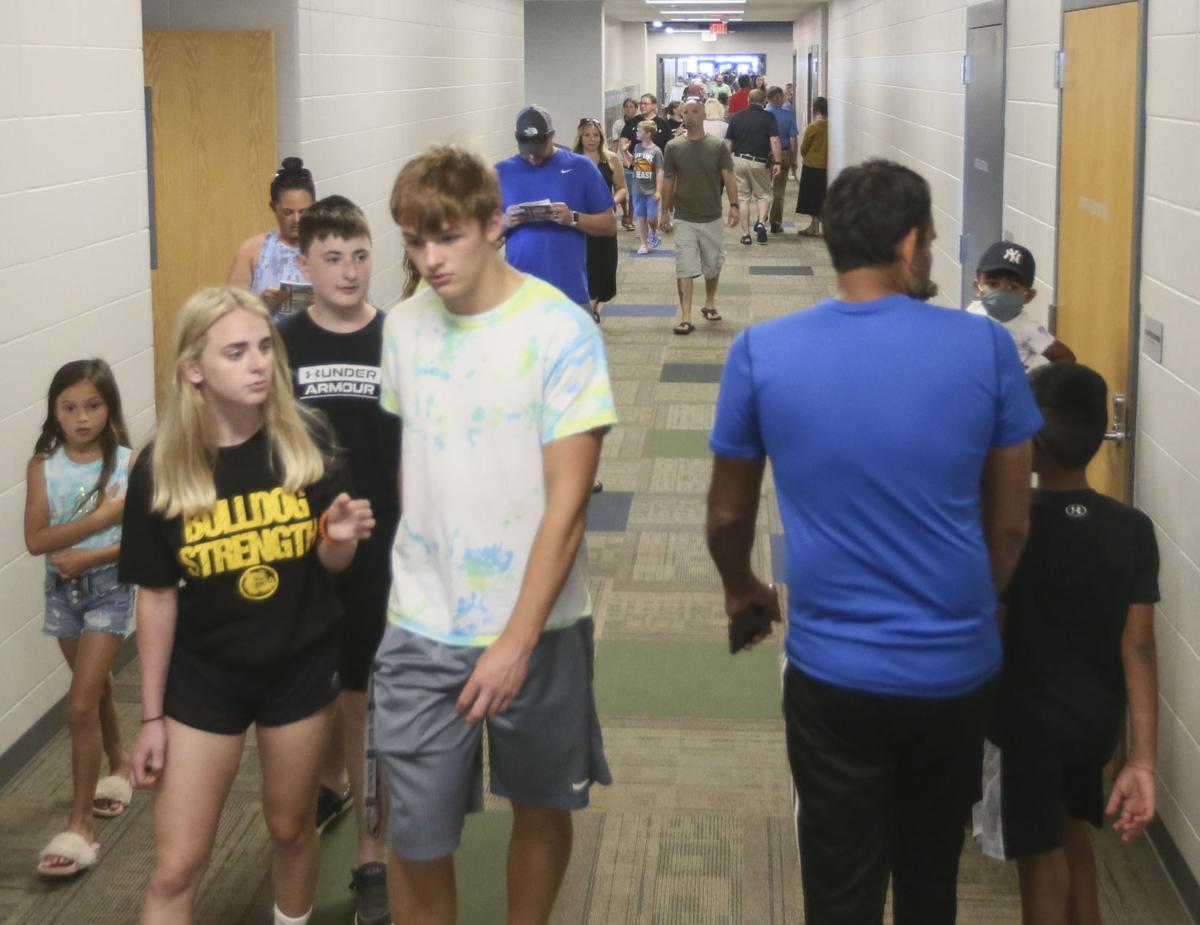 Students and their families walk through the halls of Forest Grove Elementary during Pleasant Valley Community School District's open house and dedication ceremony for the new elementary school on Sunday. 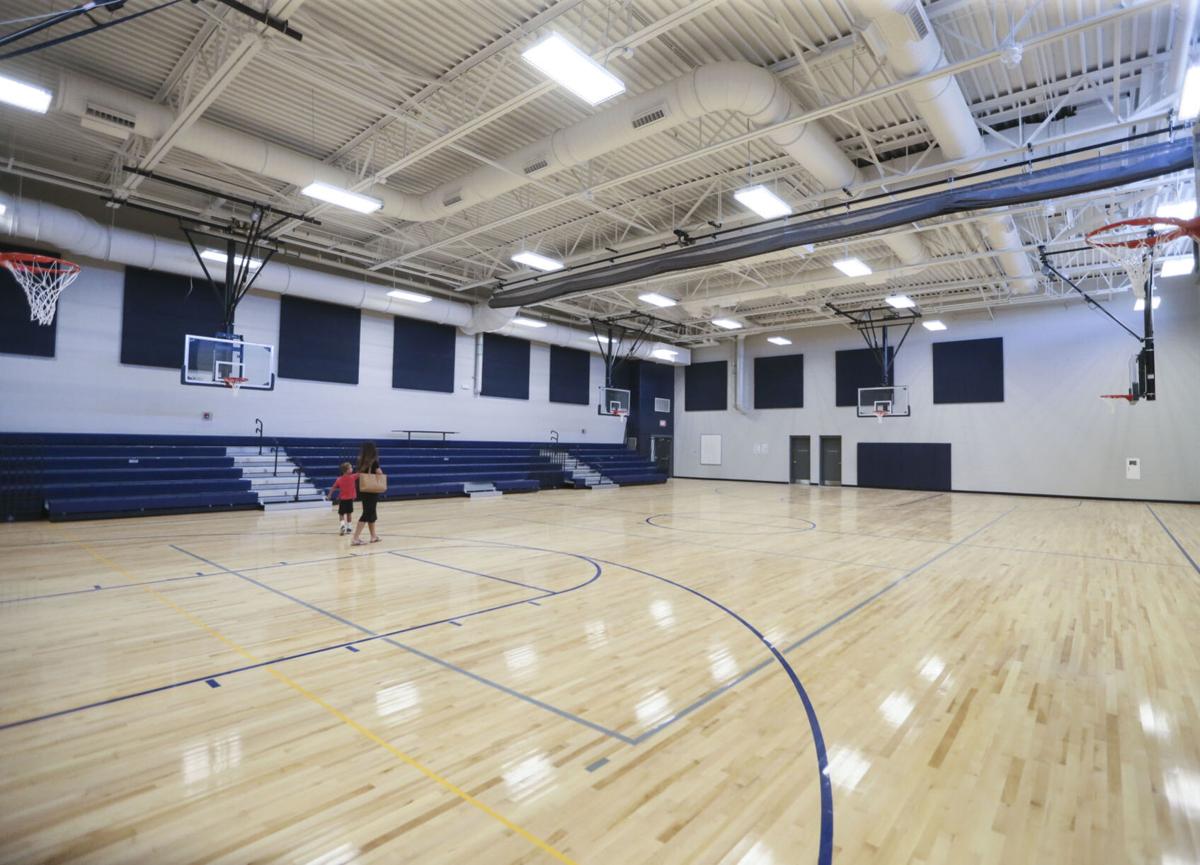 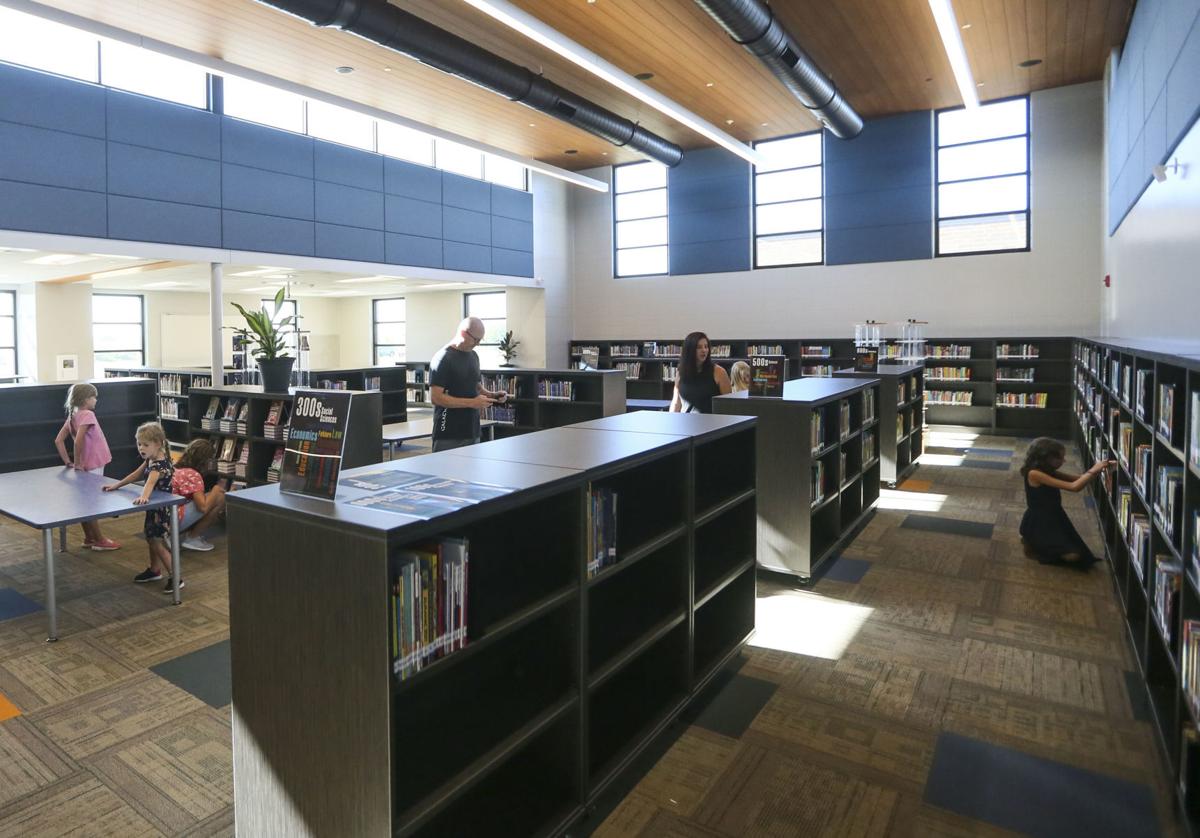 Library inside of Forest Grove Elementary. 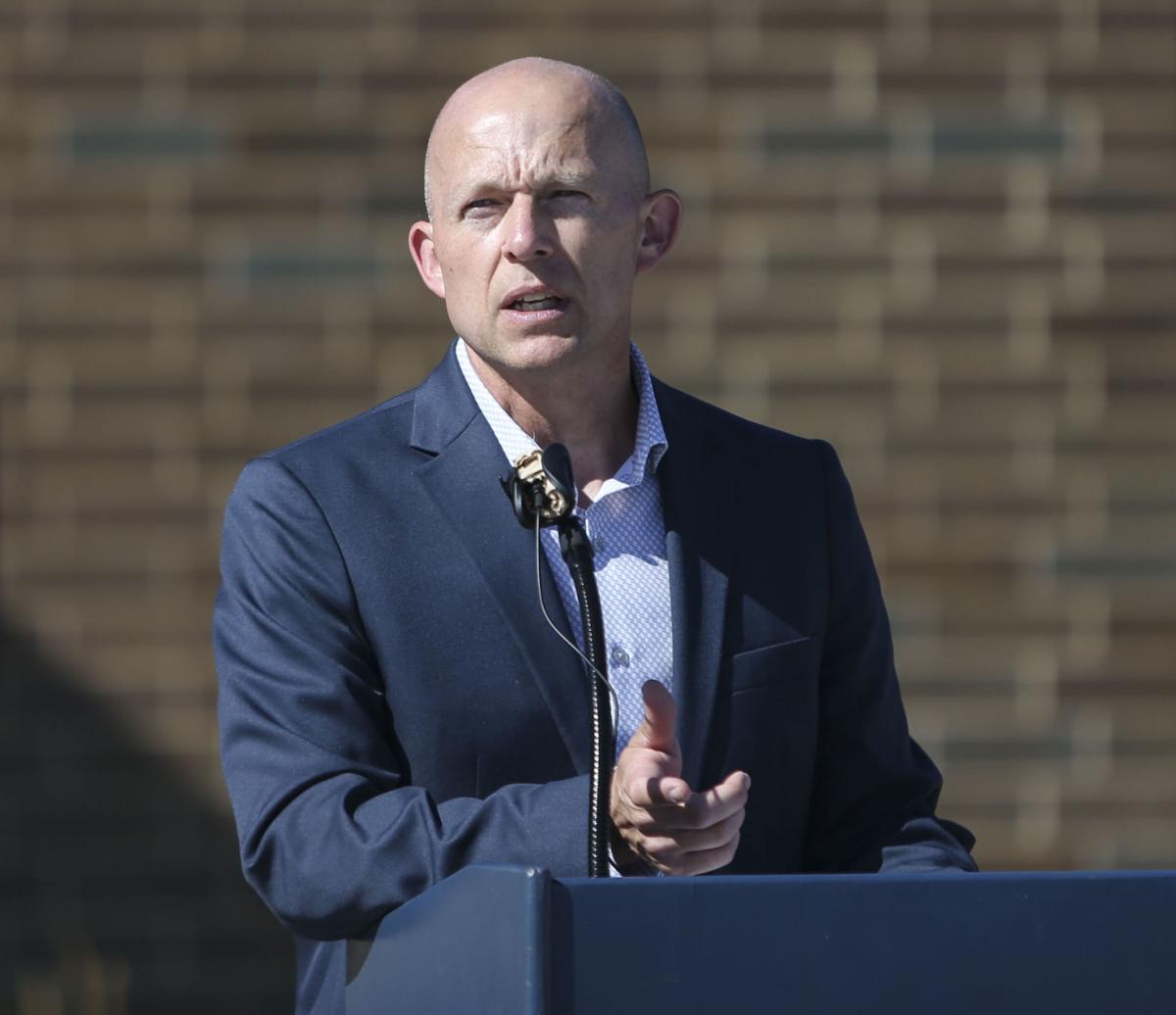 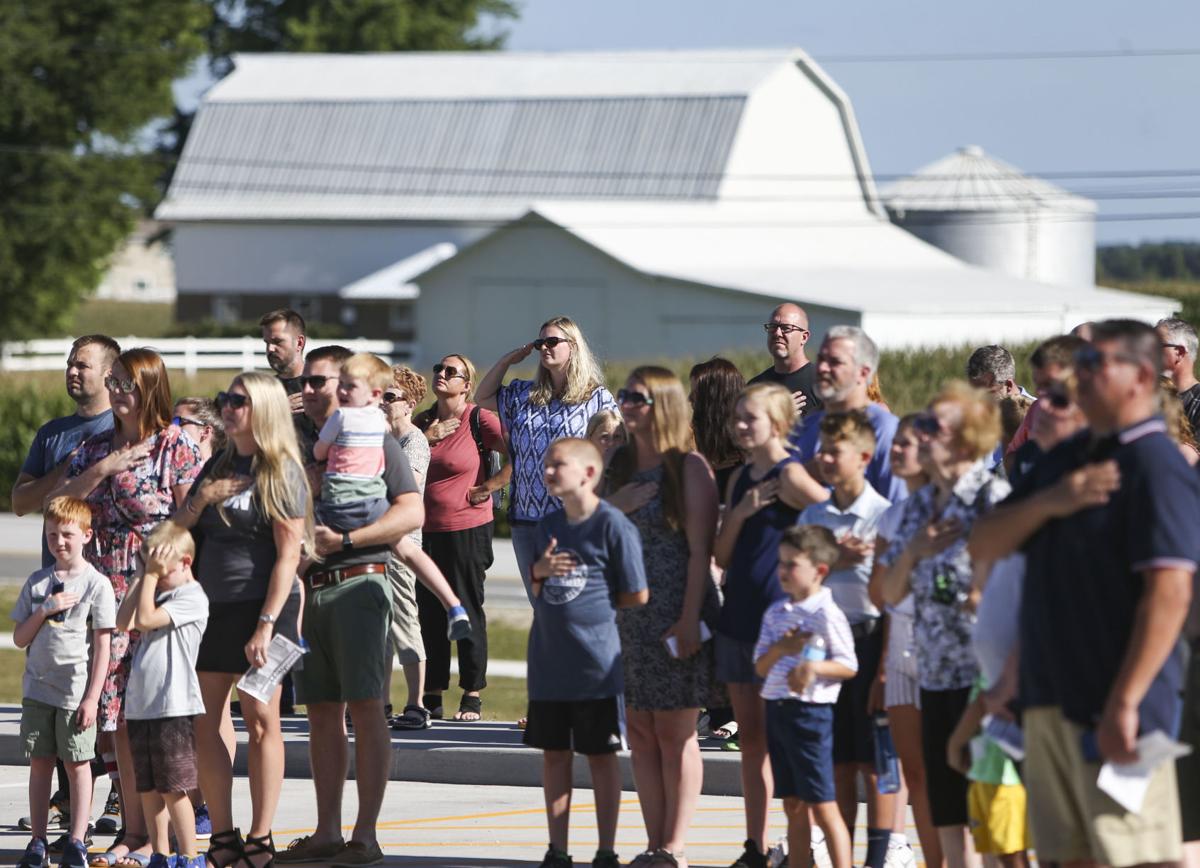 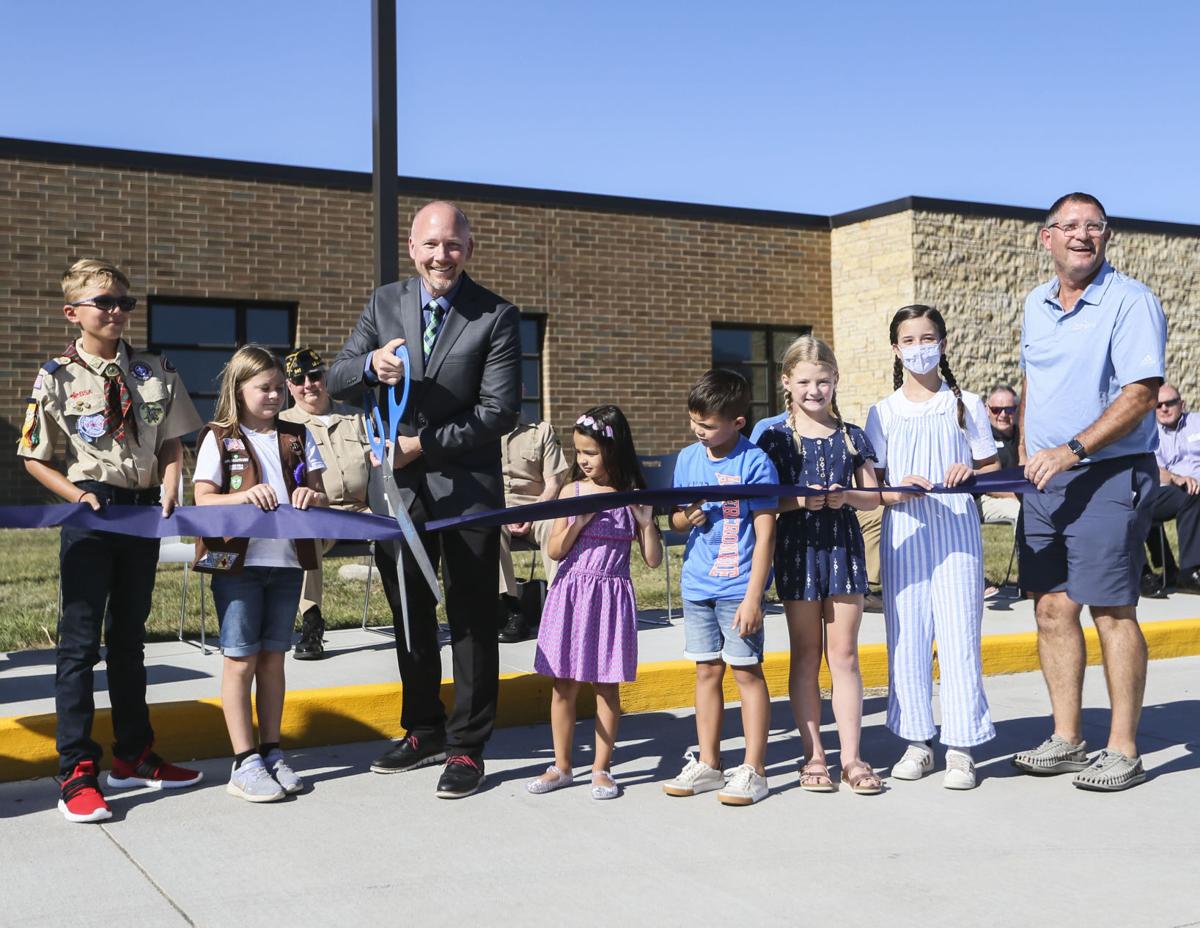 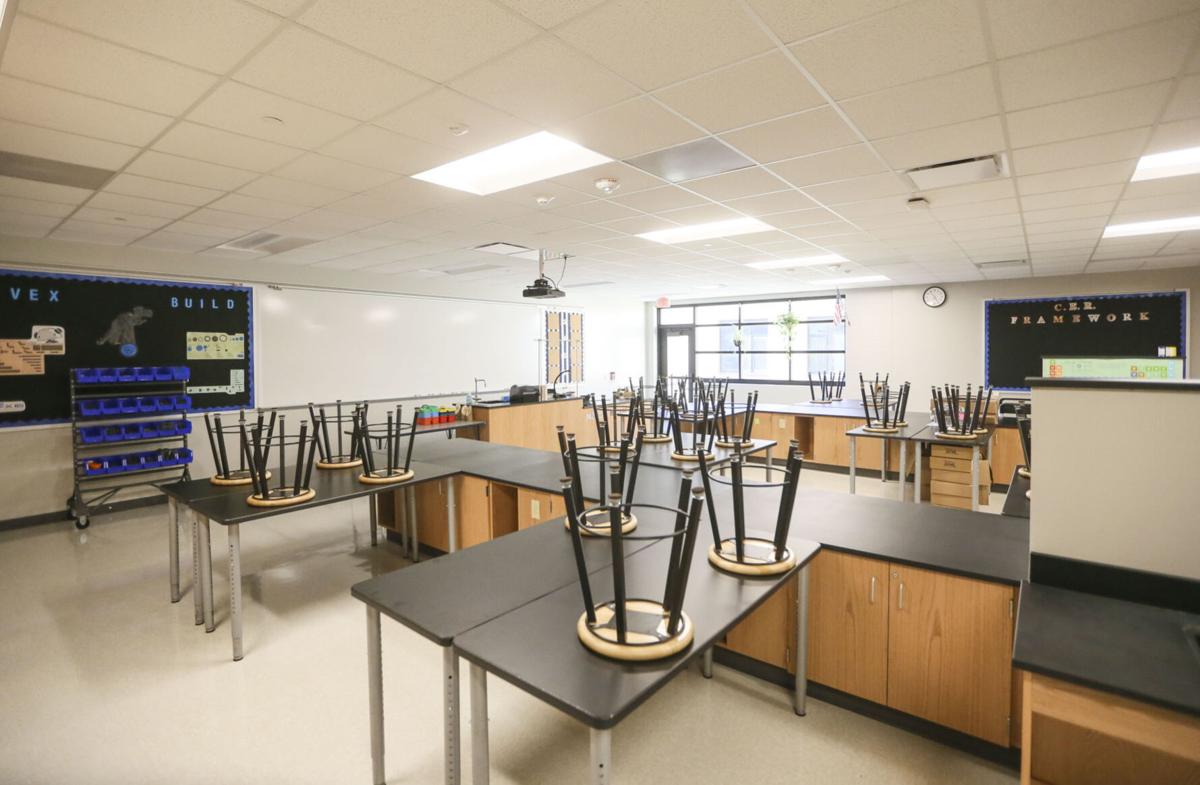 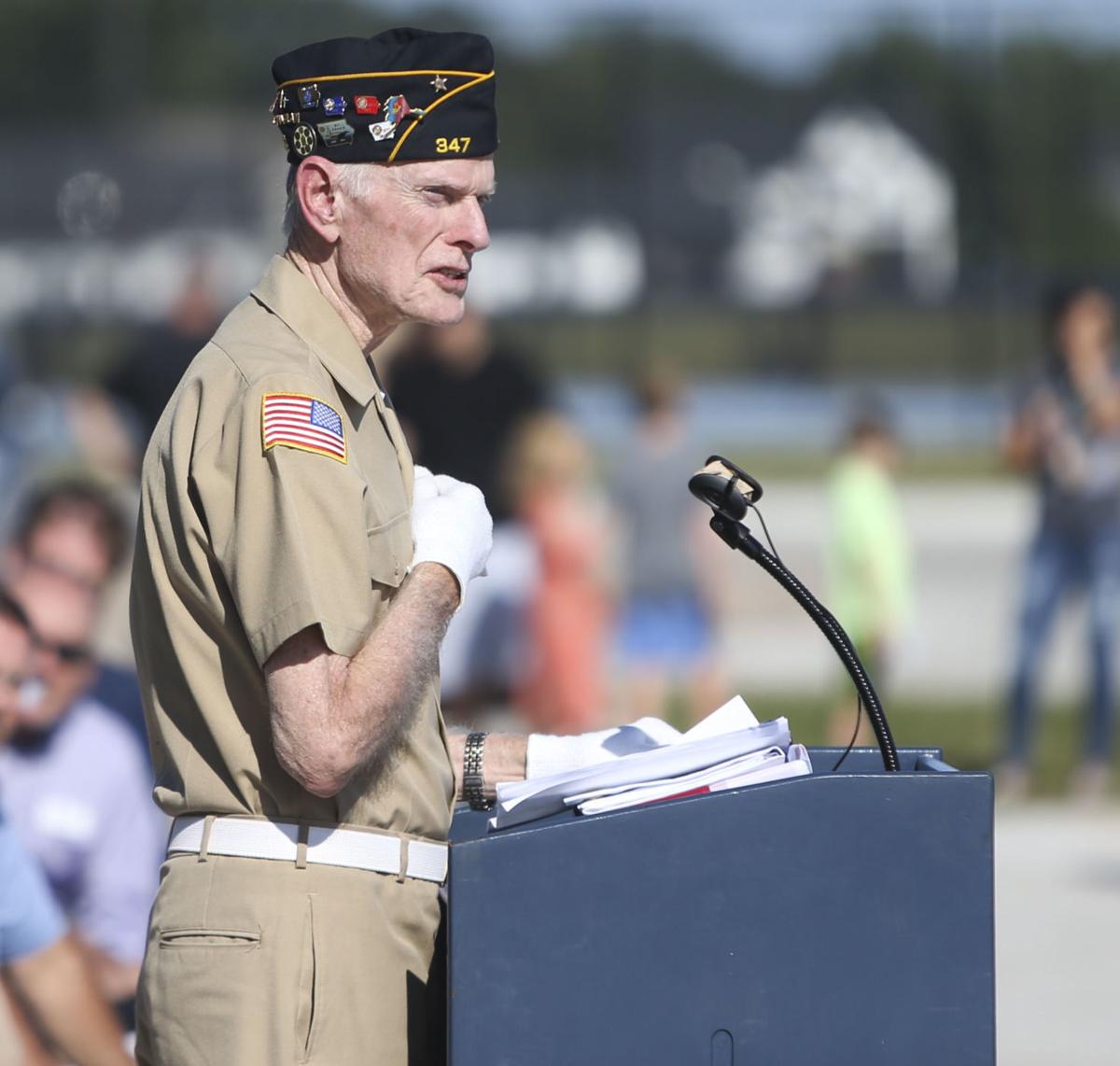 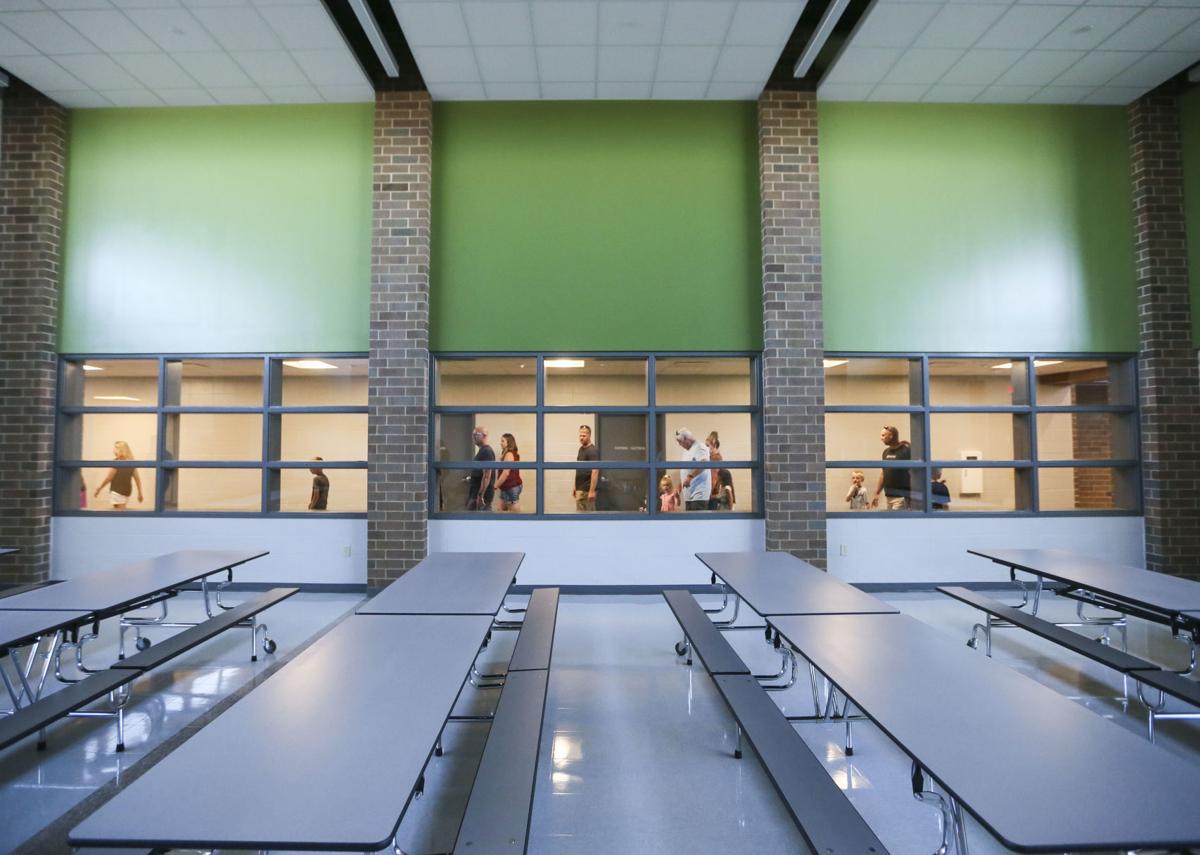 Students and their families walk past the windows of the cafeteria in Forest Grove Elementary during Pleasant Valley Community School District's open house and dedication ceremony for the new elementary school, in Bettendorf, Sunday, August 15, 2021.

A crowd of families huddled in front of Forest Grove Elementary School on Sunday, listening intently as Pleasant Valley School Board members and Bettendorf City Council members spoke about the district and prepared to open the school to the public for the first time.

“The day that we all have looked forward to most is almost here,” said Forest Grove instructional coach Marlise Boseman to the crowd during Sunday's open house and dedication ceremony for the new school. “The day this building becomes a school.”

The elementary school, which cost about $18 million and that construction started on in 2019, will finally be opening its doors to students at the beginning of PV’s school year on Aug. 23.

It will have about 250 students in grades K-6, with each grade having two classes except for sixth grade, which will have one. According to Superintendent Brian Strusz, most students at Forest Grove will be transferring there from PV’s Pleasant View Elementary.

Forest Grove’s opening comes at a point of continued growth for the district. “We’re so fortunate to be one of just a handful of communities throughout the state that are having enrollment numbers increasing to the degree that we have,” said school board president Nikhil Wagle.

“One of our biggest challenges is the growth we’re experiencing...I’m happy to say we’re having the good problem of having enrollment issues,” he said, reiterating that many school districts in the state are having to close schools rather than open them.

With the opening of a new school comes a new batch of teachers, a group which Strusz said are mainly new to the district. “It’s probably about three or four teachers that were from within our district that came here [to Forest Grove] but the rest will be new to the district,” he said.

Boseman said she has spoken to most of Forest Grove’s incoming teachers, and that “every single teacher I’ve met so far has been filled with unmistakable excitement to meet this new community of students.”

Another educator excited for the opening of the new elementary is Chris Welch, the former Hopewell principal who is transferring to Forest Grove to become its principal. He has been working throughout the summer on the difficult task of bringing a new school to life, from finding furnishings to establishing the community.

“It’s an opportunity to get in and think about learning environments and equipment and how all those things interplay with what needs to happen instructionally,” Welch said, pausing to talk to families exiting the school and give hand-written notes to students who had helped cut the ribbon in the opening ceremony.

He said that the aesthetic of the school will be “modern, minimalistic and modular.”

Even on opening day, the district is already looking towards the future. The land for Forest Grove elementary was purchased around the time that Hopewell elementary opened 10 years ago, and Strusz said that the district is keeping their eyes open for more land to purchase for the growing district.

“We’re trying to predict growth as to how soon that has to happen, but it’s definitely on our radar to keep looking,” he said.

Some students fled Bettendorf's homecoming dance, thinking there was a gun threat. It turned out to be a rumor.

Reports of gunfire or a gun on campus disrupted Bettendorf's Homecoming Dance on Saturday, but authorities have said no evidence of either was found.

Students and their families walk through the halls of Forest Grove Elementary during Pleasant Valley Community School District's open house and dedication ceremony for the new elementary school on Sunday.

Library inside of Forest Grove Elementary.

Students and their families walk past the windows of the cafeteria in Forest Grove Elementary during Pleasant Valley Community School District's open house and dedication ceremony for the new elementary school, in Bettendorf, Sunday, August 15, 2021.