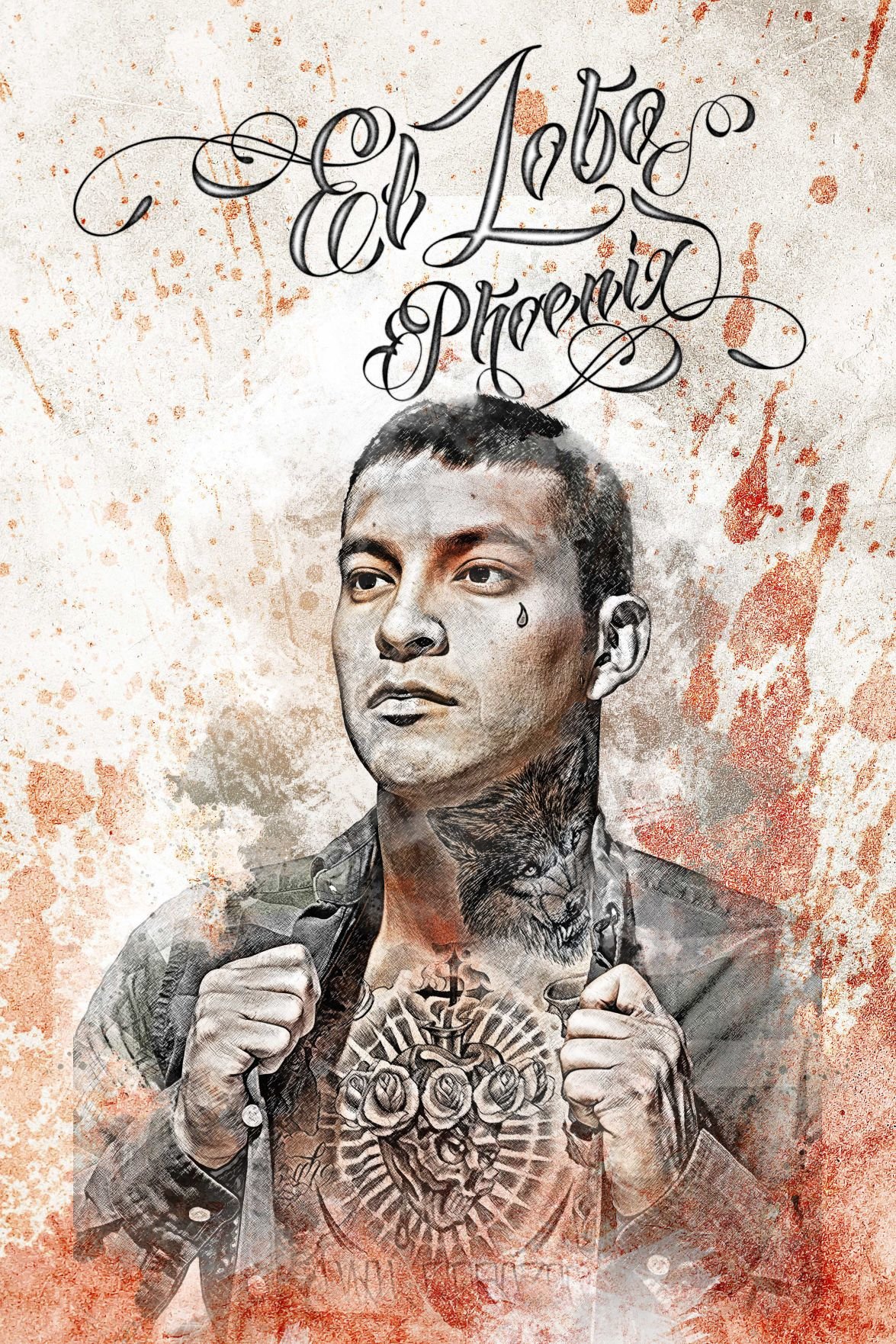 "El Lobo: Phoenix" is a crime novel written by retired police Sgt. Terrance Donegan, who began his career with the LeClaire Police Department. 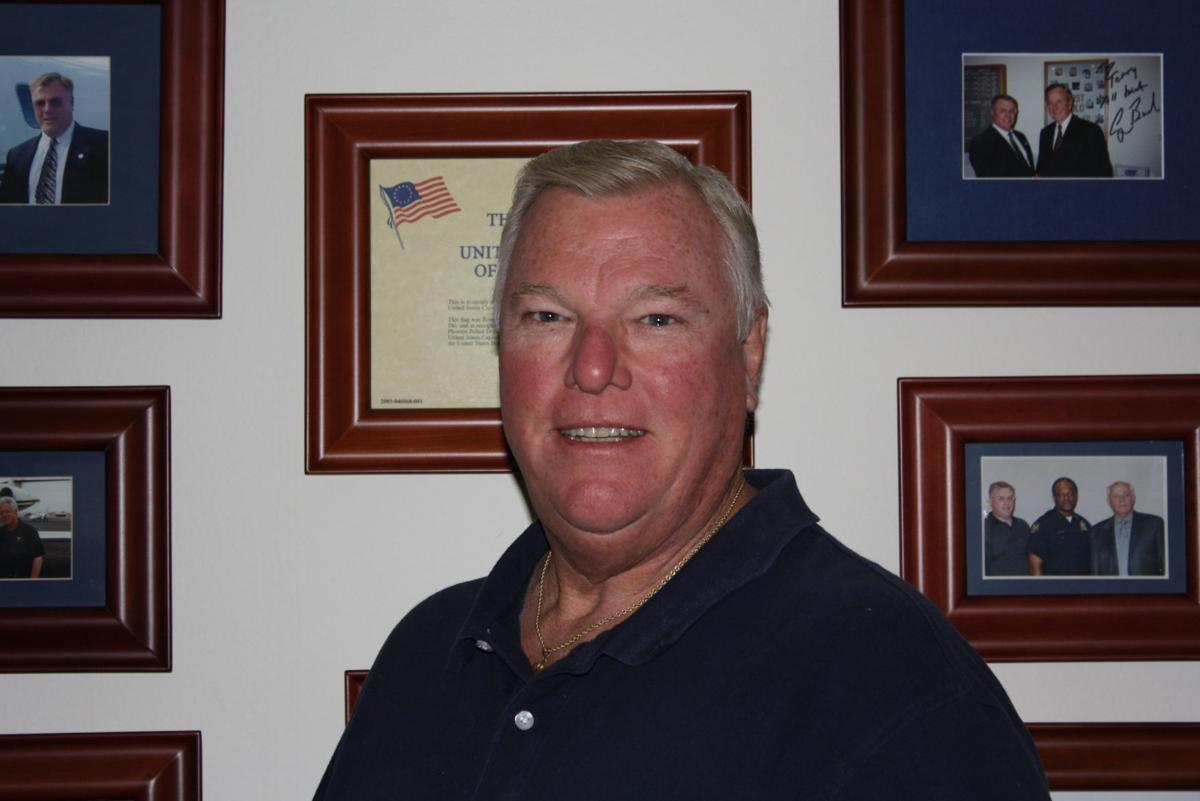 A former LeClaire Police chief has leaned on his "eye-opening" days in Phoenix of combating gangs, organized crime and the illegal drug trade to pen a new crime novel.

Terrance "Terry" Donegan, now a retired Phoenix sergeant, is the author of the recent release "El Lobo: Phoenix" from Page Publishing. The novel details a police investigation of a vicious gang holding a working-class Arizona neighborhood in an iron grip of extortion, drug trafficking, human smuggling and brutal violence.

It is the first book for Donegan, whose three decades in law enforcement career began with eight years in LeClaire after which he went on to serve 25 years with the Phoenix Police Department. In Phoenix, he first worked in patrol before being promoted to a variety of supervisory roles with the department's Grants and Awards Unit; its Organized Crime Bureau, where he supervised a gang squad; and later as Intelligence Unit Supervisor in the Organized Crime Bureau and Drug Enforcement Bureau.

"I was very fortunate and very blessed to get to do what 90 percent of the police officers in the country do not get to do," Donegan said in an telephone interview from his Avondale, Arizona, home last week.

"The law enforcement career, in my opinion, is one of the best jobs ever. Everyday you go to work, you don't know what will happen. You're always tested. We get to meet people when they are at their worst...," he said.

Many experiences in his police career were "an eye-opener" for a Midwest native whose got his start in law enforcement as a LeClaire police dispatcher in 1976. He then moved into a patrol position and became LeClaire's chief in the early 1980s. In 1984, he was looking for a career change before marrying his wife Lisa Strobbe of LeClaire and relocating to Phoenix. There, he first joined the Maricopa County Sheriff's Department before establishing residency in Phoenix and accepting a job with the Phoenix Police Department in 1985.

Donegan ended his career with Phoenix in patrol and supervising a unit of 10 patrol officers. "I had talked to a lot of guys who said they should not have retired," he recalled. "So my last year I returned to a precinct station... and spent time out on the street. When it was time for me to leave, my career was full circle."

Retired since 2010, Donegan said "I wasn't keeping notes with the idea of writing a book." But his book project evolved as part of his next stage of life, he added.

Friends who read the rough drafts of his book commented 'Oh my gosh, I can't believe you did all this,' he said. "It's a fictional story, but a lot of things you read and think 'this really happened.' I put in enough fluff so I don't get anyone suing me."

A graduate of the then St. Ambrose College, Davenport, Donegan is a native of the Franklin Park area in Chicago. He and his wife Lisa have been married 35 years and have three daughters and four granddaughters.

In retirement, he also now is the managing partner of Golf and Charity, an annual golf tournament that raises money for a variety of charities including his parish St. Vincent de Paul Phoenix; E3 Africa, which provides housing and education for orphaned children in Uganda; Charity Meals of Joy; and a scholarship fund through Homeless Youth Connection, which helps house and educate teenagers living on the street.

"El Lobo: Phoenix," written by Terrance Donegan, is a gripping novel detailing the police investigation of a vicious gang holding a working-class Arizona neighborhood in an iron grip of extortion, drug trafficking, human smuggling, and brutal violence. Officers Chris Kincaid and Thomas Bolan use inside intelligence and their impeccable investigative skills to hunt the elusive El Lobo and eliminate his gang and its control of the barrio for good.

Published by New York City-based Page Publishing, "El Lobo: Phoenix" is available at bookstores including Barnes and Noble as well as online at Apple iTunes store, Amazon, and Google Play.

Construction to begin on Luckey Climber at Family Museum

Three years after fundraising began for a Luckey Climber, the Family Museum is thanking its lucky stars to have surpassed its goal and be on t…

“Crafty” folks in the Bettendorf and LeClaire areas are getting together in public spaces to enjoy creativity and companionship.

Kids of all ages are invited to discover how fun science can be at the 14th annual Bett STEM Expo on Saturday, Jan. 25.

Numerous trends in hair styles and skin care have come and gone since Tango Salon opened 20 years ago.

Forty-four applicants threw their names into the ring for consideration to be the next head of Bettendorf Community Schools, the district announced.

"El Lobo: Phoenix" is a crime novel written by retired police Sgt. Terrance Donegan, who began his career with the LeClaire Police Department.