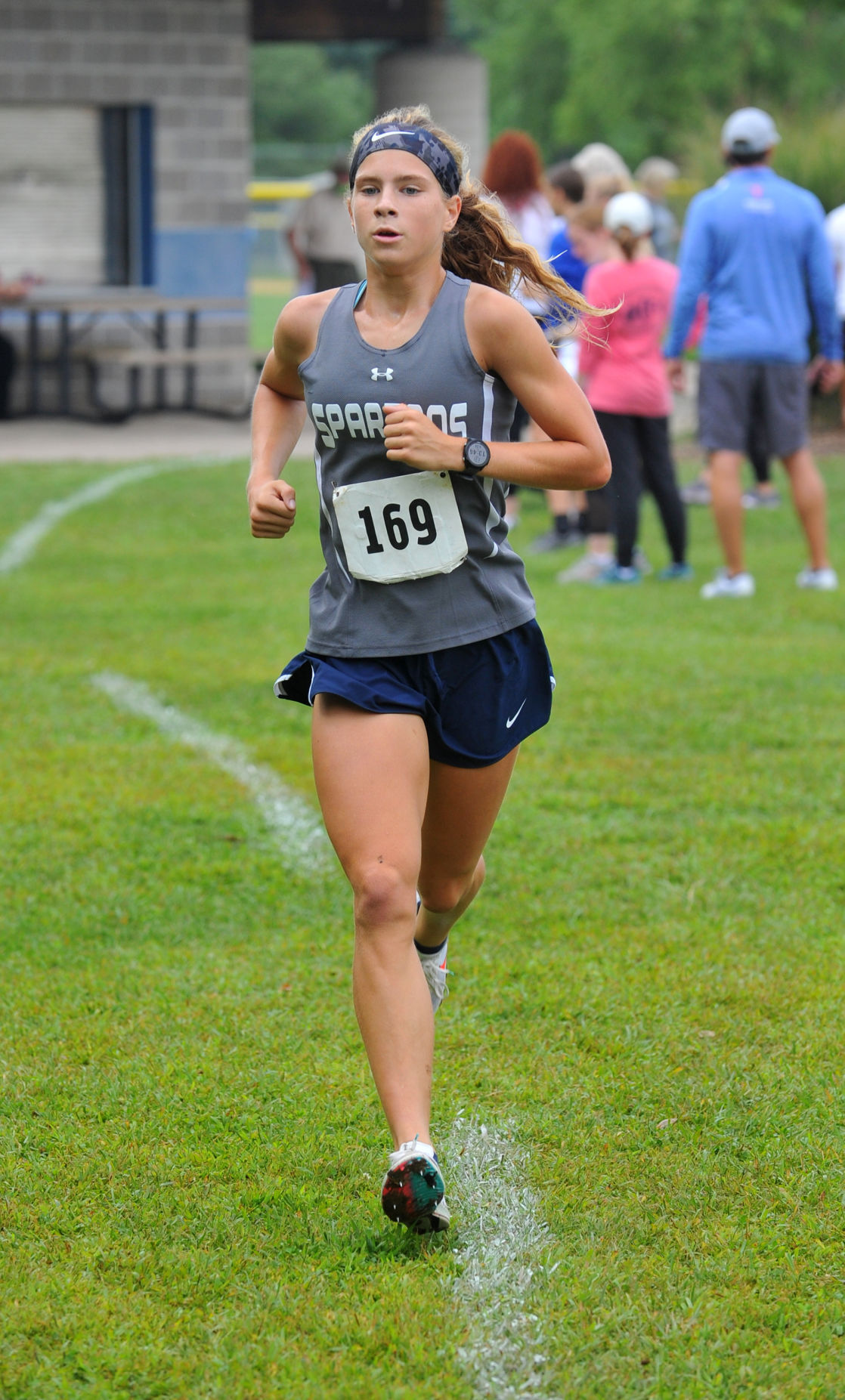 Runners take off at the start of the varsity girls race Saturday morning in the Spartan Challenge at Crow Creek Park. 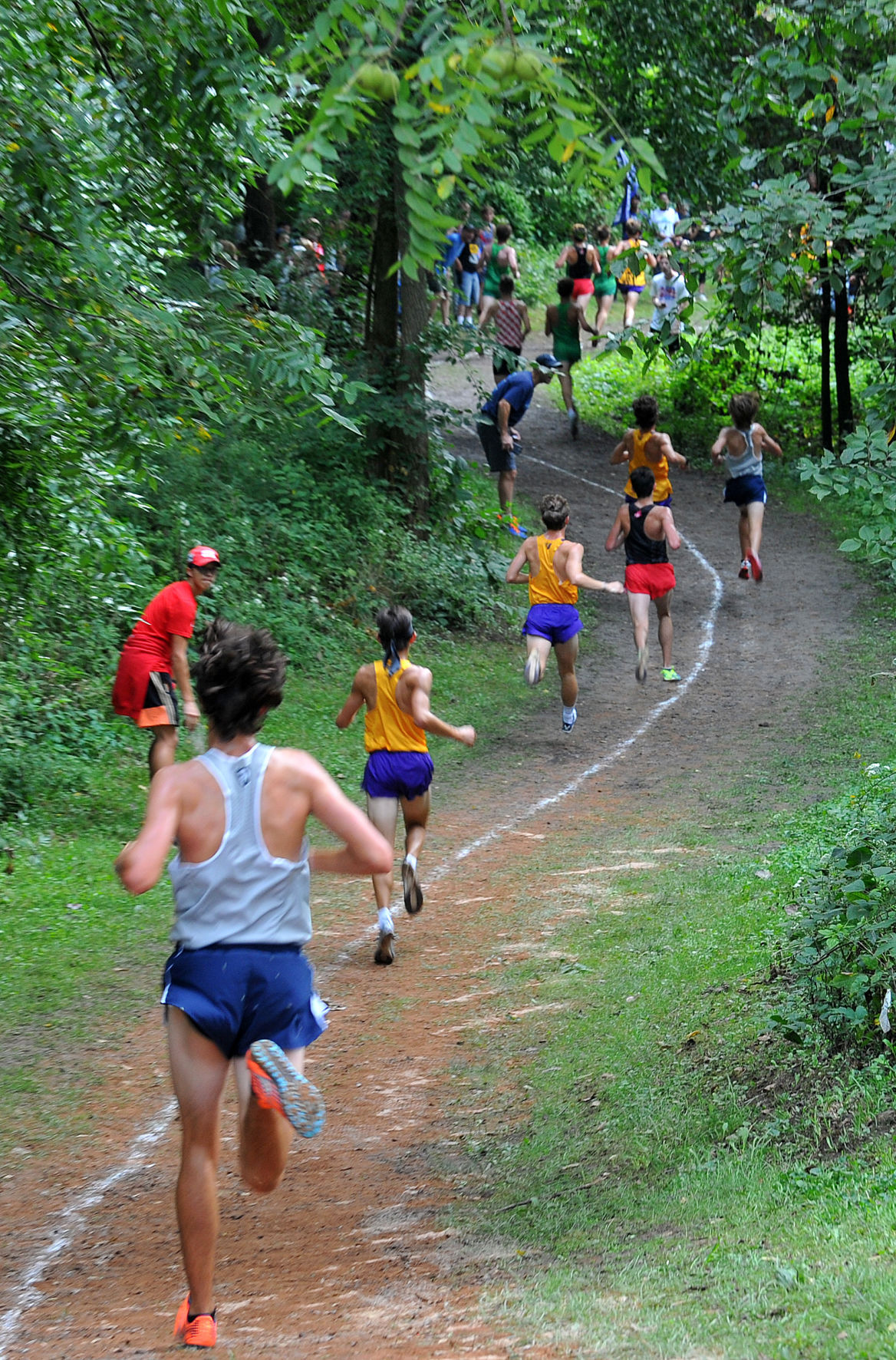 Runners navigate one of the hills at Crow Creek Park on Saturday during the Spartan Challenge. 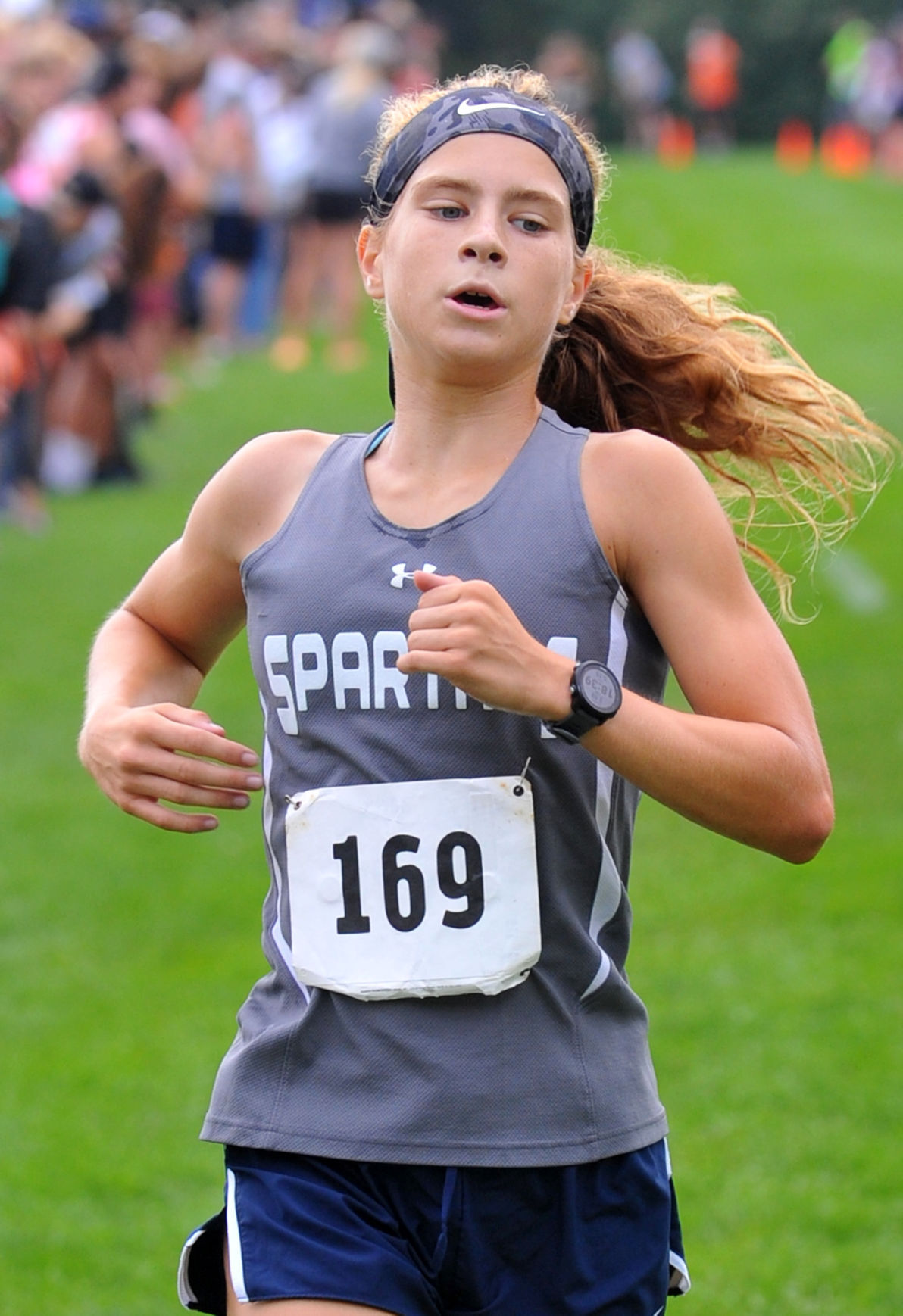 Pleasant Valley's Grace Boleyn finishes 31 seconds ahead of her nearest competitor Saturday at the Spartan Challenge in Bettendorf.

In a field that featured more than a dozen teams, including out-of-state powers Naperville North and Edina, Minn., Boleyn navigated her way around the hilly 5,000-meter course in 18 minutes, 37 seconds at the Spartan Challenge.

“I was shocked,” Boleyn said.

“She thrives on competition, wants to be pushed and likes to go hard,” PV head coach Jane Wheeler said. “We’ve told her, ‘Once everybody knows how good you are, that’s OK. You want to welcome people raising you to that next level.’”

“All of them raced smart,” Wheeler said. “The freshmen stayed composed, were controlled early and continued to move up throughout the race.”

Boleyn, in particular, was strong from the outset. She grabbed the lead just before the second mile and never relinquished it.

A junior high standout, Boleyn set a state record in the 1,500 last May in 4:44.37 and was the top high school female finisher at the Quad-City Times Bix 7 in late July in 47:01 for seven miles.

The target grew even bigger after Saturday’s showing, which concluded with a 31-second win over Johnston's Olivia Verde (sixth at last year's state meet).

“I’m going to have a lot more pressure, but pressure is a privilege,” Boleyn said. “You’ve got to roll with it and see the good in it.

“This is a great start. It definitely gives me motivation for future training. As you do your summer miles, you have (time) in-between where you start to lose a little bit of motivation and things feel out of sight. Now that the season is rolling, it is definitely back to full grind every single day.”

Boleyn was the first PV runner to win its home invitational since all-stater McKenzie Yanek in 2015. It was easy to draw a comparison with Yanek, who also was an immediate standout.

“Grace is a lot more efficient mechanically, but their aerobic engines are both phenomenal,” Wheeler said. “She’s just so strong.”

The biggest challenge, Wheeler said, is reeling Boleyn in at times and to see the big picture.

“Yeah, go hard on those hard days but pull back on the recovery days so you can have pop in your legs through September and October.”

Meet the Homecoming Queens from Assumption and Bettendorf. They're both on the honor roll. Plan to study science in college. And are living with cancer. (copy)

Runners take off at the start of the varsity girls race Saturday morning in the Spartan Challenge at Crow Creek Park.

Runners navigate one of the hills at Crow Creek Park on Saturday during the Spartan Challenge.

Pleasant Valley's Grace Boleyn finishes 31 seconds ahead of her nearest competitor Saturday at the Spartan Challenge in Bettendorf.