Spartans knock off Trojans, headed to semis for first time since '96
0 comments
Share this
{{featured_button_text}}
1 of 7 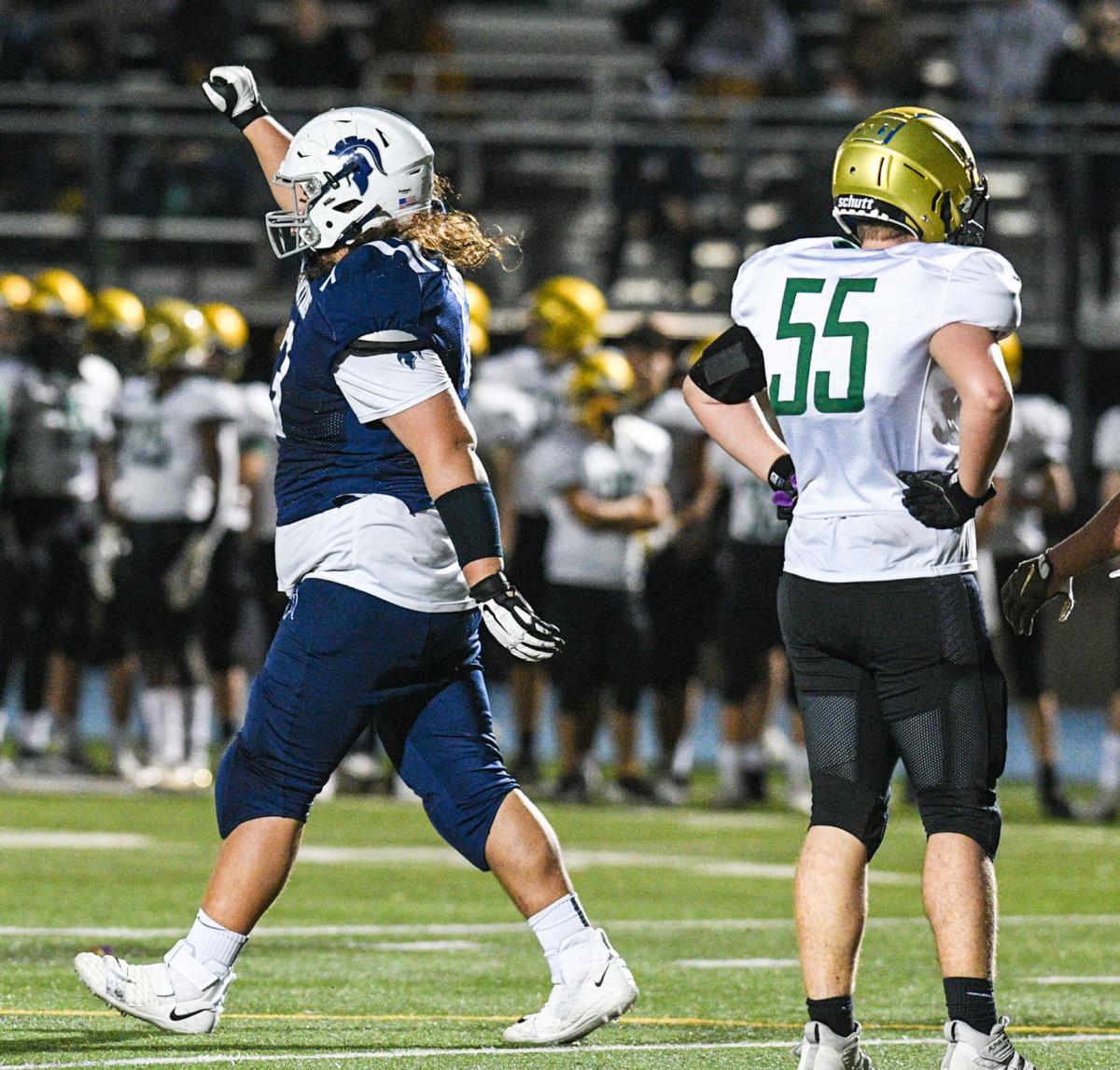 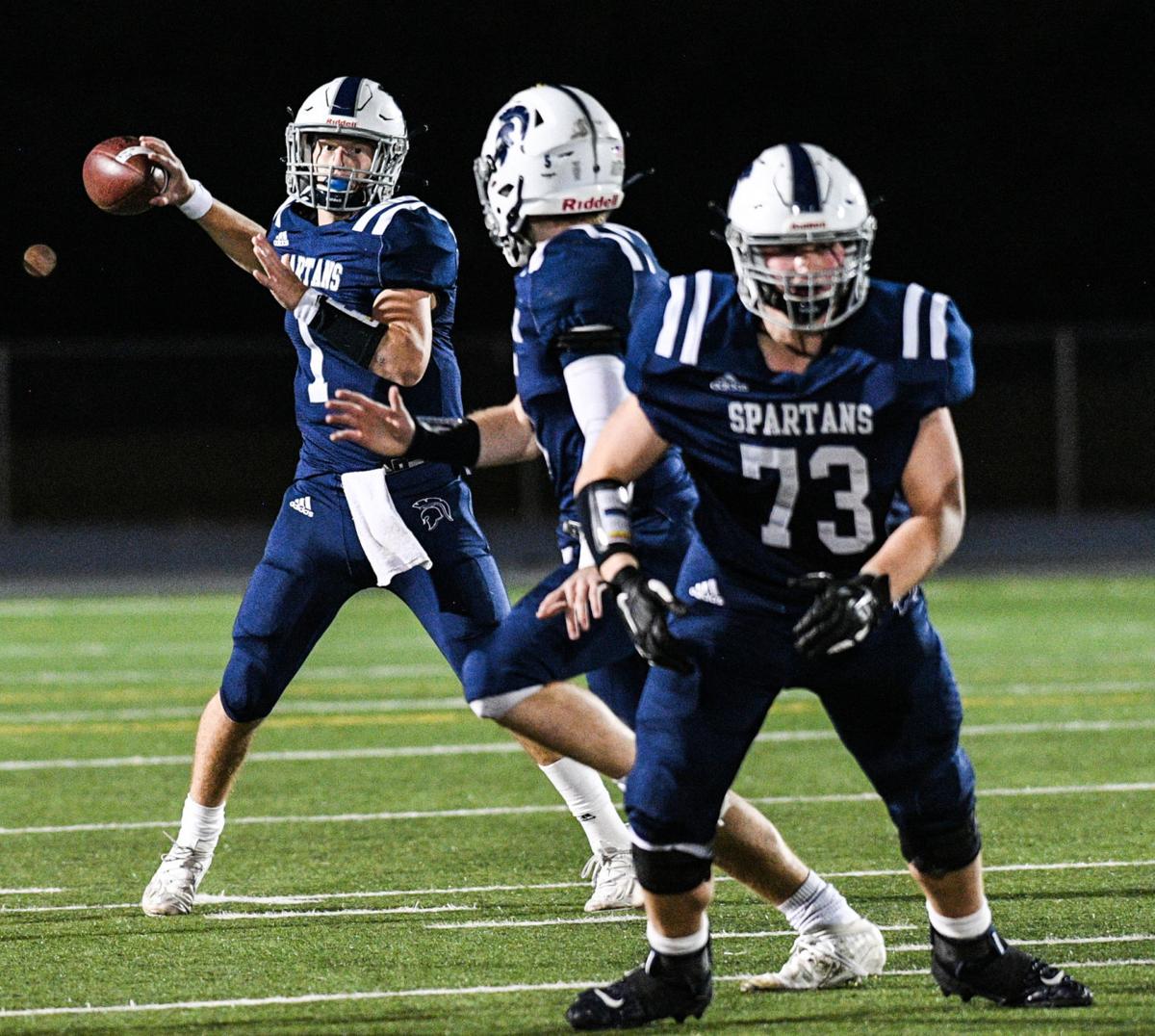 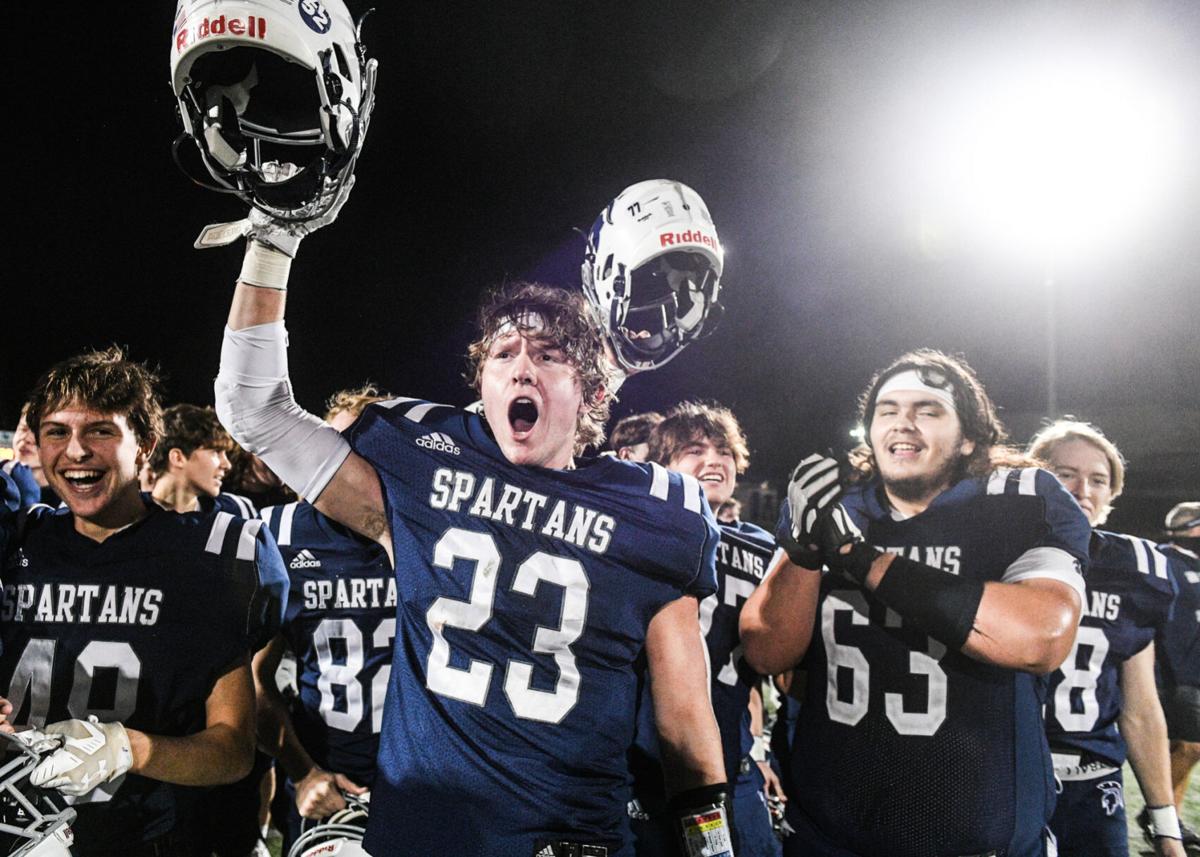 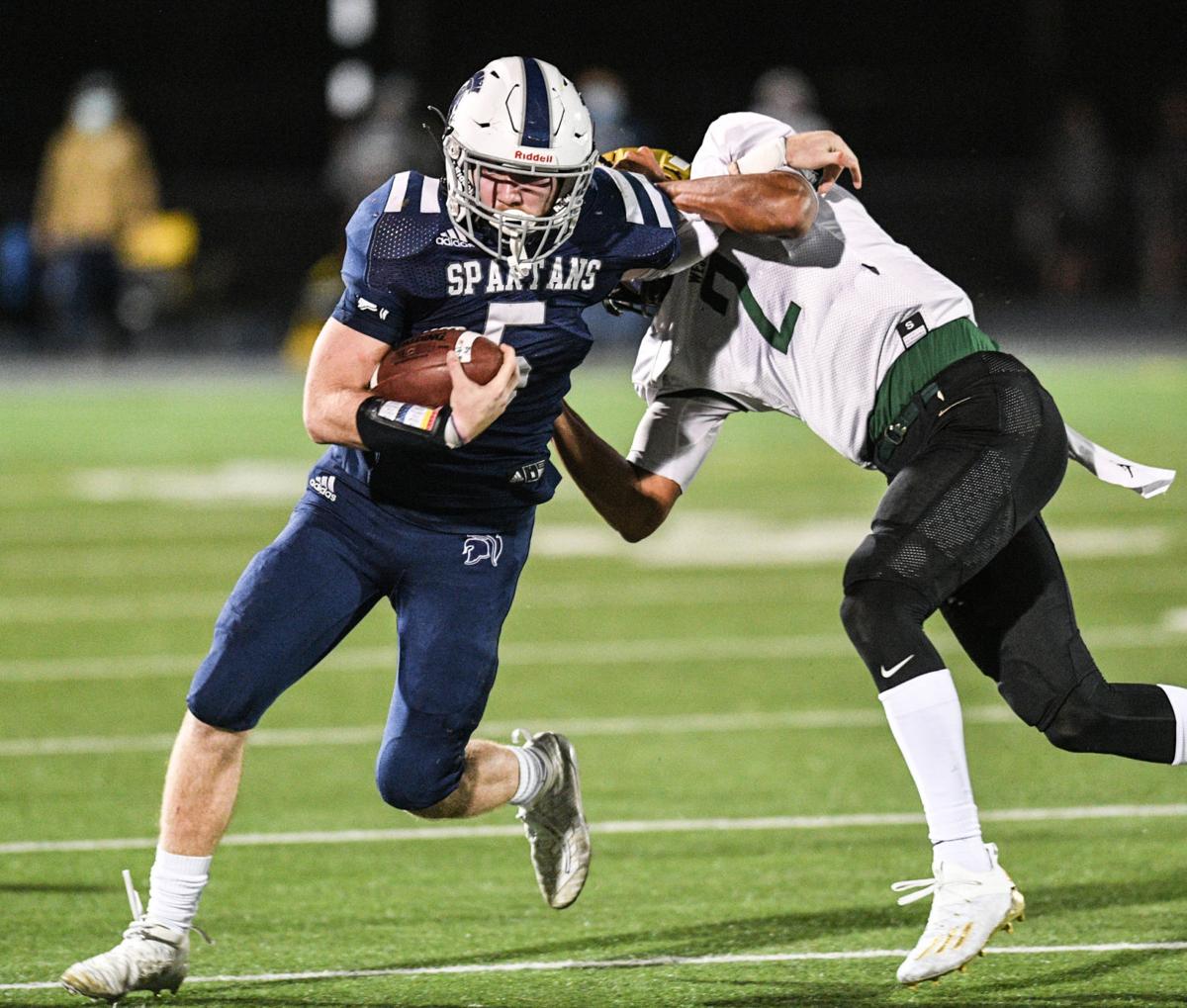 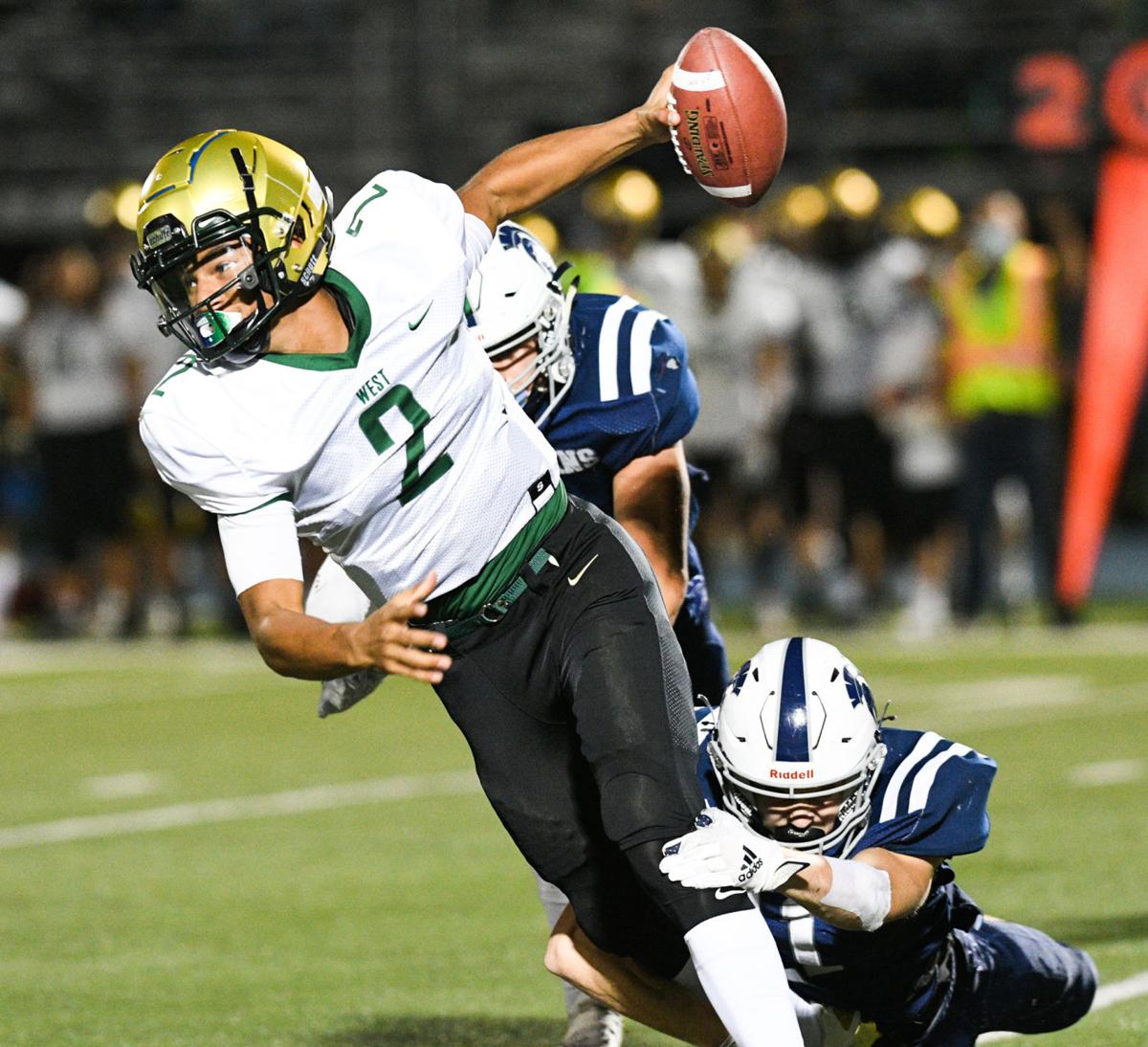 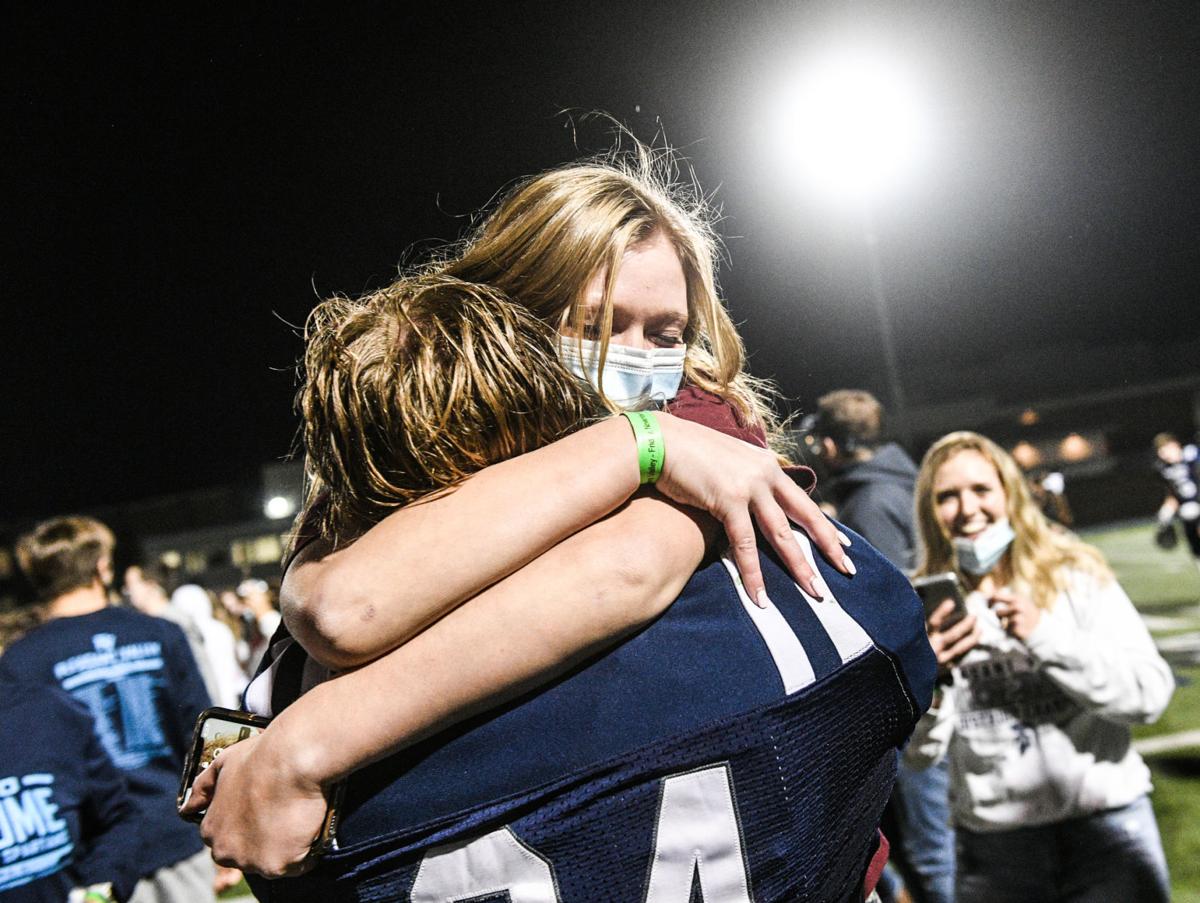 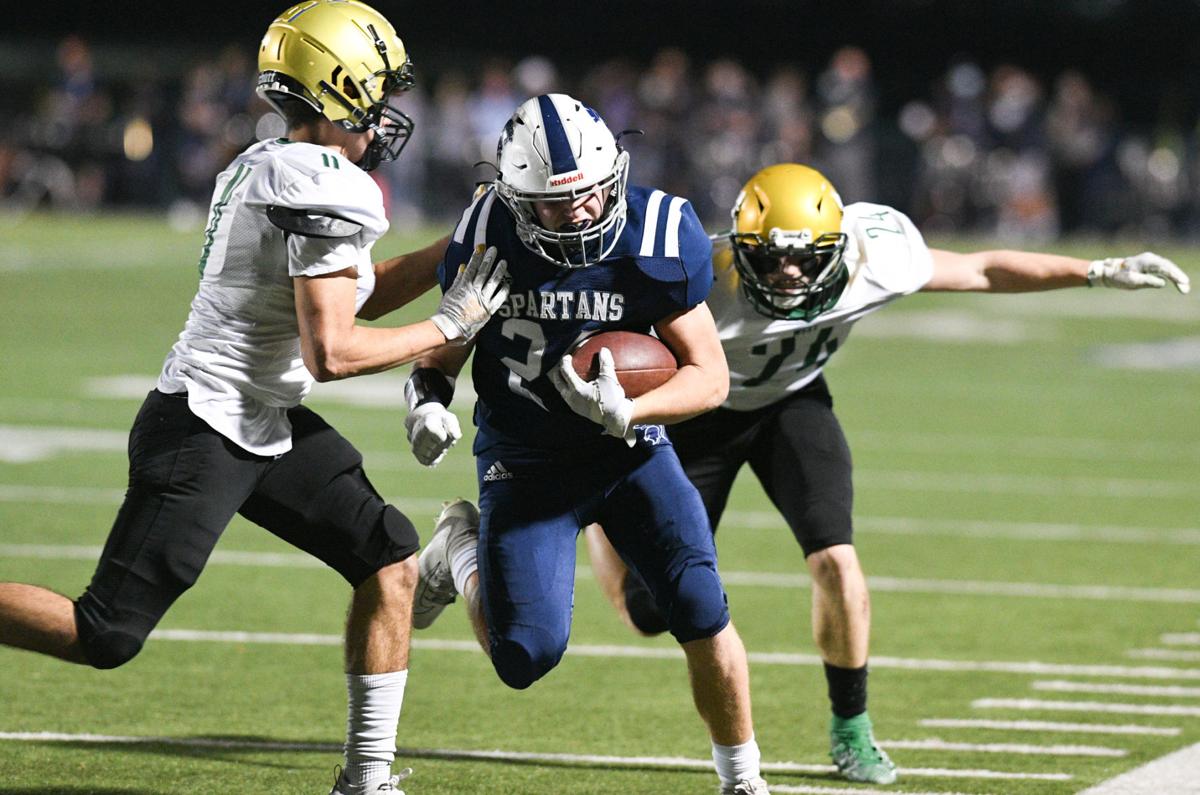 For the past two decades, the Pleasant Valley High School football program has watched its crosstown rival take 14 different teams to the UNI-Dome.

The Spartans felt they had a team capable of reaching that point in several of those seasons, but either ran into Bettendorf or stubbed their toe to another school in the postseason.

In a season in which few anticipated it, PV had its breakthrough moment.

Under .500 a year ago and leaning on multiple sophomores this season, PV recorded the program’s biggest win in 24 years last week with a 38-24 triumph over Iowa City West in a Class 4A state quarterfinal at Spartan Stadium.

“There is no other word than amazing,” senior offensive lineman Kane Zemo said. “We knew we had talent coming into this year, but I think we’re all surprised how well we’ve meshed together.”

The fourth-ranked Spartans (10-0) are in the semifinals for the first time since 1996 and will play top-ranked Southeast Polk (9-0) at 4 p.m. next Friday in the UNI-Dome.

“We’ve all dreamt of this since we were in sixth grade playing ball against each other in the Pleasant Valley league,” tailback Caden Kipper said. “We knew going into high school, no matter what year it was, we were going to get to the Dome.”

But for a program that hadn’t won a playoff game in five years prior to this season and has hovered around .500, this has been quite a reversal.

“You never expect that kind of turnaround, but I felt really good about this group,” PV coach Rusty VanWetzinga said. “We’ve got some gamers, got guys that want to play hard and love the game.

“I knew we were going to be better, and they’ve gelled together. It feels really good to be headed to the Dome.”

After dominating throughout the regular season, it ground out a 10-6 win over Bettendorf last week and outscored previously unbeaten Iowa City West and its all-state quarterback Marcus Morgan on Friday.

The Spartans erupted for 293 yards and 24 points in the opening half. They had four plays go for 20 yards or more, including a 67-yard touchdown pass from Barrett Lindmark to Kipper in the opening quarter.

Still, behind Morgan and receiver Grahm Goering, West (6-1) wouldn’t go away. The Trojans scored three first-half touchdowns and trailed only 24-21 at halftime after falling behind 14-0.

“It was a shootout the first half,” Lindmark said. “Big plays helped us a lot.”

The Spartans, behind a dominating performance from their offensive line, played keepaway in the second half.

PV pieced together a 15-play, 71-yard drive that chewed up eight minutes in the third quarter, concluding with a Kipper 3-yard touchdown plunge.

Those two drives ate up more than half of the clock in the second half.

"We really pounded the ball, focused on ball security and wanted to keep it out of their hands," Lindmark said.

"We had to change it up a little, and Ryan made a spectacular catch," Lindmark said.

Kipper scored again from 3 yards to give the Spartans a two-possession lead with 2:16 left.

“Our game plan going in was to keep their offense off the field as much as we possibly could,” VanWetzinga said. “We had to move the ball, move the chains and we felt we could do that on film.

“After last week, our offensive line needed to come out and dominate, be physical and get downhill. Those guys did an awesome job.”

In the second half, PV averaged almost 6 yards on its 11 first-down snaps. The Spartans finished with 444 yards of offense.

“We knew they had an explosive offense, so we had to come out ready to go and score every time we touched the ball,” Zemo said. “Our motto is ‘Total Effort.’ We showed that. We were driving guys back, finishing past the whistle and were just relentless.”

Morgan threw for 242 yards, but the Spartans held the Trojans out of the end zone in the second half. Koby West picked off Morgan with a little more than a minute remaining to seal it.

Lindmark completed all six of his passes for 204 yards. Kipper had 120 yards rushing and Lindmark added 70 as PV punted only once in the game.

“We were clicking on all cylinders,” Lindmark said. “The offensive line was giving huge holes for us. They should be getting all the credit in this.”

After going 4-5 last year, PV is one of four teams still standing in 4A along with central Iowa powerhouses Dowling Catholic, Ankeny and Southeast Polk.

“I’m really proud of what we’ve done here at Pleasant Valley,” said VanWetzinga, who was a first-year assistant coach when the Spartans last reached the semifinals. “When your neighbor next door is one of the perennial powers, and you play them year in and year out and have to go through them, it isn’t easy.

“So this is a huge moment for our program.”

A new independent senior community is rising on a plot of land near Cumberland Square shopping center.

A sneak peek at the Quad-Cities' new I-74 bridge

The size is most striking.

Dale Owen, president and CEO of Bettendorf-based Ascentra Credit Union, was remembered last Monday by his fellow business leaders as a positiv…

As consumers weigh their shopping options this holiday season, business owners are reminding Bettendorf residents to keep their dollars local.