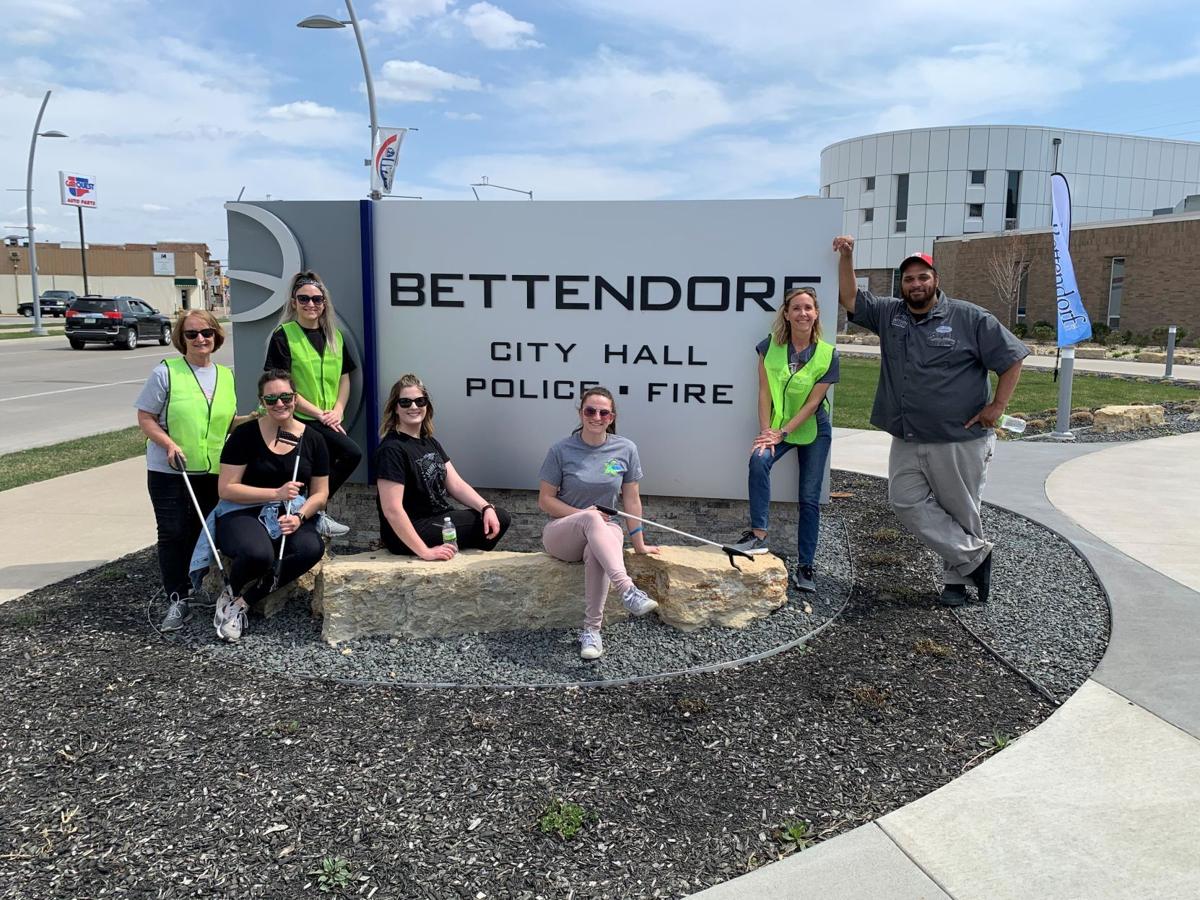 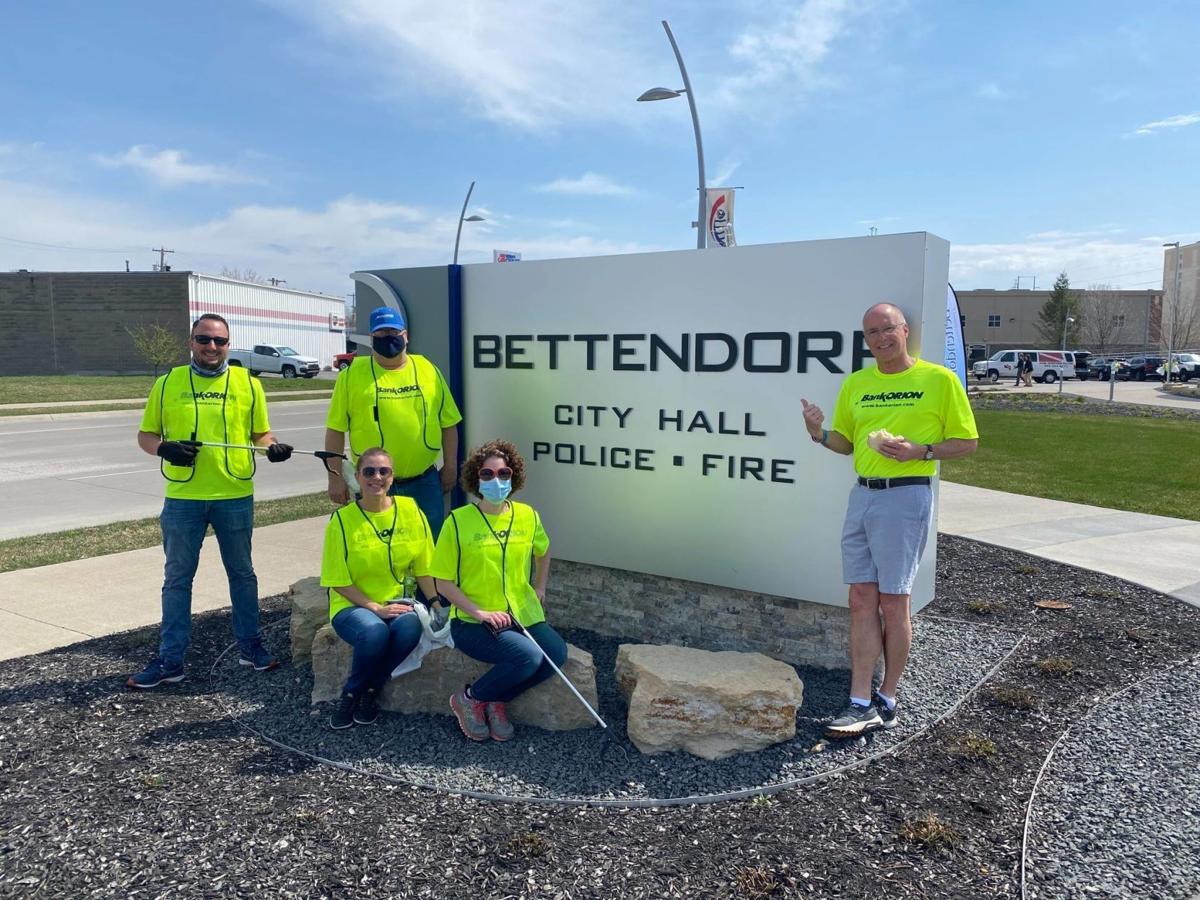 Employees from the BankORION Bettendorf branch teamed up to assist in the cleanup. Back row, from left, Dean Kraus, Robert Finin, Mark Werning; Seated in front row, Carrie Lamb and Aleshia Chiesa. 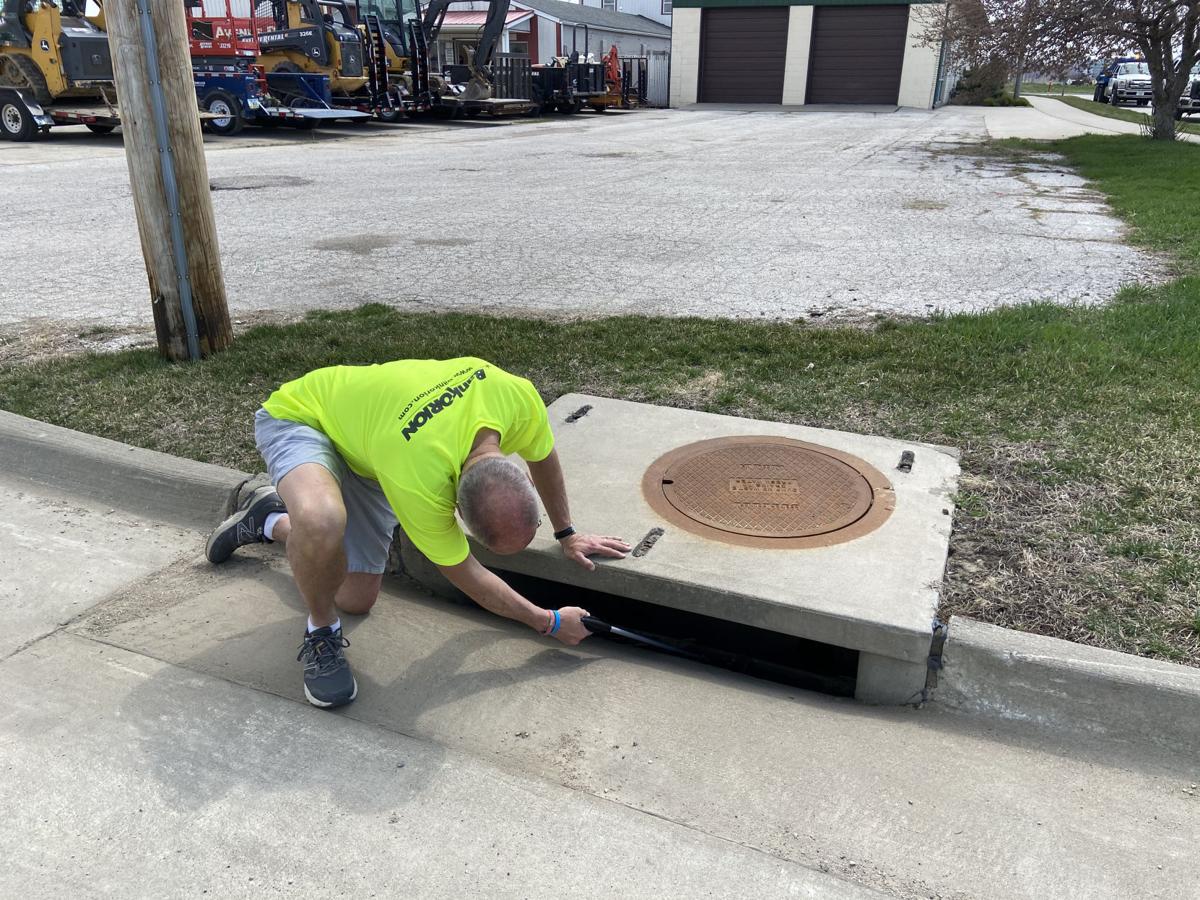 More than 100 volunteers swept through downtown Bettendorf on Monday, April 5 for the annual cleanup, putting in over 400 hours of time and clearing more than 5 tons of garbage.

“This year, we had residents and groups of employees from several businesses located in Bettendorf volunteer,” said Denice Enfield, P.R./social media/events specialist for the City of Bettendorf. “It was fun to see people wearing their business logo T-shirts working as a team, or watching strangers pair up to tackle areas together.”

The cleanup area was approximately from 6th Street to 26th Street, along Grant and State streets. Also included were nearby Leach Park and McManus Park. It was scheduled earlier this year so areas could be cleaned up before annual landscaping and flower planting.

“To the generous volunteers that donate hours to keeping Bettendorf beautiful – thank you!” Enfield said. “The Downtown Cleanup event is successful because of the volunteers that show up to do the work. We look forward to next year’s cleanup and watching it continue to grow.”

Have an easy, breezy summer with the Bettendorf Library

Summer is almost here! The Bettendorf Public Library can help make this season an easy, breezy summer for you and your family.

Junior-led Spartans are acing the competition

With five juniors among its top six, the Pleasant Valley boys tennis team has overwhelmed the competition in the first month of the season.

Employees from the BankORION Bettendorf branch teamed up to assist in the cleanup. Back row, from left, Dean Kraus, Robert Finin, Mark Werning; Seated in front row, Carrie Lamb and Aleshia Chiesa.