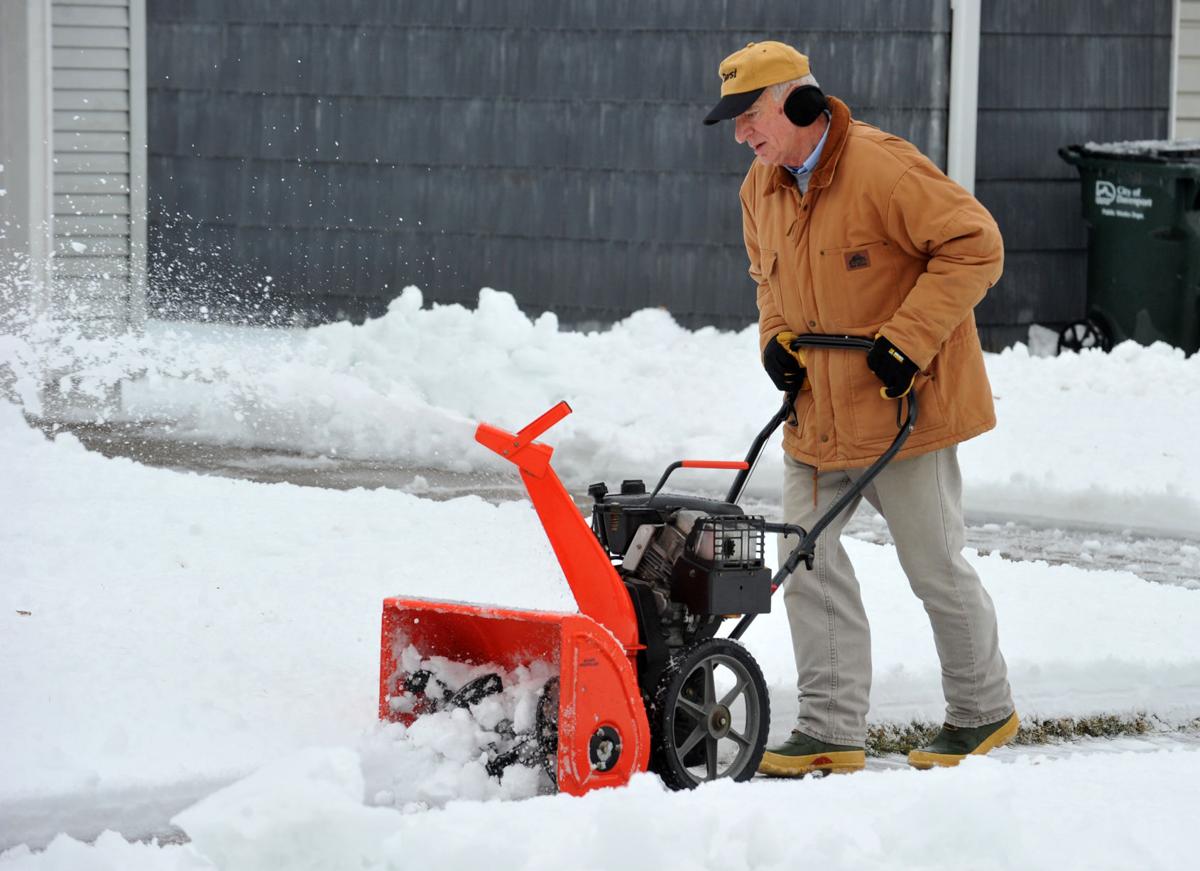 Rodney Ouderkirk of Davenport clears the snow in front of his house. 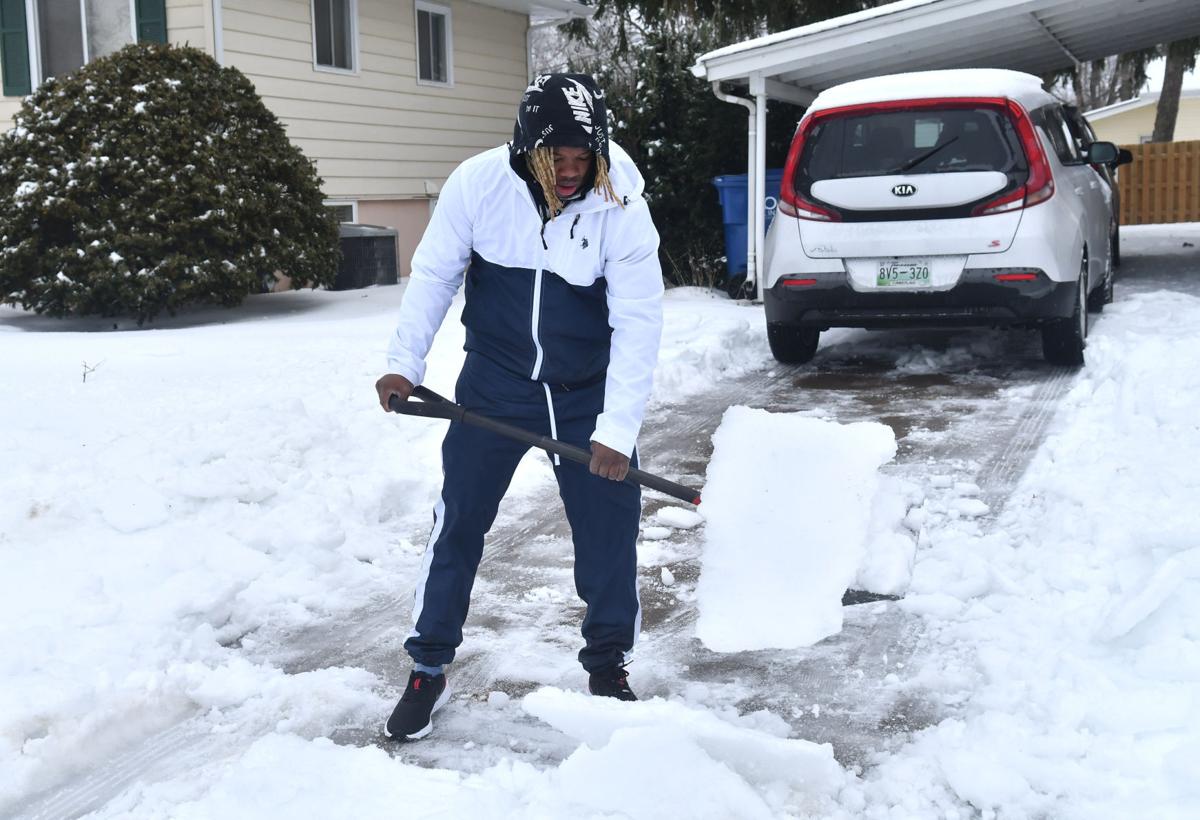 Angelo Lott of 2211 Ridge Drive shovels the heavy ice and snow from his driveway after overnight snow and ice covered the Quad-Cities last week.

Following the first big winter snowfall of the season, the city of Bettendorf wants to remind residents what to do when it snows.

When it begins to snow, remove all vehicles from the street. If snow is predicted during evening hours, cars should be moved off the street, and city code prohibits parking in turnaround areas of cul-de-sacs until snow is cleared.

The city standard for snow and ice control on public streets is bare pavement within 24 hours following the cessation of snowfall from an average 4 to 6 inch event.

The city snow plow priorities are as follows in this order: arterial streets, collector streets, local roads and cul-de-sacs, then alleys and recreational trails.

Property owners are responsible for removing snow/ice from public sidewalks that are less than six feet wide. If the sidewalk, bike path, or separated recreational trail is greater than six feet wide, the Parks and Recreation Department will clear them.

If snow/ice remain on sidewalks for more than 48 hours, the city may remove the snow/ ice and assess the actual cost against the property. Questions or concerns are directed to the Bettendorf Code Enforcement Department at 563-344-4064.

Sump pump discharge should not run over sidewalks and allowed to freeze. De-icing chemicals must be used to control a potential hazardous condition. Residents may be cited.

During snow and ice storms, fire hydrants may get buried under the snow. Residents who have a fire hydrant near their property are required to shovel a three foot wide area around the hydrant to ensure the fire department can locate the hydrant quickly during an emergency.

When clearing driveways, make sure snow is not pushed into the streets. This is covered by city code and violators may be cited.

Residents are required to remove snow and ice around their mailboxes to ensure proper delivery of mail.

If a mailbox is damaged due to winter maintenance operations, the city will place a temporary mailbox on the property and replace it with a new one in the spring.

With the help of his unspent lunch money, a Bettendorf student worked with his family to feed hungry people.

When he got a big kid bed, Christy Buckley’s son was into Pixar’s “Cars,”so Lightning McQueen was the character decorating it.

Rodney Ouderkirk of Davenport clears the snow in front of his house.

Angelo Lott of 2211 Ridge Drive shovels the heavy ice and snow from his driveway after overnight snow and ice covered the Quad-Cities last week.