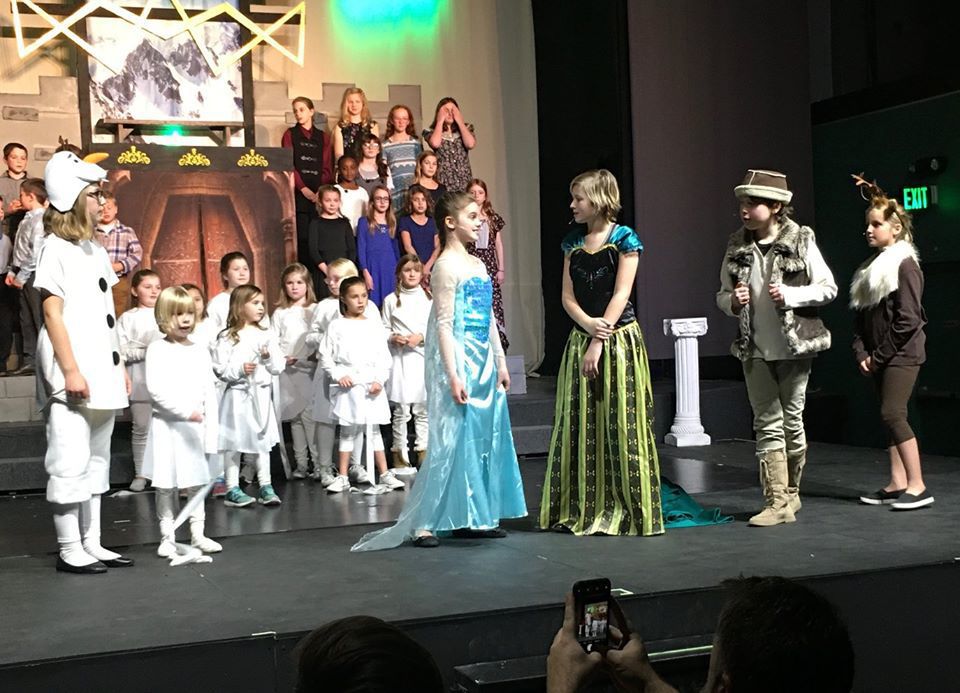 This is a scene from "Frozen Jr." during its opening weekend at Center for Living Arts in Rock Island. 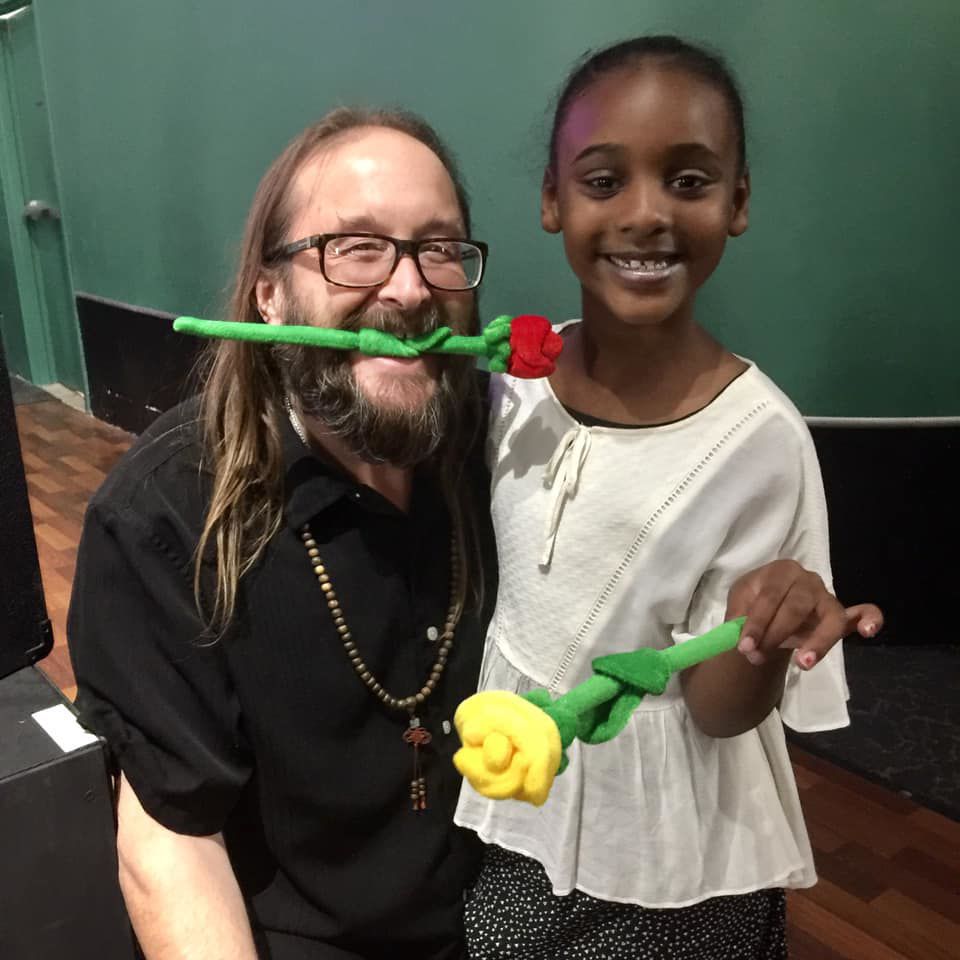 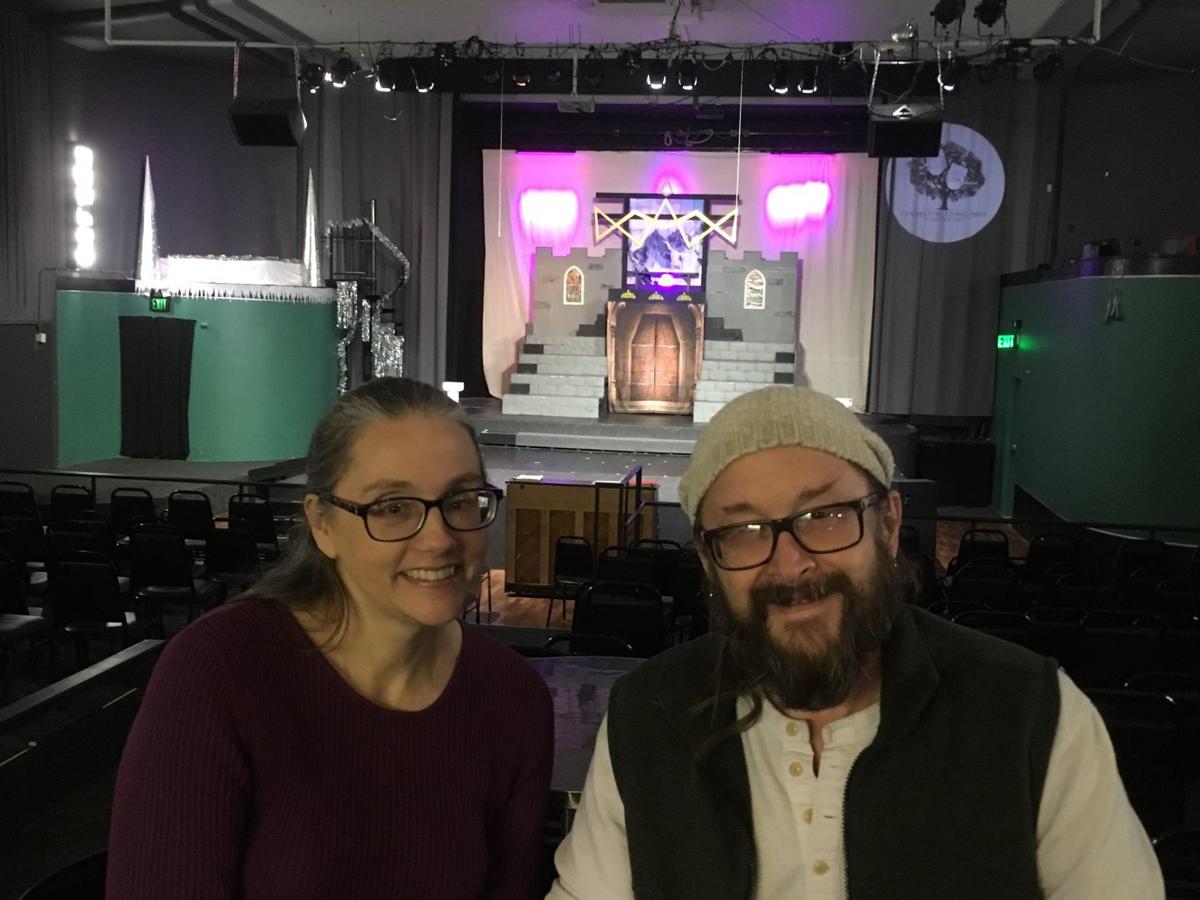 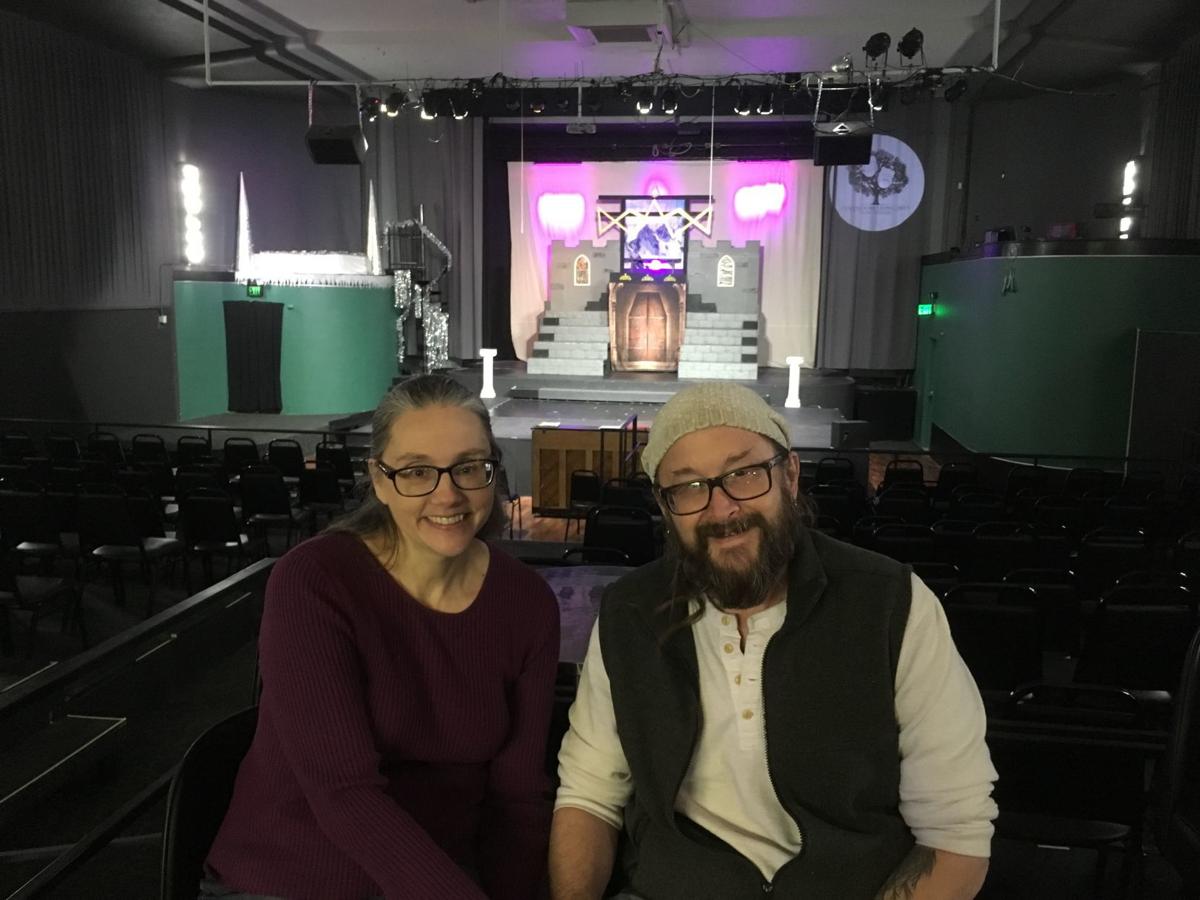 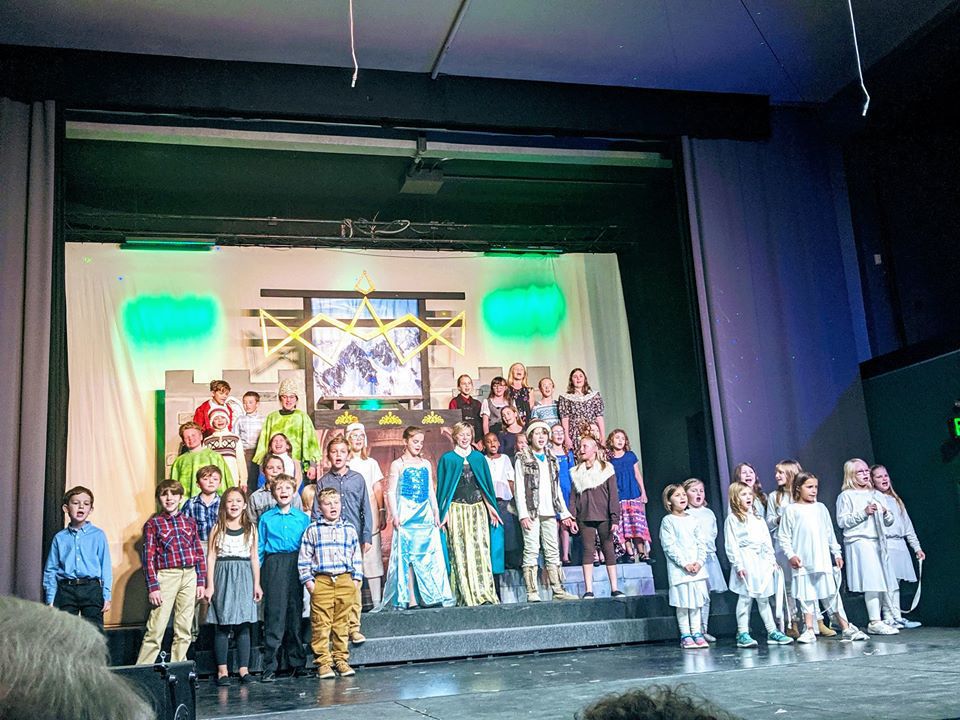 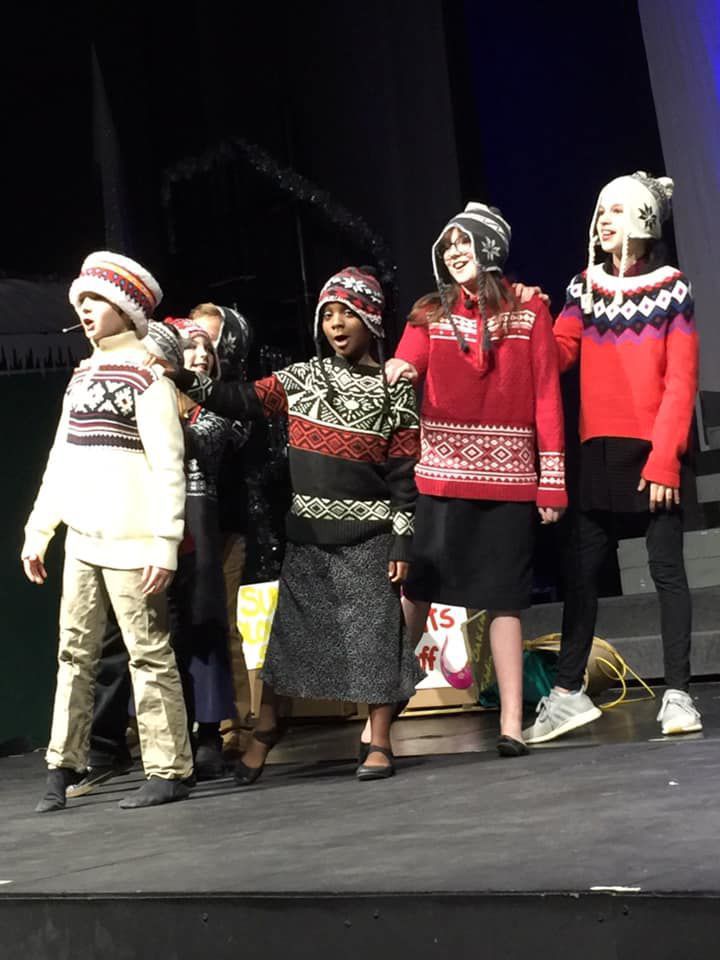 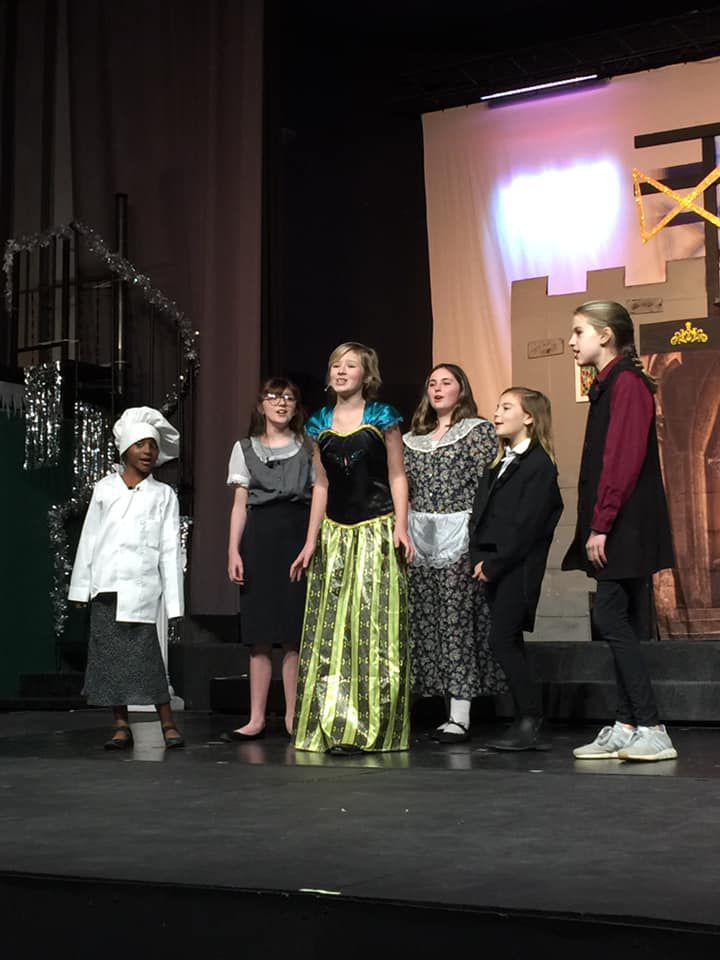 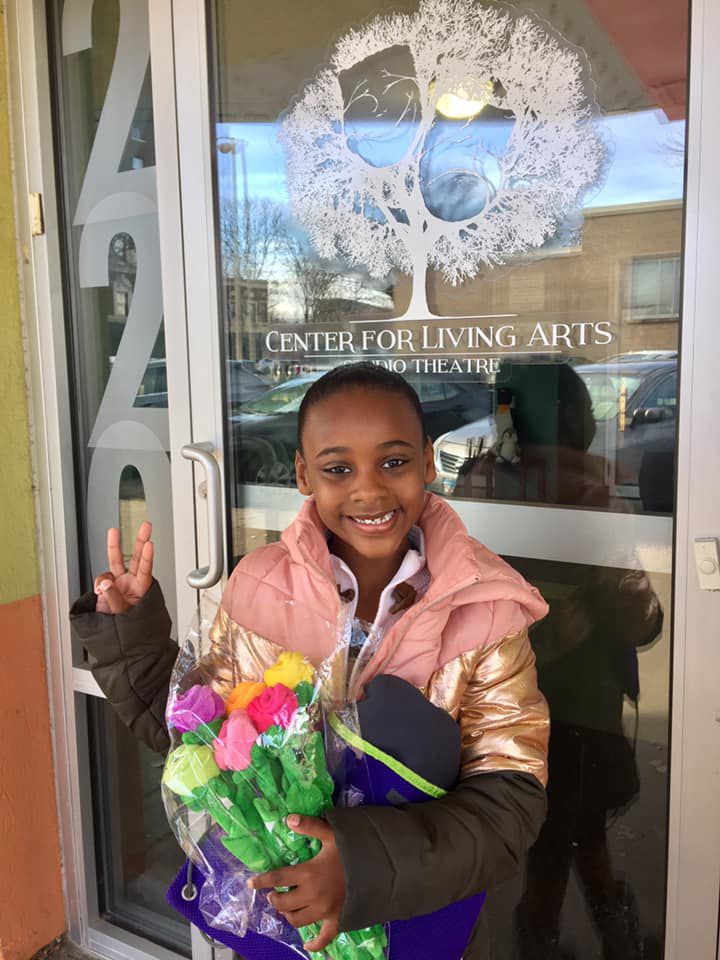 Yenework Munson, 7, is all smiles outside the Center for Living Arts, Rock Island. 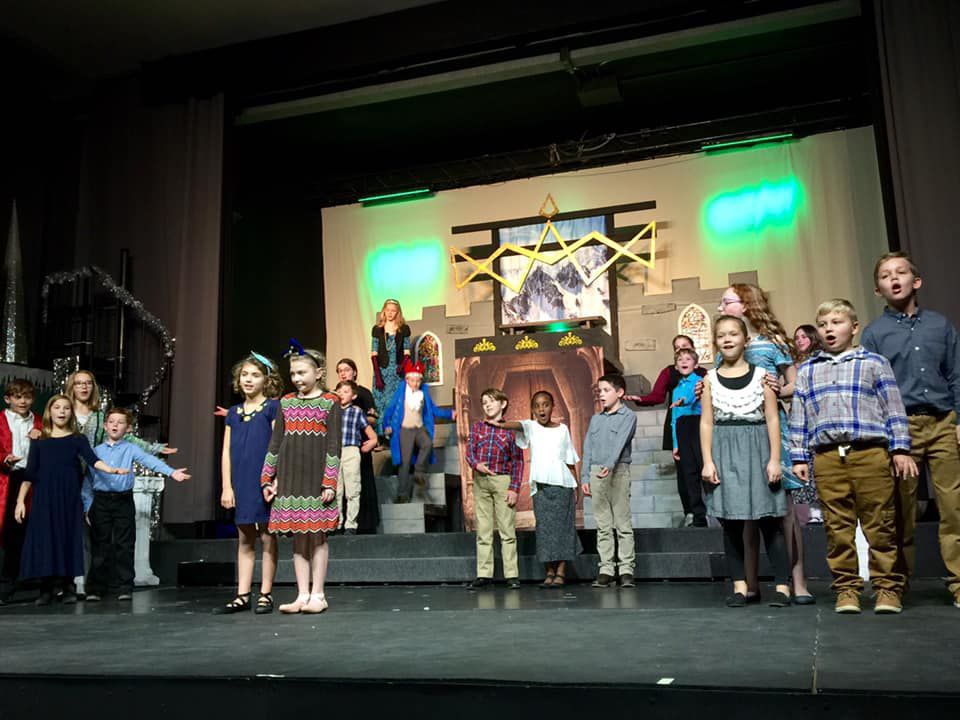 ROCK ISLAND — Timing is a vital part of theater. And the Center for Living Arts' first production in its new home in downtown Rock Island, the musical “Frozen Jr.," enjoyed the advantage of some perfect timing.

Now in its 14th season, the center debuted "Frozen Jr." with a cast of 42 students in grades one through seven on Friday, Nov. 22. Coincidentally, that's not only the 80th anniversary of the venue, the former Rocket Cinema at 220 19th St., but also the same night the new Disney animated blockbuster “Frozen 2” opened nationwide.

Center for Living Arts is so popular it has three separate casts performing its own production of the original "Frozen" story. The two other casts will be featured over the next two weekends.

"They were pumped about it once they started hearing 'Frozen 2' was coming out,” center co-owner and creative director Dino Hayz said this week, noting the students love their much larger home. They moved into the leased building in July from what's called “Center East,” the building the company owns at 2008 4th Ave.

“It was a very expensive summer, especially since when we started the summer, we didn't think anything about having a new place,” said Hayz, who runs and owns the theater with his wife, Tina. They increased capacity to 255 seats, up from 140 at their old location.

After moving into the building occupied by the ComedySportz troupe from 2010 to 2019, Center for Living Arts installed seats, new risers and new lights. The size of the stage was doubled, so it's now 24 feet wide and 24 feet deep. Hayz said his favorite renovation was adding a spiral staircase up to a small raised level at stage left, which serves as Elsa's tower in the “Frozen” show.

Their bar area now serves chips and sodas, and the center has applied for a liquor license.

Jenna Kitterman, a sixth-grader at the Rock Island Center for Math and Science, has been involved in shows at the Center for Living Arts for four years. She said she was thrilled to play Anna the first weekend of this production. “I always loved to sing and dance when I was little,” she said.

“Theater allows you to do that,” Dino said. “If there's a seed in them of allowing you to express — just the process of being in a show and getting up on stage, I think that just waters that seed and nourishes it. We hear that from parents a lot, even if their kids aren't die-hard theater fans."

The center — which puts on 11 productions a year featuring grade-school, middle-school and high-school casts — added its second cast in 2013, and then a third cast in 2016. There were groups of 50 kids per show for years, and the number of casts was expanded when that number grew, the couple said.

“And we don't do any advertising; it's all word-of-mouth,” Tina said. “The cast that goes up this weekend, there are 16 new kids that have never been in the program before of the 42 kids. So that's awesome, that we've had new people sign up.”

Set building is still done at the old place, and costumes and props are kept there, too. Circa '21 Dinner Playhouse, neighbor to the Center for Living Arts across 3rd Avenue, has used “Center East” to rehearse its shows. “I'm very happy that they can use the space,” Dino said.

Center for Living Arts has hosted a beauty pageant, a QC Rock Academy concert, and it is available to rent for other private events, as long as they don't conflict with any shows.

“The big difference between us and what was here before is they didn't have a set on stage,” Dino said. “We have a set and rehearse every night and on weekends, so we're constantly here. It depends what it is.”

He also directs the Penguin Project in partnership with Rock Island's Augustana College. Now in its fourth season, it will present “Lion King Jr.” at Brunner Theatre Center on the Augustana campus the last weekend of January and first weekend of February. All performances sold out in a half hour.

The national program provides 10-to-22-year-old students with special needs a chance to develop creative skills in theater. They are joined on stage by peer mentors who volunteer to work with them through rehearsals and the final performances. They also serve as understudies, going on if the special-needs student can't.

The 13-year-old Center for Living Arts will lease the Establishment Theatre, 220 19th St., Rock Island, and start its classes there next school year.

This is a scene from "Frozen Jr." during its opening weekend at Center for Living Arts in Rock Island.

Yenework Munson, 7, is all smiles outside the Center for Living Arts, Rock Island.