Are you one of those viewers who can’t stop watching “Casino” or “Goodfellas” when you catch a few frames on TV?

Director Martin Scorsese is back among the mobsters again in “The Irishman,” a film with a running time of more than 3 ½ hours. I enjoyed every minute of the story based on the Charles Brandt book “I Heard You Paint Houses,” based on the memories of Frank Sheeran.

To begin, “painting houses,” has to do with red spatter on the walls but has nothing to do with latex. This is about people who exact revenge for betrayal and favors for loyalty.

Robert De Niro is Sheeran, who, as a resident of a retirement home, recounts his years working for the Bufalino crime family and the part he played in the 1975 disappearance of his close friend and International Brotherhood of Teamsters Union leader Jimmy Hoffa (Al Pacino.)

The story gives us a glimpse at how various mob factions in New York, Detroit and Philadelphia influenced unions and politics throughout the country.

Sheeran claims he rose through criminal-element ranks from a truck driver to a union leader and a hit man who murdered many people for Hoffa.

Joe Pesci plays Russell Bufalino, of Philadelphia, who meets Sheeran when Sheeran has issues with his truck one day.

The two become the best of friends. Bufalino was respected because of his low-key approach and calming effect he had on those around him.

This is an ensemble piece, so you’ll see a lot of familiar faces playing real-life people. For example, Domenick Lombardozzi (“Bridge of Spies”) plays Anthony “Fat Tony” Salerno, who, at least according to this account, was involved in Hoffa’s death (In 1986, “Fortune” magazine named Salerno was one of the richest, most powerful mobsters in America.)

The movie uses de-aging technology to allow the performers to believably play their characters at various stages of their lives. At first, it’s kind of creepy to see these actors as younger men, and I’m not so sure the technique works 100 percent of the time. By the time the film really got going, I was not only accustomed to the effect but also appreciative of it.

The concept also depends heavily on the actors themselves, who are required to move and sound like younger and older men from scene to scene. They accomplish this beautifully with posture, stride and vocal inflections.

As always, Scorsese has an eye for era detail, taking us to a Vegas of days gone by and providing a visual treat with costumes, jewelry and of course music from various times.

It’s a crime story well-told as only Scorsese can do.

If you're hoping to see the new Martin Scorsese epic, “The Irishman,” on a real movie-theater screen, good luck. Your closest drive will be 12… 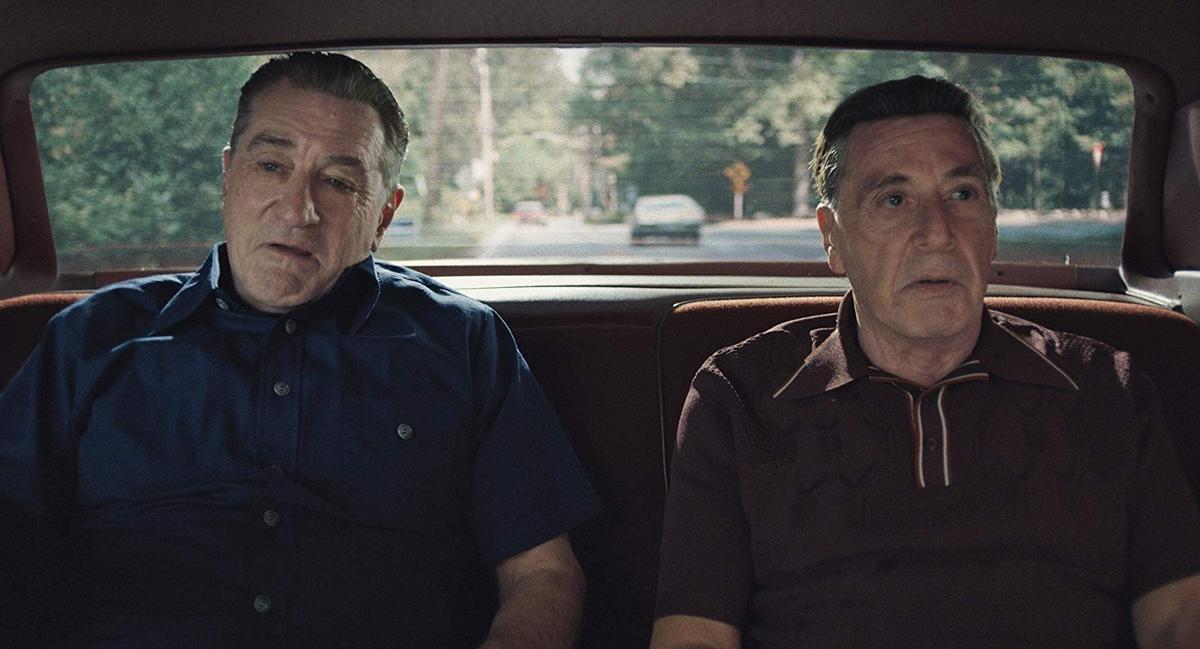