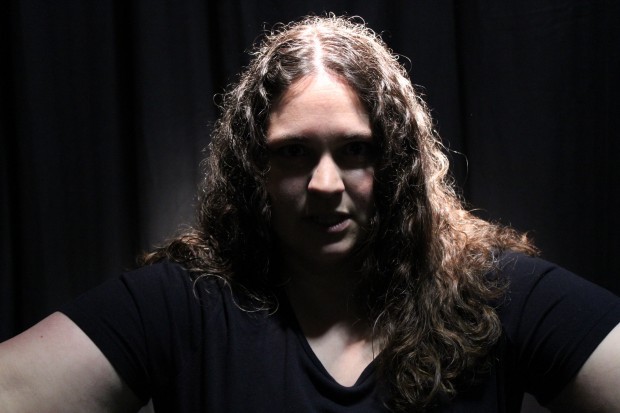 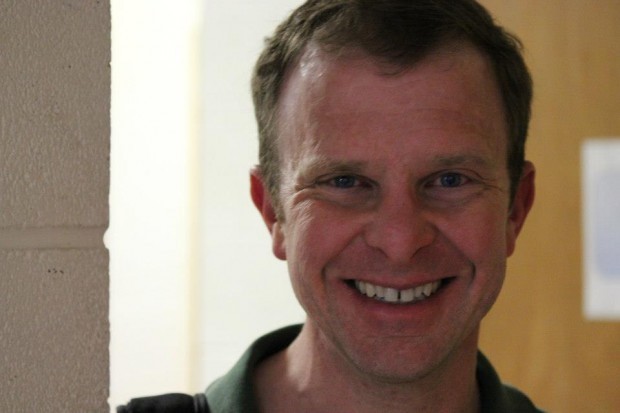 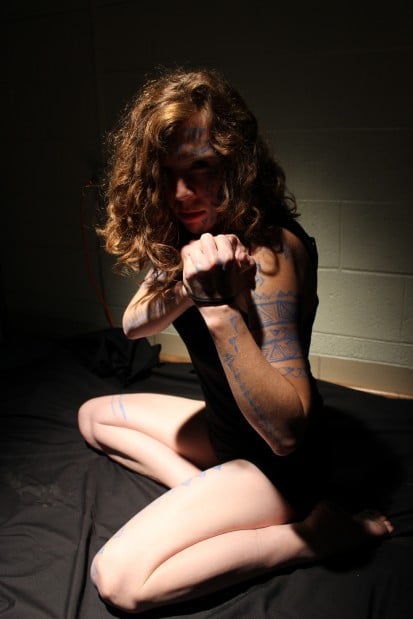 Beth Woolley plays one of the women left behind while the Sauk warriors are in battle in "Bear Girl." 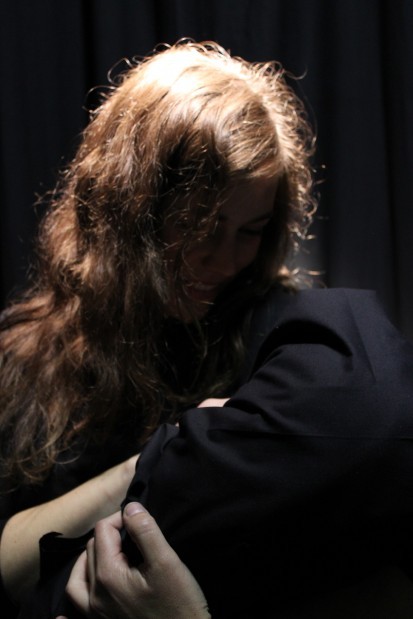 Becky Wren plays the closest friend of the title character in the Prenzie Players' "Bear Girl."

Before J.C. Luxton began writing a play about the Sauk warrior Blackhawk, he spent a week compiling a list of what he didn't want the piece to be.

"I made a huge list," he said. At the top were "no stereotypes" and "not boring."

Now, six years and seven drafts since he began writing it, his play is ready to be seen.

The Prenzie Players, which Luxton co-founded, will stage his original work, "Bear Girl," beginning next weekend at the Quad-Cities Theatre Workshop.

It's the first time an original piece has been staged by the Prenzies, who have specialized for 10 years in sometimes-offbeat tellings of Shakespeare, Greek tragedies and other classics.

"It's totally different than Shakespeare, but it's definitely poetic theater, so it's right in there with our mission," said Cait Bodenbender, another of the founders of the Prenzies and the director of "Bear Girl."

Luxton began working on "Bear Girl" in 2005, after a Quad-City-based novel he had begun to write hit a dead end.

"I didn't really have a historical context for what was happening now," said Luxton, 44, a native of Davenport and a Central High School graduate.

So he dug into the history of the area during Blackhawk's time in the 1780s, something he thinks is underappreciated.

"It seems to me there's this weird amnesia in the Midwest," he says, "where we don't pay attention to our history or own it or think that it matters very much."

Luxton found what's considered a rare item, Blackhawk's autobiography. "This is the story of his youth. It begins when he is about 15 and ends when he's about 35."

However, "I didn't want to tell Blackhawk's story from his perspective," he added. "We already have that. Why compete with the autobiography when there might be another way of telling that story?"

He found that way through the perspective of women, an approach that had not been attempted.

The title character lived in the same time as Blackhawk and was about the same age, Luxton said. It is based on a real woman who did not make herself known until she was in her 60s.

"It's a very different play than Shakespeare," she said. "For the most part, we usually do classic works. But we're people who really like new ideas. Our mission is as a troupe that produces poetic theater."

Luxton is the unofficial assistant director and has not asked for any changes in Bodenbender's direction.

"I highly approve of how bold she's been," he said. "If I had been the director, I might not have been as brave as she has, and I appreciate that."

Luxton said he had no desire to direct the play, nor act in it.

Prenzie's 2013-'14 schedule is already set, with Shakespeare's "Two Gentlemen of Verona" and "King Lear," as well as the German legend "Faust."

But that doesn't mean there won't be more original works in the future.

"It would be great if more poetic theater would show up on our doorstep," Bodenbender said, adding that she had faith in Luxton.

"But I don't know that mounting a show that has no precedent is something we're going to be up for every year."

"We are committed to poetic theater, whatever that may mean. You can take poetic in terms of language or in terms of imagination or staging," said Luxton, 44, a graduate of the Iowa Writers Workshop who works as simulated medical patient and as the instructor of an  introduction to cinema class at Scott Community College.

"What we're about really hasn't changed, but we reserve the right to explore all open or closed doors around us," he added.

WHAT: "Bear Girl" by the Prenzie Players

Beth Woolley plays one of the women left behind while the Sauk warriors are in battle in "Bear Girl."

Becky Wren plays the closest friend of the title character in the Prenzie Players' "Bear Girl."