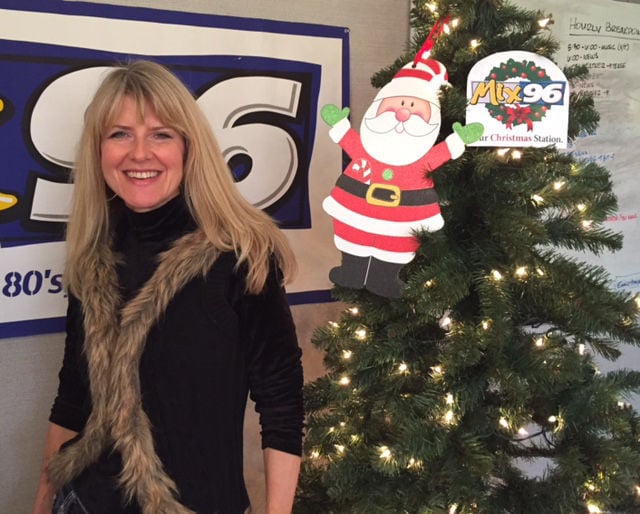 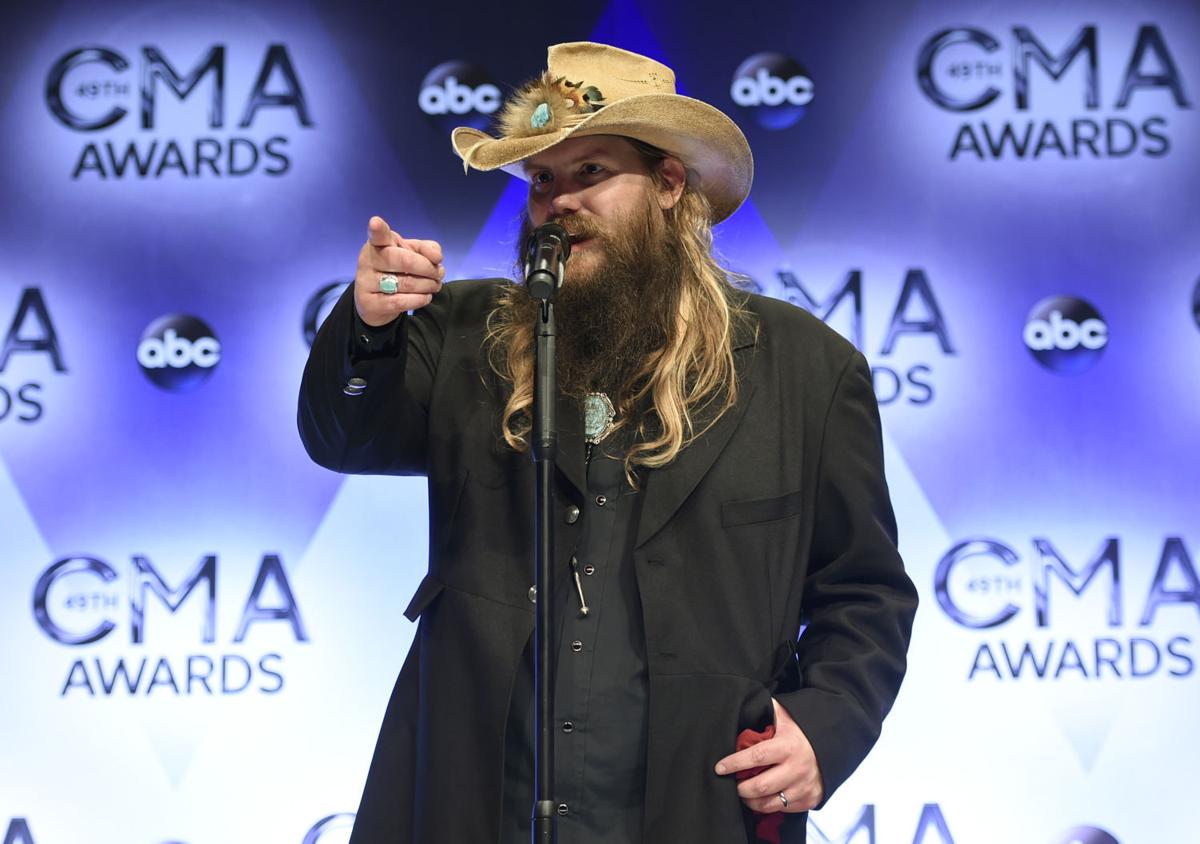 Chris Stapleton, a little-known songwriter when he opened for Little Big Town at the Adler Theatre in March, walked away with three Country Music Association awards on Wednesday.

Our recently retired executive editor forbade us from using the phrase "'Tis the season" in any kind of stories or headlines regarding the winter holidays.

If I was so tempted to use the hackneyed phrase yet again for the headline of this column, it might be followed by six or seven question marks.

As of Wednesday, Christmas music is upon us again on the radio, thanks to "Mix 96" (KMXG-FM 96.1). It was introduced at the earliest point yet, Nov. 4. Last year, billed as relief from the election season that ended the night before, it started on Nov. 8.

Judging from my friends on social media, it's nearly a 50-50 split whether it's too early or just the right time to bring Christmas music to the local radio airwaves. (Warmer-than-usual temperatures during the past week may have something to do with the disbelief.)

Mix 96, and before that, sister station KUUL-FM 101.3 (then playing oldies), have been airing all-Christmas music annually since 2002, during which time the stations' owners were known as the Quad-City Radio Group, Clear Channel Communications and now, iHeart Media.

In those early days, however, the 24/7 holiday format began on Black Friday weekend. Then to coincide with the Quad-City Arts Festival of Trees parade. And, as of last year, the first few days of November.

But the ratings seem to bear it out. Last year, the listener share for Mix 96, among listeners 12 years and older, jumped more than 40 percent from the spring ratings book to the fall book, which included November.

I don't mind the fact that a local radio station is starting holiday music this early in the year. I have a working index finger, and can use it to choose what station to listen. (I am bummed that I'm missing out on two months' worth of "American Top 40" reruns on Mix, but the iHeart Media app has a 24/7 Casey Kasem countdown channel, so there's solace there.)

Listening these days — and not just on Mix 96, which likely has little control over its playlists, but Christmas-format stations nationwide — it sure doesn't seem like that many.

All of the usual suspects are there: Bing Crosby's "White Christmas," Andy Williams' "Most Wonderful Time of the Year" and Nat King Cole's "The Christmas Song."

So are the "newer" tunes: Paul McCartney's "Wonderful Christmastime," John Lennon's "Happy Xmas (War is Over)" and The Eagles' "Please Come Home for Christmas." Released in, respectively, 1979, 1971 and 1978.

There's a whole lot of newer Christmas songs that radio listeners are missing out on.

A capella group Pentatonix made a splash last year with the album "That's Christmas to Me." Michael Buble has released several Christmas albums over the past few years. This year includes new releases by LeAnn Rimes, the Brian Setzer Orchestra, Seal, Arianna Grande, Kenny Rogers, Kylie Minogue and even K.C. and the Sunshine Band. All performers whose music is featured on Mix 96 in one way or another the other 10 months of the year.

Here's a deal, radio stations: If you're going to give us two months of holiday music a year, at least broaden your scope.

And don't look so smug, Hallmark Channel: The fact that you've already scheduled 20 hours of Christmas movies a day — cutting me out of the nightly reruns of "The Middle" and "Golden Girls" that I enjoy — makes me want to get out the coal lump catalog.

When Little Big Town headlined a concert at the Adler Theatre in Davenport in March, I did my due diligence and tried to nab a phone interview with one of the foursome to promote the show.

They were busy, I was told, but I could get an interview with the opening act, a guy named Chris Stapleton. None of his songs were on the radio yet and his debut album was months away, but he had written hits for Kenny Chesney, Tim McGraw and Luke Bryan.

The interview went off well enough, and I was impressed by him avoiding becoming a cookie-cutter country artist.

"We're just making our own noise, and people can label it however they want," he said at the time of his mix of country, R&B and rock.

Fast forward about seven months, and Stapleton is center stage at Wednesday's Country Music Association Awards, picking up trophies for best new artist, best male artist and album of the year, for the aforementioned "Traveller."

It goes to show that awards shows aren't always predictable, and that Stapleton's colleagues give him thumbs-up for originality.

Read the interview with him, attached to this column at qctimes.com.

"Escape From Firebase Kate," Davenport filmmaker Paul Kakert's documentary about Quad-City native Bill Albrecht and his Vietnam War experience leading troops as the youngest commanding officer in the country, is getting some TV airplay this weekend.

It will air at 9 p.m. today on Iowa Public Television, and at 8 p.m. Sunday on WQPT. PBS stations in Nebraska, Maryland and New Mexico have also scheduled airings, Kakert said.

By the end of the month, it also will be available on iTunes and Amazon Prime.

Movies in a Minute: 'Hamilton'

Facts you never knew about the Fourth of July

Facts you never knew about the Fourth of July

These are Carl Reiner's biggest movies and tv shows

These are Carl Reiner's biggest movies and tv shows

Chris Stapleton, a little-known songwriter when he opened for Little Big Town at the Adler Theatre in March, walked away with three Country Music Association awards on Wednesday.