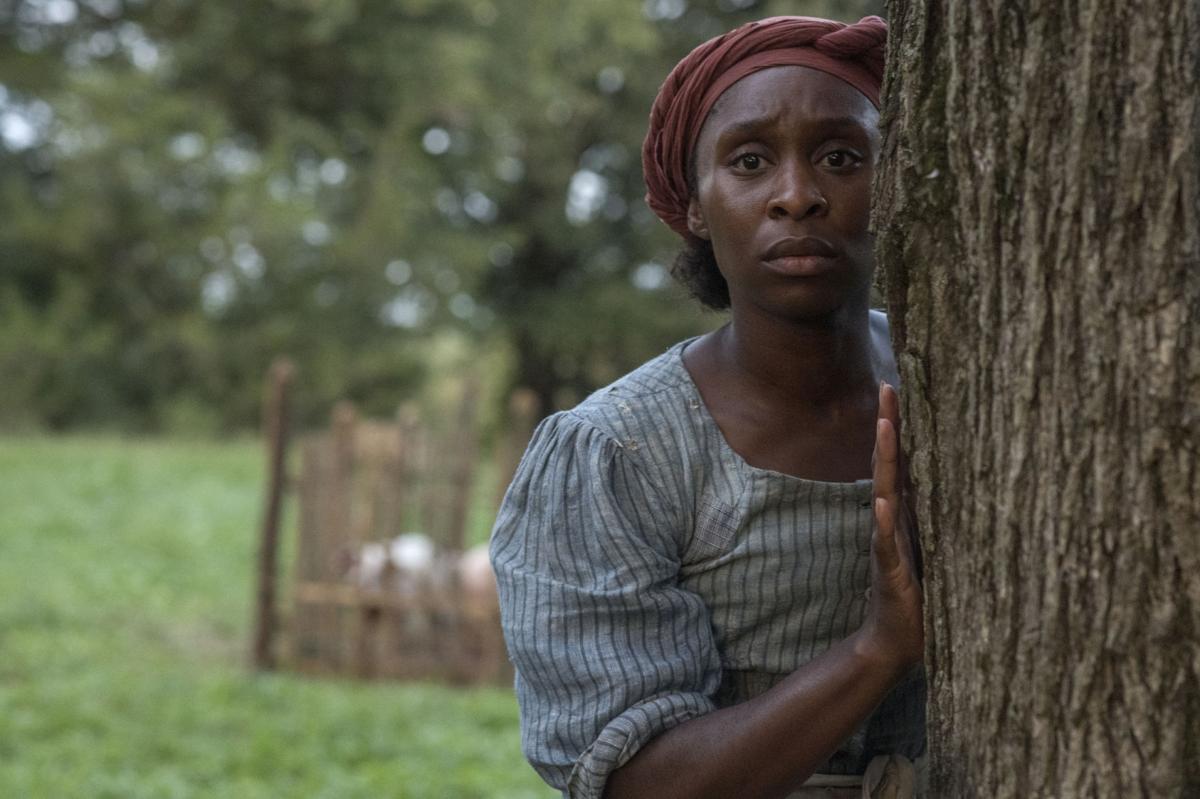 The wonderful Cynthia Erivo (“Bad Times at the El Royale”) carries the whole movie on her talented shoulders in the title role.

Araminta (her birth name) is bon into slavery in Maryland. She married a free man, and requests her children be born free. When her owner denies her request, she decides to try to escape to Philadelphia in 1849.

Because of a brutal injury when she was younger, Harriet has fainting spells, some of which are revelations. She attributes these moments as God speaking to her.

It’s that faith that takes her to freedom against every imaginable obstacle.

Several people help her in her quest for freedom, including local minister Rev. Green (Vondie Curtis-Hall) who gives her encouragement before she makes her perilous way across 100 miles, all the while with slave catchers on her trail.

She makes it to Philadelphia, where she finds a safe harbor with the help of William Still (Leslie Odom Jr., “Murder on the Orient Express”), a free African-American and abolitionist who helps coordinate the Underground Railroad.

Harriet lives in a rooming house run by Marie Buchanon (Janelle Monáe, “Hidden Figures.”) She misses her family so much she decides to return to the south and help some of her family members and other slaves escape to freedom.

She changes her name to Harriet, and becomes an abolitionist and eventually the most well-known “conductor” on the Underground Railroad, a network of secret routes and houses in the United States used by enslaved by slaves to escape to freedom.

Erivo, whom I enjoyed immensely in “Widows,” has a terrific voice (you really should see “Bad Times” if you haven’t – she gets a chance to show off her wonderful voice that earned her a Tony Award for the revival of “The Color Purple” in 2016.

Her steely determination is evident in every scene. What a performance this is – one of the best of the year.

It isn’t easy to watch this movie. Snarled racial slurs drip scorn at their targets. Slaves are considered to be far less than human. Violence and threats are easy solutions for those who will not take “No” for an answer.

Although it isn’t being marketed as such, this can be considered a faith-based film, as well as its obvious biopic classification.

It’s a great movie for students — or anyone else for that matter — to see, because it makes a real American hero come to life. Attention to details to dress and environments gives the movie an authentic look.

Both its star and her character should be remembered.

Rated: PG-13 for foul language, including racial slurs, and violence.

At Cinemark, Davenport and Regal, Moline.