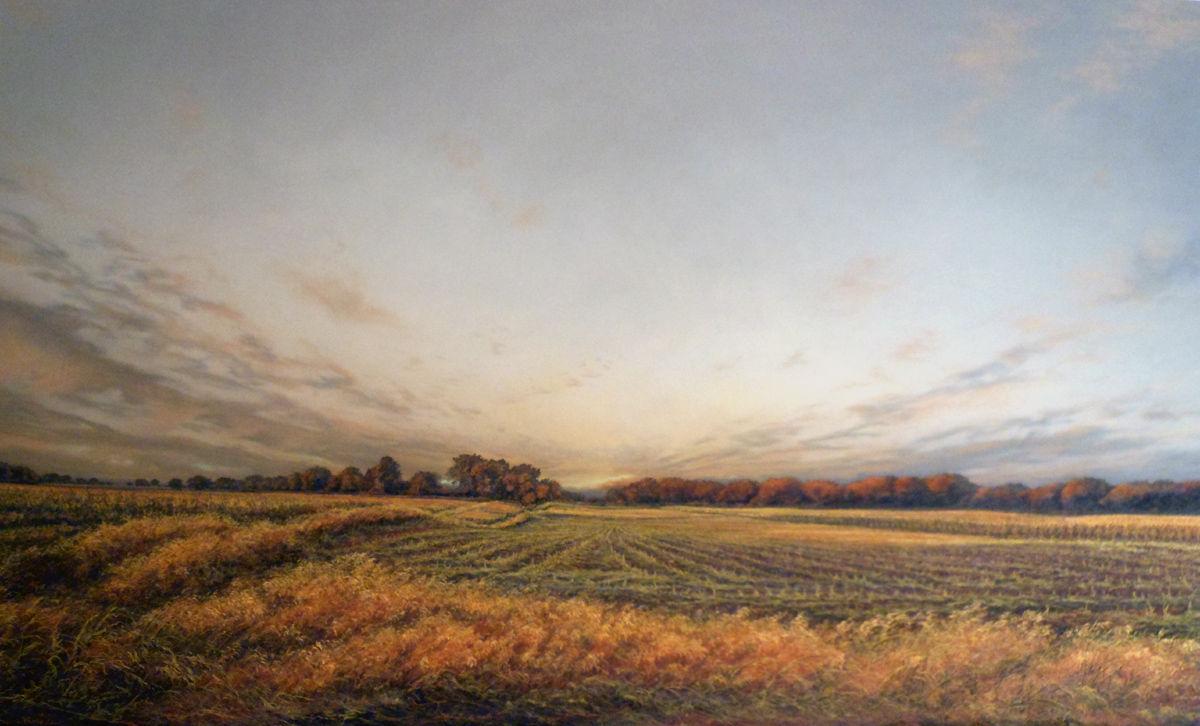 "Harvest — Iowa" is one of the pieces by Ellen Wagener on display at the Figge Art Museum beginning next week. 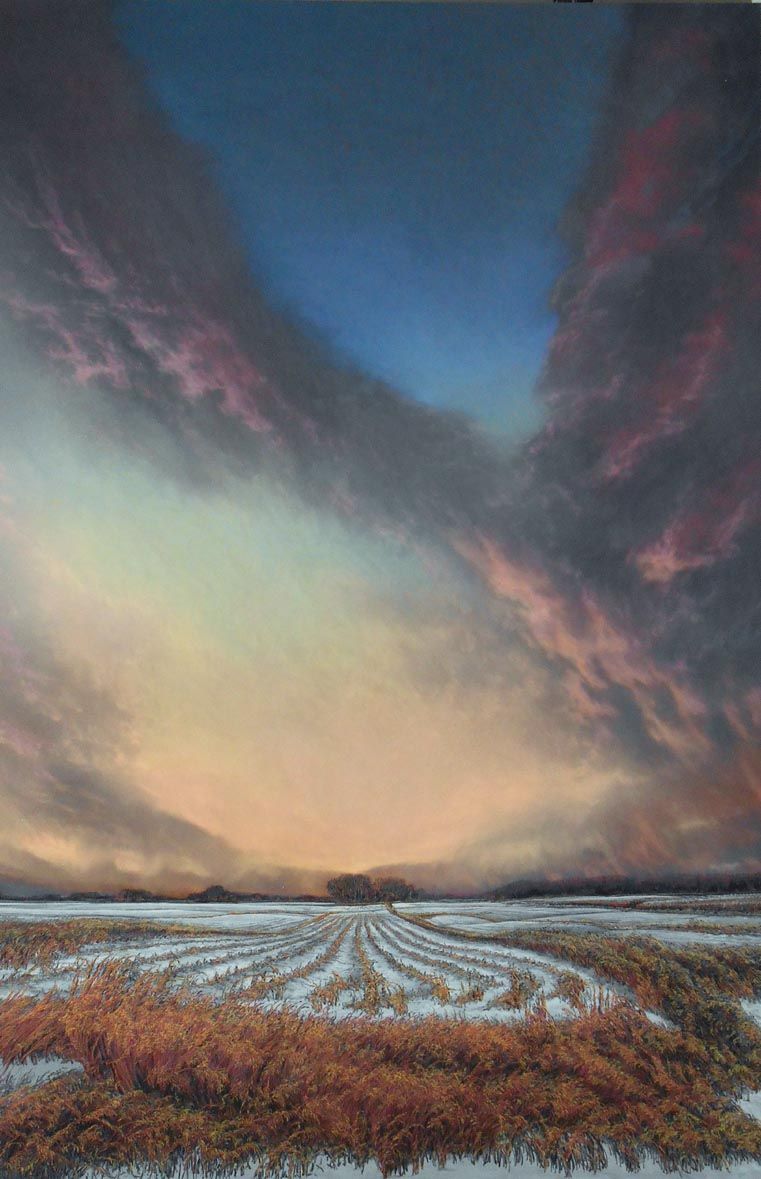 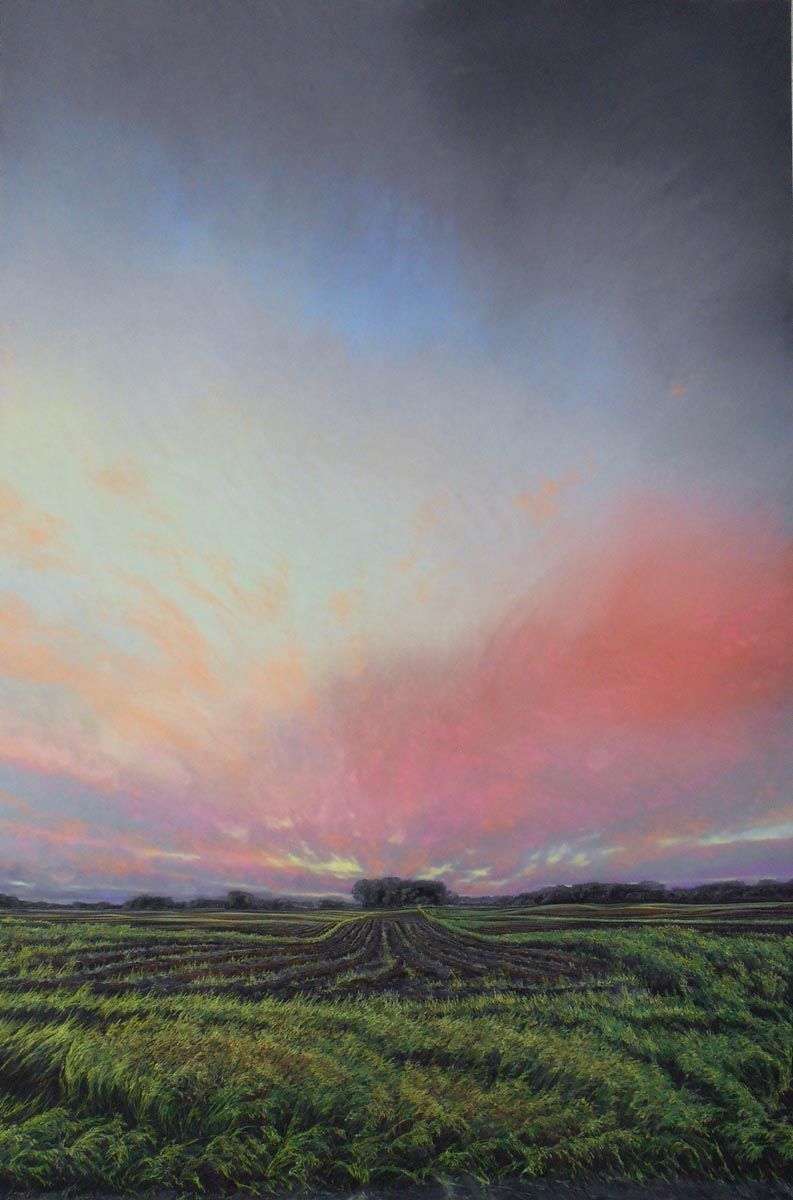 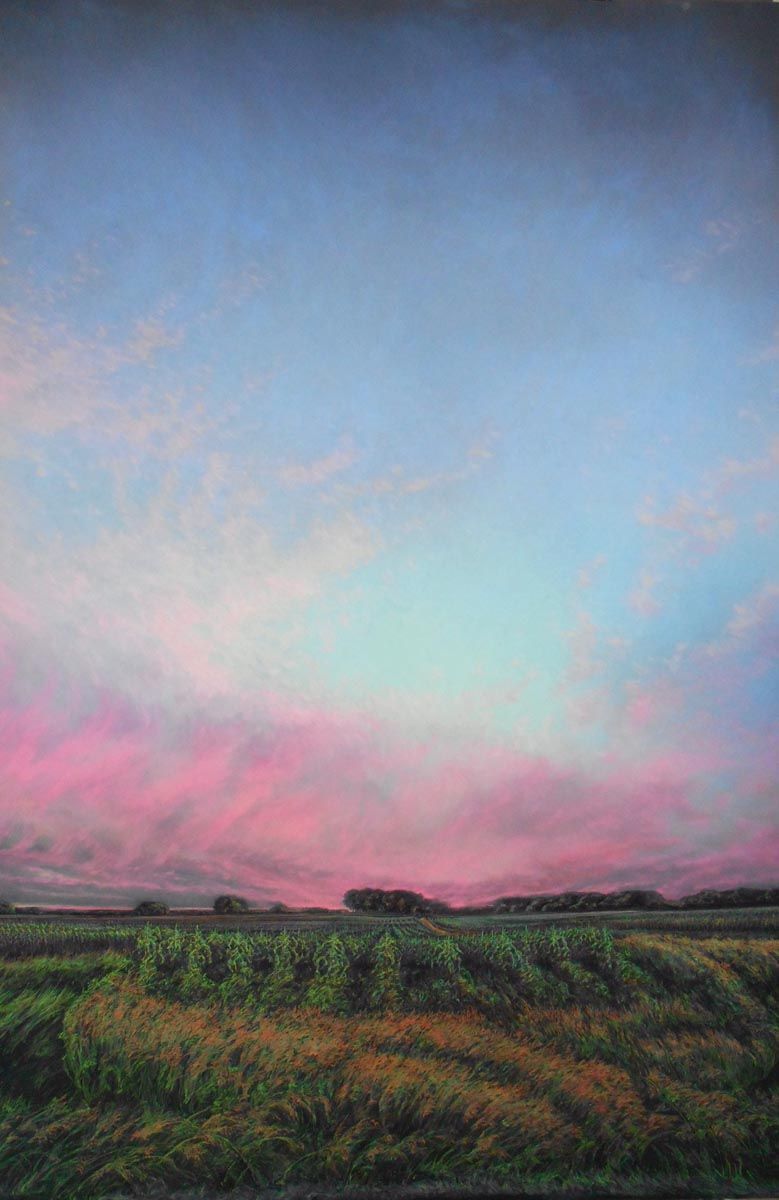 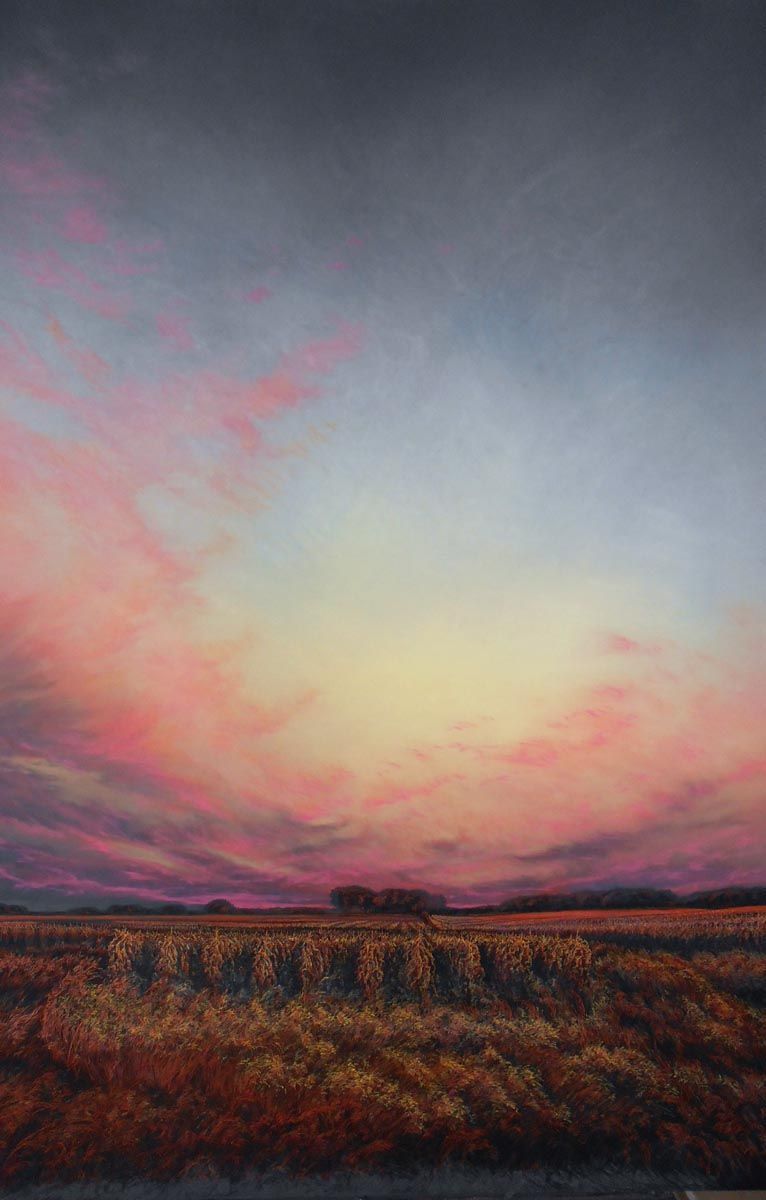 Ellen Wagener says she knew her life's calling before she hit kindergarten.

"I really wanted to be an artist, because when I grew up in DeWitt, there was a mural in the post office done by John Bloom," she said of the native DeWitt artist known as both a Grant Wood protege and as sculptor Isabel Bloom's husband.

"It was mesmerizing to me, because it was the first real painting I'd ever seen. I was stunned," she recalled of her weekly trips to the post office. "This painting really captivated me and I was committed, by the time I was 4 or 5 years old and finger painting, that I was going to be an artist."

And indeed she has.

After graduating from the University of Iowa and Corcoran College of Art and Design, part of George Washington University in the District of Columbia, she returned to her home state with a new perspective.

"Connecting to where I grew up was really a mission for me at the time," said Wagener, who also taught at the former Marycrest International University in Davenport.

"When I started driving my car along the gravel country roads I was pretty lonely, really, drinking coffee and listening to NPR," she said. "The landscape really started to sink into my head. It became the thing that immediately captivating me and I started painting Iowa — the thing you see in your rear-view mirror."

Those paintings are among an exhibit, "Horizon Lines," that go on display at the Figge Art Museum in Davenport beginning next weekend.

Now living in Scottsdale, Ariz., the 50-year-old Wagener waxes poetic about her home state, the rhythmic patterns in the Iowa cornfields and how the soybeans change color from "emerald green to golden amber to rusty red."

Nearly 15 years ago she moved to the Southwest, making her homecomings all the sweeter, she said.

"Sometimes you would still see the architecture of corn standing," she said. "I was just fascinated by this, as if I had never grown up in Iowa.

"It was haunting and beautiful," she added.

Wagener has expanded on her original idea of landscapes, to include the "obscene" fast-food signs found along roadways.

She also added nature's fury to her work — "F5," a depiction of an Iowa tornado, has been on display in the Figge orientation gallery and is part of the museum's permanent collection.

Wagener takes photos during her trips back to Iowa for reference point while painting in Arizona.

"I've always wanted to live in the Southwest," she said. "I had this bizarre affinity for Georgia O'Keeffe and her commitment to the landscape in one locale fascinated me."

As she's done with her Midwest work, she tries to avoid cliches in her home of the past 15 years.

"I've found new things as a landscape painter, way beyond mountains and cactus," she said.

Wagener still is getting respect in her home state. She was commissioned to paint four panels, one depicting each season, for the new U.S. Courthouse in Cedar Rapids.

That, she said, may inspire a young artist the way she was in DeWitt.

"I felt I had this natural connection," she said, "Grant Wood, John Bloom and then myself as a second- or third-generation regionalist."

What: "Horizon Lines" by Ellen Wagener

Tawny Kitaen also starred as the fiancee to Tom Hanks' character in the comedy "Bachelor Party," and as Jerry Seinfeld's girlfriend in a 1991 episode of "Seinfeld."

START THE WEEK OFF RIGHT: 3 ways to improve mental health through self-care

Do you believe that you are worthy of creating more? How is your self doubt blocking you from your success and happiness? Do you know what is …

Amid outcry, NBC says it will not air Golden Globes in 2022

Amid growing pressure on the Hollywood Foreign Press Association, NBC said Monday that will not air the Golden Globes in 2022.

Tom Cruise has returned his Golden Globes to the Hollywood Foreign Press Association, a source says, amid controversy on the HFPA's lack of diversity.

Ellen DeGeneres, who has seen a ratings hit after allegations of running a toxic workplace, is ending her longtime-running talk show.

Elon Musk showed a combination of humility and hubris as he opened his highly anticipated hosting gig on “Saturday Night Live.”

The day we honor mothers is almost upon us. For the occasion here are six great films about mothers.

A federal judge on Wednesday allowed former reality TV star Josh Duggar to be released as he awaits trial on charges that he downloaded and possessed child pornography.

A 16-year-old "American Idol" contestant has dropped out after a video circulated of him sitting next to someone wearing what appears to be a Ku Klux Klan hood.

"Harvest — Iowa" is one of the pieces by Ellen Wagener on display at the Figge Art Museum beginning next week. 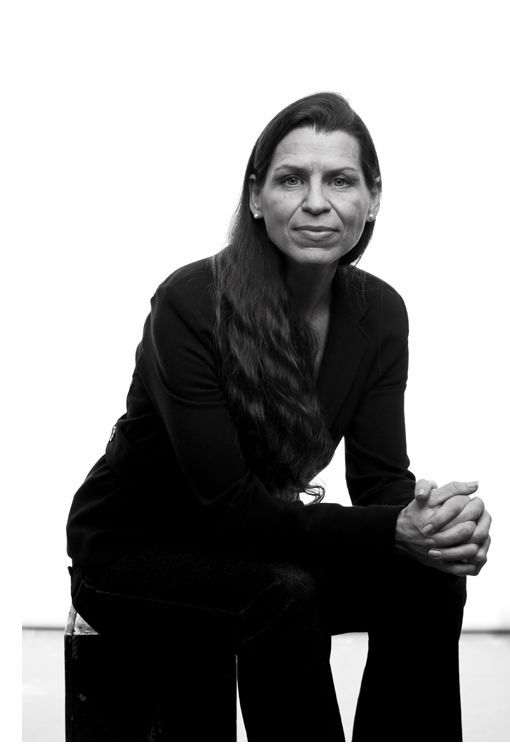