Have you watched the new Disney show, 'The Ghost and Molly McGee?' A Rock Islander is the co-creator and executive producer.
0 Comments
Share this
1 of 2 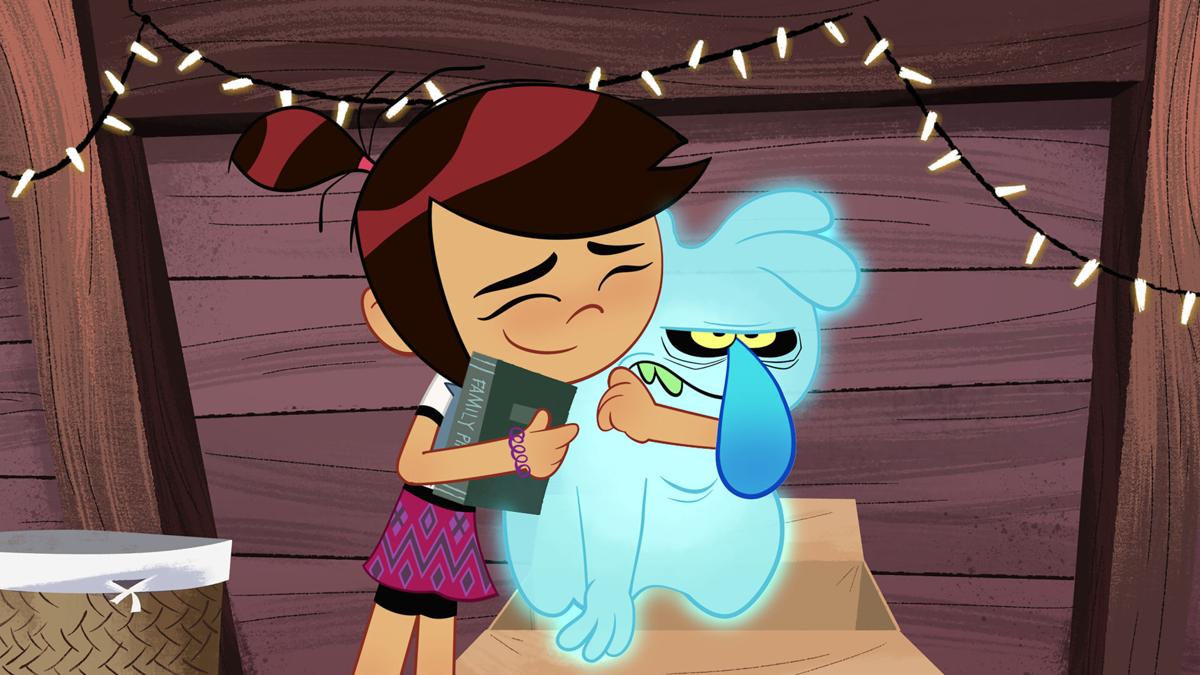 "The Ghost and Molly McGee," created by Rock Island native Bill Motz and his longtime friend, Bob Roth, tells the story of an optimistic tween and a grumpy ghost bound together by an accidental curse. 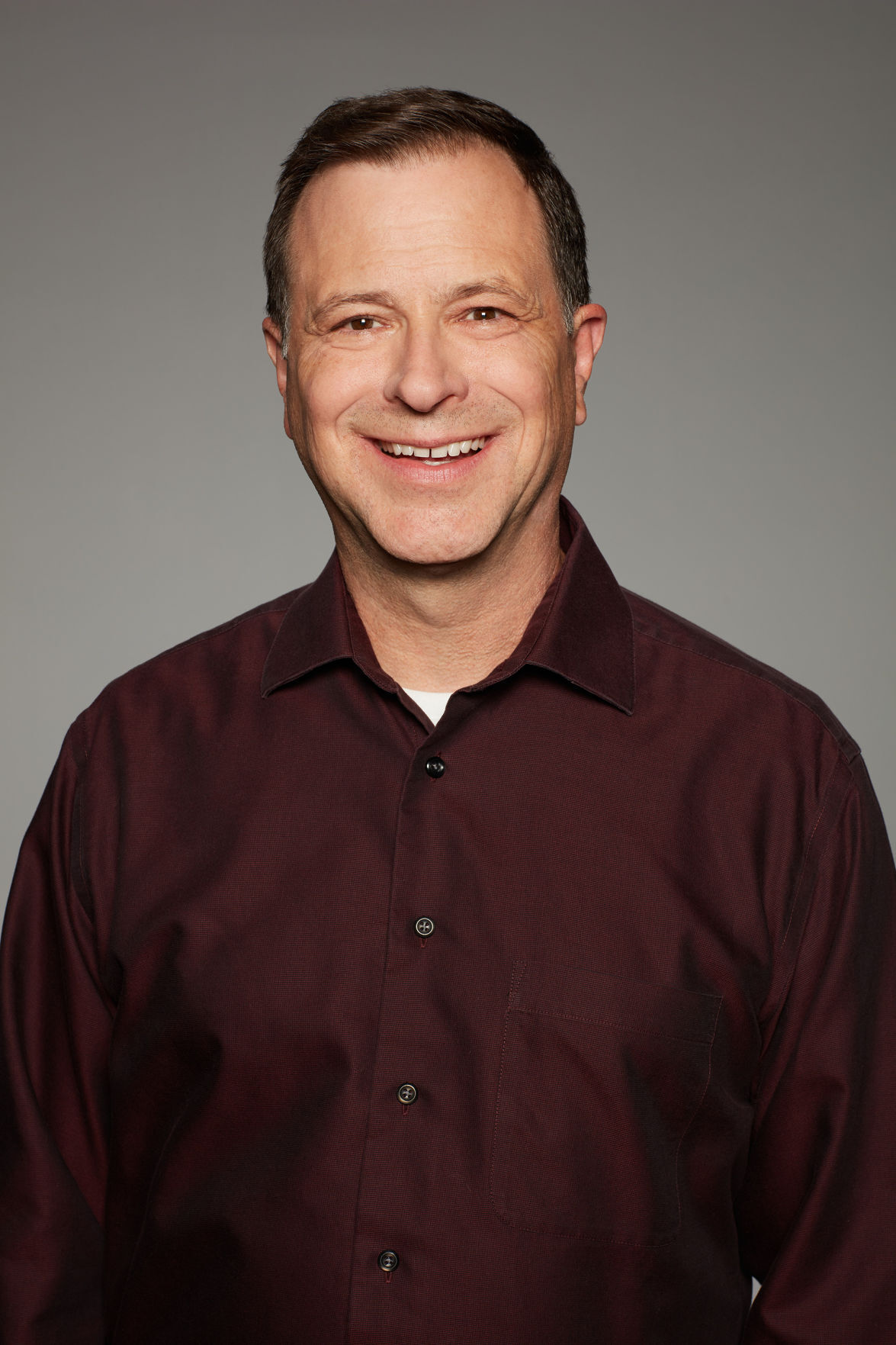 While watching "The Ghost and Molly McGee," Quad-Cities natives may notice a few similarities between the area and the fictional town of Brighton.

Main character Molly's new middle school may seem familiar to those who attended Rock Island High School. More than the building, though, is the atmosphere of a town trying to figure out where to turn during hard times, like the Quad-Cities experienced when IH Farmall Works closed its doors in 1987.

Bill Motz, a co-creater and executive producer on the new animated series, was attending junior high in Rock Island when the major factory closed and remembered seeing bumper stickers that read, "Last one to leave the Quad-Cities turn the lights off."

Like how the Quad-Cities rallied after the closing, Motz wanted to show Brighton as a town at a low point, trying to bring itself back.

"There's a lot of that spirit, that Quad-City spirit that says, 'We've got a rich, proud history and we face economic challenges head on and with creativity,' and I wanted to reflect that in the show," Motz said.

"The Ghost and Molly McGee," created by Motz and Bob Roth, premiered on the Disney Channel on Oct. 1 and is now streaming on Disney+. The show follows eternal optimist Molly McGee and her new best friend Scratch, a particularly grumpy ghost, bound together forever by an accidental curse, much to his annoyance. It has already been confirmed for a second season.

As the characters grew, Motz and Roth began to notice similarities to their working relationship. Much like Molly, Motz is an optimist, and similar to Scratch, Roth is more cynical. After realizing this, they decided to lean into it.

"It was kind of funny to lean into that and sort of play a version of ourselves," Motz said. "It's maybe heightened of course, although Bob might argue that, at times, it's not as heightened as one would imagine."

On Oct. 31, 1991, Motz and Roth sold their first pitch for "Darkwing Duck" to Disney. It's fitting, he said, that "The Ghost and Molly McGee" premiered in October, 30 years later.

The pair met at the University of Southern California, where they both attended a summer production workshop. They've worked together ever since, moving from Disney to Warner Brothers to Nickelodeon then back to Disney.

Other projects they've worked on include the "Legend of Tarzan" TV show, "Kim Possible" and "The Penguins of Madagascar," which won an Emmy Award for Outstanding Writing in Animation.

Motz hasn't had the chance to watch the show with his family in-person but is planning to host a virtual Disney+ watch party. Despite it being a show for kids, Motz and Roth tried to add elements that viewers of any age would enjoy.

"We kind of wanted to make something that everybody got to enjoy," Motz said. "It plays ... certainly on the kid level, but it also plays at an adult level as well."

Two coffee shops known for their unique drinks will open new locations in Iowa and Illinois.

Katey Sagal, known for playing Peggy Bundy on “Married... with Children,” was hospitalized after a car hit her while she was crossing an L.A. street.

About Town: Ghost tours, hockey returns, and a chance to eat bacon for a good cause

'It's not helpful': Jonah Hill asks fans not to comment on his body

"I know you mean well but I kindly ask that you not comment on my body," he wrote to his 3.1 million followers.

"Breakfast on Pluto," the new exhibition from Cedar Rapids artist Jane Gilmor, will show until Feb. 6 in the Figge Art Museum Katz Gallery.

Demi Lovato thinks the term 'aliens' is 'derogatory' to extraterrestrials

Lovato explained that they do not believe that beings from another planet mean to harm humans.

The first Paper Jams concert will be on Oct. 19.

A walkout would bring film and television productions across the country to a standstill and would be the biggest Hollywood labor dispute in more than a decade.

LOS ANGELES (AP) — Cher has sued the widow of her former musical partner and ex-husband Sonny Bono over royalties for Sonny and Cher songs including “I Got You Babe” and “The Beat Goes On."

"The Ghost and Molly McGee," created by Rock Island native Bill Motz and his longtime friend, Bob Roth, tells the story of an optimistic tween and a grumpy ghost bound together by an accidental curse.