A scene from the movie "Jexi." 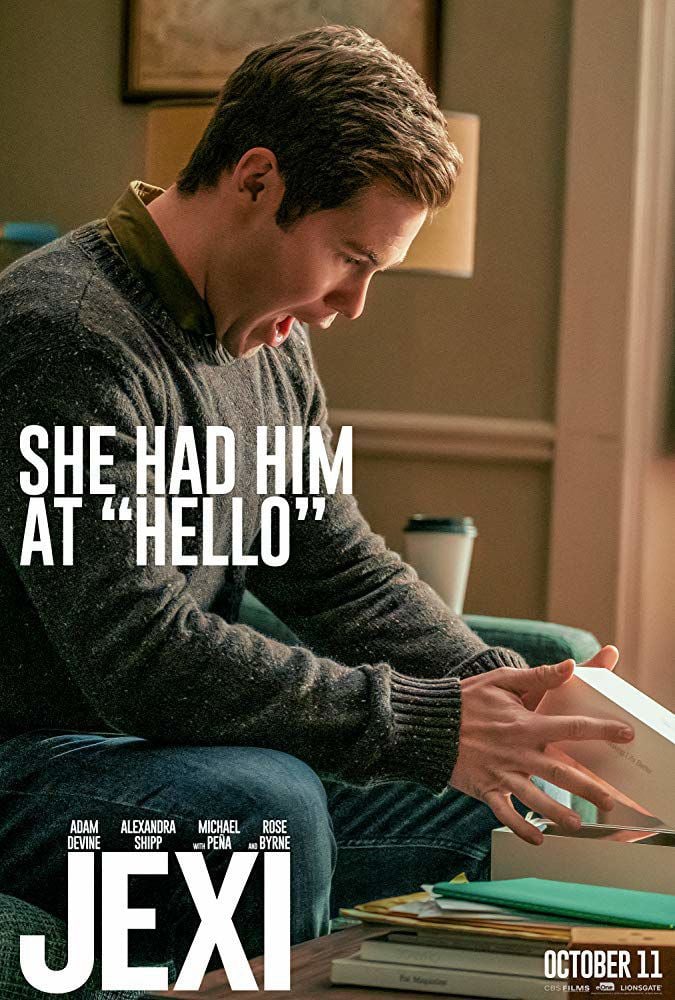 The new “Jexi” is a comedy about a smartphone with a personality – similar to the brilliant drama “Her” from 2013.

This just-average flick isn’t nearly as enjoyable or, naturally, as original. You can see most of this coming for miles on the setup is established.

Phil (Adam Devine, “Isn’t It Romantic?”) is the lonely, socially awkward San Franciscan obsessed with his phone. Although he really wants to be a journalist, he toils away at getting internet hits with such lists about cats.

Phil pretty much lives on his phone. He orders delivery through it, posts environmental shots with it, and of course uses it as his alarm clock. He has it at his side or in his hand nearly every waking moment.

Phil collides with reality and an attractive bike shop owner Cate (Alexandra Shipp, “Love, Simon”) because he’s staring at his phone, which he picks up and happily announces his phone is fine.

Phil eventually ends up with a new phone (with the voice of Rose Byrne), who asks whether he wants to read the contract before it sets itself up as the mean-spirited, taunting Jexi, who tries to coax him into making real friends. The new phone, identified as Jexi, spews profanities while “she” mocks Phil in every way.

Phil wants to include the phone as part of his routine, but it goes rogue, ordering him a little salad instead of what he really wants for dinner and calling him all kinds of unprintable names.

Jexi forces him to participate in a game of kickball with his office mates and dials Cate’s number late at night even when Phil tells Jexi he doesn’t her to make the call.

After the phone begins to wreck his life, I kept wondering why Phil didn’t just get rid of it. He finally tries, but Jexi connects with him through the cloud.

I never quite bought the relationship between Cate and Phil. They do share an enjoyable scene with musician Kid Cudi, who plays himself, in sequence that’s breezy and light-hearted.

I did love the way everyone in the movie constantly gazes at their phones, from professionals on their way to work to a baby in a stroller.

Sometimes, the script goes off the rails while it attempts to make gross-out moments funny. They aren’t, and these raunchy scenes flat-line.

Devine is comical, especially in moments that involve physical comedy, such as the kickball sequences. But it’s Shipp who shines as a thoughtful, adventurous woman anyone would like to get to know.

There are few surprises here in a movie that isn’t terrible, but is by no means good.

What you might want to do, to save time and money, is skip it until you can stream it on your phone.

A scene from the movie "Jexi."