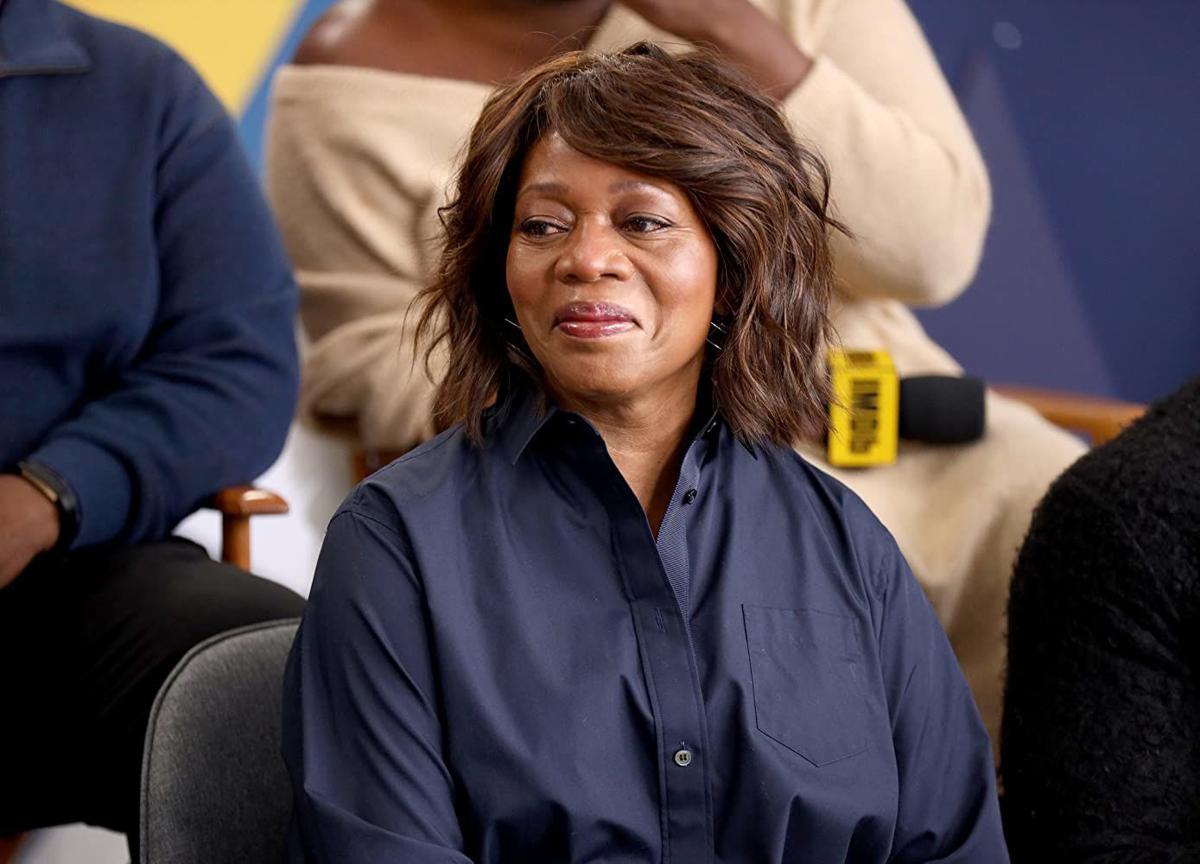 The wonderful actress Alfre Woodard deftly carries the character study “Clemency,” a wince-inducing drama about prison and the criminal-justice system.

Woodard is Bernadine Williams, a prison warden whose responsibilities include managing executions.

The movie opens with the death of a prisoner, who has been sentenced to die from a lethal injection. The man (Alex Castillo) is strapped to a gurney while a medical technician tries, and fails, to find a vein in the man’s arm.

While those attending watch the proceedings, the man’s arm begins to drip blood, and the technician begins to try to find a place for the injection in the foot of the condemned man, who screams in terror and pain.

Bernadine is controlled, professional and distant — that is, until she goes home and begins to consider what has happened. She has seen this occur too many times, and she is beginning to lose her focus.

She often delays coming home to her loving husband  because she drinks — sometimes too much — with a colleague.

Now she finds herself confronted by supporters of another death-row inmate, Anthony Woods (Aldis Hodge, “Hidden Figures,”) who continues to maintain his innocence.

Anthony, accused of killing a police officer, gets some support from his attorney (Richard Schiff.) In the meantime, Bernadine begins to assemble the team to be on hand during the execution.

She is not the only person adversely affected by executions. Those around her, too, including an exhausted chaplain (Michael O’Neill, “Indivisible,”) suffer emotional and mental stress from their part in the deaths.

Anthony, feeling hopeless, tries to kill himself in a scene which, among others, is difficult to watch.

We see both Bernadine and Anthony in quiet moments. An especially powerful scene, without dialogue, has Anthony playing basketball by himself in an outdoor enclosure.

Woodard, nominated for Best Supporting Actress for the “Cross Creek,” should have been nominated for this role as well. Hers is a quiet powerhouse of a character, with a complex responsibility in a complicated situation. She can say more with a glance than other actors can with a page full of dialogue.

Always, I have had a special interest in criminal justice, especially prison populations.

Capital punishment continues to be controversial. I appreciate the way this film handles the topic, showing how it affects those who are part of the criminal-justice system, and even those they love, as well as the inmates themselves and those close to them.

It’s certainly not a movie for children. It’s for adults who appreciate realistic, hard-hitting dramas and superb performances.

On Fandango Now and Vudu.