This don’t-miss experience is not simply a “war movie.” It is a work of art by a distinguished group of filmmakers and performers — true literature that tells a timeless story with some of the most incredible direction, cinematography and performances you ever will see.

In 2000 Sam Mendes earned the Best Director Academy Award for “American Beauty.” On Sunday, he deservedly was recognized as Best Director at the Golden Globes for “1917.”

Roger Deakins, director of photography, earned an Oscar in 2018 for “Blade Runner 2049.”

The two have created a film that appears to be filmed in a single unbroken shot, as though Mendes set up each scene for hundreds of miles and moved through each environment without stopping.

That effect alone is jaw-dropping and demands the movie be seen on the big screen. It’s well worth the price of admission.

Then there are the superb performers.

George MacKay (“Captain Fantastic”) plays a young British soldier — a boy, really — named Schofield, who is on hand when another soldier, Blake (Dean-Charles Chapman, HBO’s “Game of Thrones”) is given an assignment.

The two lance corporals make their way along, and while they make their way we see in an ever-widening shot other soldiers resting, having conversations, doing laundry.

The assignment is a dangerous one: Cross enemy lines with a message, which could save hundreds of lives, for the British troops, including Blake’s brother.

“They have no idea what they're in for,” says  their general, who explains the battalion with Blake’s sibling is set to attack the Germans in the morning. The 1,600 men are heading toward a trap unless the two young men can deliver the message and stop the attack.

Carrying only a few supplies, the two soldiers head into enemy territory, where the ghastly landscape is littered with bodies of other soldiers and horses.

We get to know them while they walk along and chat. Blake, the younger one, is more conversational, while Schofield is more cynical and quiet during a journey told in real time. Explosions, a plane crash, a surprising discovery on a farm, eruptions of violence are part of their trek.

Adding the story are secondary and tertiary characters, some played by well-known British actors (no spoilers here.)

Mendes co-wrote the screenplay with Krysty Wilson-Cairns (staff writer for the television series “Penny Dreadful.”) It is dedicated to, and inspired by, Mendes’s grandfather, a veteran of World War I.

Composer Thomas Newman, a frequent Mendes collaborator (he scored “American Beauty,”) provides a passionate score, some of it marked by booming percussion, at other times a mournful cello, for a movie that is perfection in every way.

Will it earn Oscars? That's debatable. Does it tell a story that deserves to be seen for decades to come? That's inarguable.

Movies in a Minute: 'Hamilton'

Movies in a Minute: 'Irresistible'

Movies in a Minute: 'Irresistible' 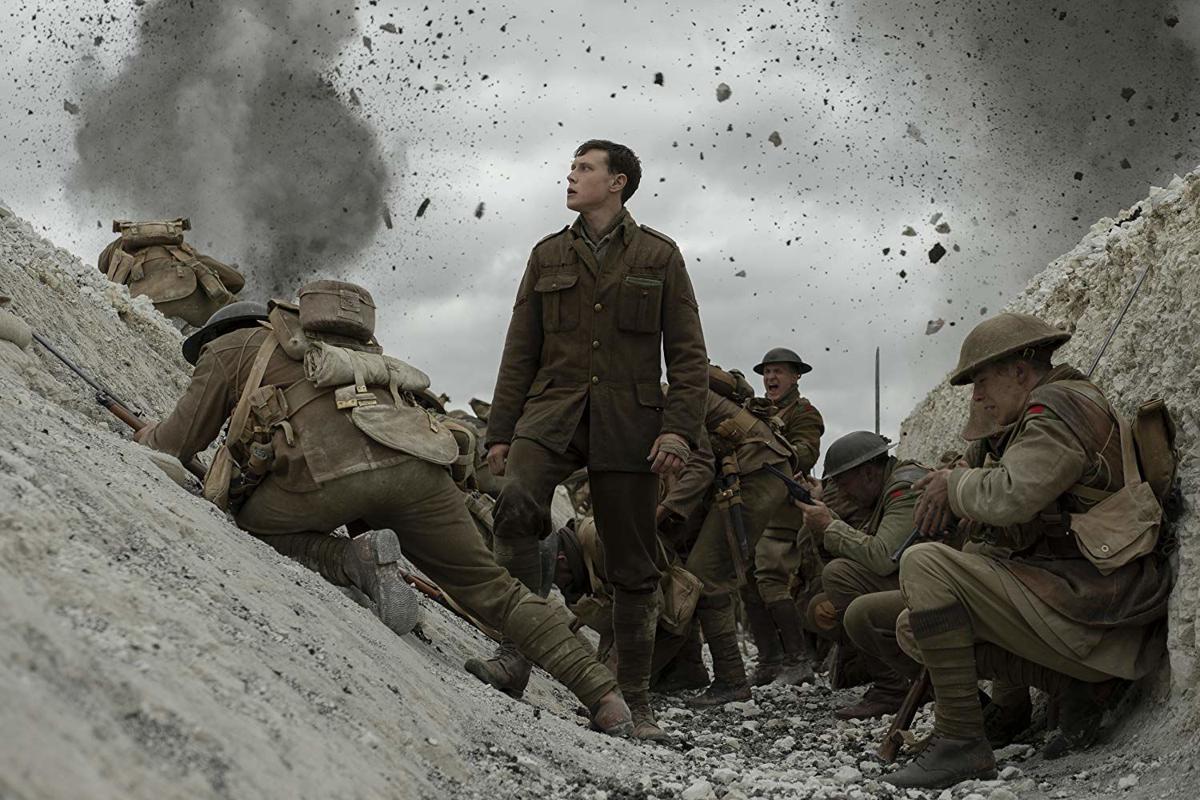