Just in time to observe the birthday of Dr. Martin Luther King Jr. comes “Just Mercy,” a true story about a man unjustly convicted and sent to death row.

Bryan Stevenson (Michael B. Jordan, “Creed”) is a young African-American attorney who has just graduated from Harvard.

He becomes an advocate for innocent men on death row. His clients include Walter McMillian (Jamie Foxx) whose incarceration and trial are so full of ridiculous “findings” it’s difficult to believe he ever could have seen the inside of a jail, let alone a courtroom.

Stevenson, in a community where prejudice and injustice abound, finds his research tough going. He isn’t even welcome to set up an office with his assistant (Brie Larson) when he first tries to find a location in the Georgia community where he begins the Equal Justice Initiative. To say he is unwelcome is an understatement.

At first he is shocked to experience the bigotry his clients have known all their lives. When he begins to come to terms with its existence, he begins to understand just how much the odds are stacked against the accused and his success to free them.

McMillian’s family and friends help Stevenson, whom we get to know little by little. In a flashback, we meet McMillian when he arrives home from work one day to have a law-enforcement official toy with him before he is arrested for a terrible crime he did not commit.

Political corruption plays a big part in McMillian’s conviction, and it’s connected to testimony from inmate Ralph Myers (Tim Blake Nelson, “The Ballad of Buster Scruggs”) who isn’t exactly cooperative when Stevenson approaches him about recanting his testimony.

It is up to Stevenson to reach Myers so he can view McMillian with sympathy.

Foxx turns in a solid performance as a man long-resigned to dying on death row. O’Shea Jackson Jr. (Ice Cube’s son) is great as another inmate who befriends an inmate headed to the electric chair. The scenes involving a prison execution wisely show mostly reaction shots instead of forcing viewers to watch gore, and the sequences are more powerful because of that.

Nelson steals every scene in which he appears. His prison swagger is impeccable, and his darting eyes indicate secrets and guilt hidden deep within a man who knows the truth but has so many reasons to hide it.

Jordan also is commendable for his performance as an attorney determined to maintain a quiet dignity. He captures the spirit of the real-life Stevenson, whose book of the same name is the basis for the film.

If you appreciate this film, I also recommend “True Justice,” the HBO documentary about the real-life Stevenson. He a real-life hero who’s worth getting to know better.

Rated: PG-13 for foul language, violence and other adult themes.

As much a story of the civil rights movement and American history as it is Theodore M. Hesburgh, “Hesburgh” will interest historians and as we…

LONDON (AP) — Academy Award-winning actress Tilda Swinton has urged art lovers to chip in and help save the home of the late British artist and filmmaker Derek Jarman for the public.

PASADENA, Calif. (AP) — Having thrown her life open for years, it's hard to believe there isn't much the public doesn't know about Paris Hilton.

'Parasite' wins at SAG Awards, so do Pitt and Aniston 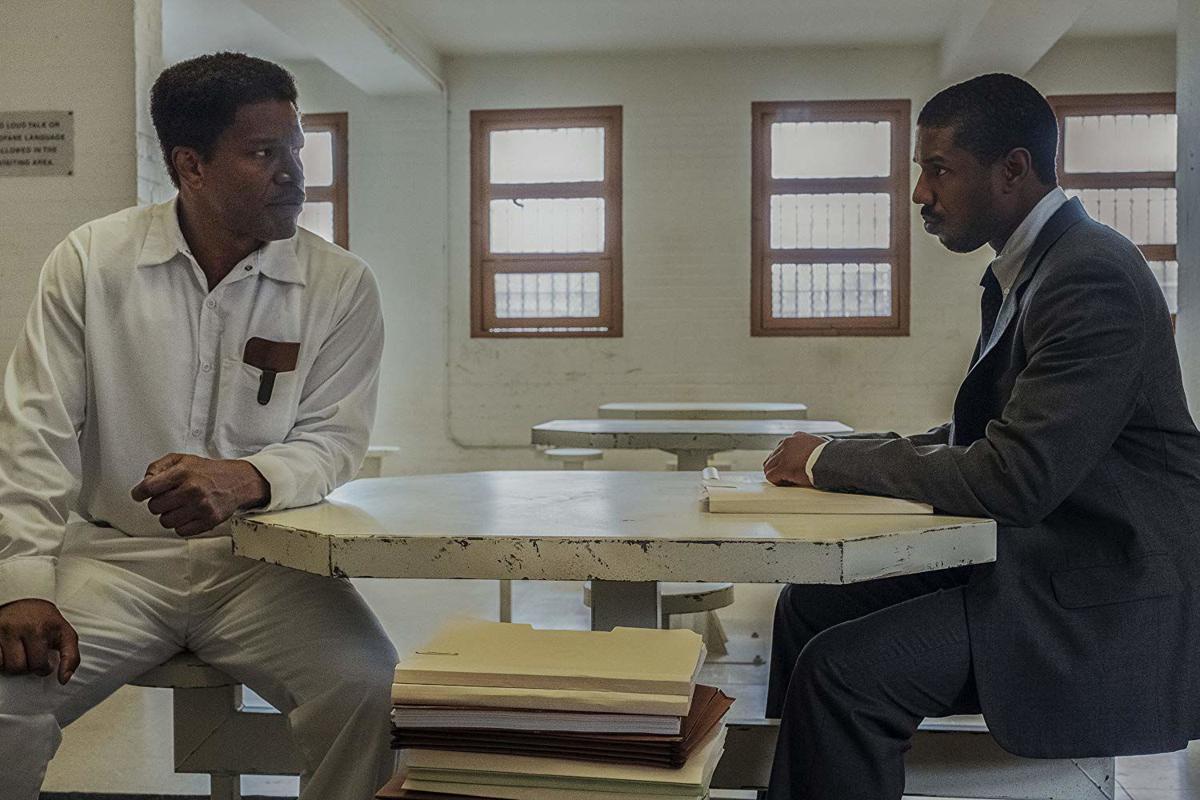