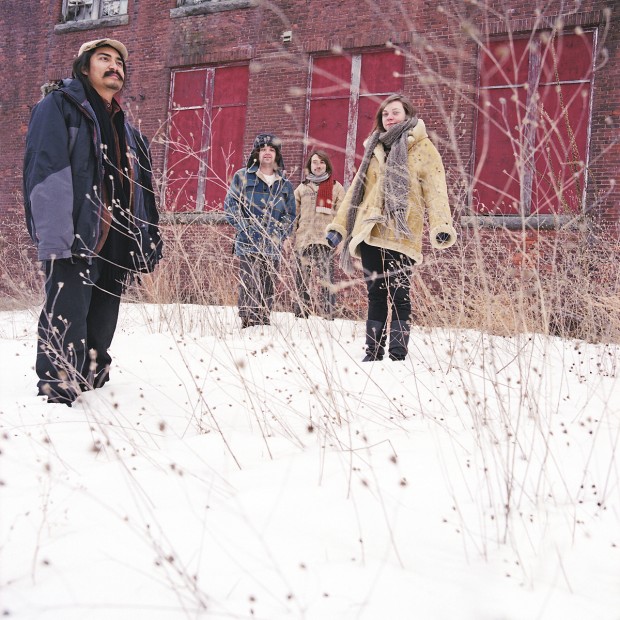 The Low Anthem will perform Monday, April 5 at an all-ages Daytrotter Presents show at RIBCO. 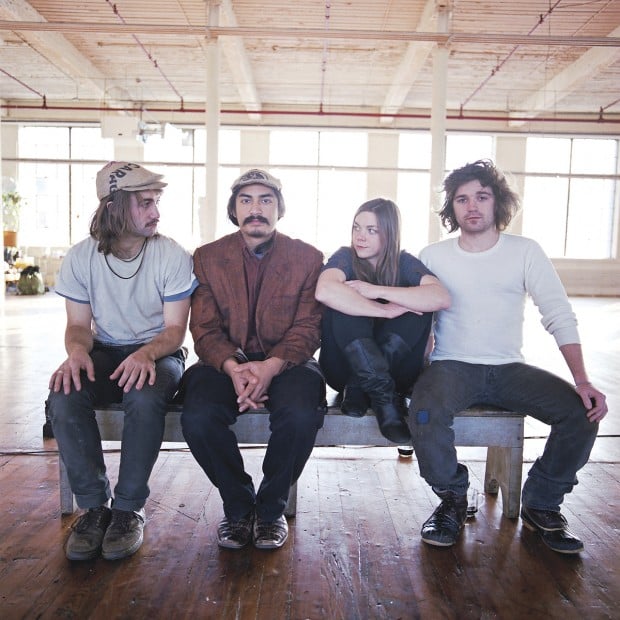 The members of The Low Anthem have an addiction. Between the four of them, they can play 34 instruments, and while they pare down the number they pack in their van and trailer for tours, they stop at music stores in every city and always come back with more instruments than they left with.

“We end up mailing instruments home or dropping stuff off in random cities with friends so that we can buy more,” Low Anthem member Jeff Prystowsky said. “On our last tour we bought like three kick drums, massive ones, too, 28-inch, old vintage drums, ones from the ‘30s and ‘40s, and we just got an autoharp two days ago. That was a nice purchase.”

On their current tour, Prystowsky and the other band members have filled the trailer to the brim with the additions of an old accordion, a new mandolin and a baritone guitar. One instrument that has been with them from the very beginning is a 1917 pump organ that supposedly was shipped to Europe during World War I so chaplains could play hymns for the dead still in the field in the midst of battle.

“It’s got quite a history,” Prystowsky said of the organ they bought from an elderly woman in Vermont. “That’s what the woman told us, but she might be lying. She said it went to France. We like to tell the story that it did because what are you going to do? She was like 80 years old and her name was Thelma, and you’ve got to believe Thelma.”

The Low Anthem used 27 instruments when recording “Oh My God, Charlie Darwin,” the band’s previous record. They’ve upped the ante on the new, yet-to-be-titled record that is due out in September because they have added Mat Davidson to band. He plays seven instruments that the original three members did not already play.

Each member switches instruments for every song when playing live, a habit that Prystowsky said helps keep them alert and to put on a better show. The Low Anthem has been performing five songs they know will end up on the next album during their current tour. One big difference with the new songs is that the gap between The Low Anthem’s rock and folk songs has narrowed, giving the record a better flow. The other difference fans will notice is the sound that was achieved by recording in an abandoned factory instead of a small basement room.

“A lot of the songs you hear were artificially reproduced in post-production,” Prystowsky said of the previous record. “But for this next record we rented a huge, empty abandoned factory building, and the sound of the factory building is the sound of the record, so on every track you’ll hear the same kinds of reverb because it sounds like that space.”

What: The Low Anthem, with Nathaniel Rateliff, Jason Collett and Mac Lethal

Online exclusive - Rapper Mac Lethal will return to the Quad-Cities for the 21-and-older after-party portion of The Low Anthem show Monday, Ap…

Mac Lethal has a lot to say. His lyrics comment on everything from religious hypocrites to arguments with his girlfriend to his mother's death.

The Low Anthem will perform Monday, April 5 at an all-ages Daytrotter Presents show at RIBCO.

The Low Anthem will perform Monday, April 5 at an all-ages Daytrotter Presents show at RIBCO.
© Copyright 2021 The Quad City Times, 500 E 3rd St. Davenport, IA | Terms of Use | Privacy Policy
Powered by BLOX Content Management System from TownNews.com.
You don't have any notifications.