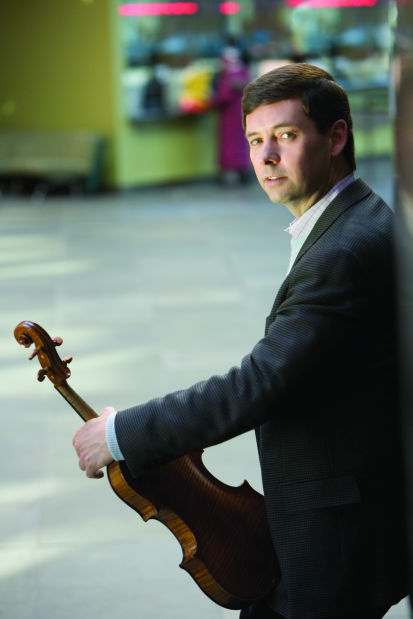 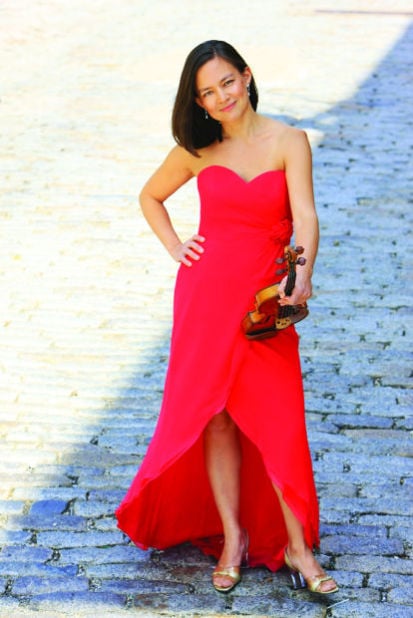 For Roberto Diaz and Elissa Lee Koljonen, it was love at first chord.

The two string players — he on viola, she on violin — were both invited to a mutual friend's music festival on Cape Cod, Mass., 18 years ago.

They performed together and felt a spark "fairly quickly," Diaz said.

"We would play together and it just kind of worked out," he said in a cellphone interview while on the way to his job as president and CEO of the Curtis Institute of Music in Philadelphia.

Diaz, who performed with the Quad-City Symphony Orchestra in December 2010, will return for next weekend's concerts along with Koljonen, his wife of 16 years.

They will be featured on Mozart's "Sinfonia Concertante for Violin and Viola," a rare duet of the two instruments, and Diaz can't contain his excitement about the piece.

"It's arguably one of the best materials ever written," he said. "It's one of the greatest pieces he (Mozart) wrote, and you can imagine how privileged we feel for our particular combination to have this piece."

Diaz said he enjoys the Mozart work as much as a listener as a performer.

"It's one of those desert island pieces you could listen to forever. When you are actually in the process of performing it or working on it, you're always discovering something new, hearing something differently," he said. "It's a piece that never gets old."

But the piece is not without its challenges.

"Playing the Mozart is very tough because it's so exposed, so clear, if you will," Diaz continued. "It's so organic and it has to sound so incredibly natural, yet it is not easy to do that and have it come off as if it's the most obvious thing."

"There's ups and downs" to having a duet partner who is also a life partner, he said.

"Knowing somebody that well and playing with them a lot gives you a certain comfort level you can't find anywhere else," he added. "That's a great thing, obviously.

Doobie Brothers to play in Quad-Cities

Four-time Grammy Award winners and Rock and Roll Hall of Fame nominees the Doobie Brothers are coming to the Moline Taxslayer Center on Aug. 28.

Lollapalooza organizers on Thursday revealed the hour-by-hour lineup for seven of its eight stages, and a festival rep said Kidzapalooza, its popular area devoted to children’s activities, will return for Chicago’s biggest summer music event.

CDC guidance saying fully vaccinated people can go maskless has spurred a desire to return to normal, and to concerts. So how risky are indoor concerts?

Live music is back in the Quad-Cities. Here are five places to hear it.

Mask mandates and social distancing requirements are loosening up, and with fewer restrictions, live music is making a very welcome comeback t…

3 Doors Down heading to The Rust Belt

The band behind the hit song “Kryptonite” is heading to The Rust Belt this fall to celebrate the 20th anniversary of their debut album.

CMT Music Awards 2021: How to watch and who's performing

The CMT Music Awards are Wednesday night. The show, which will air live from Nashville, is hosted by Kane Brown and Kelsea Ballerini and some of country's biggest names are set to take the stage.