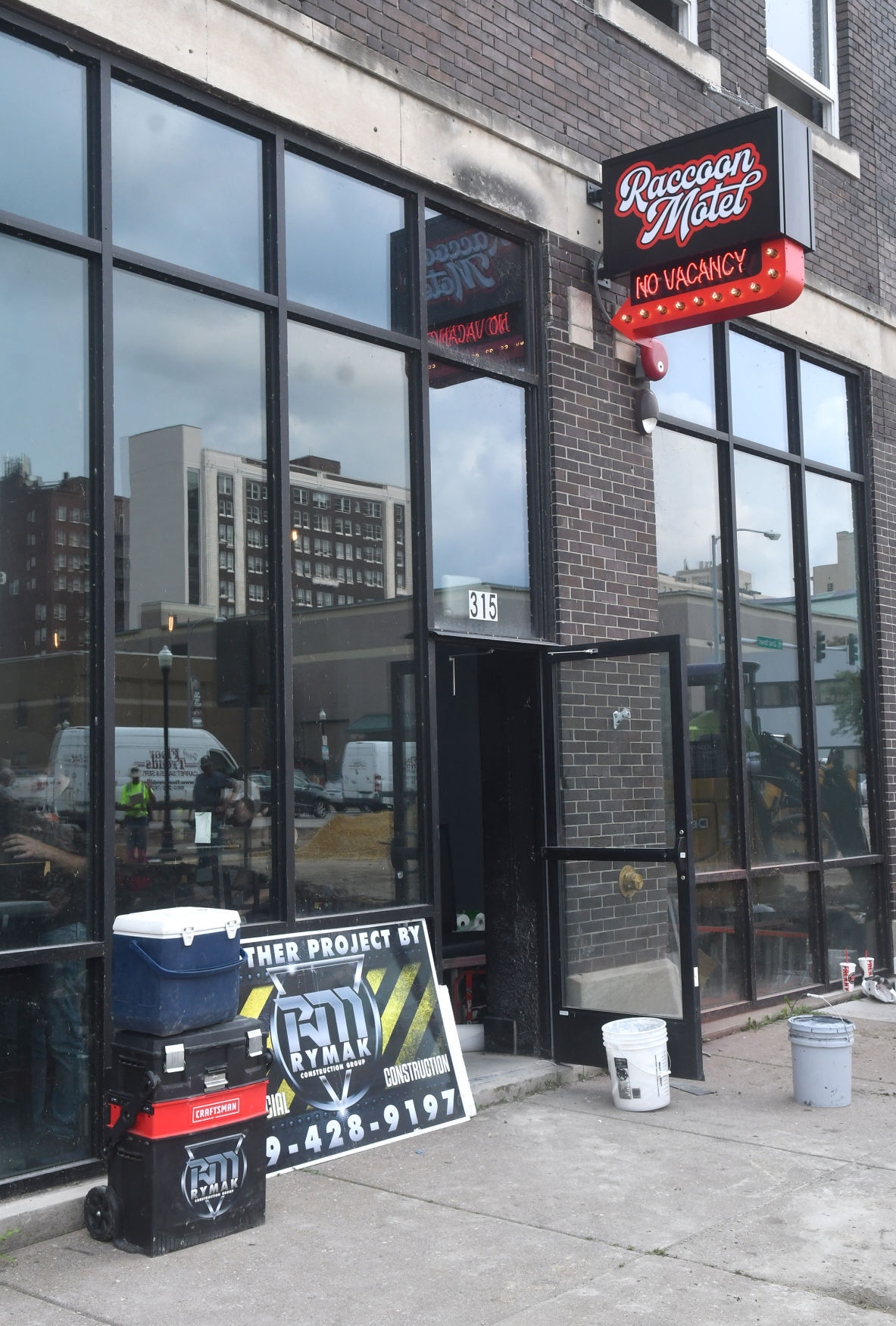 The Raccoon Motel at 315 E. 2nd St. in downtown Davenport. 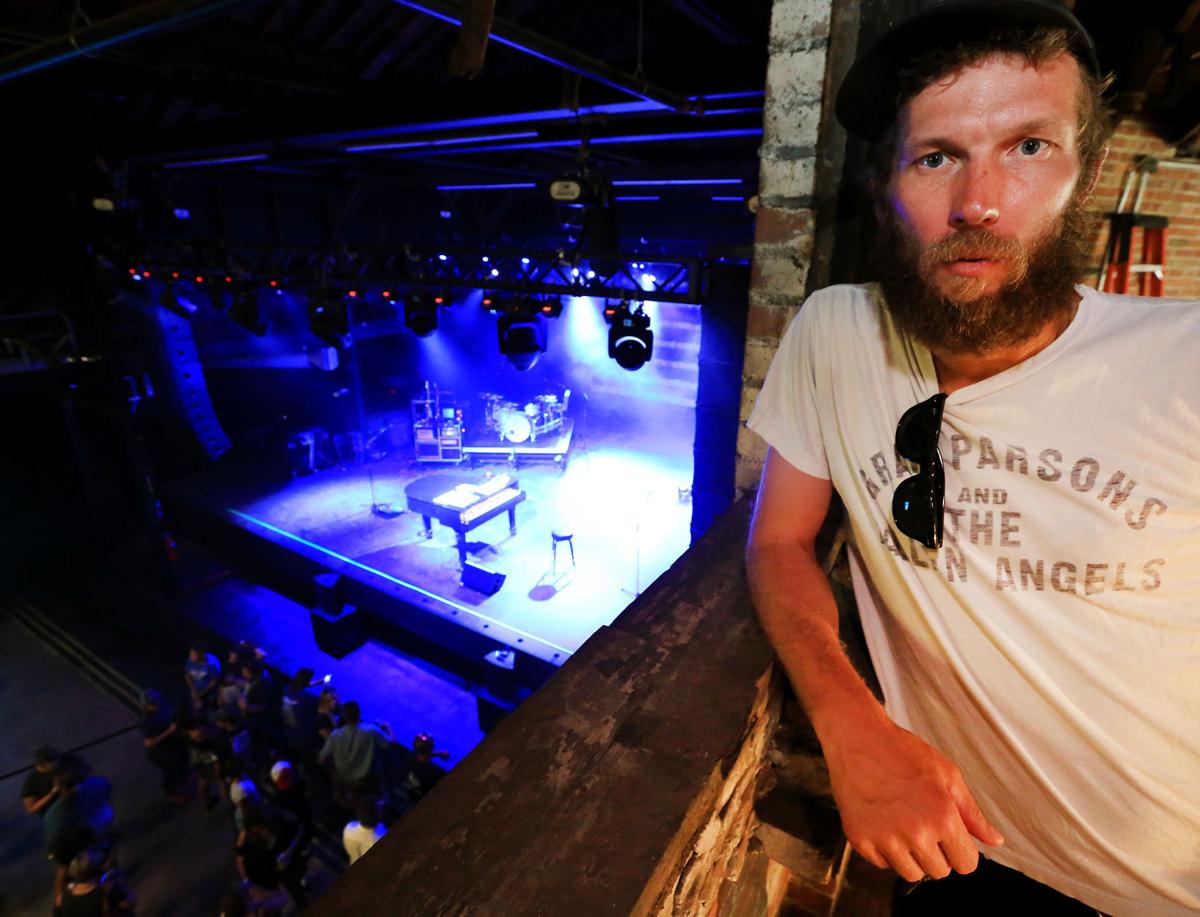 Music promoter Sean Moeller talks about the Dustin Lynch concert that will be held tonight at The Rust Belt in East Moline.

One of the criticisms Sean Moeller heard about the original Raccoon Motel was how the space felt too hipster, too cool to see shows in.

With the new Raccoon Motel, Moeller — a co-owner along with John McDermott and Eric Swanson — hopes to create a sanctuary more than just a music venue.

"I want everybody to just feel like this is an inclusive place where you can come there, it will make you feel alive, you feel like you can be yourself," Moeller said. "Maybe hopefully you're going to feel moved and you're going to actually experience something that you didn't think you were going to be able to experience in the Quad-Cities."

The Raccoon Motel will hold its first show Friday at its new location, 315 E 2nd St. Pop artist Claud will be the first to grace the new space's stage, with singer/songwriter Christian Lee Huton.

McDermott said the new Raccoon Motel's capacity was larger than the original, holding 175 people. That allows for a larger pool of artists to perform and more people to come enjoy shows. He's feeling "cautiously optimistic" about the opening as they finish working on the space.

"We're excited to be here and look forward to having everyone down," McDermott said.

The original Triple Whiskey Bar and Raccoon Motel opened in March 2017 and closed in August 2019, later rebranding as Devon's Complaint Dept. after getting rid of the stage.

Moeller, who owned the bar with three others and booked music for the venue, took time after he sold his portion of the business and during the pandemic to re-calibrate. Now he's getting back into things and is focused on making the new Raccoon Motel better than ever.

McDermott said the new Raccoon Motel would be a combination of and improvement on both the original venue and Daytrotter, the recording studio and online music catalog Moeller founded, later leaving in 2016.

One of Moeller's goals is to book a variety of artists from all backgrounds and genres, starting with Claud. Also on the roster are country artist Orville Peck, Iowa City-based artist Elizabeth Moen and Iron & Wine.

People should believe their favorite bands have a place to play in the Quad-Cities with the Raccoon Motel, Moeller said, but he also wants to give them the chance to experience something new.

"I'd like to think anything I put on that stage is an important show, that if you do come and see [it], you're going to be better for it," Moeller said.

He hopes that bringing unique acts to the area will spill to other venues, prompting them to book different sounds as well.

Having the Raccoon Motel reopen is a return to form for the music scene, especially after the COVID-19 pandemic closed concert venues, Downtown Davenport Partnership Executive Director Kyle Carter said.

The music scene in the Quad-Cities and the region has grown over the past 10 years, Carter said, and the Raccoon Motel's reopening is a sign that the scene isn't done growing.

"I think this," Carter said, "will help get our wheels spinning again."

Lee Brice with special guest Lainey Wilson will perform at the TaxSlayer Center in Moline at 7 p.m., November 4.

Sarah Dash, who sang on 'Lady Marmalade' with Labelle, dies at 76

Singer Sarah Dash, who co-founded the all-female group Labelle, best known for the raucous 1974 hit "Lady Marmalade," has died. She was 76.

Country star Reba McEntire expressed gratitude after she had to be rescued from a historic building in Oklahoma after the staircase collapsed.

For downtown Rock Island and River Music Experience, the NOLA Block Party is one of the last outdoor concerts of the season. However, it's als…

The Raccoon Motel at 315 E. 2nd St. in downtown Davenport.

Music promoter Sean Moeller talks about the Dustin Lynch concert that will be held tonight at The Rust Belt in East Moline.