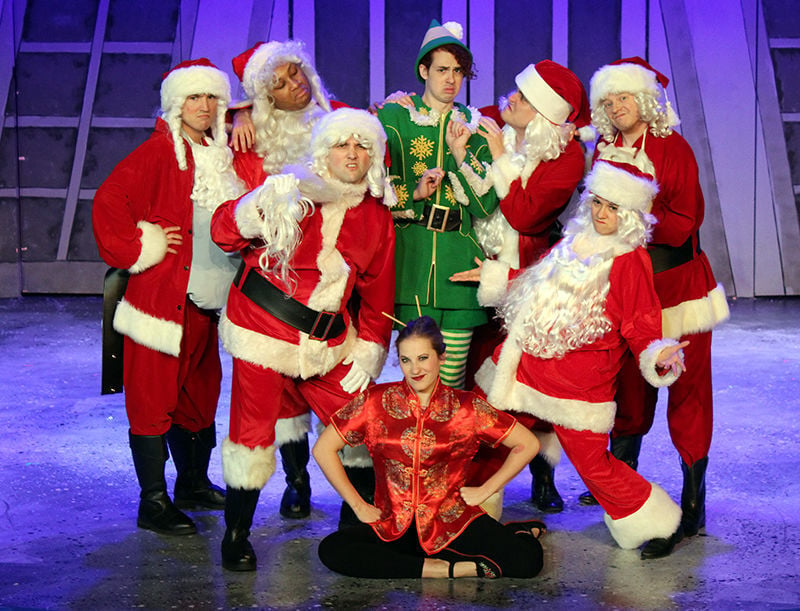 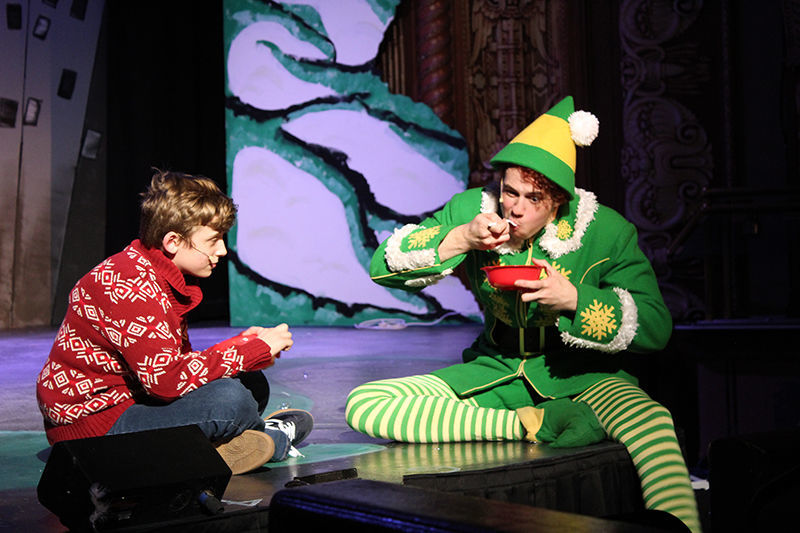 Stephen James Potter, right, and Brennan Hampton act out a scene in "Elf: The Musical" at Circa '21. 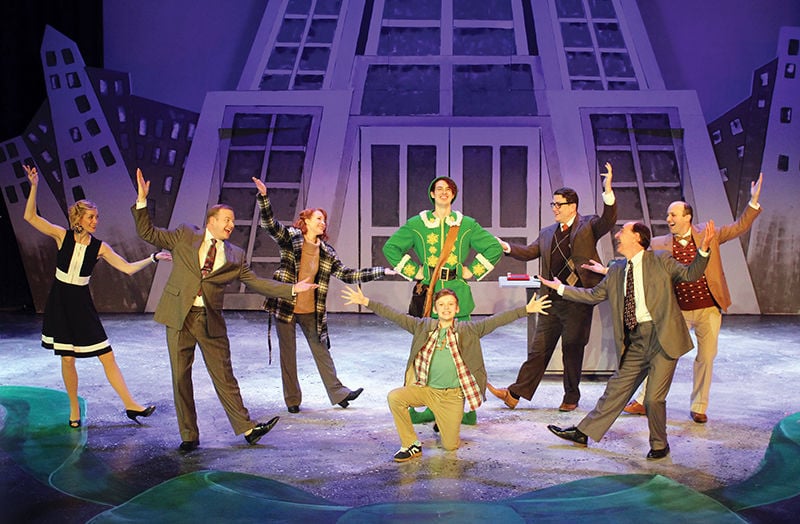 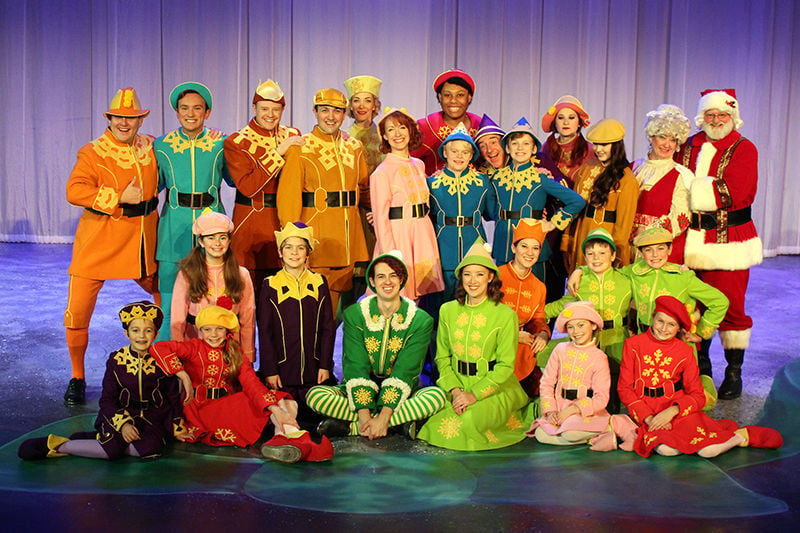 The full cast of "Elf: The Musical" at Circa '21 Dinner Playhouse, Rock Island.

ROCK ISLAND — The holiday season is bearing down on us with the speed of a Canadian Clipper, and one of the best “sparklyjollytwinkleyjingley” places to get into the spirit of things is at Circa '21's sterling silver-bell production of “Elf the Musical."

Even the “Grinch” at my house — who hates musicals — succumbed to the infectious Buddy and company. From the moment you walk in the door, you’re bedazzled with all the holly-jolly joys of the season and the magic that’s Christmas.

After a really delicious buffet, the amazingly talented Bootleggers deliver a medley of Christmas song favorites that warm up the crowd like a cup of hot cocoa. Shoutouts go to Antoinette Nebinger’s awesome rendition of “All I Want for Christmas is You” (watch out Mariah Carey), Jennifer Diab’s “The Christmas Song” ("Chestnuts roasting ...") and Micah Bernas’ “Happy Holidays.”

Even better — there was also what could be interpreted as a nod to not forget the Thanksgiving holiday with Josh Groban’s “Thankful," performed by Nick Munson. Note: Bootleggers are required to know the entire program and songs rotate from performer to performer at any given performance.

For those who, like me, have not seen the musical "Elf" before, it is not an exact rendition of the now-classic 2003 holiday movie. It’s better. Buddy’s “coming-of-age” tale is told as a retrospective by Santa (Janos Horvath) using the book that saved Buddy’s publisher dad from financial ruin but still weaves in some of the well-known dialogue we’ve come to love.

This 24-carat cast, led by Stephen James Potter — whose endearing Buddy exudes exuberant innocence, is nothing short of perfection. From the children’s ensemble — which contains jaw-dropping talented local kids — to the adult ensemble, to the named main characters, each and every one “makes you glad from head to mistletoe.”

Also outstanding is Brooke Myers' portrayal of Buddy’s love interest, Jovie. Myers expertly treads a delicate tightrope of genuine romance without descending into a sappy pool of syrupy sentiment and totally nails her solo “Never Fall in Love with an Elf.”

The role of Michael is double cast. At the performance I attended, Julian Anderson was on stage; his astounding vocal talent melded beautifully with Erin Churchill’s Emily in their “I’ll Believe in You” scene and was a delight.

Last, I can’t end this review without a tip of the hat to the exemplary production crew that crafted and executed a jingle-bell worthy set of skyscrapers, multiple fly-ins, video projections, and snowflake and starry sky lighting.

This show “spreads Christmas cheer by singing songs loud and clear for all to hear” and proclaims to every Scrooge out there that “everything that you know too, is absolutely now untrue because, without a doubt, there IS a Santa Claus.”

"Parasite" took Hollywood’s top prize at the Oscars on Sunday night, along with awards for best director, best international film and best screenplay. Here's the full list of winners.

Best of the week: 9 things to do in the Quad-Cities

Looking for something to do this week? Here are 9 things to do in the Quad-Cities.

Comedy, rap, burlesque among the Valentine's Day entertainment options in the Quad-Cities

Don’t have any Valentine’s Day plans yet? You can choose from a variety of fun options in the Quad-Cities, including:

Bottled Up: Don't miss Wine at the Warehouse March 7 in Davenport

Amid all of the excitement surrounding Valentine’s Day, it’s hard to believe that we are already fast approaching springtime in the Quad-Citie…

'It's musical candy': Sweet, fun 'Wedding Singer' to rock out Spotlight in Moline

The Spotlight Theatre’s next production — “The Wedding Singer” — seems a perfect marriage of show, director and cast.

Stephen James Potter, right, and Brennan Hampton act out a scene in "Elf: The Musical" at Circa '21.

The full cast of "Elf: The Musical" at Circa '21 Dinner Playhouse, Rock Island.