It’s about a witch and an android living in sitcom suburbia. It’s also about the extremes to which the mind can go to cope with devastating grief. And it’s a testament to the strength of “WandaVision’s” themes and storytelling that the series earned 23 Emmy nominations, including three for writing — more than any other series received this season.

"WandaVision" painstakingly recreates the worlds of classic sitcoms in which Wanda (Elizabeth Olsen) and Vision (Paul Bettany), two superheroes from the Marvel Cinematic Universe, find themselves — a conceit that could have come off as gimmicky. Director Matt Shakman and showrunner Jac Schaeffer, both Emmy nominees, however, rooted it all in the series' focus on emotional trauma.

"Jac and I talked about how long could we sustain [the sitcom gag]," Shakman says. "These moments of unease and tension where you could see there was more beneath the surface took more importance as the episodes progressed, leading to the end of the third episode, when it broke open and you saw the world outside.

"There was this emotional through line pulling it all together. So I felt like the wonderful experimentation would always have a really good, solid structure underneath. It was really just, how long would people have patience for sitcoms?"

"I was nervous," admits Schaeffer, "but the thing that gave me peace was Wanda and Vision. If they're truly the heart of the show, and if we love them the way they love each other, then this whole thing will work and it won't feel like a gimmick."

The sitcom framing is eventually revealed to be a creation of Wanda's disoriented mind and her growing powers. It's a regression to her happy childhood memories, built to deny the reality of Vision's death, which occurred in the movie "Avengers: Infinity War." Schaeffer and Shakman used the tropes of classic television to convey the ghosts haunting her machine.

"When Matt joined, the intrigue of the show really got pulled out and enhanced; the way he staged and shot, in the pilot, when [Vision's boss] chokes and we go in for all of that gorgeous 'Twilight Zone' stuff," Schaeffer says of the chilling moment in the first episode in which the cinematic language abruptly shifts from the live-before-a-studio-audience, no-fourth-wall '60s sitcom to the eerie, enclosed universe of the iconic Rod Serling anthology series.

"That was the second big, foundational column to the show: It's the love story and loving these characters, and then it's this really weirdo 'Twilight Zone,' mystery, puzzle box you're going to want to hang out for," Schaeffer adds.

Underneath all those bells and whistles, "WandaVision" is an exploration of grief — through superpowered protagonists. Wanda has fashioned this entire television-inspired reality in the town of Westview as a response to trauma, and isn't even fully aware she has done so. Schaeffer structured the series to conform to the Elisabeth Kubler-Ross model of stages of grief: Denial, Anger, Bargaining, Depression and Acceptance.

Everything you need to know about the 2021 Emmy nominations

"The writers in my room brought an enormous amount of integrity to the story," Schaeffer says. "They were able to be hilarious and live in the sitcom space and never lose sight of that grief journey. Everybody was very vulnerable in the room and very willing to share their own experiences. We all collectively treated Wanda with such tenderness and such empathy every day in the room.

"We consulted a grief counselor. There is suppressed trauma [Wanda] doesn't fully recall. Making the spell that creates her insular sitcom world and all that has to be shown to her, so that that's the Denial piece, those first three episodes," Schaeffer adds.

"When she kicks out Monica [a government agent who has infiltrated Westview], that is her first large expression of Anger. She's got a little one against [Vision's boss], making him choke, and one against [a neighbor], making her break a glass. But the one that sort of knocks her out of Denial is that one with Monica because she ... is confronted with the truth of the scenario" she has created.

Shakman says Wanda's fluctuating awareness of creation of that world offered "not only acting opportunities, but design opportunities as well — the way we shot things. Our fifth episode, the 'Family Ties' one, is absolutely a Bargaining episode. She goes out and confronts [the agents] for the first time, but also confronts Vision for the first time; it leads to this domestic struggle.

"It looks like 'Family Ties' and 'Full House,' it's shot like them, but the lighting starts to change. We change our framing. Visual effects have a different language; no longer are they wires and jump cuts and the 'Bewitched'-style stuff. That transition from pure sitcom world to Marvel was something we carefully planned out."

Schaeffer said, "The 'Modern Family' episode was always meant to be the Depression episode. We thought that that would play well into the tone of the 2000s, 2010s shows — her falling apart and eating, those tropey lady-who-can't-handle-a-breakup kinds of things, but that's legitimately what's going on: standard symptoms of clinical depression.

"Then, of course, everything is ramping toward Acceptance at the end, which is the whole point of the show: Her acceptance of the truth of of her life."

The biggest snubs and surprises of the 2021 Emmy nominations

Most of the best television these days comes via the limited series, a stone-cold fact that you know and I know, but somehow has eluded the television academy, which still hasn’t adjusted its Emmy nomination numbers to keep up with the times.

And that failure can only lead to one outcome on this Emmy nomination morning: “snubs.”

Not true snubs, mind you. Voters aren’t actively shunning anyone. (Though this is Hollywood, so maybe I shouldn’t underestimate the potential for pettiness.) It’s just that there are too few slots for the amount of excellent work being done in the limited series format.

So what shows and actors were “snubbed”? And, on a happier note, who’s feeling glad all over now that the nominations have arrived? Let’s take a look.

Steve McQueen’s anthology series of five movies — an epic, intimate look at London’s West Indian community from the mid-1960s through the 1980s — were always intended to be shown on television because McQueen wanted them to be accessible to a wide audience. But that didn’t stop the Los Angeles Film Critics Association from giving its best picture prize to “Small Axe” last year.

Perhaps Emmy voters were confused. Were they movies? Television? And if the latter, what kind of television? Were they too British? Too smart? Yes, I’m grasping at the reason for the most lamentable omission in the crowded limited series category.

Mbedu is a star in her native South Africa, but Barry Jenkins’ adaptation of Colson Whitehead’s novel was her introduction to most voters. She brought a fiery intensity to Cora, the enslaved young woman journeying to freedom, transfixing viewers with every gesture. Apparently there weren’t enough viewers, though, as the weighty series didn’t benefit from being dropped all at once on Amazon.

Well ... as much of a surprise as it can be for a two-time Oscar nominee and Grammy winner to earn a nomination for playing the Queen of Soul in a highly promoted limited series. Still, Erivo won a place in the Emmys’ most competitive category — lead actress, limited series/TV movie — perhaps blazing a trail for Jennifer Hudson, who will star in another Aretha Franklin biopic, “Respect,” arriving in theaters in September.

“Halston” sits at a 49 score on review aggregator Metacritic, but voters didn’t blame McGregor for this unusually restrained and lazily plotted Ryan Murphy limited series. I will say that nobody has looked better smoking a cigarette since Rita Hayworth in “Gilda.” Apparently, that’s worth something.

Look, I cried when Philip died. And I still get a little verklempt hearing “Who Lives, Who Dies, Who Tells Your Story.” But “Hamilton” isn’t a TV movie. It’s a filmed performance of a play. You’d think that television academy voters would understand the difference.

Talking gills, exploding whales, enormous ... um ... appendages, exploding heads ... “The Boys” isn’t “The Crown.” And its vigilantes aren’t Marvel superheroes either. But the Amazon series’ subversive storytelling appealed to enough voters in a year when more traditional drama series were on a pandemic-mandated break.

Hey, that mustache was on point. Why no love for our soft space dad?

SNUB: “Master of None” (comedy series)

Is a series a comedy if it barely delivers a smile, much less a genuine laugh? Emmy voters didn’t think so, failing to nominate the third season of Aziz Ansari’s Netflix show (It’s first two seasons, which were in fact funny, earned nods.) The latest installment of “Master of None” was not without merit. But it was without humor. It should have been shuttled to drama where maybe voters would have rewarded its Bergman-soaked detachment.

'Tiger King 2' is coming to Netflix

Get ready all you cool cats and kittens, Netflix has announced "Tiger King 2" is coming coming to the streaming service.

Worth Watching: ‘Ordinary Joe’ Kicks Off Premiere Week, ‘NCIS’ on the Move with ‘Hawai’i’, Fox’s ‘Big Leap,’ ‘Jeopardy!’ Moves On

Mayim Bialik and Ken Jennings will host "Jeopardy!" the rest of 2021. The news comes as episodes filmed by ousted host Mike Richards are now airing. 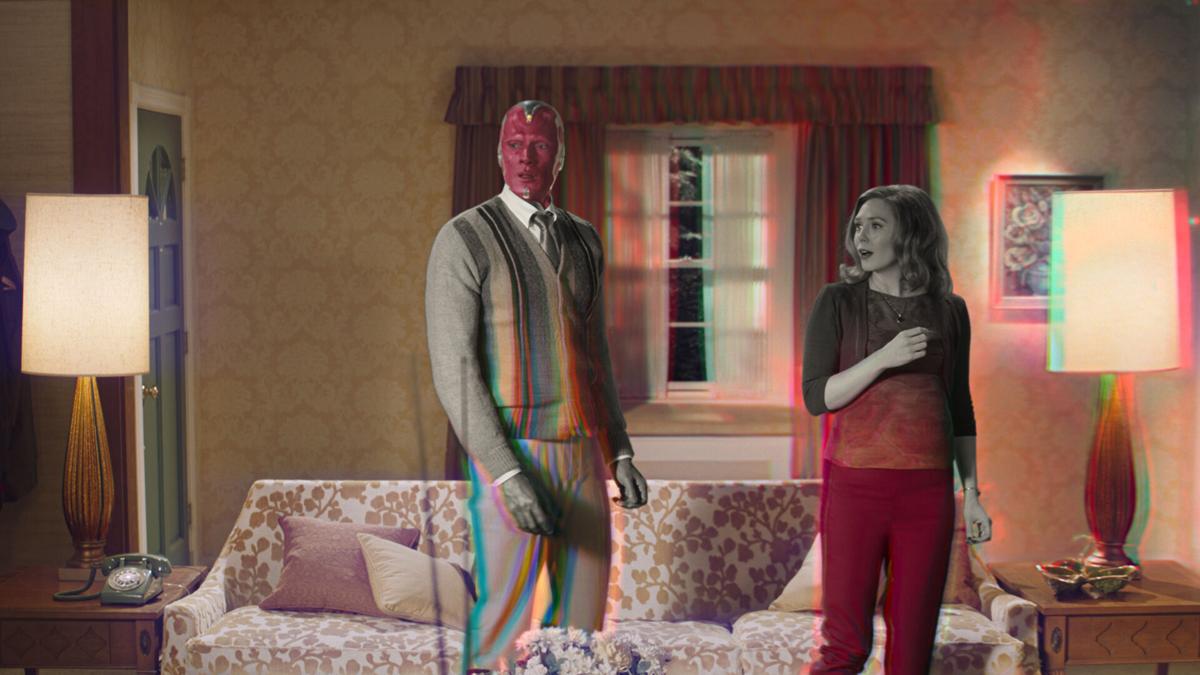 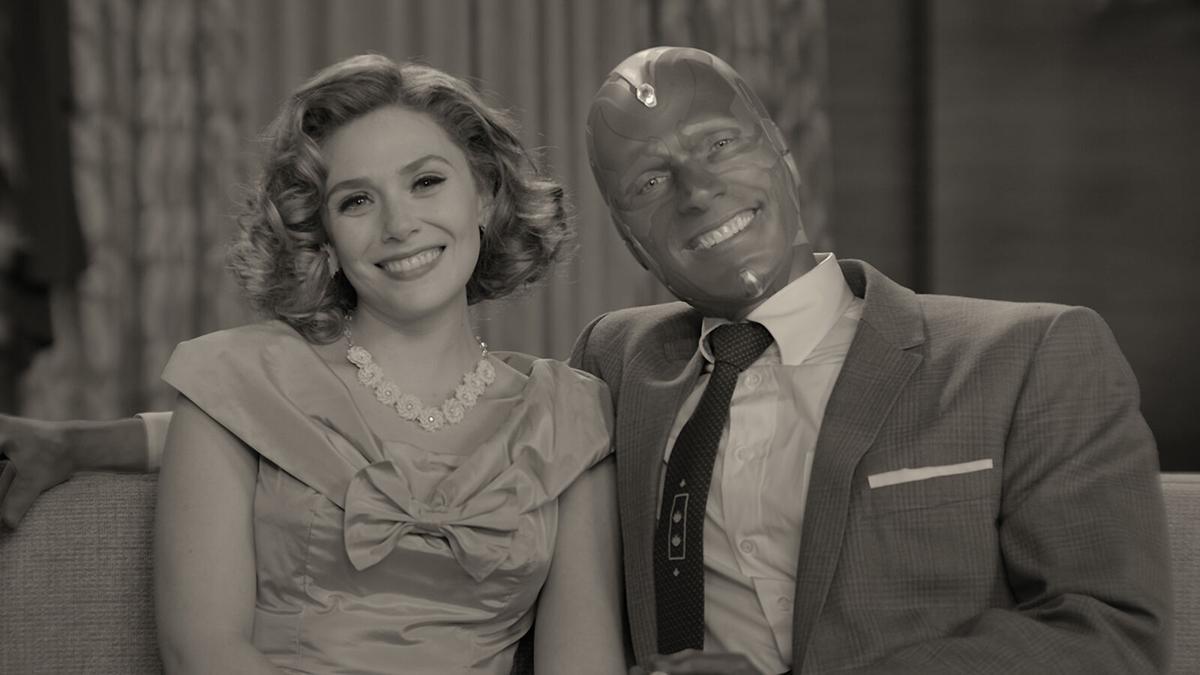