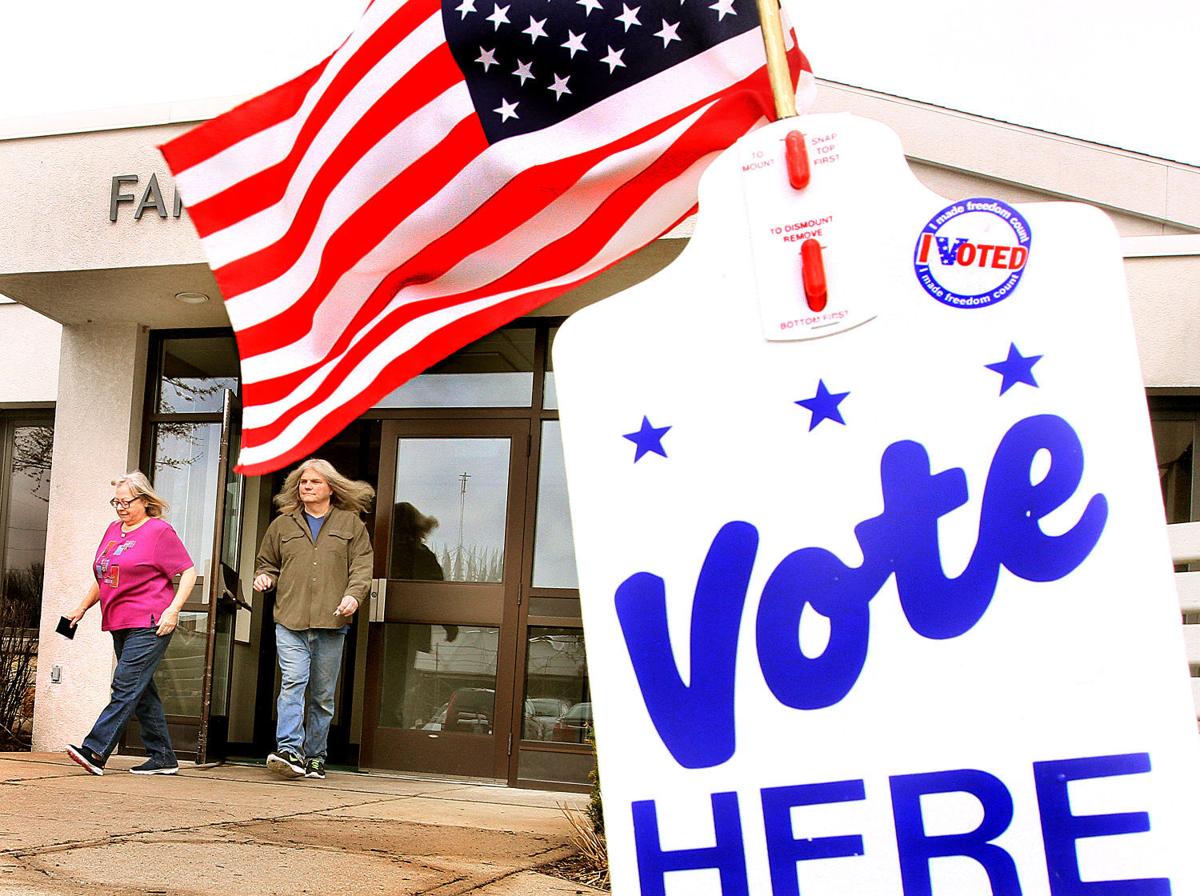 Voters leave the St. Pius X Parish Hall in Rock Island after voting a few years ago. The Illinois House Ethics and Elections Committee advanced a bill Monday that would expand ballot drop boxes and curbside voting throughout the state.

Voters cast their ballots early at the Moline Public Library a few years ago.

SPRINGFIELD – The Illinois House Ethics and Elections Committee advanced a bill Monday that would expand ballot drop boxes and curbside voting throughout the state.

House Bill 1871 would make changes similar to those passed ahead of the 2020 presidential election during the COVID-19 pandemic. The bill was introduced last month by Democratic Rep. Katie Stuart of Edwardsville.

Under HB 1871, Illinois may use federal funds distributed to states for election administration through the 2002 Help America Vote Act to create and maintain secure collection sites for mail ballots.

Curb-side voting, which allows for an individual to fill out a ballot from their vehicle in a designated zone outside the polling place, would be allowed in all elections for certain persons. The practice was prevalent during the COVID crisis due to the elevated dangers for seniors and immuno-compromised individuals to vote in person.

The bill would also expand mail voting by mandating that all election authorities accept any mail ballot, even if it is returned with no postage or not enough postage. Election officials would also have the option to legally maintain postage-free collection sites where voters can return their mail ballots.

This is in line with how election law treats mail ballots actually returned through the mail: If they are postmarked for a date no later than election day, but arrive after polls are closed, they will still be counted if received by election officials before the end-date of provisional ballot counting.

Republicans on the committee opposed the legislation on the grounds that expanding voting methods should also mean expanding safeguards to prevent potential fraud.

Rep. Ryan Spain, R-Peoria, noted HB 1871 is the third time drop box legislation has come before the General Assembly in the past year, yet changes requested by Republicans have still not been added or considered.

“I think the drop boxes can be a useful tool in communities, but I think if we're going to continue to allow drop boxes to be utilized in elections in the future there are many more rules that we need to put in place,” he said. “We have had an opportunity to really tighten up and provide details beyond what the state board of elections is doing about these drop boxes, and again we're not doing so. I think that's a major oversight.”

The committee advanced HB 1871 to the House Floor along partisan lines in a 10 to 7 vote.

No other legislation was considered for debate, but four other bills received brief subject matter hearings.

One of them was House Bill 57 from Democratic Rep. Daniel Didech of Buffalo Grove. Under current law, individuals who changed their name within 3 years of running for office must have their former name listed on the ballot alongside their current one.

Exceptions to this include those who have taken an adoptive surname, their spouse’s surname through marriage, or dropped their spouse’s name due to divorce or annulment.

Didech’s bill would expand the list of exceptions to include those who have gained or lost a surname through the formation or dissolution of civil union. It would also grant an exception to individuals who have legally changed their name to conform to a new gender identity.

For transgender people or those who identify as non-binary, the use of their “dead name” – the name they were assigned at birth that doesn’t conform with their current gender identity – is considered a harmful practice, Didech said.

“The gender identity exception will reduce the stigma and make it easier for LGBTQ candidates to run for office and serve in our government,” Didech said. “Forcing a candidate to print their dead name on the ballot serves no legitimate public policy rationale, is unfair and damaging to the candidates and we believe it is something that our state should stop doing.”

Police: Man arrested after chasing ex-girlfriend through cornfield in car, with gun

A Cedar Rapids man was arrested in Long Grove for driving through a cornfield with a gun, chasing his ex-girlfriend, who was also in a car.

A seven-year effort to grow and maintain an edible food forest in Davenport has met an unexpected and abrupt end.

Voters leave the St. Pius X Parish Hall in Rock Island after voting a few years ago. The Illinois House Ethics and Elections Committee advanced a bill Monday that would expand ballot drop boxes and curbside voting throughout the state.

Voters cast their ballots early at the Moline Public Library a few years ago.