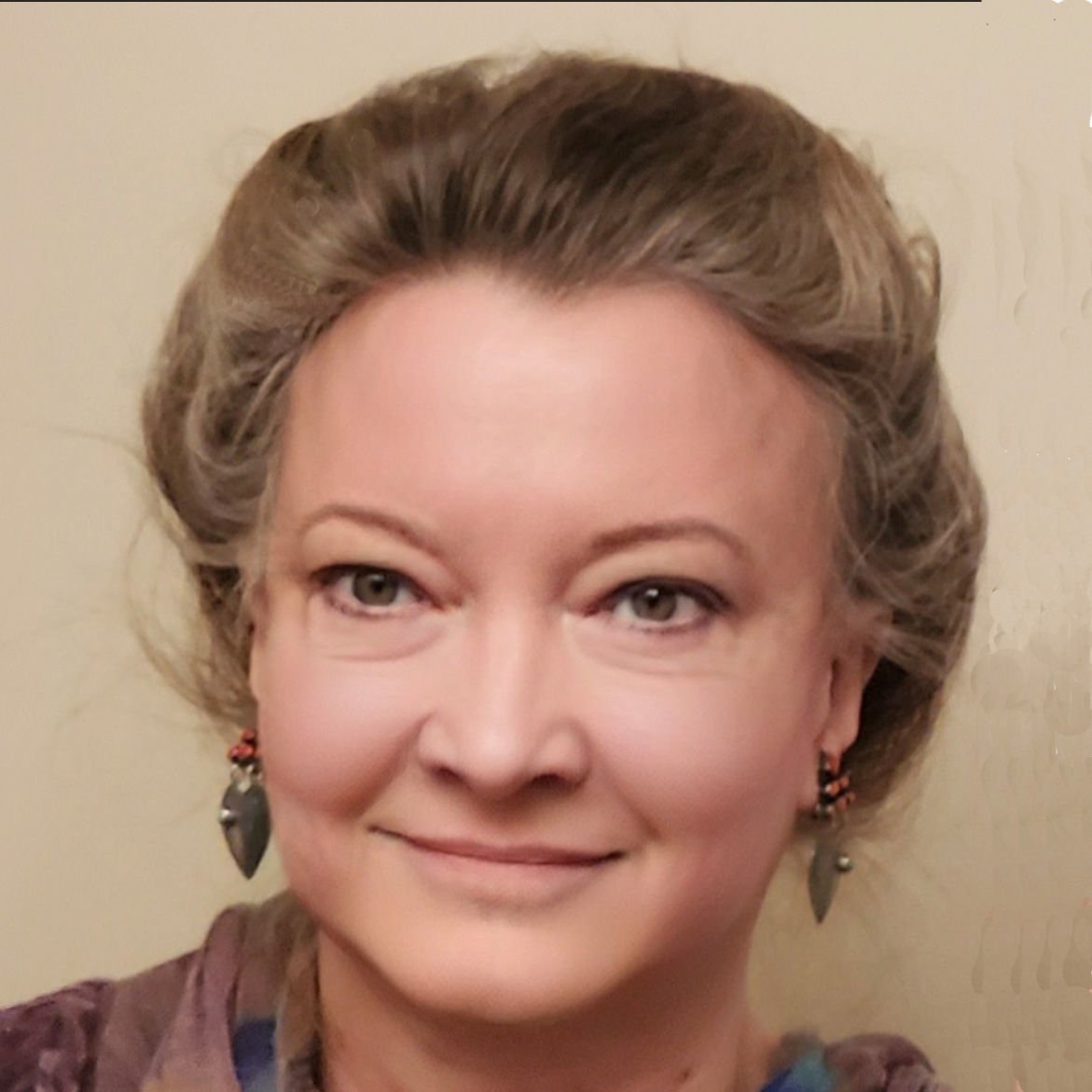 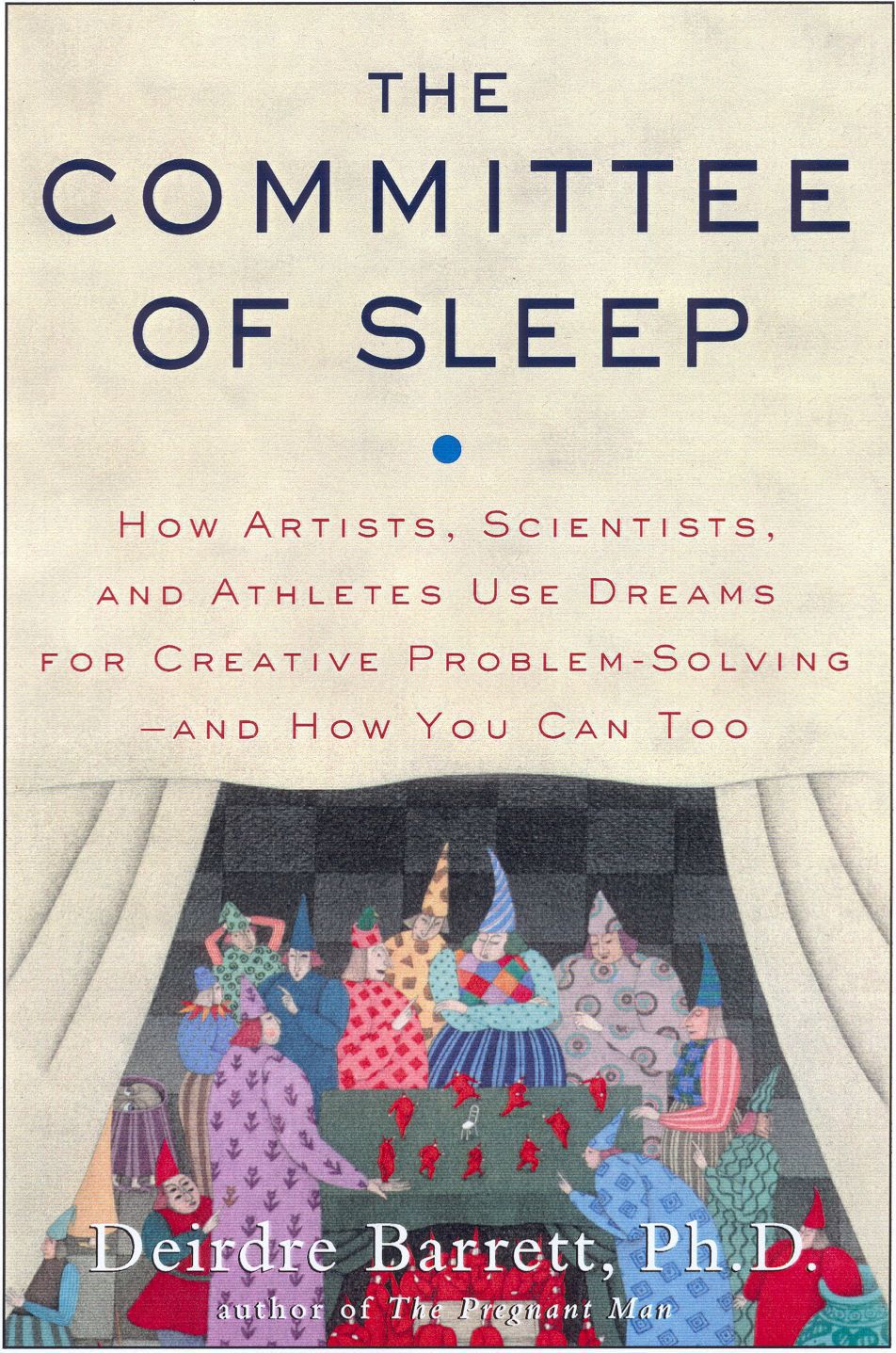 "The Committee of Sleep" book

At least that's the way Emily Jackson, 42, of Rock Island, dreamed it. She is among Quad-Citians — among people worldwide — having dreams influenced by the pandemic. I recently had a dream that Sanders was president because Trump and Biden died from COVID-19," she said. "He came on TV and was asking all of us to become drug dealers and told us to start growing pot plants in our back yards — but no more than five."

"He was teaching us how to germinate the seeds. He said this would boost the economy."

Jackson figures her new sleeping medication also might have had something to do with her weird dream.

Deirdre Barrett, a professor of psychology at Harvard University who studies dreams, said people are experiencing a variety of dreams in response to COVID-19.

Barrett, the author of “The Committee of Sleep: How Artists, Scientists, and Athletes Use Dreams for Creative Problem-Solving," has been a popular speaker on national TV and radio because of her expertise in dreams and the phenomenon of COVID-19-inspired dreams.

“There are two things going on,” she said from Cambridge, Mass. “One is people are recalling a lot more dreams, and they are having a lot more vivid dreams and a lot more weird dreams.”

Any sort of big life change, including disasters such as the Sept. 11, 2001, attacks, stirs up dream life, she said.

“The pandemic is more unique, with the shelter-at-home thing, than any other disaster,” she said. “The average person is a little sleep-deprived most of the time and they’re probably catching up once they don’t have to run off to work or to school.”

Many people wake themselves up with an alarm.

“Our last dream period of the night is our longest and most vivid,” Barrett said. “People who are a little sleep deprived are a lot dream-deprived. I think that’s really unique to this: There are so many dreams, and they are so vivid.”

A lot of people are dreaming directly about getting the virus — spiking a fever and having trouble breathing.

Then there are the metaphoric dreams. “Most typically, bugs are attacking the dreamer. We use ‘bug’ as a slang term for a virus: I’m coming down with a bug.”

People are dreaming about huge numbers of something tiny that can kill them, which is a pretty good metaphor, she said.

Tidal waves, hurricanes, tsunamis, fires breaking out, “bands of bad people in the streets shooting randomly … just about any horrible event can plug in for the fear the person’s feeling about the coronavirus,” Barrett said. “Our dreaming mind is so visual it’s looking for imagery to attach the fear to.”

Even in metaphoric dreams have a reference to the pandemic, she said. For example, “(New York Gov. Andrew) Cuomo will be telling people they have to shelter in place because of the shooters in the streets.”

“You’ll see these things out of the current news that are interspersed with some other kind of more visually scary threat,” Barret said.

Other people are having anxiety dreams about following safety precautions. Dreamers might realize they aren’t wearing masks, and have become too close to someone. In other dreams, the dreamers are doing everything perfectly but other people are coughing on them or standing too close. “Sometimes they’re yelling at people about the rules,” Barrett said.

Other fanciful dreams generated by the lockdown might involve a party with friends, set back in time or phrased as being after the virus is over.

Then there are mastery dreams. “(Dreamers) know they’re strong enough to recover in the course of the dream. Or other people don’t have the virus, or they discover a cure that’s going to help everybody.” One woman, she said, dreamed she was a giant antibody and was killing all the virus she could find. “She woke up very satisfied after that,” Barrett said.

“I really encourage people to keep a dream journal. Now’s the time so many people are noticing their dreams and have a little more time,” she said. “Write them down or dictate to your phone. It’s an interesting exercise in seeing patterns in your dreams.”

People can interpret their dreams, she said. “Pick out each key element in your dream. What does this mean to me? What could this be representing? Obviously they are to some extent about our fear of the virus. They usually have multiple meanings.”

Dreams can contain some fairly personal metaphors, she said.

People who want to eliminate their anxiety dreams might try “dream incubation,” she said.

“You pick out something you would like to dream about – a favorite loved one, a beautiful place. Lots of people like flying dreams. As you’re falling asleep you tell yourself you want to dream about this topic you’ve picked out.”

“Pick out a visual,” Barrett suggests. If you can’t picture something in your mind’s eye, “Take a photo out of the person or place or image of a person flying through the air, put that on your night table or your computer screen to let that be the last thing you look at before you fall asleep.”

Joe Kelley, 65, of Davenport, had a different kind of politician "star" in his dream.

In one dream, he urgently needed to wash his hands. In another, the Starship Enterprise was circling the skies over the Quad-Cities.

"The craziest one was where I was attending a banquet at the Rogalski Center (at St. Ambrose University,)" he said. "Prior to entering the dining hall I was seated in a large leather chair at the side of the foyer.

"Across from me was Winston Churchill. We were sipping brandy and smoking cigars. He asked me when dinner would be served and I said I would check the kitchen."

In the kitchen, Kelley's wife was directing the chefs.

"She told me she couldn't do all of this without help and asked that I get Churchill. I asked him if he could help and he promptly volunteered.

Other Quad-Citians are having nightmares.

"My dreams are mostly about nuclear bombs dropping out of the sky," said Teri Fritz-Reed, 67, of Davenport. "I feel my skin melting off my bones and then I usually wake up. This pandemic has brought back those dreams a lot."

Graham Ambrose, 23, of Bettendorf, compared to other dreamers, has experienced an inverse reaction to the pandemic.

"I found that I have not been dreaming at all," he said. "This is such a profound moment of anxiety. It's like the fear, the anxiety, is a bath for your brain. It’s all-encompassing. "

And even when your brain is resting, he said, "You're still surrounded by this fear, this intense feeling of profound sadness about the state of the world."

Dreams of warning: Moline woman's late grandmother told her to be prepared

Jody Huston, 65, of Moline, says her late grandmother sends her advice and comfort - just recently, about COVID-19 - in dreams.

“When I was 6 years old, I was with my grandmother when she had her stroke,” Huston said. “It was severe. She never walked again, never talked again. I still went to her house every weekend. She would talk to me, but I couldn’t understand what she was saying.”

Huston’s grandmother died when she was in fifth grade. “When I was probably about 13 or 14 years old, I started having these dreams. They were recurring.”

Always, she saw her grandmother lying in a casket in the dreams.

“When I was 16, I had the dream and she sat up and looked at me, and said, ‘Everything’s going to be OK.’ That was the year my parents got a divorce.”

Huston didn’t have any more such dreams until 2008, when her grandmother came to her in a dream. “She was telling me to conserve food, everything. She told me to conserve, don’t be wasteful. And 2008 is when the market crashed.”

In 2012, she had a dream involving her grandmother, who was clapping and extremely happy.

“My mom died unexpectedly three weeks later," who says her grandmother was happy about being reunited.

That was it until February 2020. In the dream, “Here I am, at my grandma’s house. Everybody was there – even family members deceased and alive. There was food everywhere. I mean it was like on the counters, on the furniture, and in a big freezer. I opened up the freezer door, and there was so much pasta I couldn’t get the door closed.”

Right when the lockdown was announced, Huston was at Jewel-Osco. “I looked at this pasta and I thought, ‘I should pick up some spaghetti and macaroni.’ When she got to her car, the meaning of the dream struck her. “She was telling me to stock up on food.”

To participate, go to https://www.surveymonkey.com/r/B8S75CN.

Thursday: The latest on the coronavirus in the Quad-Cities

COVID-19 gives people "will" to make legal provisions for future

COVID-19 gives people "will" to make legal provisions for future

One more person has died from COVID-19 in Scott County, bringing the total deaths to five.

COVID-19: Another death in Muscatine County brings total to 4; Iowa has 389 more cases

Illinois and Iowa had their highest single-day death tolls from COVID-19. The Illinois Department of Public Health announced 1,585 new cases of coronavirus disease on Saturday, with 125 additional deaths.This matches a death toll record marked two days earlier. As of Saturday, 1,259 people had died of COVID-19 in Illinois.

Cook: We survived quarantine once, and we'll do it again

My husband and I unintentionally practiced for the COVID-19 pandemic.

"The Committee of Sleep" book