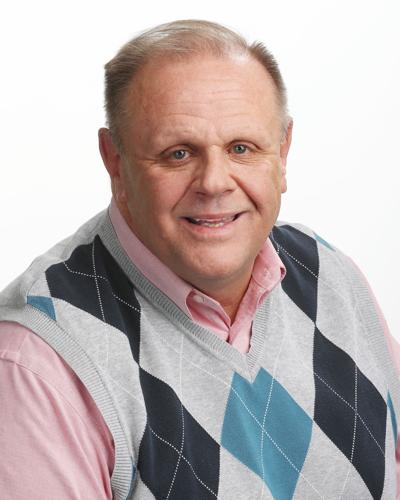 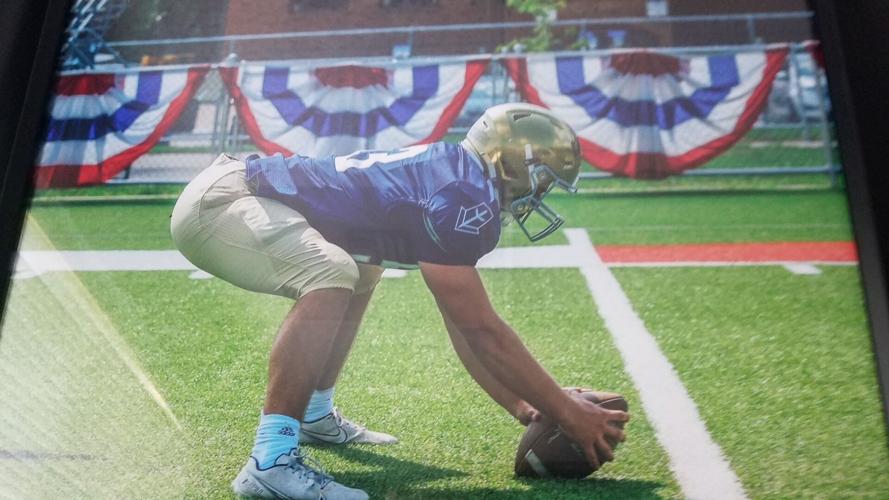 It is 9:49 on a recent Friday and the garage door at Casa De Marxie begins to hum.

More like creak and squeak, kind of like my knees and hips. I mean, does any garage door really hum?

Not wanting to make his parents get up or tax them with technology — albeit a rather simple task — he got out of his SUV, dialed in the garage code and let himself in.

Work — any kind of work (usually the harder, the better) — does not bother nor faze him.

We — the empty nesters (his mother and I) — are elated his seven-hour journey is over.

Instead of Florida, California, Texas, Hawaii or New Jersey (he has teammate friends from all those places), our son decided his football-shortened spring break would be spent at home.

This, I’m sure, will be the last such visit, but with spring football and football-related workouts weighing heavily on his mind, he opted for home, pre-scheduled training sessions and a built-in long-snap catcher (me).

No matter the reason, Shoeless was in the house. Have I mentioned this empty-nest thing is a struggle at times?

It must be noted, we are parents of one. Shoeless is it, though our home had hot-and-cold-running yahoos through its doors for years. And that was fantastic. We were surrounded by a bevy of top-notch yahoos.

With one, though, empty-nesting is unique.

It’s two parents, usually checking with him at a variety of different times, regarding a variety of different subjects. His mother wants to know about his day, school, how he is doing socially, if he has enough cash in case something goes wrong with his credit card or the backup card she sent to him at his school in South Dakota.

His mom is the world’s best at the details. I am the worst.

To that, I want to know about football, defensive reps, snapping times, a different social aspect of college life, if you know what I mean, and if he is holding up mentally and physically. I do also wonder why, in God’s name, would he risk injury by attempting to learn to ice skate recently.

Usually he responds, Sunday through Thursday, in the neighborhood of 11 p.m., his first break from the day. Most times we are asleep. His day is filled with school and athletic-related events. Fridays and Saturdays are for team events and/or community service, depending on the time of year.

There are a variety of emotions when you send your only child off for the first time and the house is yours, just the two of you. You worry if he or she is adjusting to their new life and the challenges of time management, social engagement and academic strife. You hope you have instilled the right values in them and they simply do the right thing. You don’t see them every day like you used to.

At home, there is actually time spent with your spouse, something — with the rigors of keeping up with the schedule of a teenager who is social and athletic — that hadn’t been there in years.

It’s nice getting to once again get to know the person you began the ride with.

You come to look forward to football-related trips, sometimes spread over three days, most times two and sometimes one. You know your wife still cares if, in the last two hours of the second seven-hour drive of the day, she doesn’t hit the mute button on the car radio as you reach for the tough notes in Bob Seger’s legendary “Turn the Page.’’

Or you marvel at the fact she has become a huge country music fan right under your nose.

You appreciate home-game days because you get a meal and an hour with your child after one and dread away games because it's only 20 minutes after the game before they are summoned to shower and board their charter.

You learn to appreciate the Wednesday before Thanksgiving and the 45 minutes he shares with you before heading out to catch up with his hometown friends. You happily tolerate the new comings and goings and habits of your one child over Christmas break, because you're just glad to have him home for three weeks.

And you appreciate what might be his last spring trip home, because there are options much cooler than home in years to come.

All this with just one child. I can't imagine the angst when a mom or dad lovingly pushes the last of several out of the nest.

Hey, no one said this was easy.

Columnist John Marx can be reached at newsroom@qctimes.com.

MARX: I'd buy a new car just for the full tank of gas

I'd buy a new car just for the full tank of gas.