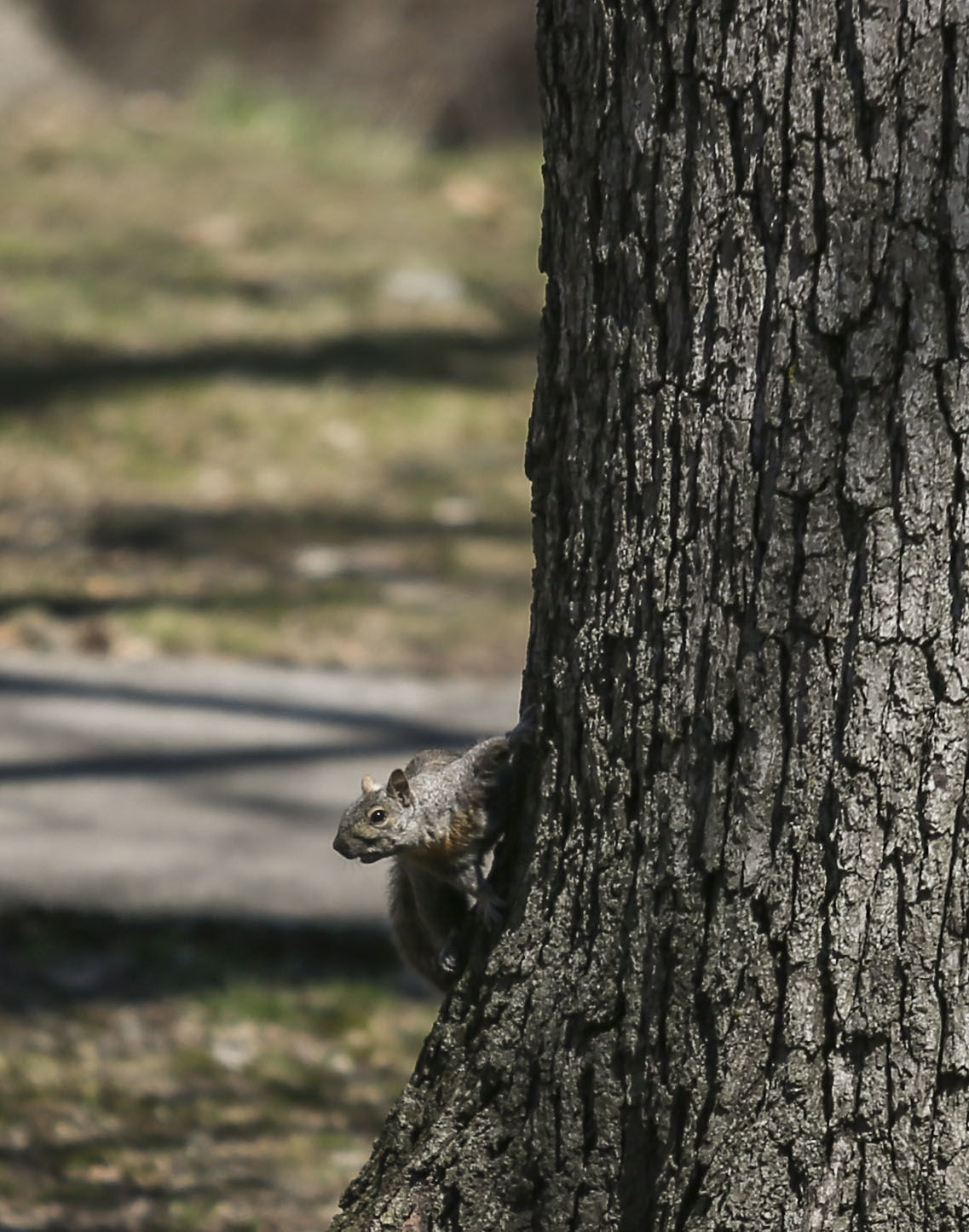 A squirrel at Devils Glen Park in Bettendorf, April 4, 2020. 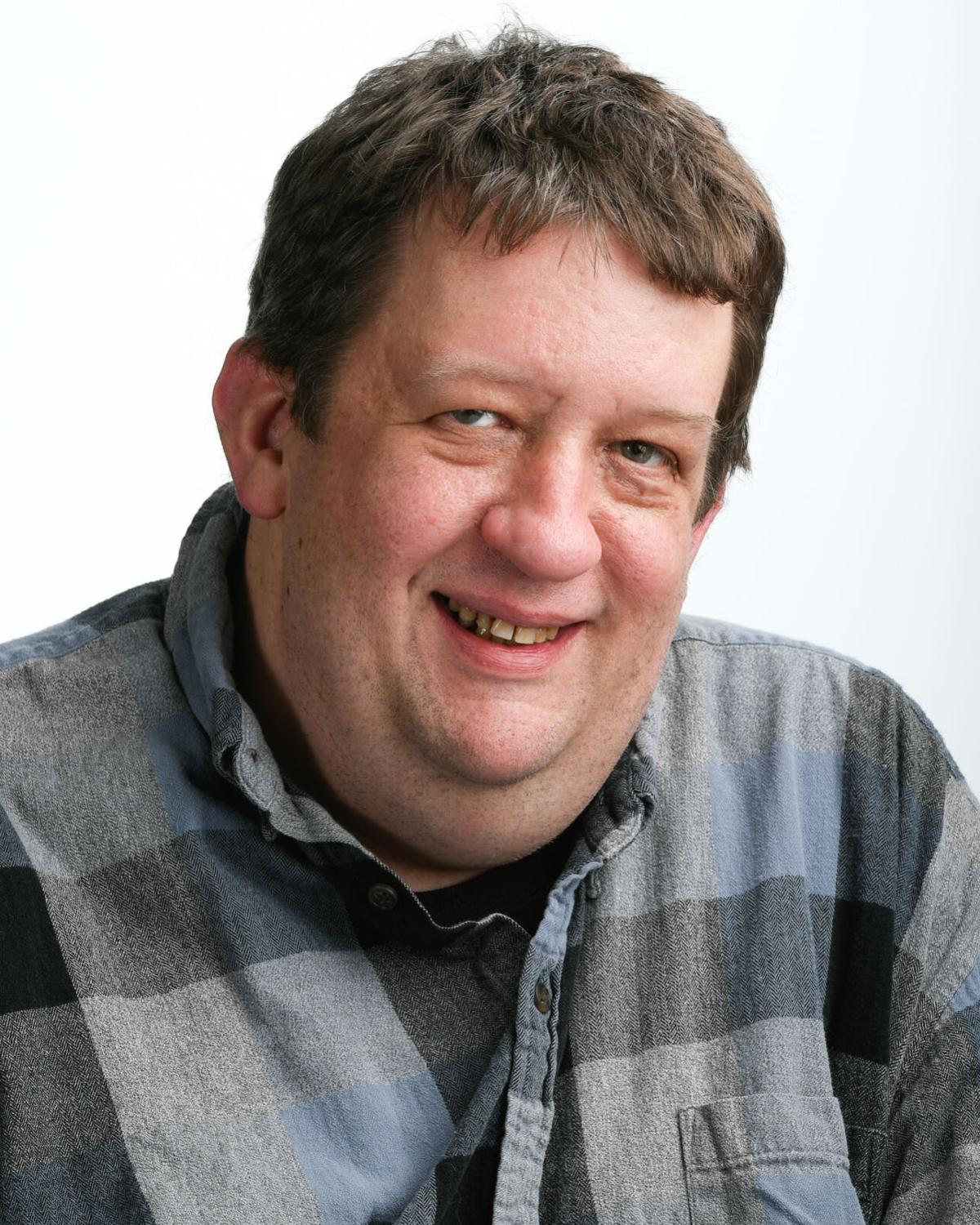 Society has long been rife with conspiracy theories —- and there's nothing like a good old-fashioned global pandemic to bring them out in full force. Maybe I just have weird friends, but I can't go five minutes on Facebook without seeing someone claiming the coronavirus is a Democrat hoax to get Biden elected or that masks are just the government's way to subjugate society on the road to fascism.

I'm pretty sure most conspiracy theories are hogwash, especially these COVID-19 ones. I swear to you all right here and now there IS a sinister conspiracy afoot — one that involves an evil collaboration between car washes, grocery stores, and the most blackhearted masterminds of malice in the world: squirrels.

Once upon a time, I thought squirrels were cute and fuzzy and charming. Then I made the mistake of buying a house with a walnut tree in the backyard. Every year, a small army of squirrels farm that tree 24/7. They're efficient, organized, and their clear purpose in life is to make mine a living hell.

Last Sunday, I went to the grocery store on a food run. While there, I was happy to find a couple big jugs of hand sanitizer perfect for the office. Returning home, I pulled onto the parking slab in my backyard and unloaded the car.

The next morning, I opened my back door to leave for work and nearly screamed. In my rush to put the groceries away, I'd forgotten entirely about my car. I'd meant to park it in the garage when I was through unloading. Instead, I realized I left my car overnight on the parking slab — directly underneath the agricultural operations of Squirrels Inc. In just one night, those cute and fuzzy backyard demons had turned my white car into a walnut-stained abstract art piece. With no time to sort it out, I had to cruise to work in a ride that looked like it lost a twelve-round TKO with a flock of diarrheal pigeons. Lovely.

At least I had my new hand sanitizer and used it throughout the day. Well, at least until 3 p.m. That's when I got a breaking news blast on my phone. The FDA had just released a new list of dangerous and ineffective sanitizers, and sitting atop that list was the very jug of "Be Safe" I'd been liberally dousing my hands in all day. As if on cue, 20 minutes later my right hand broke out in a red and painful rash. Double lovely.

After work, there was nothing I wanted to do except sheepishly drive my Poopmobile to the nearest car wash. But I was on a mission. On most days, I'm a fairly timid person. Normally, I would've just cursed my luck and tossed the bottles of hand poison in the trash. But I wasn't going to let COVID or squirrels or grocery stores get the better of me. Not when my hand was burning and my car was a mobile Jackson Pollock painting. Besides, that hand sanitizer wasn't cheap.

So I got off work, held my head up high (then ducked it WAY low to give a wide berth to the sticky nightmare of my car exterior), and headed indignantly to the grocery store, receipt in my red and itchy hand. I went straight for the line to the customer service desk, which of course was the cue for every unmasked heathen in the place to line up beside me at a distance substantially less than six feet apart. Timid Shane probably would've stood there and risked the plague. Not today. Besides, I had a mask on. I was virtually anonymous. That's probably why I spun angrily on the dude behind me and said, "Hey, could you give a little distance?"

He looked at me as if I were the one openly exhaling cooties, but he backed off. Instead, he put his shopping cart between the two of us, which would have been great had it not been occupied by his maskless and coughing children. For a while, I wondered if I'd be the guy in the next grocery store fight video shared around Youtube. I would've started yelling, but I was too busy holding my breath.

Eventually, I made it to the counter and informed the clerk about the new FDA warning while asking for my money back.

"Is it your policy to sell hand sanitizer that doesn't work?"

"Is it your policy to sell products that do THIS?" I asked, waving my blotchy hand in front of his face.

Eventually I got my refund. Well, for ONE of the jugs, at least. It turned out the cashier accidentally hadn't charged me for the second one. It's just my luck that the one time I inadvertently managed to cheat the system, it was for a jug of free poison.

Still, I took the refund for the one jug, although the clerk's probably still wondering why I asked for it in quarters. Ten minutes later, I was furiously plugging change into the machine at the nearest car wash, eager to show those squirrels what's what. Of course, unbeknownst to me, I was shoving money into a car wash bay that was out of order and featured water pressure barely more effective than me spitting on my car, which I couldn't even do because I was still wearing a mask.

Fifteen minutes, I found another car wash and spent three full cycles of quarters getting all the muck off my car, but not before somehow managing to pinch a nerve in the hand holding the spray gun — the same hand that was already red and blotchy.

So here I sit, two days later. My hand still hurts and the rash is still there. My refunded treasure now sits scattered around the change collection boxes of every car wash in the greater Rock Island area. The great squirrel / car wash / grocery store conspiracy of 2020 may have won the battle, but NOT the war. And in case my boss is reading, that "sales call" I made earlier to that tree service was DEFINITELY about newspaper advertising. Any discussion of rates to chop down a walnut tree was purely coincidental, I swear.

It wasn't the first time I swore this week.

Just the other day I was thinking I should pick up a new hobby to while away the hours in our new virus-riddled reality. Well, it didn't take …

The older I get, the less patience I seem to have. I hate waiting for things, and that hatred has become more and more palpable as my days tick on.

A squirrel at Devils Glen Park in Bettendorf, April 4, 2020.