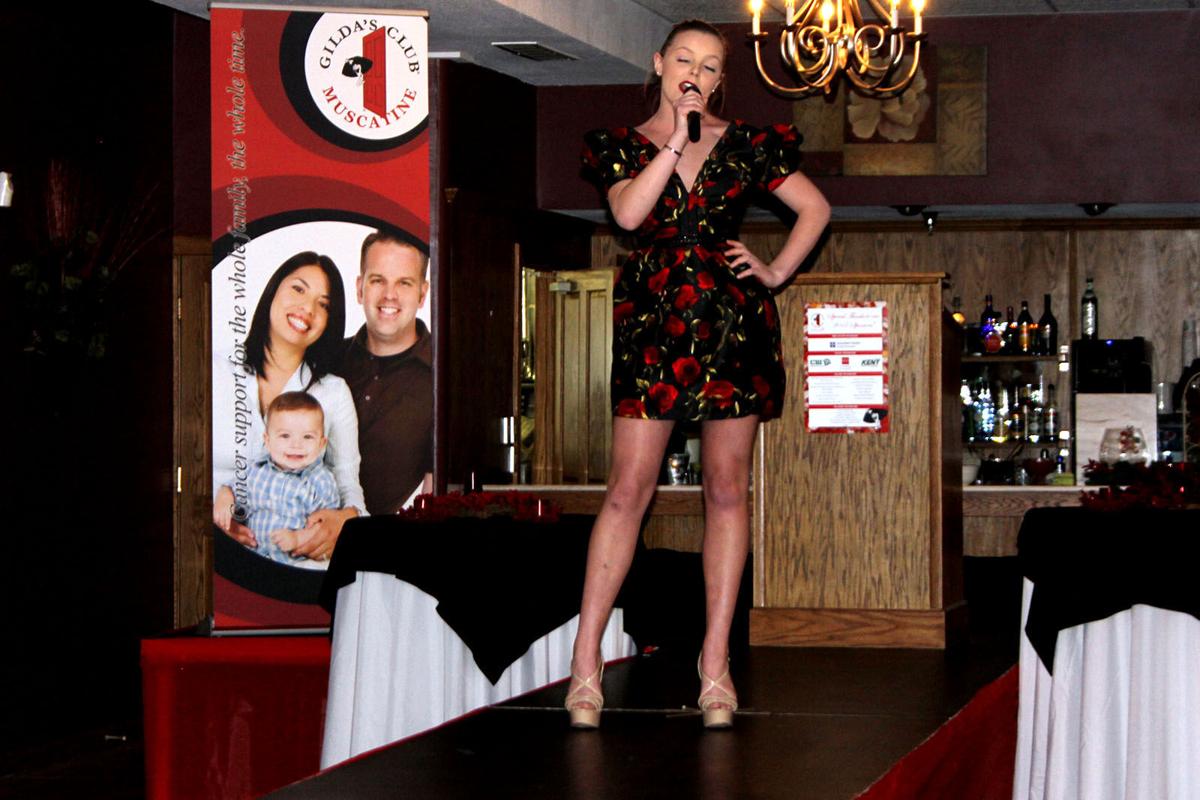 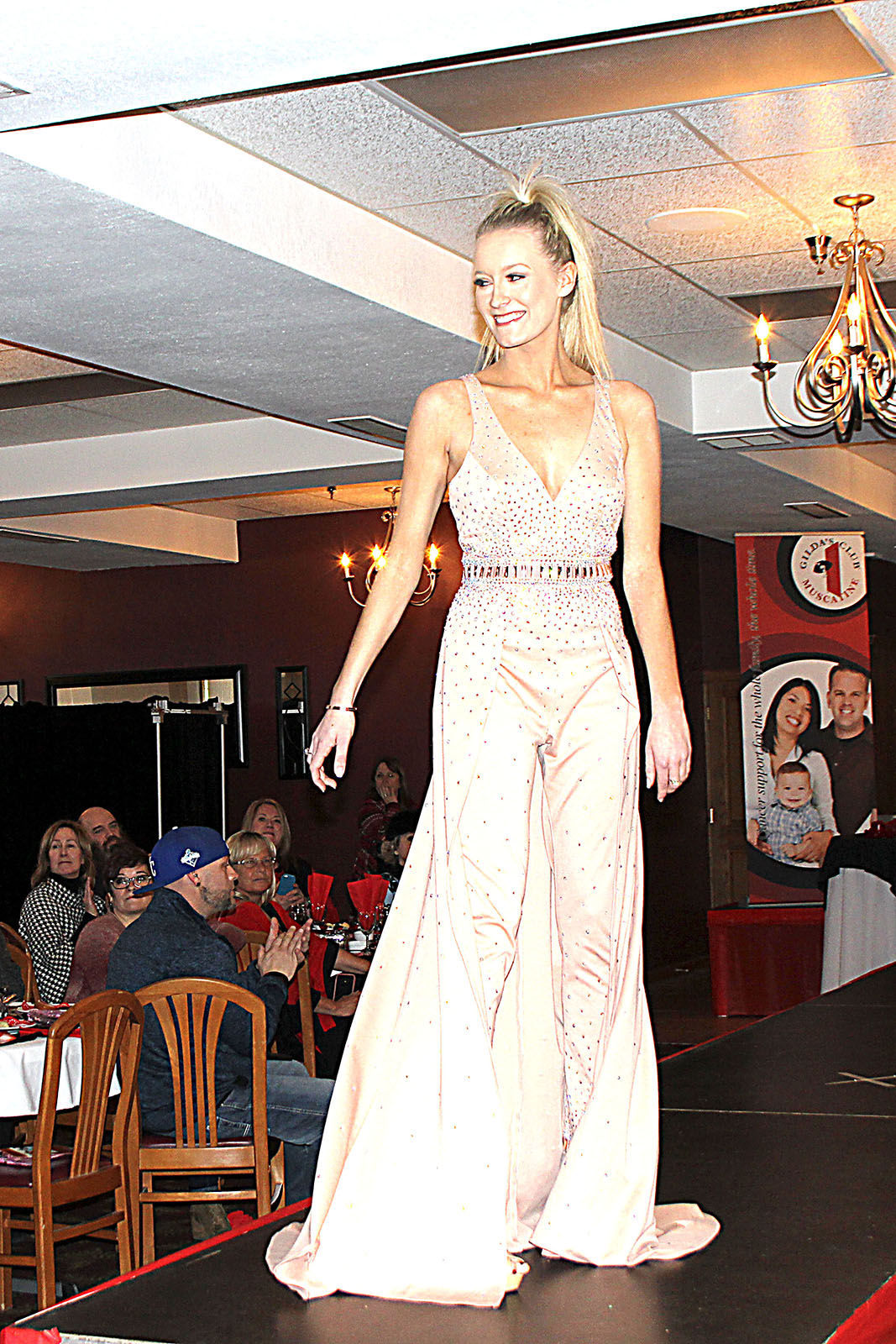 Johanna Vittetoe models a romper from LeChic Prom & Pageant Boutique at the Runway Red Benefit. Proceeds from the benefit fund Gilda's Club support services to people with cancer in Muscatine. 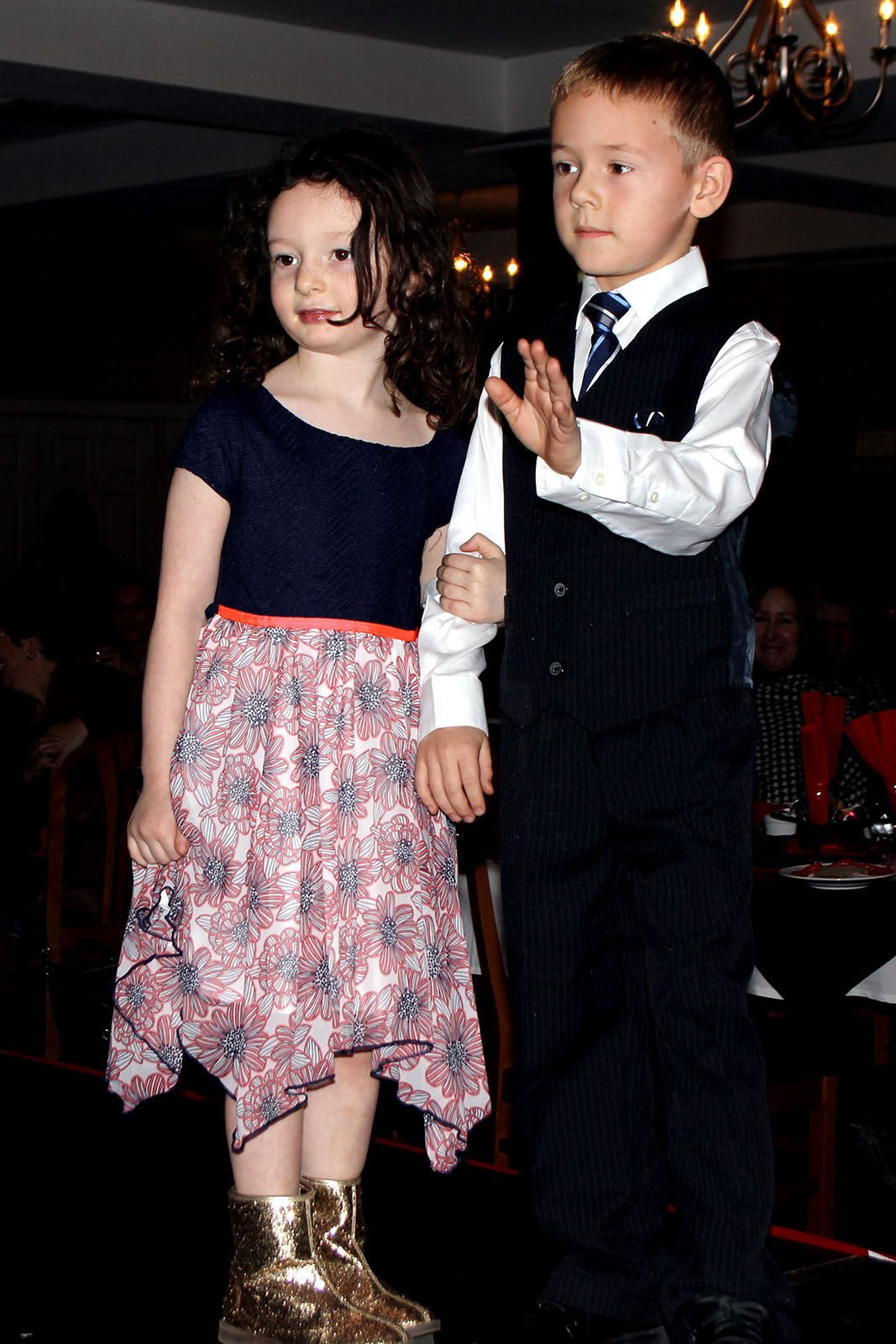 From left, Maddie Schnedler, 4, and Riley Bebber, 6, model clothing from Yonkers at the Runway Red Benefit on Sunday afternoon.

MUSCATINE, Iowa — Muscatine County has the highest rate of breast cancer in the state of Iowa, according to Kelly Frick, director of imaging services at Unity Point Health-Trinity Muscatine.

"And it has increasing end-stage, late-stage breast cancer diagnosis," she said Sunday, during Runway Red, a benefit for Gilda's Club's services in Muscatine.

Holly Oppelt of Muscatine has personal knowledge of these statistics. She joined Gilda’s Club three years ago after she was diagnosed with uterine and breast cancer.

“I joined one of their groups after I was kind of finished with my chemo and just got involved,” she said.

After she recovered, she stayed involved. For three years, she's been part of the organizing committee for the benefit, which was held at Muscatine’s Rendezvous Banquet Hall and Catering. The benefit raises awareness about cancer and about the services Gilda's Club offers.

“It’s just important to raise the awareness,” said Joy McMeekan, development director at Gilda’s Club. “We’ve been offering direct services to Muscatine for the last three years ... we’re here to make sure that no one in the Muscatine community faces cancer alone.”

The benefit featured wine and desserts as well as a runway show featuring volunteer models who wore spring fashion from Yonkers, Cato, The HallTree Boutique and LeChic Prom & Pageant Boutique. And some of the volunteer models had a special connection to the cause.

“Cancer runs rampant in my family. My grandmother died of breast cancer when she was 30—my mother never knew her,” Basham said. “My mom has had lumps removed and my grandmother’s sister also died when she was very young. So it’s really important to me to help raise money and raise awareness.”

“Since I’ve just been crowned a month ago, I’ve been really trying to get into the community and kind of get involved,” she said.

Lange said she is working to become a pediatric oncologist, and spends time at the University of Iowa Children's Hospital.

The event was sponsored by several organizations, including UnityPoint Health-Trinity Muscatine.

What does Gilda's Club do?

Gilda's Club Quad Cities offers free support groups for people diagnosis with cancer and their families; programs that help cancer victims deals with the emotional and physical aspects of their diagnosis; and workshops on topics such as the cost of care and new treatments.

It is named for the late comedian, Gilda Radner, an original cast member of SNL.

Johanna Vittetoe models a romper from LeChic Prom & Pageant Boutique at the Runway Red Benefit. Proceeds from the benefit fund Gilda's Club support services to people with cancer in Muscatine.

From left, Maddie Schnedler, 4, and Riley Bebber, 6, model clothing from Yonkers at the Runway Red Benefit on Sunday afternoon.