Milton Serrano wore a mask during most of the first day of his trial for first degree murder in Dubuque County. 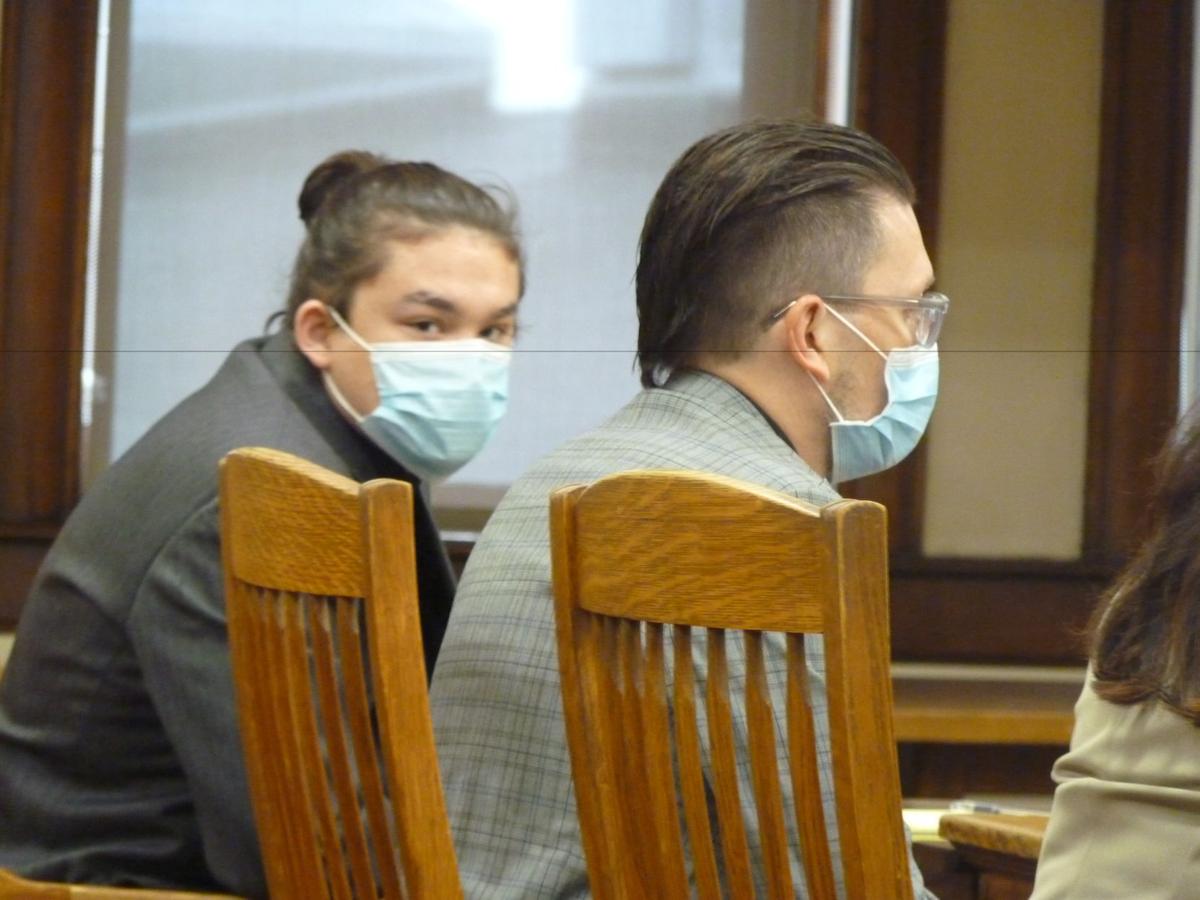 Milton Serrano, left, was convicted of second-degree murder in the stabbing death of Chantz Stevens.

DUBUQUE — A Dubuque County jury saw two videos Wednesday of Milton Jermaine Cole Serrano Jr., 22, getting into fights, including a few seconds of a fatal clash with Chantz Stevens, a Wilton teenager.

During the opening day of Serrano's first-degree murder trial — moved from Cedar County to Dubuque County on a change of venue — a jury of eight women and six men saw the testimony of Riley Kiel, the man who threw the party where Stevens was killed. It was at his parents' rural farmstead while they were out of town. The nearest town is over five miles away.

During opening arguments, Assistant Cedar County Attorney Adam Blank said Serrano attended the party looking for a fight. He said the state planned to prove Serrano was in two fights that night, the second the fatal encounter with Stevens.

"As we sit here today, the defendant has one more fight on his hands," Blank said. "A fight he picked for himself on July 19, 2020. It is a fight against the facts that you will see and hear and the law you will be instructed on."

Serrano's attorney, Miguel Puentes, admitted Serrano stabbed Stevens but said it was an act of self-defense.

"What this case is, is a case about the right to defend yourself," Puentes told the jury. He said it is important to know Stevens attacked Serrano. He also said the jury would not hear evidence that there was a plan in place for the incidents to happen.

"(Stevens) definitely made the first move on an injured Mr. Serrano," Puentes continued. "In that moment he was injured and easily outmanned. In that moment he pulled a small pocket knife from his hip and he stuck Mr. Stevens."

On July 19, 2020, Serrano was arrested at a residence in Muscatine after reports of a fight at 938 Quincy Ave., Clarence, Iowa. Police reports say Serrano had attended the party and allegedly keyed a silver Toyota Camry, resulting in about $1,000 damage.

Kiel testified he invited about 10 people to the party, but word got out on social media. It was the same night as the Tipton graduation, and many people showed up, many Kiel didn't know. He did not see anyone taking drugs at the party, he said, but another witness, Kenny Salami, testified he took cocaine with Serrano and later with Stevens.

Police accounts say two physical altercations occurred as Serrano was asked to leave the party. During the first altercation, Serrano allegedly made reference to having a knife and threatened to stab people.

Austin Hubler, the first person Serrano fought with, testified he asked Serrano to leave. Serrano was angry and said he wanted to fight, but Hubler said he refused until Serrano punched him in the face. Several witnesses testified Hubler, physically bigger than Serrano, won the fight. A video showed the fight being broken up and Serrano getting up, complaining he had popped his shoulder out of its socket. Kiel helped him pop his shoulder back in.

Hubler testified Serrano immediately began trying to fight again with other people. Kiel testified a group of people formed a line trying to walk Serrano away from the party when the second fight started.

During the second altercation, with Stevens, Serrano allegedly removed the knife from his pocket and stabbed Stevens twice in the abdomen. There was testimony that Stevens tackled Serrano and they appeared to be wrestling before the stabbing occurred. Several party goers testified they saw Serrano with the knife, and covered with blood. And that Serrano fled.

Later that night Serrano posted on Facebook Live about the fight.

The trial continues on Thursday. While nine days have been reserved for the trial, the defense and prosecution anticipate it will end early next week.

DUBUQUE — The prosecution and defense in the murder case of Milton Jermaine Cole Serrano Jr., rested and the jury sent home for the day. Closi…

Milton Serrano wore a mask during most of the first day of his trial for first degree murder in Dubuque County.

Milton Serrano, left, was convicted of second-degree murder in the stabbing death of Chantz Stevens. 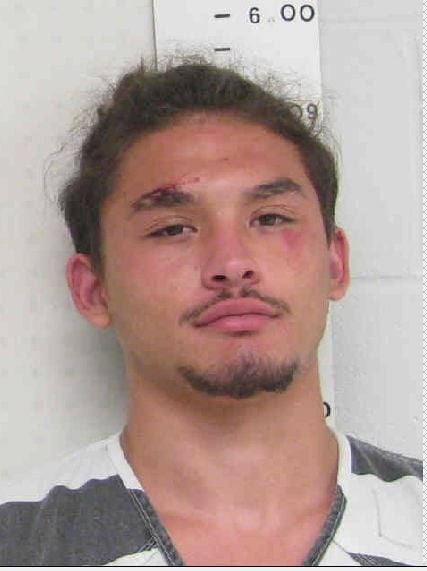