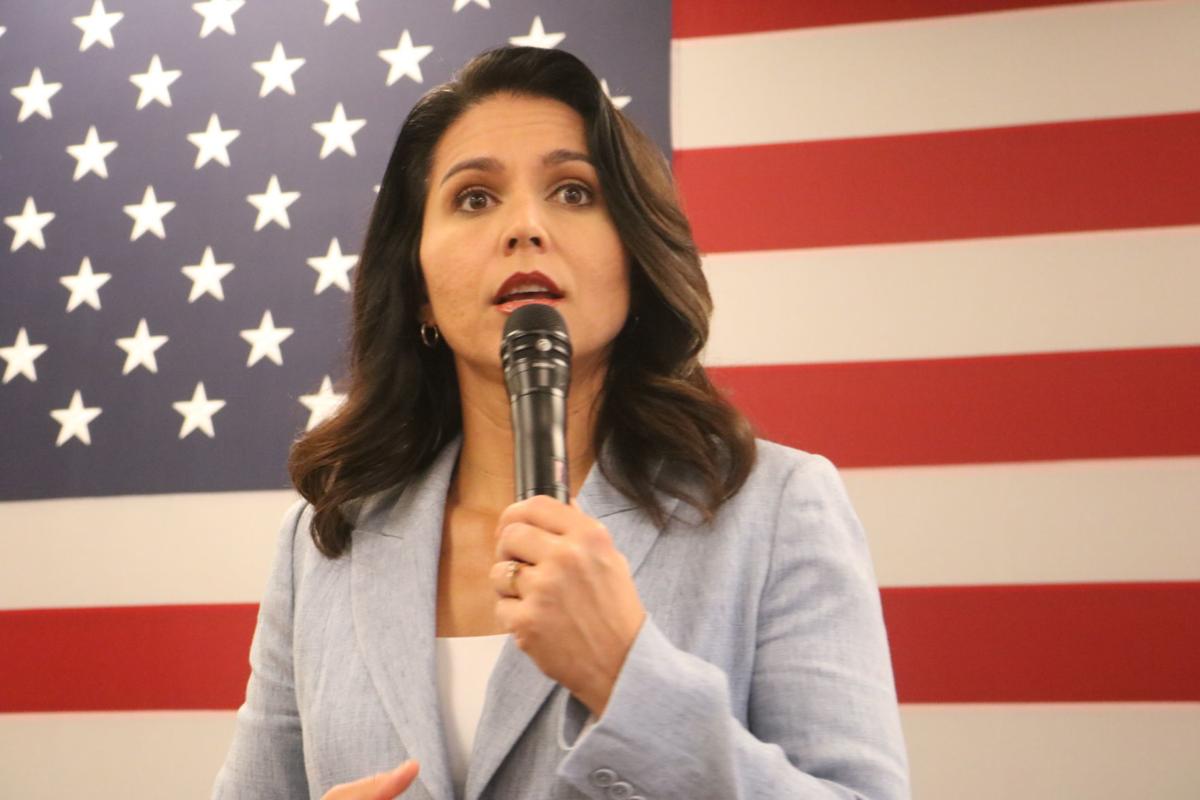 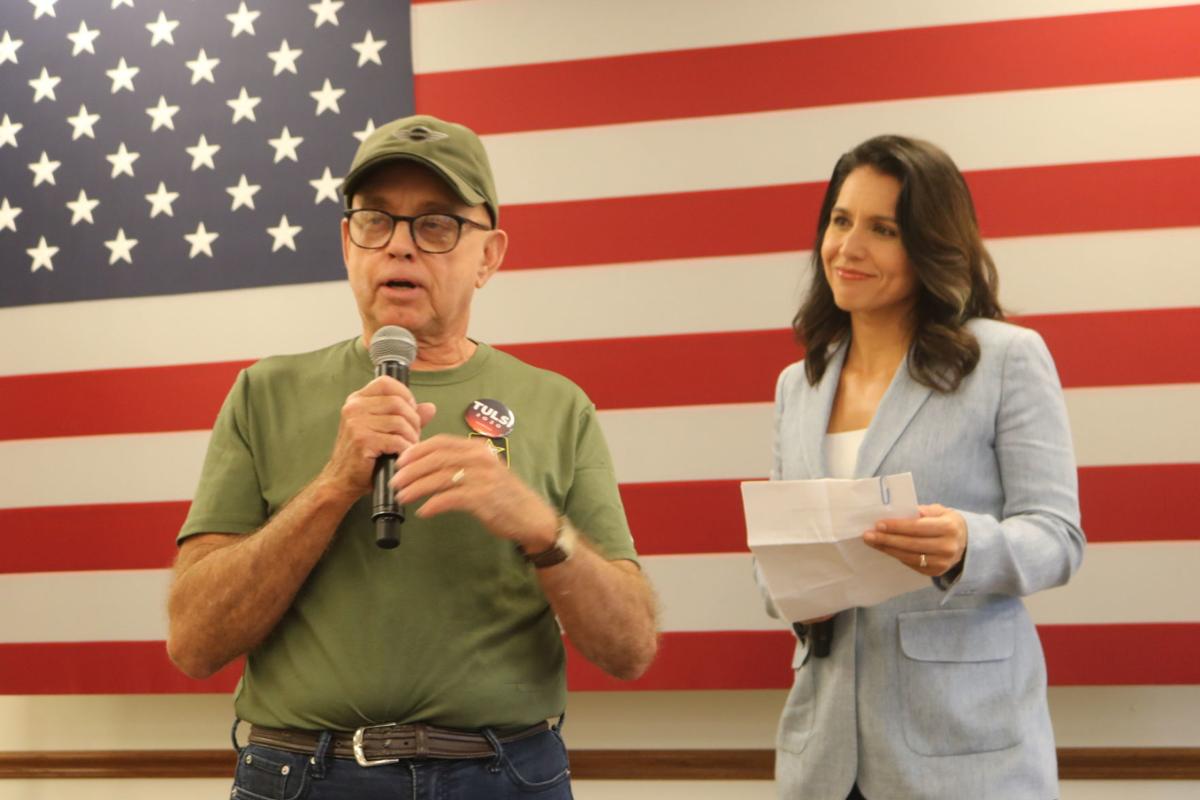 MUSCATINE — There were a few questions about foreign policy and education, but more than anything else voters wanted to hear what presidential candidate Tulsi Gabbard had to say about health care when she visited the Muscatine Environmental Education Center.

About 40 people turned out to hear Gabbard on Saturday. A U.S. House member for Hawaii, Gabbard is vice chairwoman of the Democratic National Committee, a major in the U.S. Army, and formerly Bernie Sanders’ running mate in California. Her remarks focused on things such as the end of ongoing wars, the environment and the need for a government that serves the people. Health care was the first topic she addressed in her opening remarks.

“More and more people are in this predicament and live with the fear they cannot get the care they need when they need it most,” Gabbard said. “There is a central point in Washington that needs to be addressed: Why are we in this situation? Why is it election after election we continue to debate the same issues?

Even with the passage of the Affordable Care Act, there has been some improvement, there were still tens of millions of people in the country who are not able to get the care they need. It all comes down to the issue that our government is not one that is of, by and for the people. It is a government that is influenced by the very few, the very rich and the very powerful.”

During the public comment section, John Timmons brought forward his own version of health care reform, specifically lowering the cost of prescription drugs, which he presented to Gabbard. He explained the system reviews prescription drug costs to ensure the lowest price.

Gabbard spoke about changing the laws to allow competitive drug prices. Another speaker commented that insulin to treat diabetes costs about $300 a vial, while in Canada it costs $30 per vial. Gabbard said the existing law doesn’t allow the negotiation of lower drug prices. She also said drug companies exploit patent laws to prohibit competition.

“The law in place is one of the most egregious examples of the corruption in our government,” she said. “I didn’t realize until a few months ago the United States is the No. 1 purchaser of prescription drugs in the entire world. If you look at purchasing power and the kind of leverage that gives us as the consumer, that our political leaders have given away by prohibiting the government from negotiating lower drug prices.”

Alexis Huscko brought her newborn to the town hall meeting and was grateful for the audience’s light clapping. She asked about care for mothers and how Gabbard would make it easier for mothers using the health care system.

“When we look at the health care system we have, too often do we see it is not a system that promotes the health and well-being of people,” she said. “It is more of a sick-care system than anything else.”

Davenport man leads police on multi-county chase, kept driving on rims after his tires were all flat

Woman sought after she dragged a police officer behind her car

WILTON — On Monday morning, Cheyenne Rae looked on her phone at the photo of her friend, Chantz Stevens, shedding a tear in his memory. Her th…

Appeals continue to be processed for GPC settlements

MUSCATINE — Speculating that the processing of claims has been slowed down by the COVID-19 outbreak, Muscatine City Council member Kelcey Brac…

WILTON — On Monday morning, Cheyenne Rae looked on her phone at the photo of her friend, Chantz Stevens, shedding a tear in his memory. Her thoughts went to what may have happened if she had joined him at the party in Clarence on Saturday night.

Appeals continue to be processed for GPC settlements

MUSCATINE — Speculating that the processing of claims has been slowed down by the COVID-19 outbreak, Muscatine City Council member Kelcey Brac…