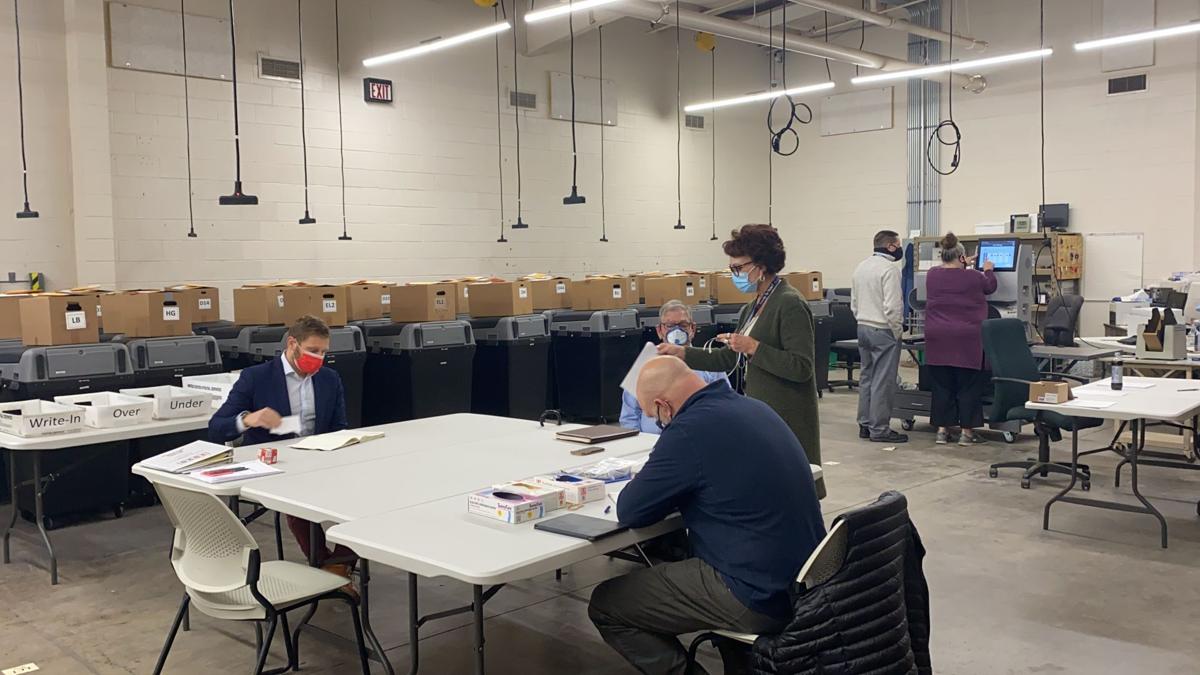 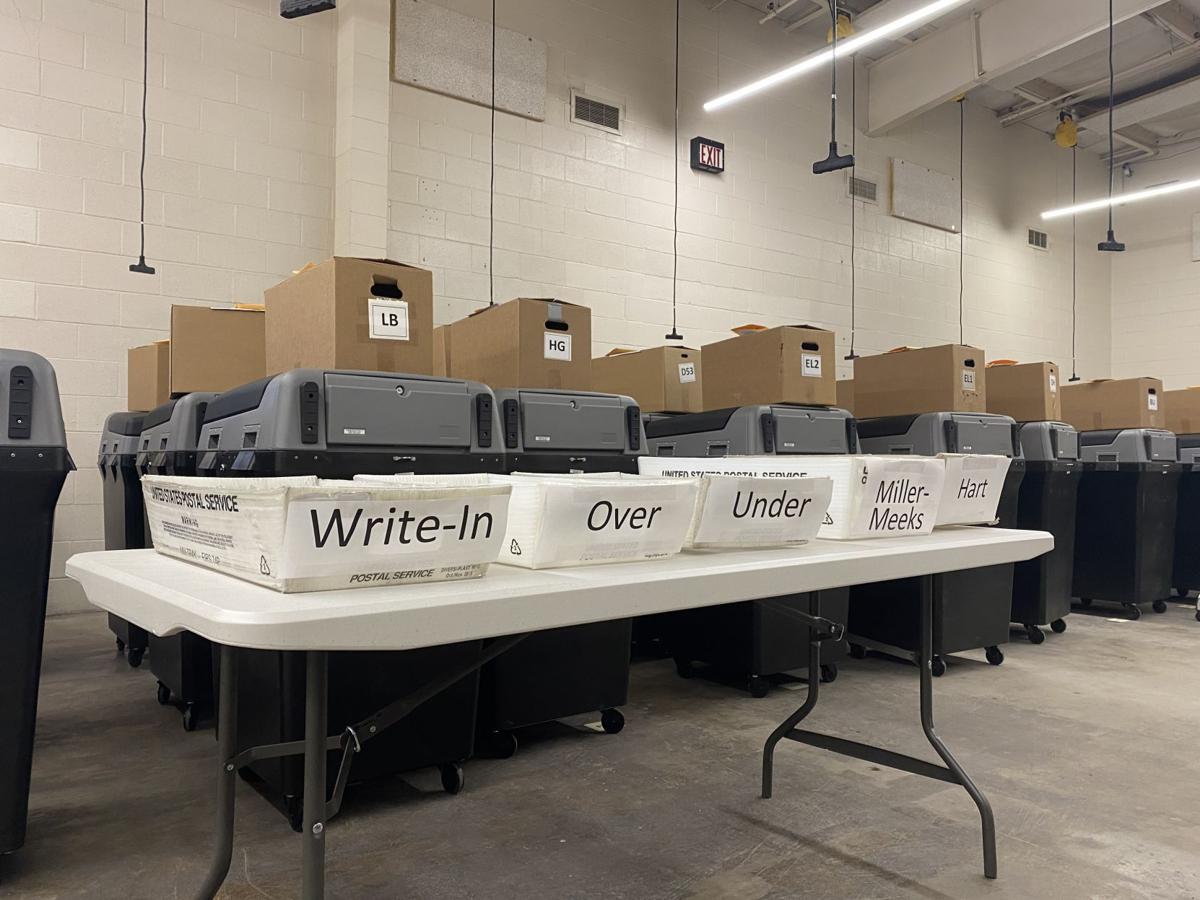 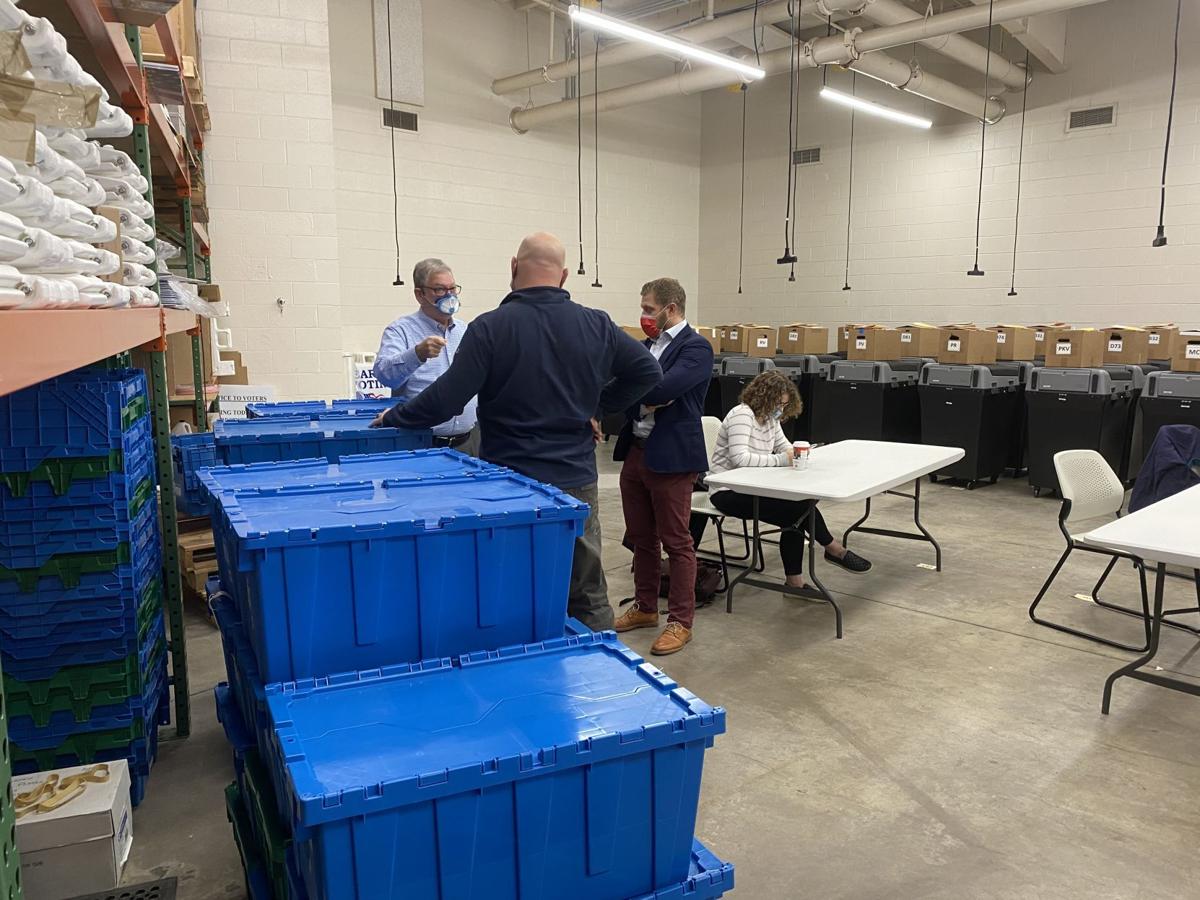 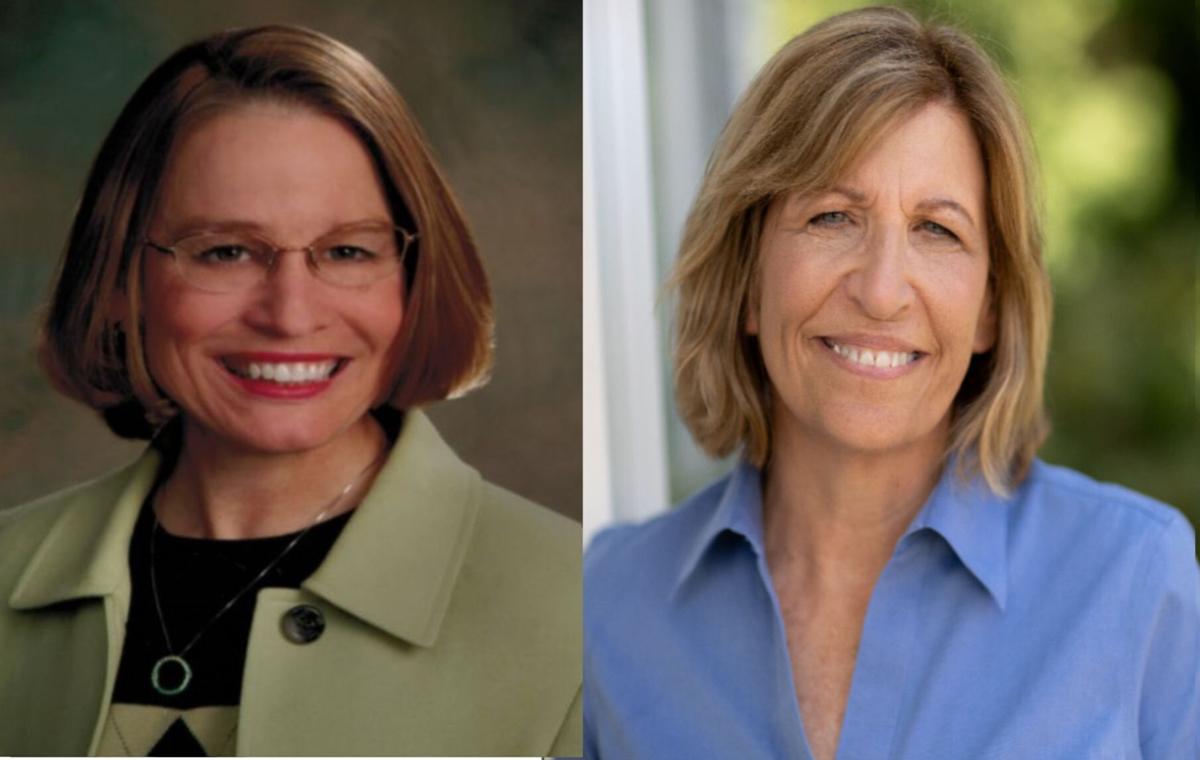 The historically close race for an open southeast Iowa congressional seat could be nearing a single-digit victory as the tally continues to narrow as counties work to complete their recount of votes. Whatever the outcome, the race results are almost certainly headed to a legal challenge.

Republican Mariannette Miller-Meeks, as of late Wednesday afternoon, had 196,880 votes to Democrat Rita Hart's 196,845, according to unofficial results from the Iowa Secretary of State's Office. The U.S. House race is the closest federal race in the country, and could become a single-digit race.

"The reality that this is going to a (legal) contest, I believe, is, you know, 95% probability. They're going to be within 50 votes of each other," Scott County Auditor Roxanna Mortiz said Wednesday.

The three-member recount board — which includes one representative from each campaign and one neutral member — in Scott County adjourned Wednesday without addressing a 131-ballot discrepancy between its tabulation of the absentee ballots received by the Scott County Auditor and those included in the county's certified canvass of election results after election day.

Rather than conduct a full machine recount of absentee ballots, the board decided, 2-1, over the objections of the Miller-Meeks' campaign, to adjourn, leaving the unexplained discrepancy.

Michael Bousselot, chief of staff to former Iowa Gov. Terry Branstad and the Miller-Meeks' campaign representative, did not sign the recount board report "that has this cloud over it."

The board adjourned after requesting and awaiting legal advice from the Scott County Attorney, which advises the recount board.

The Scott County Attorney's Office advised that state statute was unclear on the matter, and felt the recount board had broad latitude to decide how it wanted to proceed, according to two people with direct knowledge, but who were not authorized to speak publicly.

Davenport attorney Ian Russell, the Hart campaign's representative on the recount board, contended it was beyond the scope of the recount board to conduct an audit, and that its task is not to reconcile the recount and canvass of votes. Ultimately, he said it will be up to Scott County Board of Supervisors to decide whether to certify the recount board's results and send them on to the Iowa Secretary of State for statewide certification on Monday.

"I know it's unfortunate," Russell said. "This is not what any of us wanted to happen, but the statute is clear that the recount board recounts the ballots. ... It doesn't try to audit them and compare them. If there's a discrepancy ... there's a remedy for that" through the courts.

"And I have no doubt, as with all of the lawyers involved with this ... that that will happen," Russell said. "We did our absolute best (to follow the right process and get the recount right), and I don't know what to say other than if we run it again there's an opportunity for another human error and an opportunity for another mechanical error. ... I am inclined to say that I have signed the report, and the lawyers will file a contest and deal with it. We worked at it and we did our best. And I don't know what else to say."

Former judge John Nahra, the board's neutral member, seemed to be of the same opinion.

The recount board results, if certified, would net Hart 26 votes in Scott County.

The Scott County Board of Supervisors is scheduled to meet Monday morning to consider certifying the results of the recount to send to the Secretary of State's Office.

"We are the custodian of the ballots and that's all," Moritz said of the auditor's office role in the recount process, and cannot perform an administrative audit or count of the re-canvass of voters under state statute. "There's no way to validate whether my numbers are right or theirs are."

On Tuesday, Hart's campaign reported the former Democratic state senator had netted nine votes in Jasper County and one vote in Clinton County, her home county.

However, in Jasper County, a ballot tabulating machine broke down during the recount and had to be repaired, per the Associated Press. The Miller-Meeks campaign alleged that, once repaired, the machine could not reliably read ballots and disputed the count after Hart gained ground.

The recount board brought in a new machine to recount nearly 11,000 ballots there were in question, and final results following the compete recount in the county led to Miller-Meeks losing a vote and no vote change for Hart, the AP reported.

Clinton County had yet to complete its recount and submit results to the secretary of state, and planned to continue counting some 5,000 to 6,000 absentee ballots on Saturday.

If those results stand, Miller-Meeks’ lead would shrink to just seven votes when combined with the 26 votes gained in Scott County, which were not yet reflected on the secretary of state’s website Wednesday night.

According to state law, a tie would result in a winner's name being drawn out of a hat, bowl or other receptacle, according to the AP.

The race has seesawed and narrowed considerably since election night, when Miller-Meeks, a state senator and ophthalmologist from Ottumwa, held a 282-vote lead over Hart. Before the recount began, Miller-Meeks' lead had narrowed to 47 votes after late-arriving mail-in absentee and provisional ballots were counted, and precinct reporting errors were corrected in Jasper and Lucas counties.

Miller-Meeks' campaign over the weekend criticized the process used by the Scott County recount board, arguing it is not allowed under state law and cannot be trusted.

That process involved conducting a machine recount, and then recounting ballots by hand that could not be read. Miller-Meeks' campaign argues that Iowa law requires either a machine or a hand recount, not a combination.

Hart's campaign argues that the recount boards have discretion to decide how to proceed, and the bipartisan recount was "conducted fairly and thoroughly," with input from the Secretary of State's and Scott County Attorney's offices. The latter of which issued an opinion stating the hybrid recount method was permissible. The campaign, too, noted the Miller-Meeks campaigns' initial representative on the board agreed to the method.

Bousselot joined the board in the middle of the process, replacing attorney Richard Davidson, who resigned due to the recount taking longer than anticipated. Bousselot questioned the process and objected to not checking undervotes for voter intent the same as overvotes.

The Scott County recount board adopted a machine-assisted hand count of roughly 64,000 absentee ballots that were run through a high-speed scanner, which tabulated votes for Miller-Meeks and Hart and sorted out overvotes, write-ins and unclear ballots. It did not separate out some 3,400 undervotes. The recount board then went through those ballots and sorted them by hand for possible votes for each candidate.

On Wednesday, Hart campaign manager Zach Meunier said the "bipartisan recount in Scott County — which was conducted using a procedure demanded by Miller-Meeks’ designee — met that mark" of ensuring "Iowans’ voices are heard and their votes counted fairly."

"The recount of absentee ballots in Scott County was unreliable," Miller-Meeks campaign attorney Alan Ostergren said in a statement. "The campaign wanted a full machine recount of the absentee ballots to get to the bottom of this discrepancy. Instead, the board adjourned and signed a report that the county auditor, a Democrat, says is not accurate and must be corrected. ... All Iowans should have confidence that the election results reported to the Secretary of State are accurate. The Scott County recount board's examination of absentee ballots did not meet this standard."

The Iowa Executive Council, in its role as the Iowa Board of Canvass, is slated to meet at 3 p.m. Monday to certify statewide 2020 election results.

Miller-Meeks and Hart are vying to replace U.S. Rep. David Loebsack, a Democrat who is retiring after holding the seat for seven terms.

No Iowa congressional race has been so close and led to a recount in more than a century, said Leo Landis, state curator for the State Historical Society of Iowa.

The tightest Iowa congressional race to come close was the 1916 election of Republican George C. Scott, who won by four votes over Democrat T.J. Steele to represent Iowa's then 11th congressional district after a series of recounts whittled down his margin from an initial 131-vote lead. Since then, only three state congressional races have come within 500 votes.

Should the race head to court, a spokesman for the Iowa Secretary of State's Office in an email, said Iowa code specifies a candidate file notice "within two days from the day on which the returns are canvassed by the state board of canvassers and, within the same time, serve a copy of the same, with a notice of the contest, on the incumbent in the manner provided by the rules of civil procedure."

On rare occasions, election contests can be filed with the U.S. House of Representatives to investigate contested elections, with Congress as the final arbiter, Moritz said.