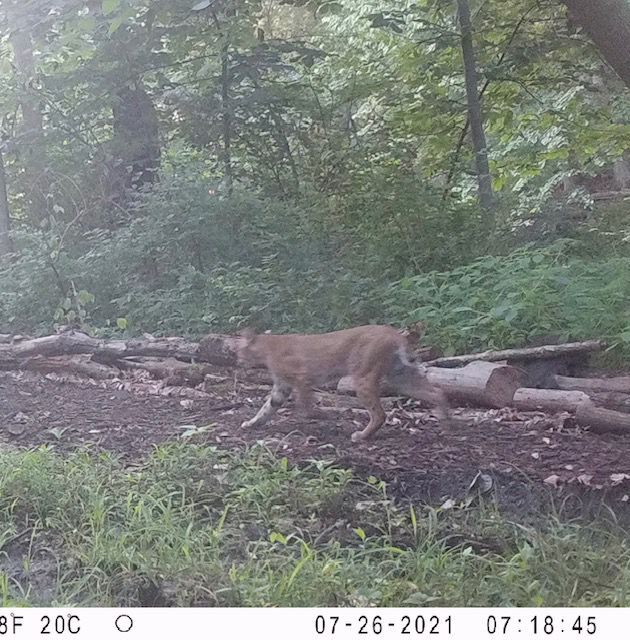 This bobcat was photographed on a trail camera Monday in Rock Island. 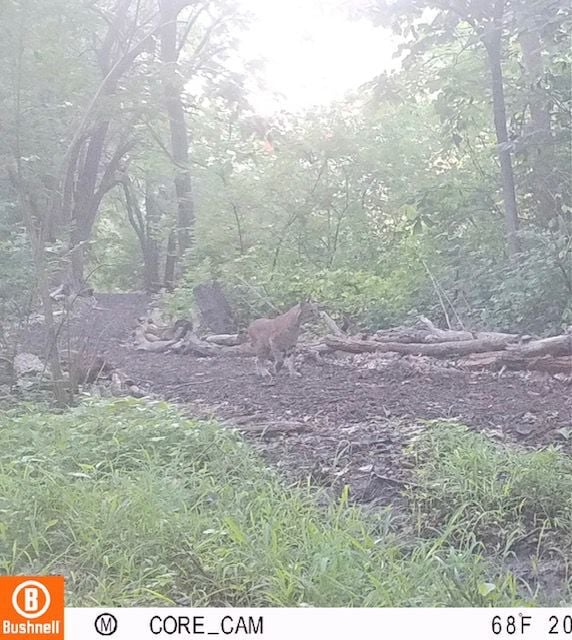 A bobcat was photographed by a trail camera Monday in Rock Island. It was just minutes behind the camera's owner.

The first photo was taken at night so Duane Bonsall wasn't sure what he was seeing.

Monday's morning light confirmed his suspicion: A bobcat has been roaming the woods near Bonsall's Rock Island home.

A retired school principal and coach, the 83-year-old set up a trail camera on a nearby walking path, south of Highland Springs Golf Course.

In May, a nighttime photo showed what Bonsall thought was a bobcat, but something about Monday's sighting was different. The trail cam captured Bonsall on his morning walk and — just six minutes later — clear images of the bobcat.

The animal may have been curious about him, or the timing may have been coincidence. But a biologist from the Illinois Department of Natural Resources (DNR) assured Bonsall that bobcats aren't interested in adult humans.

However, he also was advised that neighbors with small children and pets should not leave them unattended.

Bobcats feed on rabbits and many other small mammals, but they also are capable of killing healthy, adult deer, according to the DNR.

"We found remains of a fawn not long ago that obviously was killed, and we thought it probably was a larger animal that did it," Bonsall said. "There's a pond over here, and we saw a pair of coyotes crossing the ice in the winter, so we thought they could've done it."

While male bobcats can weigh up to 40 pounds, the average weight is 22.

Bobcat sightings aren't as rare as they used to be. Until 1999, the species was classified as threatened in Illinois. By 2016, bobcats had recovered to the point the DNR began a regulated trapping season.

"Now, the neighbors have been joking that we'll carry around a stick with a bell," Bonsall said. "I've been taking one of my old coaching whistles with me, and I blow that a few times during my morning walk."

A motorcyclist was killed Friday evening in a crash on North Pine Street in Davenport.

Eldridge man charged with 12 counts of sexual exploitation of minor

An Eldridge man was arrested Tuesday and charged with 12 counts of sexual exploitation of a minor for allegedly possession and promoting child pornography.

This bobcat was photographed on a trail camera Monday in Rock Island.

A bobcat was photographed by a trail camera Monday in Rock Island. It was just minutes behind the camera's owner.