Subscribe
Read Today's E-Edition
Share This
A former Rock Island teacher was injured in a freak accident. Her friends are raising money to let her live independently again
0 Comments
Share this
1 of 2 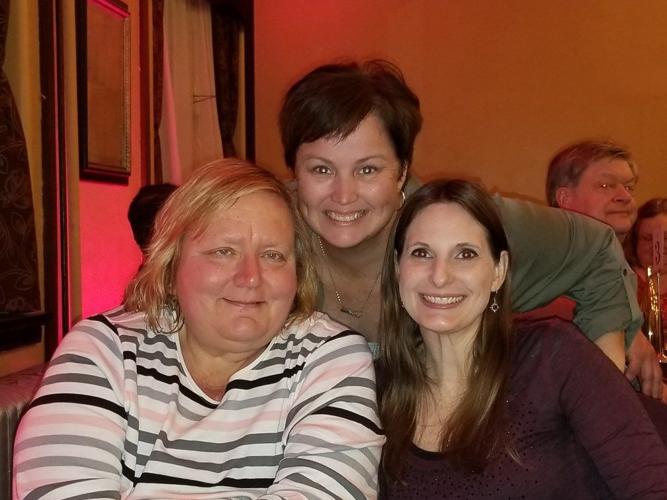 Jackie Mangold, in the striped shirt, is a retired Rock Island-Milan teacher who was seriously injured in an accident. Her loved ones want to make her house wheelchair accessible so she can live independently again. 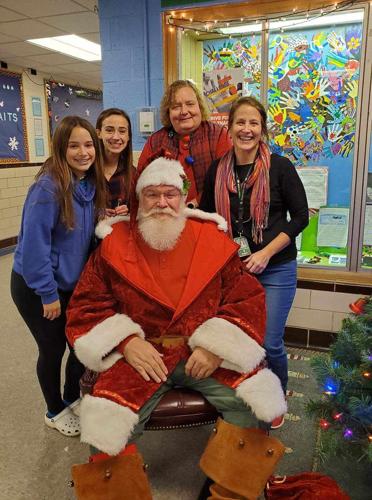 Jackie Mangold, behind Santa Claus, is a retired Rock Island-Milan teacher. She was injured in 2021 and, at least for now, is required to use a wheelchair. Friends, family and former colleagues want to make her home more accessible.

A former Rock Island-Milan School District teacher is trying to return home after an injury, and her loved ones are working to help her get there.

Jackie Mangold taught in the district for 30 years, according to information provided by the district. She retired in 2015, but is still a tutor and volunteer.

In 2021, Mangold was injured in a fall. For now, she must use a wheelchair.

Mangold said she was going to her family farm for a funeral when the accident happened at a gas station.

“I stepped up on the median there, where the gas pumps are,” Mangold said. “And when I stepped down, my knee gave out or something and I fell into a car that was on the opposite side and I hyper-extended my spinal cord.

“I knew I was in trouble right away because I could feel nothing,” Mangold said.

Since then, she has been hospitalized, had surgeries and spent time in care facilities while working to recover. She is in a care facility now.

Her immediate goal is to get strong enough to transfer herself in and out of a wheelchair or into a vehicle.

“My goal is to go home, with care initially, and then, who knows, maybe I’ll get strong enough that I don’t need that, but that is my goal is to get home,” Mangold said.

To help her do that, a group of Mangold’s family, friends and former coworkers are making her house wheelchair accessible, Peggy Canning, one of the organizers, said.

“She needs a wheelchair accessible bathroom and then her doorways would need to be expanded so that she’s able to move around to get to the bathroom and into the kitchen and to the living room,” Canning said.

The group also would like to move the laundry to a place that is easier to reach, Canning said.

They have installed a cement ramp and a porch on the front of the house but want to build a small ramp in the back as well, Canning said.

To finish the project, Canning said the group needs about $75,000.

Mangold’s health insurance has reached a limit, and she is funding her care herself, according to the people helping her.

As of Monday, the group had raised at least $11,015, according to the group’s gofundme page at gofundme.com/f/d4mmdm-bring-jackie-home.

As a special education teacher, she worked to ensure her students’ success in and out of the classroom, sending information about job opportunities their way and congratulating them when she saw them in the workforce, Canning said.

She has stayed in contact with her former students and helped them, according to the district. Mangold’s efforts to help others have also included raising money, donating money and providing basic needs such as food, clothes and furniture.

How to help Jackie Mangold

Donate at the gofundme page, gofundme.com/f/d4mmdm-bring-jackie-home.

Teaching in the Quad-Cities: School districts looking to their students to meet need for teachers

A room always carries the fingerprint of its occupant and this classroom had all four fingers and the thumb and palm print too.

Jackie Mangold, in the striped shirt, is a retired Rock Island-Milan teacher who was seriously injured in an accident. Her loved ones want to make her house wheelchair accessible so she can live independently again.

Jackie Mangold, behind Santa Claus, is a retired Rock Island-Milan teacher. She was injured in 2021 and, at least for now, is required to use a wheelchair. Friends, family and former colleagues want to make her home more accessible.