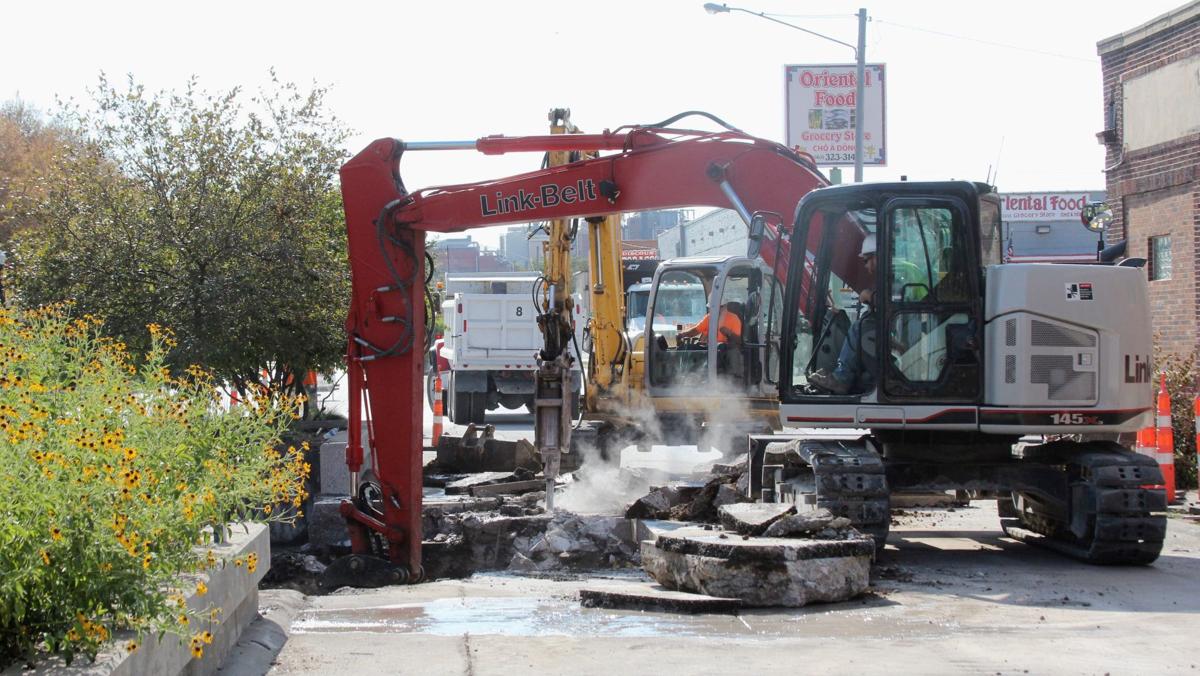 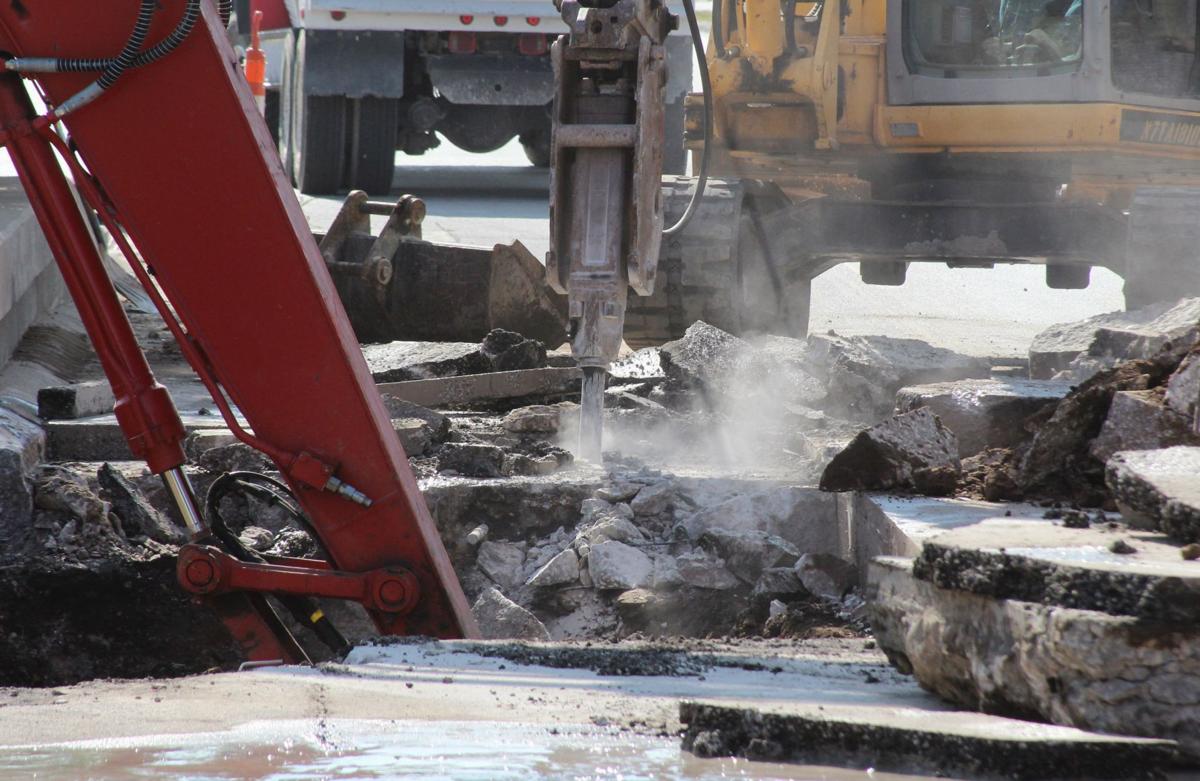 Now that the Mississippi River has fallen, work to repair a sinkhole in the median on Davenport’s River Drive between Gaines and Brown streets has begun.

However, the work will require that the two westbound lanes of River Drive between Brown and Gaines streets will be closed until work is completed sometime before the end of August.

“There’s a large-diameter storm sewer that runs underneath that median,” said city engineer Brian Schadt. “It’s so deep that water sits in the pipe virtually at all times.

“We found a sinkhole in the center median over which we’ve put a plate,” he said.

That sinkhole is obscured by the median, but it is deep, he added.

With the Mississippi River standing at just above the 7-foot mark, the river has dropped enough to allow crews to dig down deep enough to get to the top of the pipe, “and figure out the extent of the repair.”

Schadt said that bid on a plate to cover the river opening has been made just in case the Mississippi starts to rise again. “If the river goes up, we’ll put a plate on the end and pump it dry and allow the repair to finish,” he added.

Still at 7 feet, water is about half way in the pipe where digging is occurring, he said.

While River Drive is closed, westbound traffic will be diverted onto Western Street, and then onto 2nd Street and back onto River Drive at Warren Street.