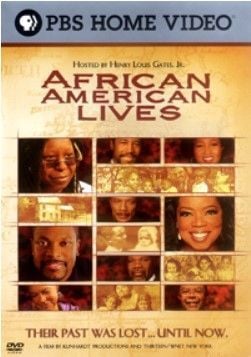 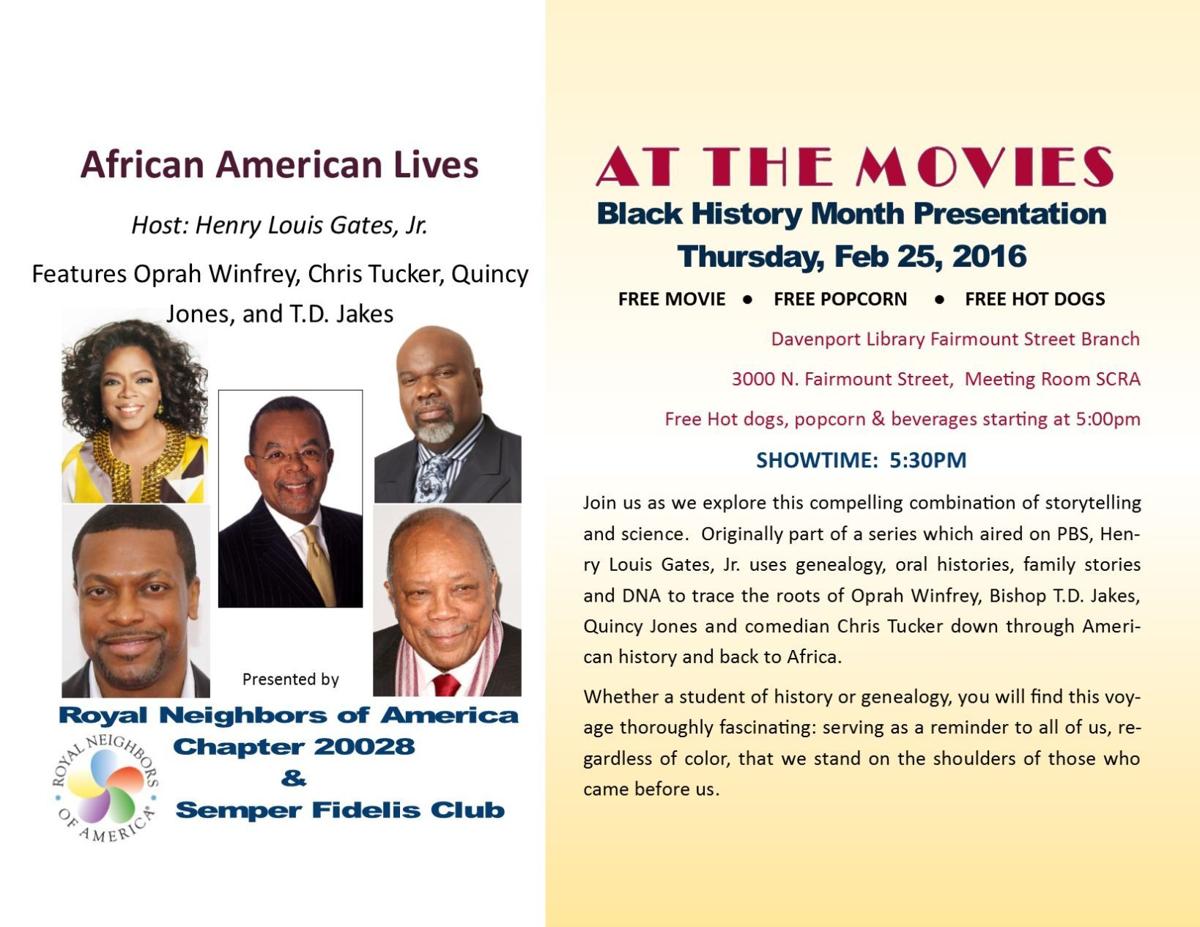 Two parts of a PBS miniseries about prominent black figures will be featured at the next At the Movies event sponsored by Royal Neighbors of America Chapter 20028 and the Semper Fidelis Club.

The event, which celebrates Black History Month, begins with free hot dogs and popcorn at 5 p.m. Thursday, Feb. 25, at the Fairmount branch of the Davenport Public Library, 3000 N. Fairmount St. The presentation of "African American Lives" will begin at 5:30 p.m.

The show offers a blend of storytelling and science. Henry Louis Gates, chair of the Department of African and African American Studies at Harvard, sits down with Oprah Winfrey, Chris Tucker, Whoopi Goldberg, Quincy Jones, neurosurgeon and Republican presidential candidate Ben Carson, astronaut Mae Jemison, evangelical bishop T.D. Jakes and sociologist Sara Lawrence-Lightfoot. The first two parts of the four-part series will be shown. It originally aired on PBS in 2008.

At the Movies was created to introduce the Quad-Cities to movies written or directed by African Americans or that feature a predominately African American cast; the goal being to highlight issues of cultural awareness and diversity and facilitate togetherness through the arts.

An employee of Arconic Davenport Works was injured Friday in what the company has described as an incident.

A Davenport man was arrested Saturday for allegedly kidnapping and threatening his girlfriend with a knife.

A cyclist who was hit by a car and killed Thursday has been identified as Debbie L. Schroder, 78, of Moline.