Dean Wright opened his bicycle shop in October 2020. Not once has it been fully stocked.

Some bikes and parts have taken months to come in, while others have yet to reach Wright Cycles, 2018 16th St., Moline, at all. Wright has resorted to buying parts from Amazon at full retail price or doing what he can to make old parts new again to keep bikes moving through the store and customers happy.

“It’s been an exercise in creativity,” Wright said.

In the middle of the COVID-19 pandemic’s second summer, demand for bikes is still high and supply is still behind. Local bike shops are getting by with what they’ve got as orders for parts and whole bicycles run months behind schedule and customers keep coming by to buy up what they have.

If Jerry & Sparky’s Cycling and Fitness manager Jerry Neff ordered bikes today, he said he wouldn't see most of them until 2022 or even 2023 for certain models.

People are calling to check if the store has models they just can't supply, and some bikes are sold before they even hit the floor. A customer came from Chicago to pick up a bike because they couldn't find one closer.

"We can't get everything we need, but we've done okay," Neff said.

Healthy Habits bike shop owner Bruce Grell said it’s a miracle if a bike put on the floor Wednesday stays through the weekend.

In 2020 business was so good for Healthy Habits it was almost unmanageable, and is still better than it was in 2019. If supply would keep up it would be even better.

The supply of children's and lower-end bikes has been severely low for almost a year, Grell said. They've had to turn away beginner cyclists because they don't have the types of bikes they're looking for. The shop also sells used bikes, which has helped provide customers with bikes.

"It's disappointing to not be able to take care of a customer, you feel like you're letting them down, but it's completely out of our hands," Grell said.

Before he opened the shop, Wright began ordering bikes just as demand started to rise last summer. He said if he had ordered bikes any later, he might have not gotten them until 2021. There’s about a month-and-a-half wait for the bicycles he’s ordered right now.

“I'm in the Midwest here, I need bikes in April, May, June, not October, November, December,” Wright said.

Finding parts to repair bikes has also proven to be difficult. Jerry & Sparky's anticipated the boom and bought what was available to prepare, but some are still on a wait list.

Repair orders at Healthy Habits are twice what they normally are, Grell said, and he reduced shop hours to keep up with them and restock.

It's been hit-and-miss to find parts, especially for older bikes. Certain chains and free wheels are incredibly hard to find right now, but the shop owners are doing what they can.

'You're in the car to drive': Quad-Cities bike shop owners react to cyclist death

A bicyclist struck and killed Thursday by a speeding motorist was the third cyclist fatality in Quad Cities in the last month. Local bike shop owners say drivers need to be more attentive.

Issues with the supply chain can in part be attributed to the bullwhip effect, Wright said. This effect refers to fluctuations in demand that create larger ripples the farther back in the supply chain you go, from retailers to manufacturers.

Shops that saw higher demand ordered much more than usual in response, and the supply wasn't ready for it. Pairing this with slower manufacturing due to factory closures, shipping interruptions and COVID-19 restrictions created a large disparity between supply and demand.

Custom building has been moved to the back burner due to the shortages and needing parts for repair. These bikes are built from the frame up with specifications from the customer, but pieces are hard to find, causing delays and substitutions.

"That's what we really enjoy doing here is like the kind of more custom custom stuff, we just aren't able to do it effectively or efficiently because of parts shortages," Wright said.

Kathy Storm, a member of the Quad Cities Bike Club, said she was able to buy an electric bike in July 2020 with no issues, but when her husband, Bill Storm, ordered a rebuild and repaint of his bike in November, it wasn’t finished until March. One part had yet to come in, and he ended up finding it at a shop in Colorado and shipping it here.

A friend of Storm’s waited eight months for her bike frame to be repaired after an accident, from last August to April this year.

“A lot of us right now who would like to get a new bike or parts, we’ve just backed off shopping unless it’s something that’s just broken,” Storm said.

Neff said the store has seen shortages like this in its 50-year history as a result of strikes or other events, but 2021 has been one of the busiest years they’ve had.

No one can with full confidence predict when the supply chain will return to normal, but it won’t be happening anytime soon.

“We’re not alone, everybody’s in the same boat we are,” Neff said.

'I'm just grateful there are people like that out there': Bettendorf man receives new bike from Quad Cities Bike Club

Joe Stewart has been riding a bike to work for a decade, and after more than a month of walking due to a broken bike, the Quad Cities Bicycle Club has given him a new one. 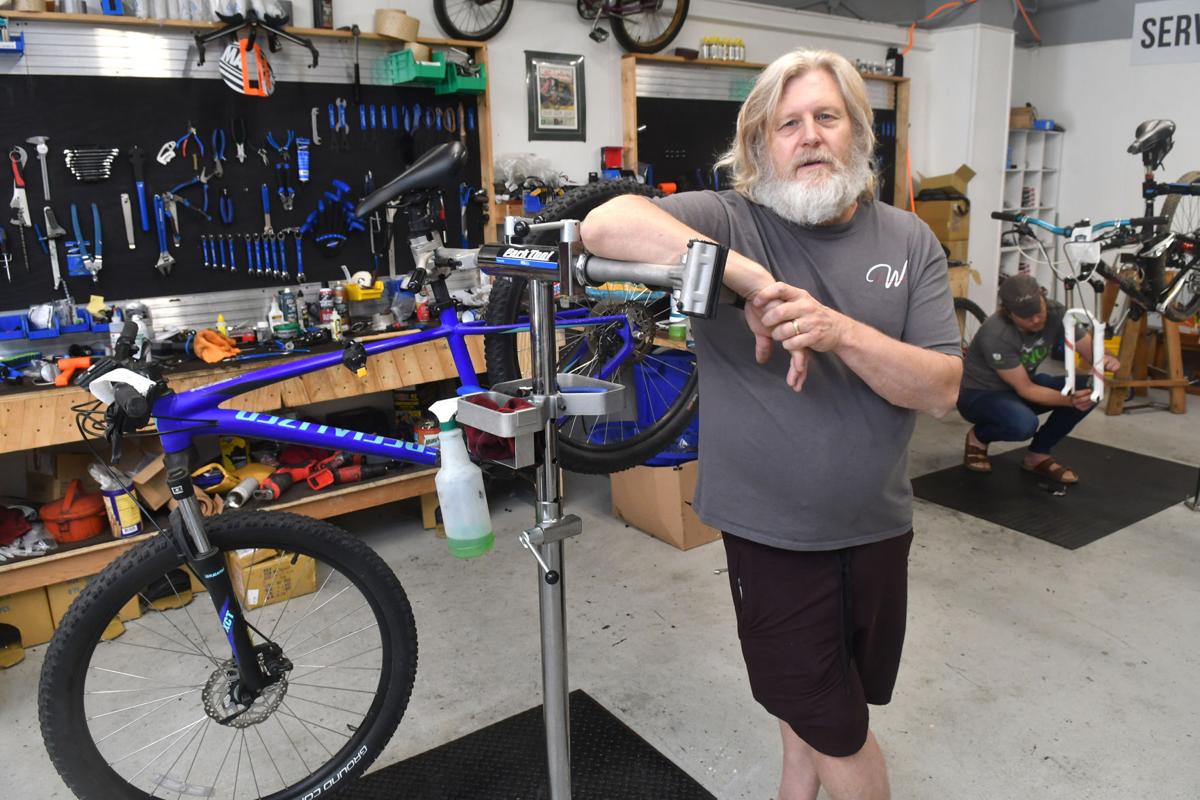 Dean Wright, owner of Wright Cycles in Moline, works on a customer's bike. Wright opened his bike shop in October 2020 during the pandemic. He and other bike shops are experiencing extreme supply shortages as people continue to create increased demand. 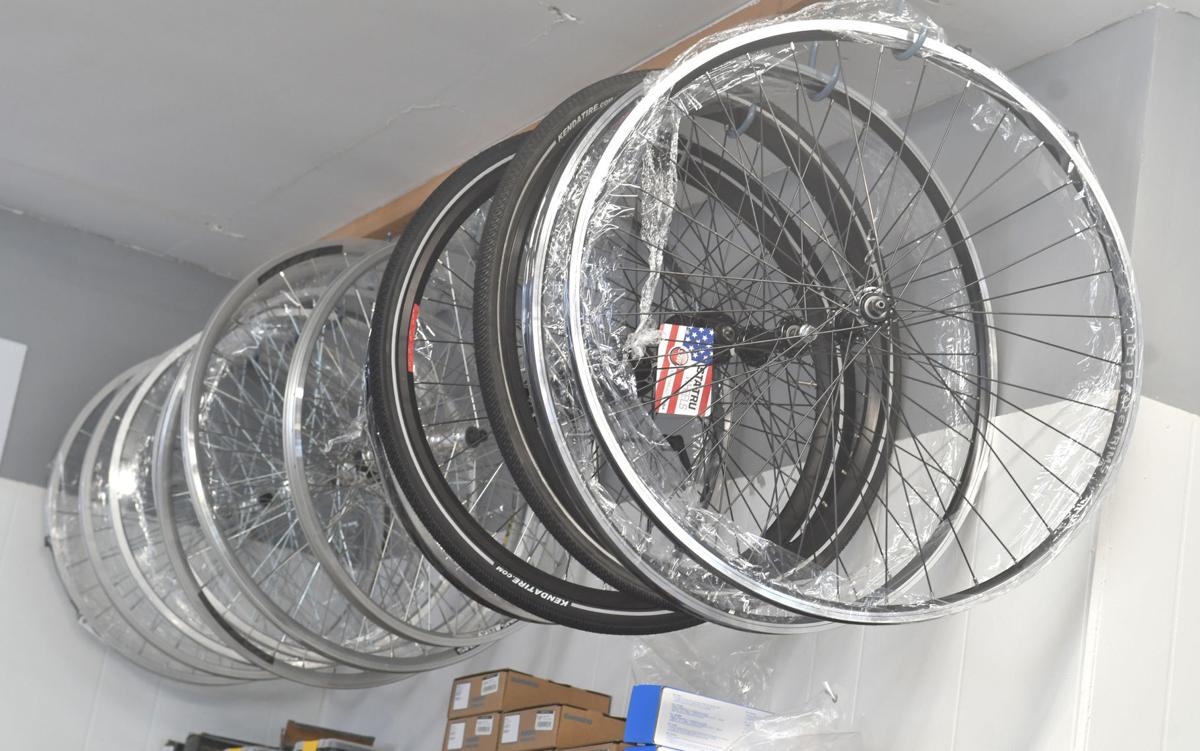 Dean Wright opened his bike shop in October 2020 during the pandemic. He and other bike shops are experiencing extreme supply shortages as people continue to create increased demand. 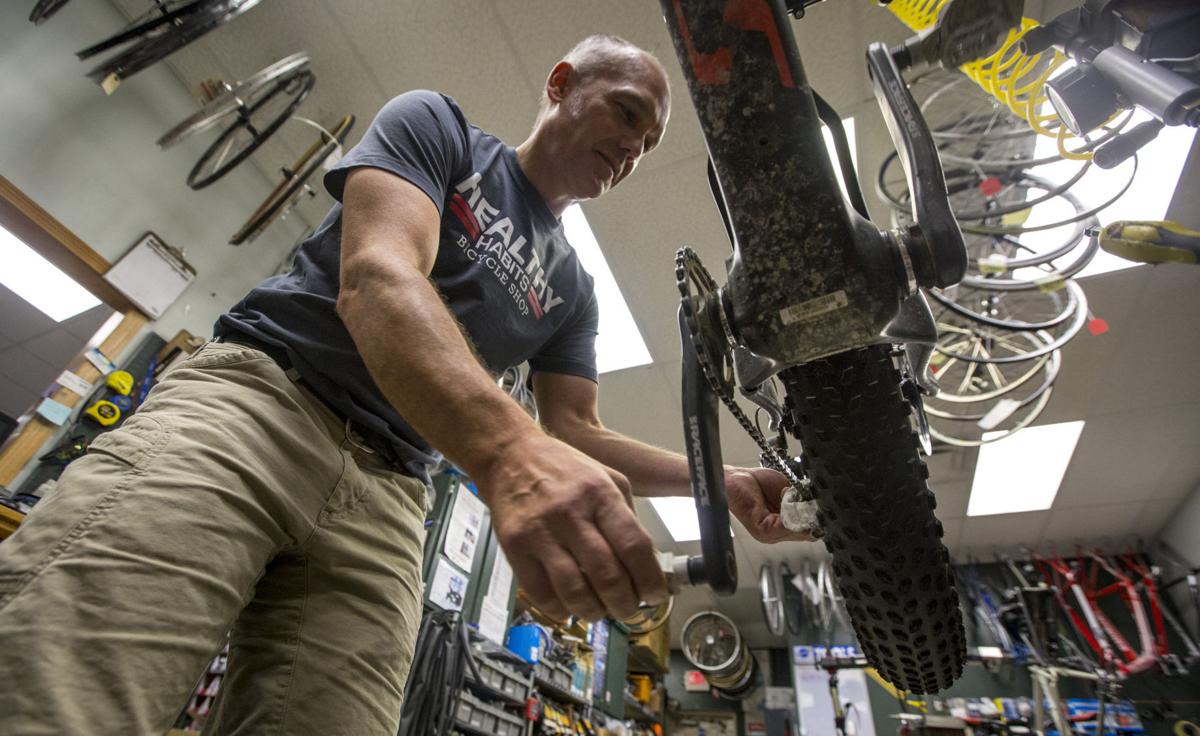 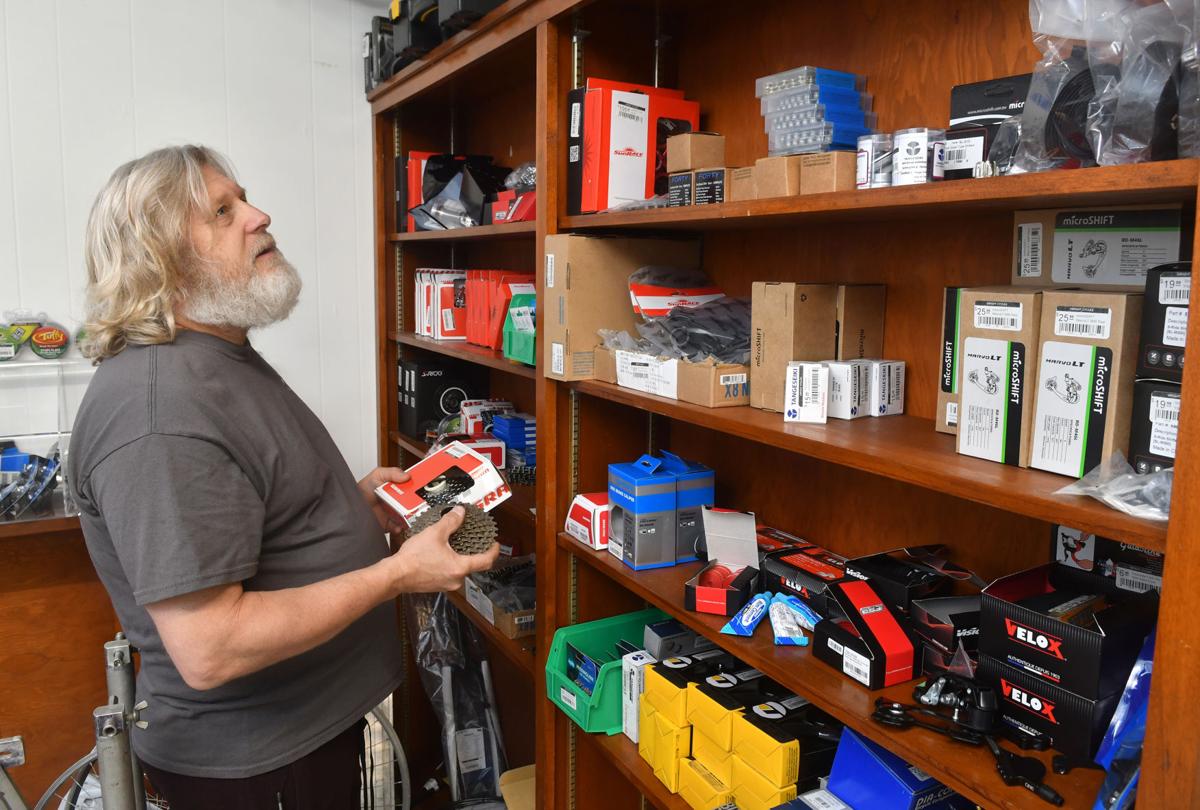 Dean Wright, owner of Wright Cycles in Moline, looks through his inventory of bike parts as he works on a customer's bike. Wright opened his bike shop in October 2020 during the pandemic. He and other bike shops are experiencing extreme supply shortages as people continue to create increased demand.