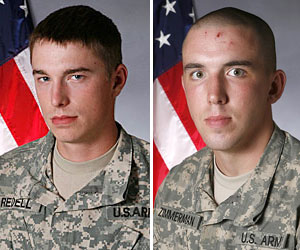 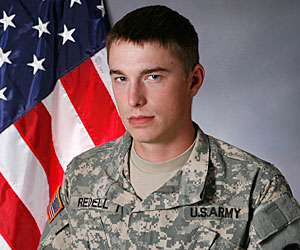 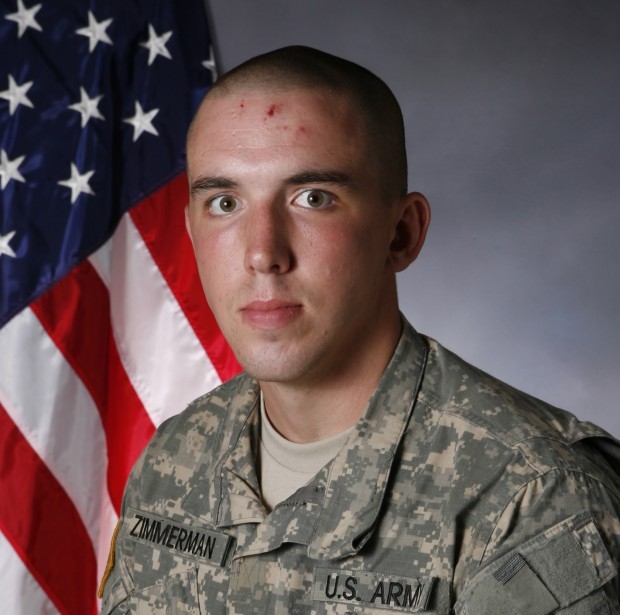 The soldiers, members of Dubuque-based Company A of the 1st Battalion, 133rd Infantry, 2nd Brigade Combat Team, 34th Infantry Division, were on patrol Feb. 21 when the the IED exploded near their armored vehicle. Redell was driving.

Elise Redell said her son arrived in Texas on March 1.

She reports that her son is in good spirits despite a long list of injuries received in the blast. He has fractures to his neck, back and jaw, and broken bones in an arm and leg, but no neurological damage. He is expected to be at Brooke Army Medical Center for four to six months.

“He is a very lucky young man,” she said.

Redell’s attitude also got a boost when he was moved out of the intensive care unit last week. and into a room he shares with Zimmerman, Elise Redell said.

“They had a little bit of time to talk,” she said, explaining that Caleb doesn’t remember the explosion. “I think that helped him.”

Darien Ramsdale, the man paralyzed in shooting in District of Rock Island in 2020, dies

Darien Ramsdale, the 23-year-old man who was paralyzed after being hit by a stray bullet in the District of Rock Island on the morning of Aug.…

Some alumni of Alleman High School in Rock Island have withheld donations amid a lack of response from leadership about concerns of falling enrollment.

Striking UAW workers say a judge’s order that is limiting their picketing activities outside a Davenport plant was issued improperly, and they…

Update: One organizer of the rally says this rally has been canceled and its organizers support the injunction. Another, Honda Wang, tweeted t…

'Italia had a big heart': Italia Kelly's mom remembers her daughter, and the long-time friend accused of killing her during a night of civil unrest

Italia Kelly was just transitioning into adulthood when she was shot to death in the Walmart parking lot in west Davenport. She had just moved…