At age 94, Pastor Gabriel Barber retires from Temple Baptist Church after 46 years
0 Comments
Share this
1 of 2 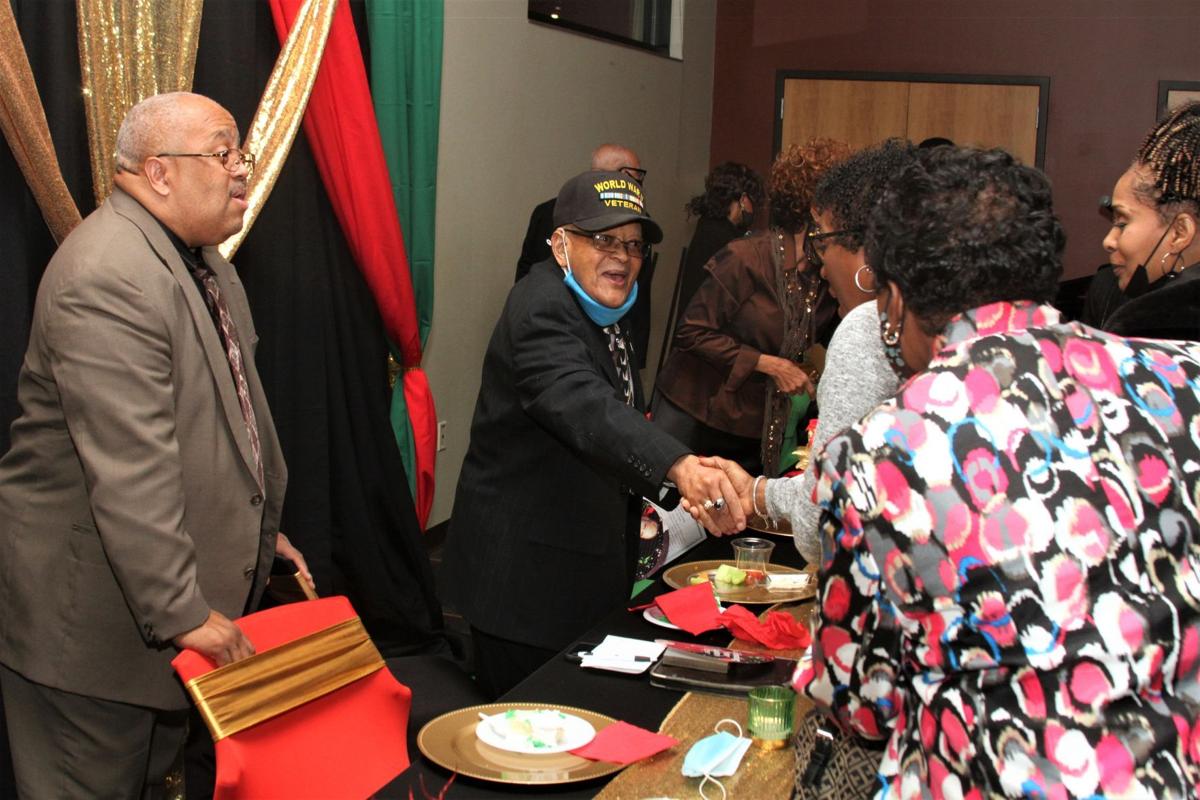 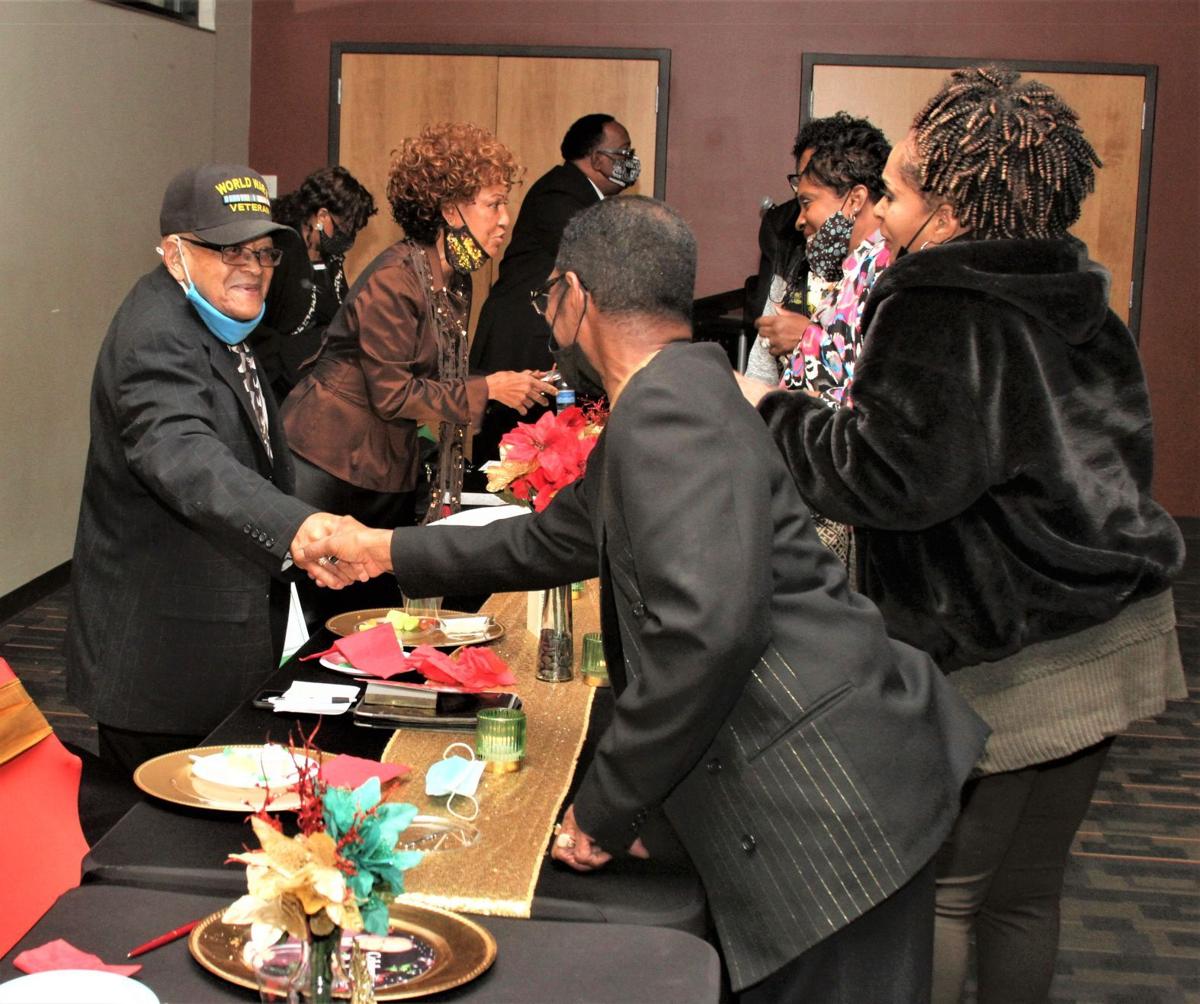 For the fourth time — and some say it could be the fifth time — Rev. Gabriel Barber III, pastor of Temple Baptist Church in Davenport, is retiring after 46 years of leading his flock.

At 94 years old, Barber — who uses a cane but otherwise is in good physical and mental health for anyone half his age — said he wants to sit in the back of the church and “hear what the ushers are really talking about.”

During a reception — and in some instances a roast that kept Barber and the audience laughing — Friday night at the Martin Luther King Jr. Community Center in Rock Island, ministers from both sides of the Mississippi River, along with many from Temple Baptist and other area churches, celebrated Barber’s decades-long commitment to the Quad-City community he has and his late wife, Lee, served since moving to the area in 1945.

“Pastor Barber has retired several times before,” Deacon William Harrison of Temple Baptist Church told a crowd of about 50 people gathered for the event. As he said it, the audience chuckled. “But this is it,” Harrison added. “I don’t know if this is retirement three, four, five or what, but you can’t keep a good man down.”

One of the attendees, to the delight of the crowd, said, “I was reluctant to come because I wasn’t sure there wasn’t going to be another one after this one.”

This list of Barber’s accomplishments is long. A World War II veteran, Barber served as a truck driver late in the war finally ending up in Bremener Harbor, or Bremerhaven, Germany. He retired from Farmall after 40 years. He served for 30 years on the Rock Island County Board. He also was a longtime precinct and township chair. Lee worked as a county bailiff. The two have a park in Rock Island named for them: Gabe and Lee Barber Park that was dedicated in July of 2007.

Rock Island attorney Arthur Winstein, who has practiced law in the area for more than 30 years, said before the event that, “I truly do not remember a day in my career that Rev. Barber wasn’t a huge part of the community.

“He was the man to go to when you needed anything and I just grew up respecting and loving him dearly and knowing him and his family,” Winstein said. “He was the only 5-foot giant in the Quad-Cities.”

While several mentioned that Barber is only about 5 feet tall, they all said his heart his huge.

Minister Stanley Jackson, of Temple Baptist Church, told the audience before the tribute and roast section of the program began that Rev. Barber, “Inspired me.”

“He was an inspiration to listen to,” Jackson said of Barber. “He was a man of integrity and wisdom and knowledge. He was a mentor to me, an influencer to me. He devotes himself to God and never gives up. He trained me, he taught me, he loved me, he kept me from being eaten up by the tigers, lions and bears and wolves, I’m talking about humanity that are trying to get that sin on you to keep you from reaching heaven. This is what Rev. Barber was about.”

Just before the tribute and roast portion of the event, Barber’s son, Gabriel Anthony Barber IV, told the crowd to a roar of laughter that, “You can’t roast what’s already well done.”

Robinson then turned to the elder pastor and said, “And you are my friend, because I’m going to tell you what I did. I skipped about four hours of ‘Gunsmoke’ just to come here,” as the crowd burst out into laughter.

Rogers Kirk Jr., Pastor of Third Missionary Baptist Church in Davenport, said of Barber that, “Every Timothy needs a Paul, and he has been my Paul. I came here 27 years ago, and since every pastor needs a pastor, I asked him to be my pastor and he agreed, and he was just that: He was my pastor.”

The Rev. Joseph Williamson III, who is in his 29th year as pastor of Second Baptist Church in Rock Island, told the crowd that he moved to the area at the age of 37.

“I was determined I was going to maintain my health and I got into the Rock Island Fitness Center," he said. "I would get there at 5 a.m. and the first person I would see there would be Pastor Barber.

“I never did catch Pastor Barber,” Williamson said. “I don’t think Pastor Barber broke a sweat. I could not believe the shape he was in and he always gave me a word of encouragement. He encouraged me in my ministry and when we had a revival he would walk down to the revival. He’s been a friend and a mentor to me and I just think he is a blessing to our community.”

Virgil Mayberry, a former county board and Rock Island City Council member, said he met Barber in 1965 and that Barber has always simple called him Mayberry. “I don’t think he knows my first name is Virgil,” as the crowd laughed.

“We don’t know how special this man is,” Mayberry said. “Wherever you see him if you’ve got a question or anything he can answer it.”

The Rev. Marvin Jenkins, of Union Missionary Baptist Church in Waterloo, during his words of inspiration to the crowd, said Barber was asked by Christ to go forth and “feed his lambs, feed my sheep.”

Jenkins said that Barber’s longevity is due to his love of Christ and his fellow man.

“Love is the anchor that has kept this man on the wall for all these years,” Jenkins said.

Blizzard warnings issued for states in the northeast

Blizzard warnings issued for states in the northeast