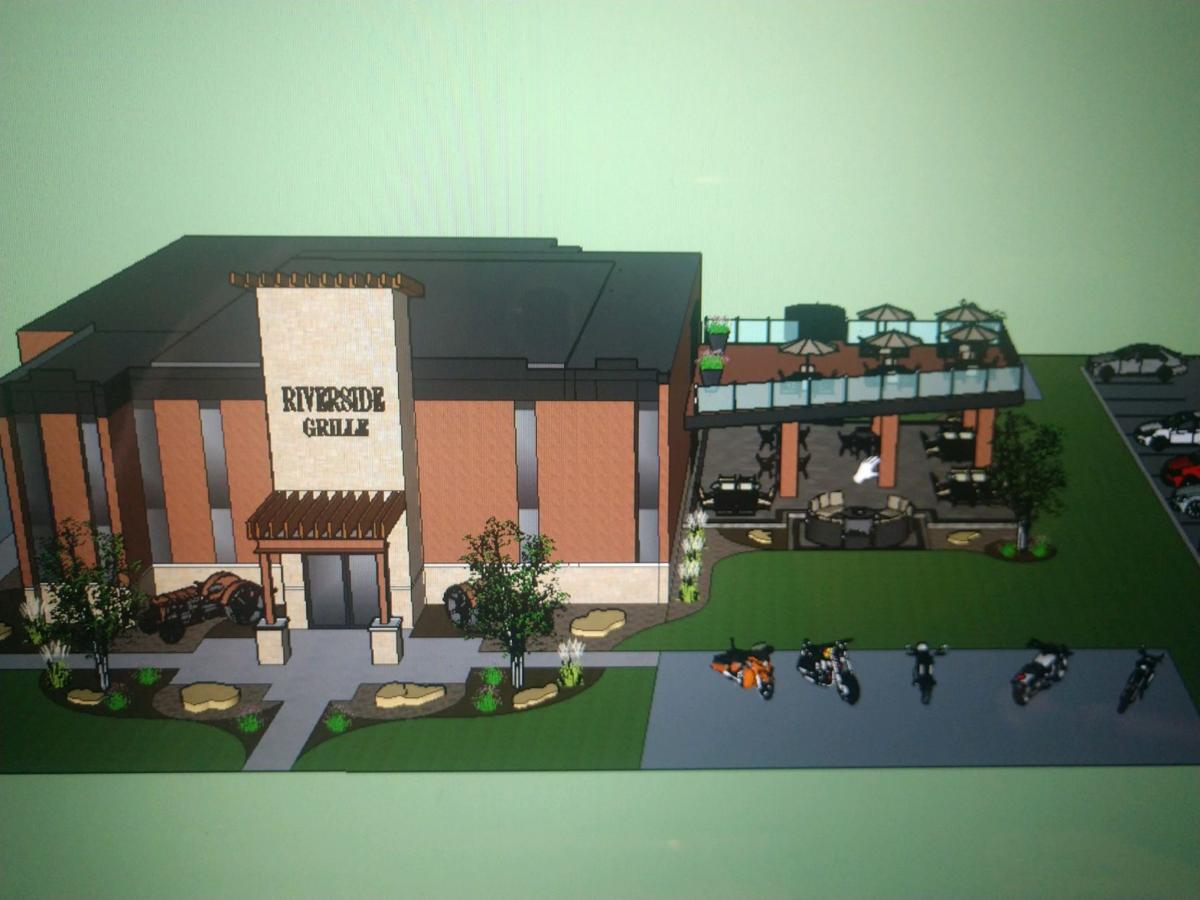 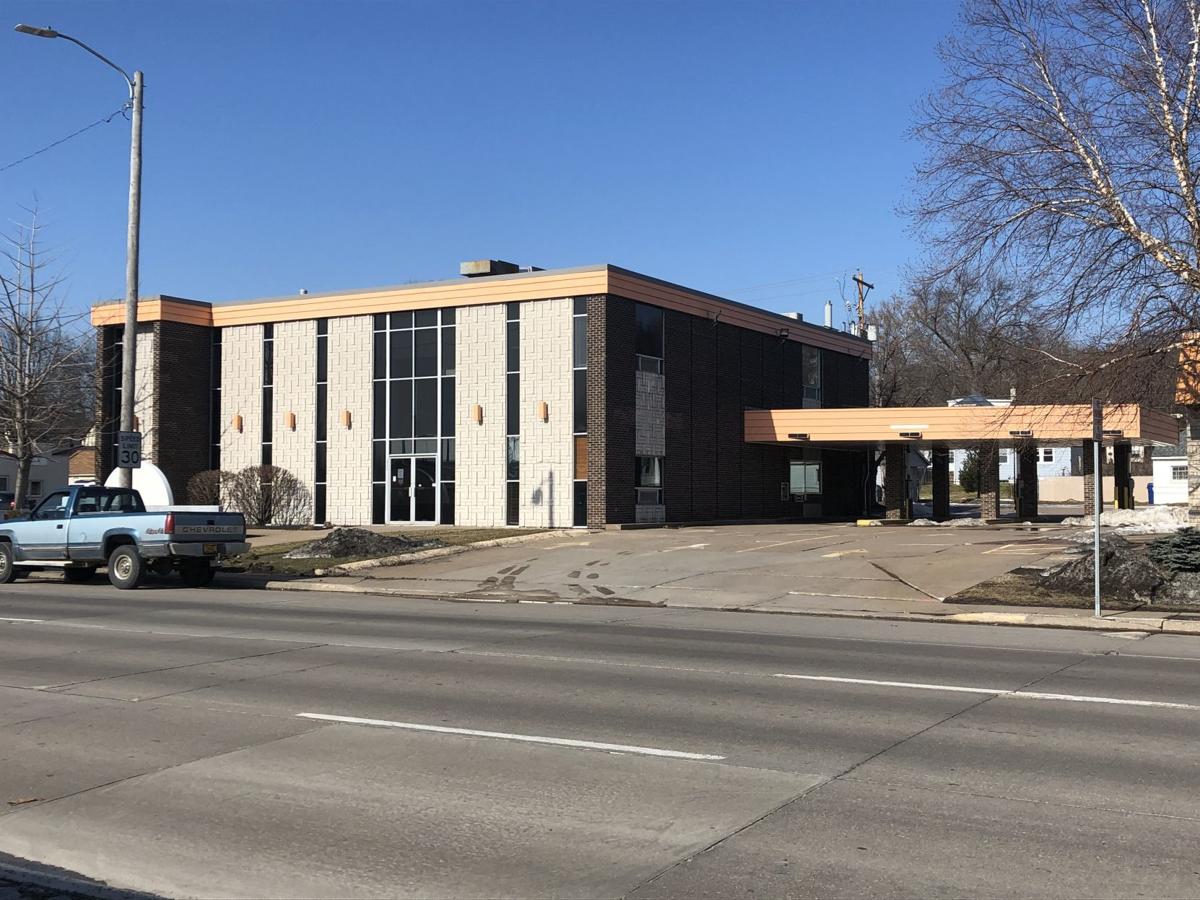 The old headquarters of Ascentra Credit Union in downtown Bettendorf will become a new, contemporary restaurant under new ownership. The city sold the building to Mohr Holdings, owned by Dave Mohr.

A new contemporary restaurant with outdoor dining is on the menu for the former Ascentra Credit Union headquarters in downtown Bettendorf.

Mohr Holdings LLC, owned by Dave Mohr of Bettendorf, is purchasing the two-story brick office building from the city of Bettendorf, which acquired it as part of a development agreement with Ascentra. In August, Ascentra opened its new $10 million headquarters down the street at 2019 Grant St.

Mohr, who owns Riverside Grille in downtown Bettendorf, has agreed to pay $475,000 for the Ascentra building, 1710 Grant St., as well as an adjacent parking lot at 421 17th St. The purchase was unanimously approved Tuesday night by the Bettendorf City Council.

In an interview, Mohr said the restaurant will replace his Riverside Grille but he has not decided if the name will move forward.

"The main thing for me is to have an outdoor venue," said Mohr, whose Parkside bar/restaurant on the edge of downtown Moline features outdoor volleyball courts and hosts outdoor music events.

Mohr has worked for four years with Jeff Reiter, the city's economic development director, to secure a standalone location for Riverside Grille. Although the restaurant, located in the 1800 block of State Street, does well, he said when "April hits people want to be outside. They have cabin fever."

The entrepreneur pitched two options for the Ascentra building during negotiations with the city, including a rooftop dining option that excited city leaders. But on Friday, he said he has eliminated that because of the roof's structure and because a new elevator would be required to access it.

The building has some interesting features including the vault, but Mohr said he has not spent enough time in it to determine any final plans, including what to do with the second floor. He plans to use the building's overhang (drive-thru structure) for a walk-out patio. "I do decks, patios and landscapes, so it will be a cool structure," said Mohr, who also owns New Image Landscape.

As part of the development agreement with Mohr Holdings, Reiter said the city will retain the property's two outbuildings at 1730 and 1738 Grant St. and demolish them to build a new free city parking lot for downtown. The buildings have served many purposes over the years including as the credit union's drive-thru and the former Fireplaces Plus store.

One of the benefits of the new shared parking lot, Mohr said, will be the exposure it will provide. "When you're coming down Grant Street, it will be right in your face."

Redevelopment of the Ascentra building has been a priority for the city, which first issued a request for proposal, or RFP, in August. Reiter said the Mohr Holdings was the only developer to submit an plan.

"I think Mr. Mohr is sparing no expense to make this a pretty awesome amenity for downtown Bettendorf," Reiter told the city council during a presentation Monday night. He added Mohr will make a "significant investment," and will be responsible for all renovation costs. No incentives are being offered for the project.

In an earlier interview, Reiter said the city had solicited several area developers to consider the site and sent the RFP to site selectors. He attributed the lack of other interest to some of the property's restrictions, including the city's desire to keep the outparcels and an agreement with Ascentra that the building could not become a bank or financial institution in the future.

“I think there were some developers that considered it, but re-imagining what it could possibly be was a stumbling block for some folks,” Reiter said.

Jerry Schreiner wants the city of Rock Island to stop harassing him.

Davenport School Board to discuss budget cuts, including proposal to close Keystone Academy

The Davenport School Board will discuss proposals to reduce district costs Tuesday night during a special meeting, which is open to the public…

Updated: Some area schools are delaying the start of classes because of the bitter cold

Here's the list on this very cold Valentine's Day.

Cannabis cafes may be allowed in Rock Island

Cannabis smoking lounges may soon be coming to Rock Island.

The old headquarters of Ascentra Credit Union in downtown Bettendorf will become a new, contemporary restaurant under new ownership. The city sold the building to Mohr Holdings, owned by Dave Mohr.