Ickes: Part of portrait mystery exposed
0 Comments
Share this
1 of 2 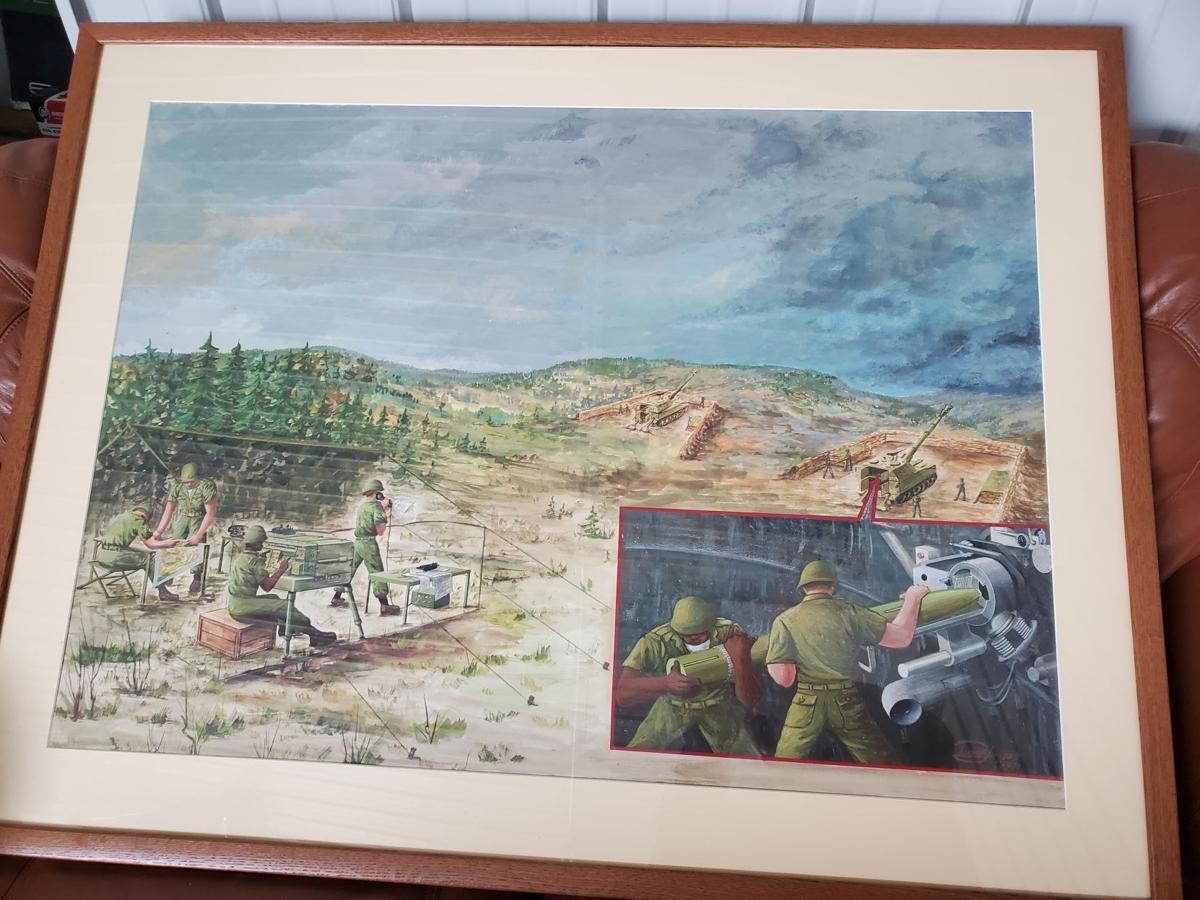 This painting by Ladd Yuhash reportedly resided at the Rock Island Arsenal until a building remodel. It recently was purchased from a second-hand shop in Iowa City. It is dated 1971 and identified as a Vietnam-era painting. 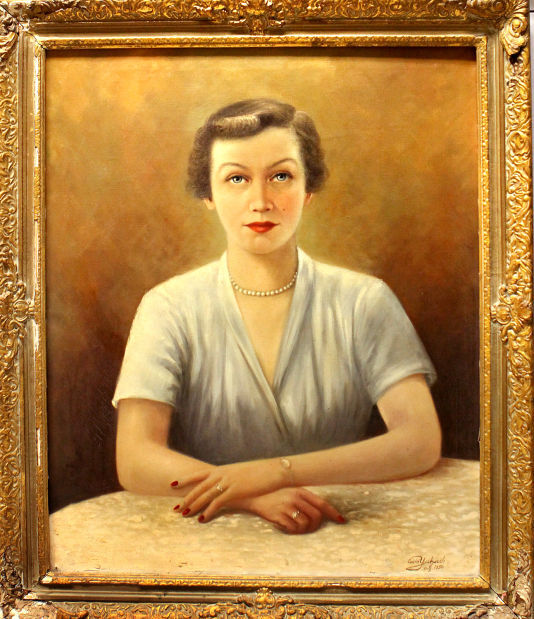 The identity of the woman in this portrait, saved from a Dumpster at a former Rock Island County facility, remains a mystery.

The mystery woman's secret still is safe, but more of the story is revealing itself.

Nearly 30 years ago, a Rock Island County employee dug a portrait out of the trash, which someone had dumped during a building renovation. When the employee was preparing to retire in 2013, he took the portrait out of a county storage basement and went looking for answers.

Who was the woman in the painting? She must have been important. And who was the painter?

A couple of promising trails went cold, and I never was able to identify the mystery woman.

But the painter, Ladd Yuhash, made a reappearance last week.

Greg Kaltenheuser bought a Yuhash painting at a second-hand store on Gilbert Street in Iowa City about 20 years ago. In researching his find recently, he came upon my 2013 column and sent an email last week, asking what I know about the artist.

It was like dipping an old bone in new gravy.

One of the few things I had learned about Yuhash eight years ago was that he painted the Rock Island County mystery woman, but he'd also painted one of the portraits of Dwight D. Eisenhower that hangs in Eisenhower's library/museum in Abilene, Kan. I also knew Yuhash had some connection to the Rock Island Arsenal.

Fortunately, Yuhash's only child has an uncommon first name, Ildiko. Finding her on Facebook, her profile showed a list of friends, and one happened to have mutual friends with me. I sent a message to Darcy Miller, asking if she could help me locate Ildiko Miller, because I was looking for information on Ladd Yuhash, and I suspected her friend was Yuhash's daughter.

"Actually, his daughter is my mom, Ildiko. I am his granddaughter, Darcy," came the reply.

By Tuesday, I was on the phone with Ildiko Miller. And I was thrilled.

She told how her dad was born in Hungary in 1922. When he was about 20, he became a prisoner in the Nazi concentration camp at Dachau, Germany.

"He was sent there, because he refused to fight for the Nazis," his daughter said. "He talked a little about it, mostly the starvation — eating bugs and grass.

"The prisoners were being marched away from Dachau one day when the guards began to disappear. The U.S. soldiers had come. Some of them spoke French, which was one of several languages he spoke."

Yuhash didn't share much more about the nightmare of Dachau with his young daughter, but he did say one of the Americans gave him a Camel cigarette, and he continued to smoke them throughout his life.

A few years after World War II, a priest who had been Yuhash's boys' club leader in Hungary became his immigration sponsor, and he moved to Ohio, Ill., in 1949.

In the early 1950's, Yuhash and his wife, Ingeborg ("Inge"), moved to Rock Island. Back in Europe, he had training as a painter and tried to make a go of it here, taking commissions from husbands who wanted portraits of their wives.

He had a studio at 38th Street and 18th Avenue in Rock Island, which is where an Aldi grocery store sits today. His little family lived in the same building, and Yuhash tried to make a living as a painter and art teacher.

His daughter isn't sure what year he took a job at the Arsenal, but she thinks it was in the late 1950s. There, he worked in research and development and ultimately held a number of patents related to military arms and ammunition.

In fact, Miller thinks the piece purchased in Iowa City by Kaltenheuser served as a patent illustration when it was painted in 1971. A note on the back of the painting, indicating it previously hung in an office at the Rock Island Arsenal, suggests she is correct. Coincidentally, that painting (likely a mural) also was removed from the building during a renovation.

"He was at the Rock Island Arsenal for quite a few years," his daughter said. "He was transferred to New Jersey around 1977."

He had remarried, and his new wife kept all of his artwork, Miller said, including the self-portrait he did shortly after the liberation of Dachau.

"He wasn't a small man, and he was down to about 90 pounds," she said. "We asked about the paintings, including some my mother had done, but she wouldn't part with them."

But a silver lining has emerged.

Earlier this month, Darcy Miller happened to find some of her grandfather's paintings for sale on eBay. The family bought four of them, two are of Yuhash's wife and two are of his daughter, Ildiko. Two of the portraits were shipped Saturday, and the others are expected to arrive this week.

"When I was little, he was just the best grandpa; all I knew him as," Darcy Miller said. "As I’ve aged, I’ve grown to learn he was pretty amazing."

We may never know the identity of the woman wearing pearls whose portrait once hung in a county-owned building in Rock Island. But we do know more about the artist, illustrator, teacher, inventor, father, grandfather and concentration-camp survivor who painted her.

And now it feels like that's what mattered all along.

Why elephants are the only mammals that can't jump

Why elephants are the only mammals that can't jump

It feels like we're having a shortage of everything, except extreme weather and arguing.

This painting by Ladd Yuhash reportedly resided at the Rock Island Arsenal until a building remodel. It recently was purchased from a second-hand shop in Iowa City. It is dated 1971 and identified as a Vietnam-era painting.

The identity of the woman in this portrait, saved from a Dumpster at a former Rock Island County facility, remains a mystery. 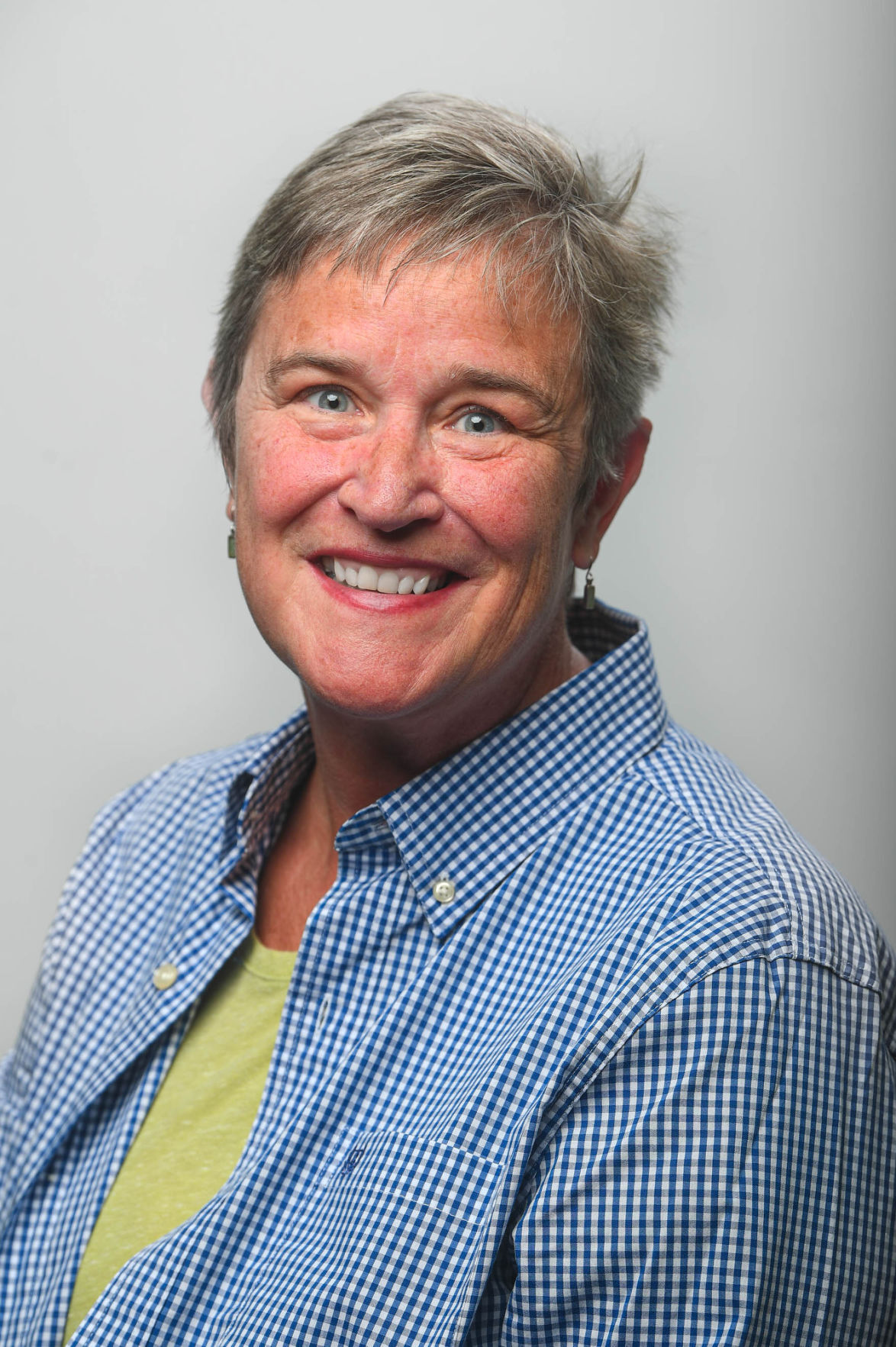