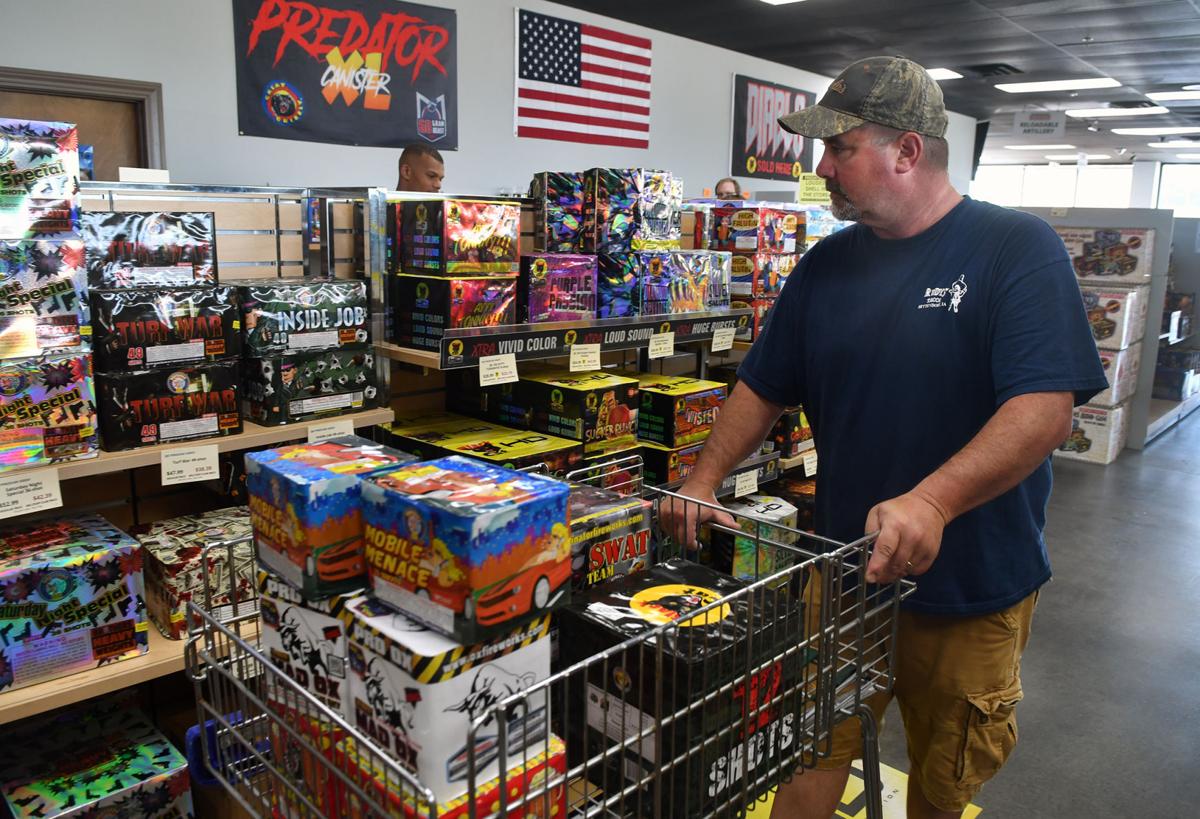 Bettendorf advanced a plan Tuesday to place a temporary ban on permanent fireworks-selling buildings downtown. In this file photo, Ken Scheib of Bettendorf fills his cart as he shops at Crossroads Fireworks on July 1, 2019, in Bettendorf. 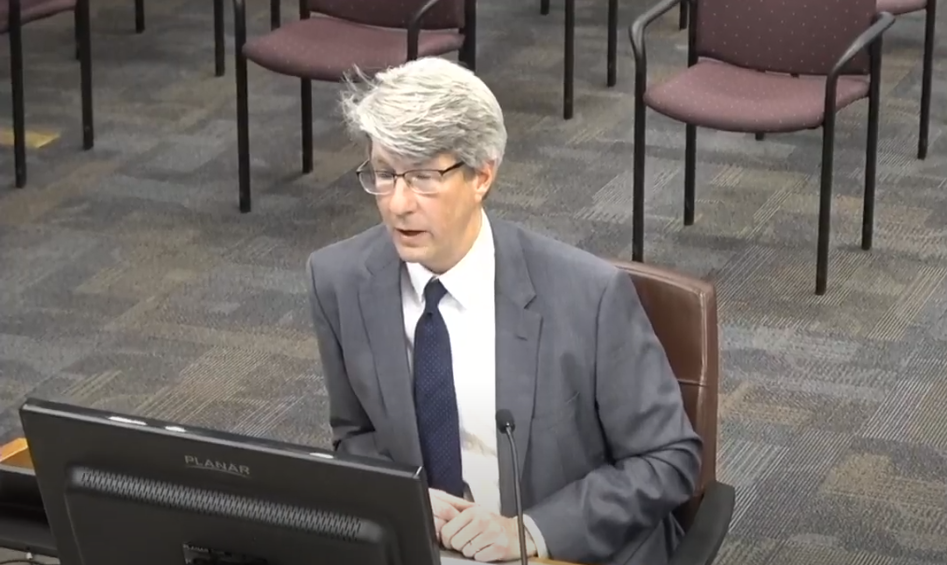 Chris Curran, city attorney for the City of Bettendorf, explains to council members a proposal for a 120-day moratorium on permanent buildings downtown that primarily sell consumer fireworks.

On Tuesday, the city council advanced a plan to its Planning and Zoning Commission to place a 120-day moratorium on such buildings.

Bettendorf’s City Attorney Chris Curran told council members the moratorium would give staff and council members time to parse through Iowa’s fireworks laws and determine if the city can make an amendment to its downtown district ordinance to ban permanent fireworks-sale buildings downtown.

In 2017, Iowa legalized the sale of consumer fireworks, and Curran said that led to initial confusion on what a city could do to regulate fireworks sales.

“At this point it seems clear that one of the areas the city has leeway in regulating the sale of fireworks is through zoning,” Curran told council members Tuesday.

There are some banned business types under the ordinance governing what the downtown overlay district can look like, as well as rules for what landscaping and outdoor structures look like to make a more uniform downtown.

The overlay district has been in place in some form since about 2002, said Bettendorf Community Development Director Mark Hunt

The planning and zoning commission would issue a recommendation on the moratorium at its meeting Wednesday, Curran said, and the council would then have to reconsider it based on the seven-member commission’s recommendation.

If the council wants to make the moratorium permanent and city staff determine it to be lawful, Curran said the council would have to take it to the planning and zoning commission, then to the council for three readings.

“This (moratorium) would allow council and staff to review, and allow council ultimately to determine whether an amendment would be made,” Curran said.

Cooling down Earth's core: What would happen if that became a reality?

Cooling down Earth's core: What would happen if that became a reality?

A DeWitt man is facing sexual abuse charges after police said he raped a woman.

Bettendorf advanced a plan Tuesday to place a temporary ban on permanent fireworks-selling buildings downtown. In this file photo, Ken Scheib of Bettendorf fills his cart as he shops at Crossroads Fireworks on July 1, 2019, in Bettendorf.

Chris Curran, city attorney for the City of Bettendorf, explains to council members a proposal for a 120-day moratorium on permanent buildings downtown that primarily sell consumer fireworks.