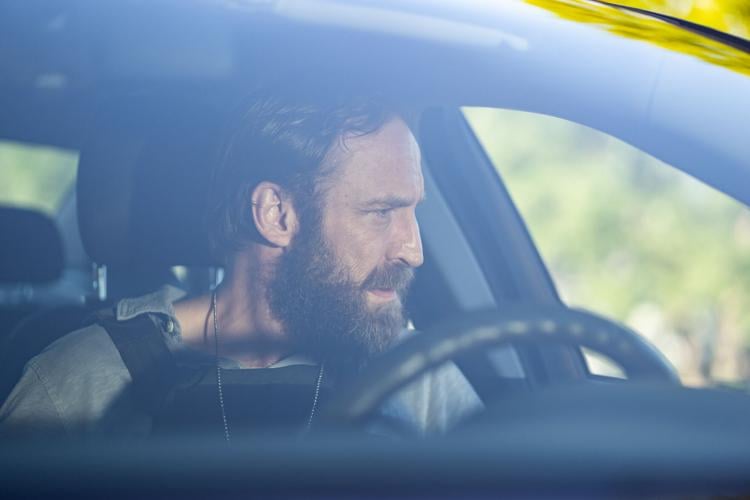 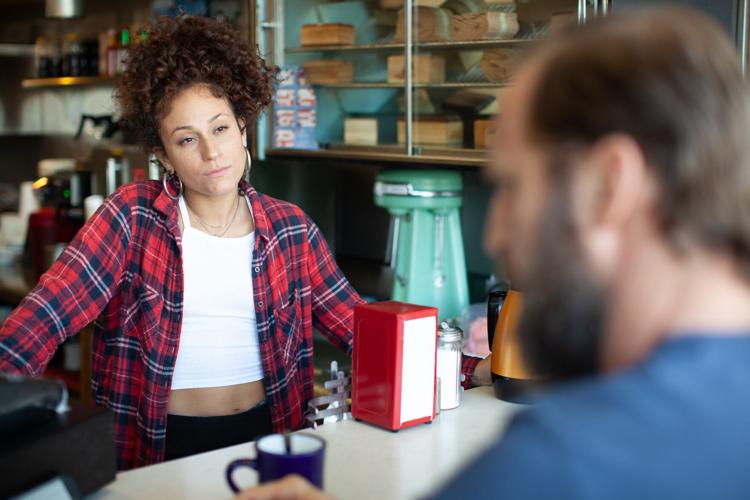 One of the more interesting challenges Josh Guffey faced in making his debut feature film was to procure a pet for Tony Todd, the actor who played the original "Candyman."

The Bettendorf native spoke with the actor regularly over the phone leading up to the filming of "All Gone Wrong," and Todd sometimes would even call Guffey in his persona of Lamont Hughes, the heavy hitter in an underground drug ring operating out of Kewanee in the film. It was during one of these calls that Todd said his character needed a pet — some kind of reptile or tarantula to sit in his office.

As the request came just days before Todd was set to arrive for filming, Guffey began panicking. Luckily, producer Michael Kennedy was able to find the owner of a frilled-neck lizard, who dropped the lizard in its tank off at the bar office they were filming in just before Todd got onto the set.

"In the corner of this room is the dragon, the frilled dragon, it's like 6 inches long or something," Guffey said. "And (Todd) was like, 'OK, cool. All right, I can work with this.'"

This is just one of many stories Guffey has gathered throughout his 13-year journey of writing and directing "All Gone Wrong," which will be released Jan. 27 on streaming services like Apple TV+, iTunes, Amazon, Vudu, Google Play and cable-on-demand.

The film follows a law enforcement agent, played by Jake Kaufman, as he works to uncover a drug network operating out of Kewanee after a rookie cop was killed during a bust.

Originally premiered at the 2021 St. Louis International Film Festival, "All Gone Wrong" has received multiple awards since its release.

"It still doesn't feel totally real to me, to be honest," Guffey said.

Guffey's path to putting "All Gone Wrong" into the world began at the University of Iowa. He'd been interested in videography since taking a television production class at Bettendorf High School, and he said transitioning to college helped him realize that making movies could be a vocation, rather than just a hobby.

As he heard stories about undercover narcotics jobs from his sister, a Bettendorf Police officer, and other officers, Guffey said one true story stuck in his brain, of a drug task force officer who went undercover in Kewanee to help curb the town's struggles with drugs.

After he graduated in 2008, Guffey started his first draft of "All Gone Wrong" — the title and essence of the film stuck around through all its iterations, Guffey said. He met Kaufman early on in his work on the project and stuck with him through it all, but day-to-day life kept the film on the backburner for many years.

"Over all those years, you're making a living, you're raising a family, but I always wanted to keep moving this project forward," Guffey said. "So it wasn't until 2018 when I just basically said, 'I'm going to set a shoot date eight months from now, and we're going to make this movie. And that was sort of the moving train that I needed."

More people came onto the project, and by June 2019 they were ready to go. Guffey said they were able to get a cut of the film finished before the COVID-19 pandemic shut down much of the film industry and spent 2020 refining "All Gone Wrong."

Working with Todd and other staff and producers was like a dream come true, Guffey said, and he's been grateful for the work they put in and the support they offered.

"At all stages making this movie, it's just been kind of like a kid in a candy store, because you get to work with so many talented people," Guffey said. "You just get to be along for the ride to see everybody's best work, and I was just very fortunate."

Kaufman said he met Guffey on the set of a web series, and there was a certain energy about the Bettendorf native that hooked him in. They ended up fueling each other's creative energy and working on multiple projects together, all the while bouncing thoughts and ideas around about "All Gone Wrong."

Being able to look at the finished product after more than a decade thinking about it is amazing, Kaufman said, especially since they can now show it to all the others who supported them through it all.

"It's a long ride, but it's been a great ride, especially now, on this side of it," Kaufman.

Have a look at the nearly completed restoration of the Capitol Theatre in Davenport and the craftsmen who pulled it off.

Davenport is looking at a number of options for replacing Steve Ahrens, who managed leases, planned events, and was the face of the Davenport …

The new promoter for the Capitol Theatre in Davenport has some serious Iowa entertainment chops.

Among the updates at Moline's city pool, Riverside, are three slides and a lazy river.

Scientists can tell what you eat by analyzing your hair

Does having more moons in the sky mean a longer time on Earth?

Does having more moons in the sky mean a longer time on Earth?

Carbon capturing concrete could be the future of green construction

Carbon capturing concrete could be the future of green construction